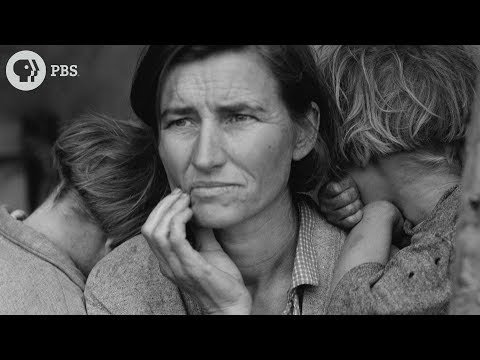 The Dorothea Lange photograph known as Migrant Mother brought the plight of Depression-era farm workers to the public. The photo of Florence Owens Thompson and her children was taken in 1936 in Nipomo, California. Lange wrote the story how the picture came about, but Thompson later contradicted that account. Thompson’s real life story is quite interesting. She regretted her face becoming the image of poverty in America, but her children have come to grips with its influence. -via Boing Boing

Rating Whose Migrant Mother Was This? is 5.0 / 5 Votes: 5
Please wait...
Loading...
Related articles