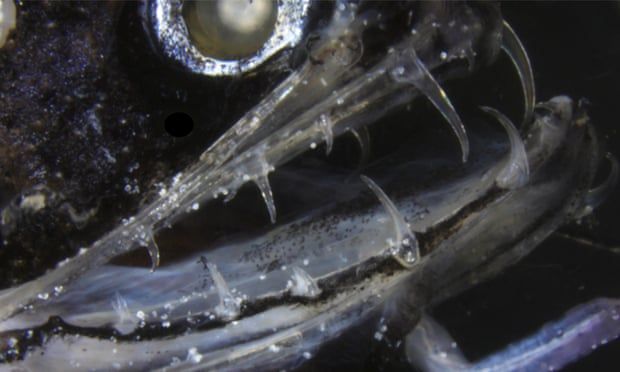 Scientists have revealed that the dragonfish’s so-called invisible fangs are actually made up of the same material as the human teeth. The dragonfish, a deep sea species called Aristostomias scintillans, has virtually-transparent fangs that are made up of an outer layer of enamel – but unlike the enamel in our teeth – they contain nanoscale crystals that prevent light from reflecting off the fish’s tooth surface.

The dragonfish’s “invisible” teeth makes lets them catch their prey easier, as the prey is less likely to notice the predator’s mouth.