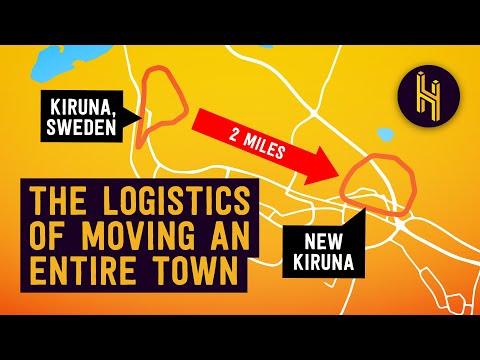 We know how mining towns in the US worked during the gold rush era in the US. Someone found something valuable, a town sprung up to exploit it, and when the resources played out, the town died off. That didn’t happen in Kiruna, Sweden. The iron mine only was very successful, and the town thrived. The mine expanded to follow the iron vein. What could possibly go wrong?

When the underground mining threatened the stability of the town, something had to be done. Kiruna had been there in northern Lapland for more than 100 years, and has 17,000 residents. The solution? Move the buildings and the people three kilometers east. The current plan is expected to take at least ten years to complete, and by then there will be more areas that need to be saved. You can read more about the moving project at Wikipedia. The last minute of the video is an ad. -via Digg