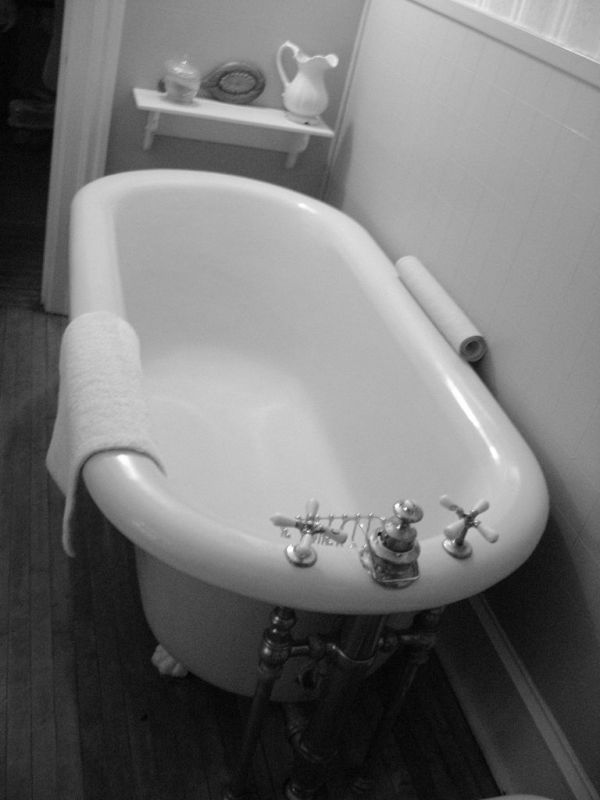 A long, soaking bath is nice, but it often seems not worth the trouble, since you can’t immerse your whole body in that short tub. (The other reason is the prospect of having to clean it, but that’s another subject.) Why are our bathtubs too small?

In order to fully understand the reason why bathtubs aren’t comfortably human-sized, it’s important to consider how the world was different when plumbing first made its way into our homes. “Indoor plumbing came into the United States in the late 1880s,” Jeremy Cressman, a veteran of the residential and commercial bath industry who currently serves as the vice president of sales and marketing at BLANCO America, tells Mental Floss. In the late 19th century it was difficult to make large bathtubs because of the expense involved—though cost wasn’t the only thing governing typical tub size. People were a little smaller, too. And baths tended to be made with cast iron, so they were heavy and difficult to move. (Contemporary bathtubs are often made from fiber-reinforced plastic.)

Ahem, although indoor plumbing “came into the United States in the late 1880s,” it took at least a century to become almost universal. It’s much harder to run water lines than it is to string wire along poles. But to answer the question of why your tub is so short, you have to run through the history of American bathtubs, which you can read at Mental Floss.