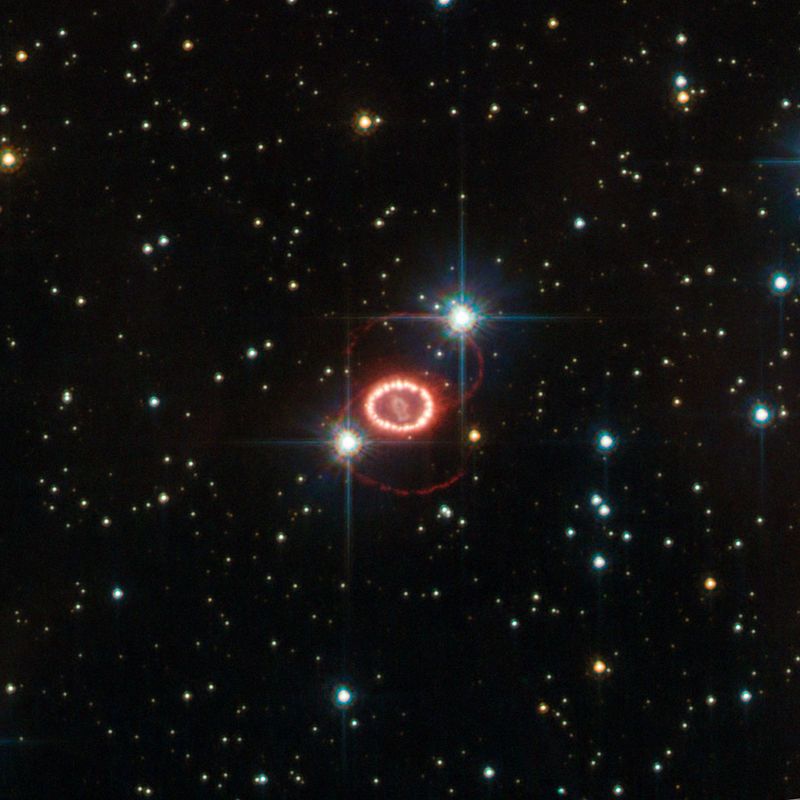 The explosion of a supernova is a magnificent sight. It emits an incredible amount of energy as well as dust particles that would drift off into space. Supposedly, a supernova’s blast waves should destroy everything in its path but a new observation by astronomers with SOFIA show the opposite.

The new study is based on observations of a nearby supernova explosion, called Supernova 1987A. When it was discovered in 1987, it was one of the brightest supernovae seen in 400 years! Due to its close proximity, astronomers have been able to monitor its impact on the surrounding environment continuously for the past 30 years.

SOFIA’s observations of the iconic supernova suggest dust may actually be forming in the wake of the powerful blast wave. These results are helping astronomers solve the mystery surrounding the abundance of dust in our galaxy.

Rating Why Astronomers Are Surprised By Supernova 1987A is 5.0 / 5 Votes: 4
Please wait...
Loading...
Related articles