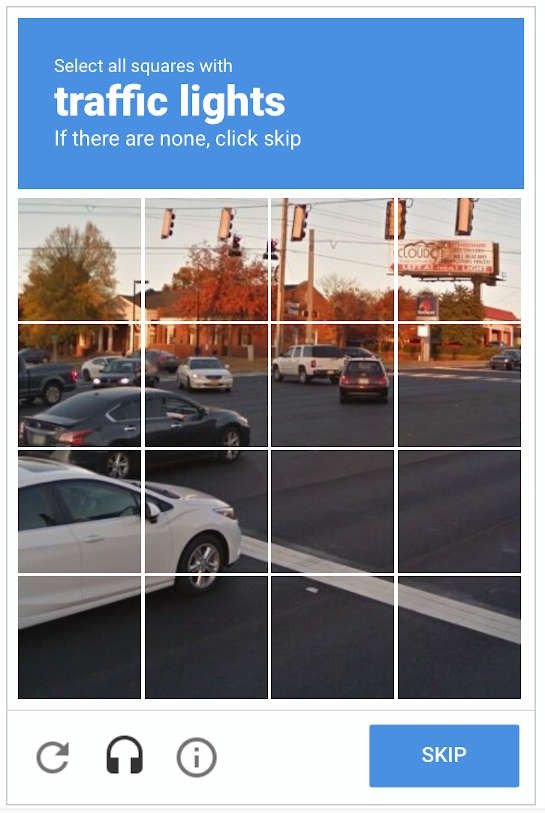 Every once in a while, you have to get through Google’s CAPTCHA system to access something on the internet. It can get annoying, especially on those days you run into several of them. Identifying traffic lights, buses, or signs can be a chore, especially if you don’t see perfectly. But beyond the resentment of having to prove your humanity, you sooner or later realize that the images are just plain bad.

CAPTCHA pictures are often shot from extremely awkward angles — angles that we humans would never pick.

When you or I take a picture, we typically shoot from the view from our eyes. We’re usually holding the camera; our body is inherently involved in framing the view. But CAPTCHA photos were taken to train self-driving cars, so they were shot from the vantage-point of cameras mounted on Google’s Waymo experimental vehicles. That’s why the angles are just so oddly off.

Clive Thompson identified six ways that the images are unsettling to the human eye, which altogether show us how artificial intelligence sees the world. It must be depressing to be a robot. But by contrast, these reasons give us insight into what a real human sees instead, and how the human point of view is so much better. Read what he found at OneZero. It could make the chore of proving you’re human a little more interesting. -via Digg