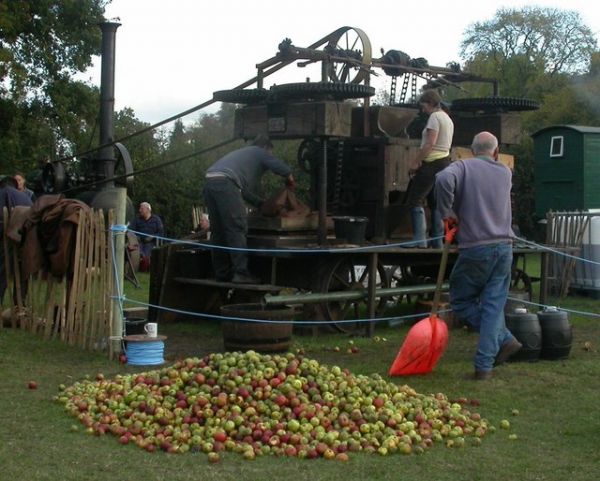 In the US, apple cider is sold in the produce section of grocery stores, and making cider is a children’s activity at fall festivals. Everywhere else, cider is an adult drink that contains 4-6% alcohol, what Americans would call “hard cider.” Europeans call American cider “apple juice.” Why the difference? The explanation requires a history of both American drinking habits and apple cultivation. And a little chemistry.

In the American colonial era, there was only one form of apple cider: cyder. This type of beverage, a fermented product usually between 4-6% ABV, was brought onto the continent by colonists in the 17th century. Unlike barley and grapes, apples grew in New England with ease. New England residents in the 18th century consumed cider generously: an estimated 15 to 54 gallons per year.

Cyder was the most commonly produced drink in colonial America—the beverage of choice for most Americans at a time when imbibing water was questionable. Not only was it easy to obtain and affordable to produce, but the fermentation process guaranteed it would be free from disease-causing pathogens, writes Amy Stewart in The Drunken Botanist. Even as Puritans denounced distilled spirits, cider and other low-alcohol products remained in good repute.

Changes came about from immigration, the temperance movement, and the Industrial Revolution. Read why American cider is different at Atlas Obscura.