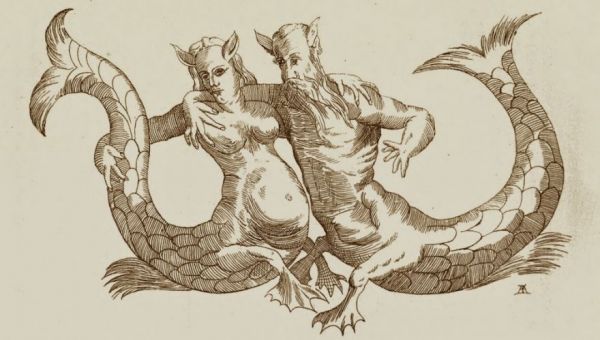 Between 1450 and 1700, mermaids and mermen were a sensation in Europe. The teachings of the Church, ancient writings, and strange new discoveries all fed into the belief in merpeople. Explorers to Africa and Asia has brought back tales of strange creatures such as tigers and giraffes, so why wouldn’t they also find a fish-human hybrid?

One might wonder whether such obsession fueled, or was fueled by, Westerners’ push into unknown worlds in the 15th century. In many ways, this “chicken or egg” conundrum is critical, as two developments—local belief and far-off sightings—created a legitimized belief in merpeople during the Renaissance. It made sense to early modern Europeans that such creatures as mermaids and tritons would reside in the furthest, strangest and most “savage” corners of the globe. Europeans thus found merpeople in every new land they explored, thereby fueling the Christian Church’s centuries-old narrative surrounding these monstrosities, while also validating Westerners’ interest in them.

Europeans not only wanted to “see” merpeople at home and abroad—they expected to, even needed to. Early modern Europeans’ deep-seated acceptance of mermaids and tritons cannot be discounted in investigations of this ground-breaking era. As is still the case today, when humans presume the legitimacy of a belief, they often adjust their worldview to fit these supposed realities. This confidence, moreover, is contagious, as surrounding individuals also begin to believe in those same alleged truths. Perception, in short, is everything.

When explorers began to plumb the vastness of the New World, it was a small stretch to believe the tales of mermaids brought back by sailors. After all, even Christopher Columbus told of seeing them! Read about the rise and fall of merpeople during the Renaissance at LitHub. -via Strange Company