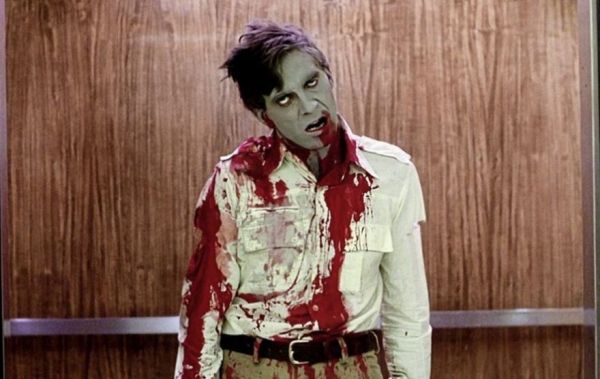 Now that audiences are used to state-of-the-art effects and high quality film delivery, movies that are decades older suffer by comparison. Watching a horror film from the 1970s today, we are distracted by the obviously fake blood that doesn’t look at all like the real thing. To understand what filmmakers got away with back then, we need to run through the history of fake blood. The most popular formula was that of Nextel Simulated Blood, developed by 3M and sold by the gallon.

The distance between Nextel’s blood and the real stuff didn’t go unnoticed. Reviewing Argento’s Deep Red for The New York Times, Vincent Canby called the film “an English-dubbed Italian-made bucket of ax-murder-movie clichés thoroughly soaked in red paint that seems intended to represent fake blood. I don’t think that Dario Argento, the director, meant to distance us from the action in this way. He’s simply a director of incomparable incompetence.” History has largely sided with Argento over Canby, at least when it comes to the overall quality of the director’s classic films. Argento’s blood, however, is another matter. “I was watching clips of Deep Red last night,” Shostrom says, “and it was the same thing. … Even as a kid, I’m thinking, ‘God, didn’t these people ever cut themselves and try to make something that matched?’” If you’re wondering whether Shostrom is joking, he’s not—Smith’s guide actually advises doing this very thing.

Filmmakers will argue over whether realistic blood is necessary or even desirable for a horror film, but you have to admit it looks more real in newer movies. Read the history of fake blood and the cost of authenticity at the Ringer. -via Digg