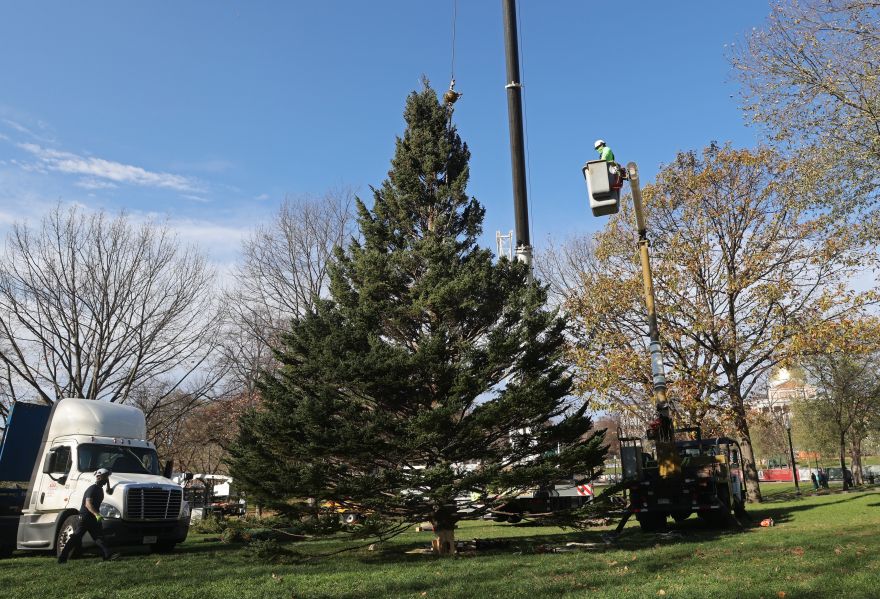 Every year, the people of Halifax, Nova Scotia, send a grand tree to be erected in Boston Common. Why? It’s an annual act of gratitude for disaster relief provided to the Canadian city of Halifax over a century ago.

It’s December 6, 1917. Canada has been at war for three and a half years. The United States has been an ally in that war for several months. There is a feeling of fraternity between the two nations. That feeling would be strengthened that day and soon afterward.

A French ship packed with explosives blew up in the city’s harbor. It was a catastrophic explosion that killed 1,963 people, injured 9,000, and destroyed much of the city. Then a blizzard struck the beleaguered city.

As the Twitter feed for Canadian armed forces in the US describes, the outpouring of help from Americans was huge and immediately. A US warship, the USS Tacoma, immediately steamed to Halifax. The people of Massachusetts raised nearly $2 million in relief funding within an hour and sent a train with doctors and nurses twelve hours after the blast. In a single day, the Maine National Guard established a hospital in Halifax. This American help continued for several months.

Halifax was and remains grateful for what Americans did during the disaster. And so, every year, they cut down a good tree and send it to Boston as an ongoing way to say “Thank you, America.”

-via Nag on the Lake | Photo: Canadian Forces in the US