In the early summer of 55 BC Julius Caesar had already begun his conquest of Gaul three years earlier. At that time the eastern border of the new provinces was located on the Rhine. The Germanic tribes on the eastern side of the river launched incursions to the west under the protection provided by this natural border.

But on the other side of the river there were also tribes allied with Rome, like the Ubians. They offered Caesar ships for the legions to cross the river and attack the Germanic tribes.

The Ubians, too, who from all the nations beyond the Rhine, had sent ambassadors to Caesar and formed an alliance and given hostages, earnestly begged “to bring them help, because they were gravely oppressed by the Suebi; or, if other matters prevented him, let him at least transport his army up the Rhine '; that this would be enough for their present help and their hope for the future; (…) They promised a large number of ships to transport the army. 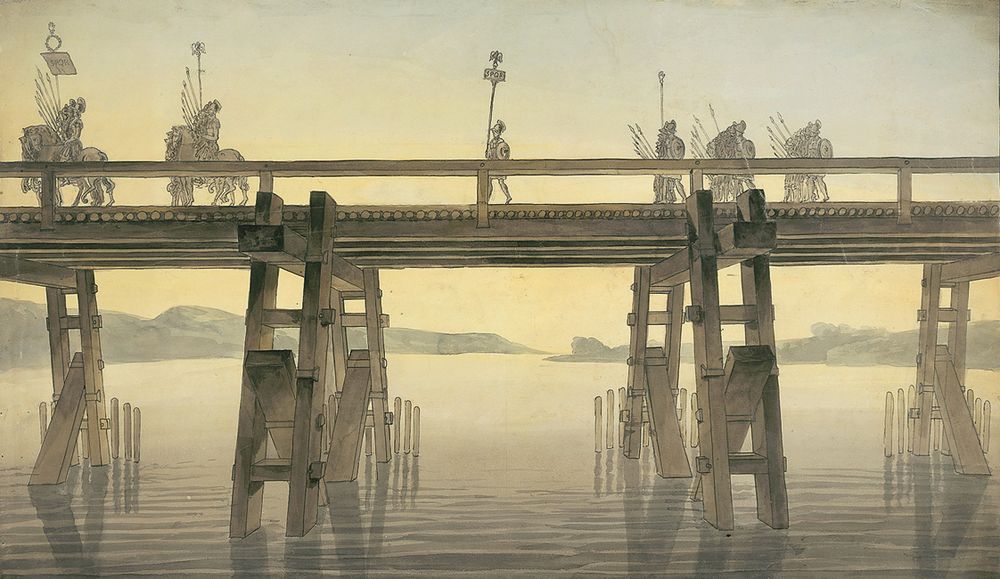