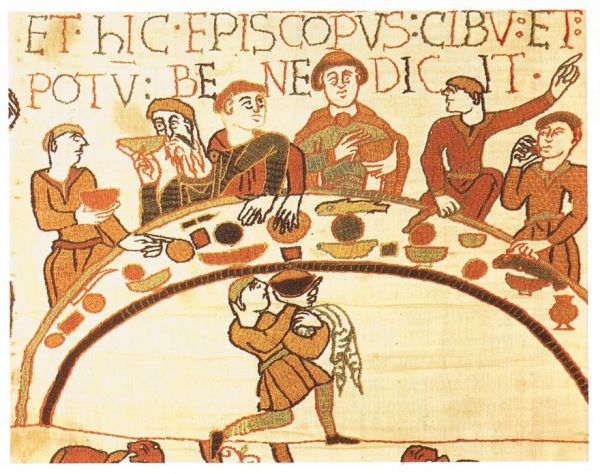 We know some things about life in medieval times that squick us out pretty badly. Medical care was, shall we say, stuck in the Dark Ages, and people with a problem went to a barber to solve it. A growing population began to live in cities with no infrastructure for removing trash or sewage. People didn’t eat with forks and rarely had adequate dishes. Everyone in the household slept in the same room and often the same bed. And how did they take care of their teeth without toothbrushes?

Some studies show that up to 90% of teeth in Western societies had some tooth decay at the turn of the 20th century, just 122 years ago. That figure is down to 30% today, which is still too high but does show the value of toothbrushes and modern dentistry. But get this- in the medieval period, archaeological evidence shows that only about 20% of teeth showed evidence of decay! Today I Found Out looks into why medieval teeth held up pretty well and how peasants cared for their choppers. They also go into the history of the overall hygiene of the period and the customs surrounding bathing and eating with one’s hands.