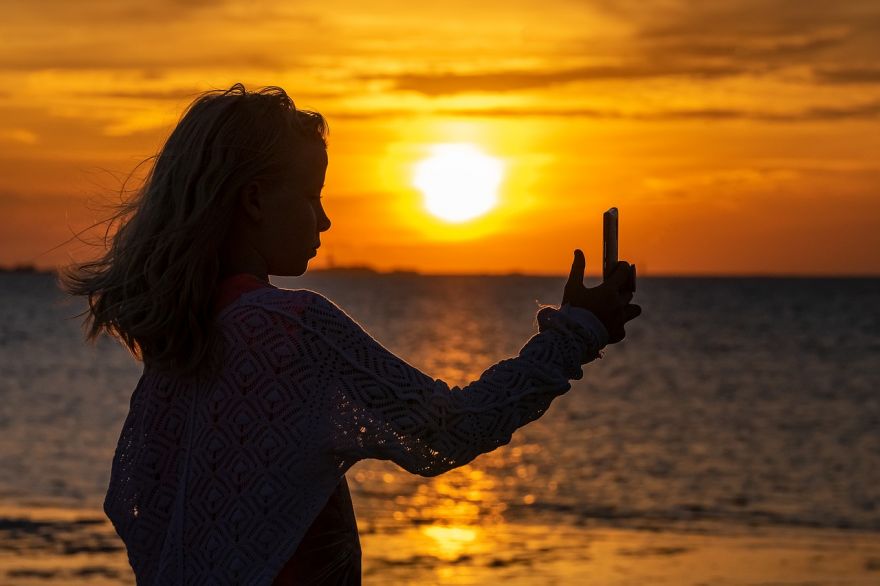 If there’s one thing that you might realize while taking selfies, it is that the one in the picture doesn’t look like your normal self; it’s you but with a bigger nose, and awider forehead. But why does this happen when we take selfies? Gizmodo Asks reached out to a number of experts in photography and psychology and asked them the reason behind this rather perplexing phenomenon. One of the experts, Scott Klinger, has this to say:

Selfies are usually taken with wide-angle lenses, which expand space, distorting the image to get everything in. This works great for landscapes, but not so much for faces—you wind up with a bigger nose, or a bigger forehead. This is why selfies are often taken with arms extended as far out as they can possibly get, or with selfie sticks—the closer the camera is to your face, the more pronounced that distorting effect is. Distance minimizes it, but the distorting effect is still there, and it makes our faces look unfamiliar, which can be disturbing.

Then there’s the fact that people, when they’re looking at pictures of themselves, are often highly attuned to their flaws. They look at the things they don’t like, rather than seeing themselves as someone else might.

Check out Klinger’s full answer, as well as another expert’s explanation, over at the site.