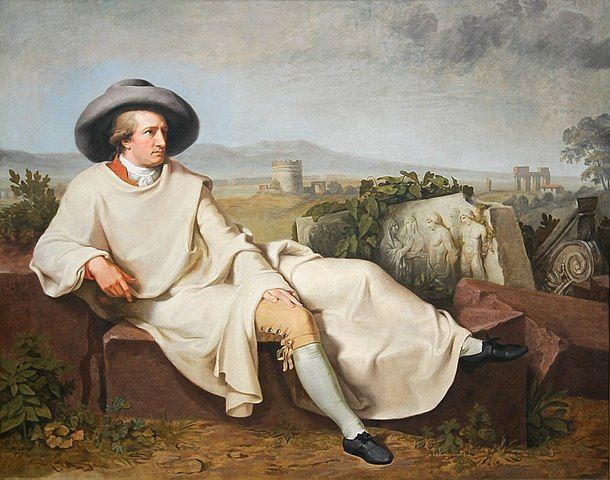 I was caught by this arresting statistic:

There are many historical examples of geniuses in divergent fields. For example, Johann Goethe (1749-1832), who is pictured above, was a brilliant playwright, geologist, biologist, poet, and philosopher. How was he and a few others through history able to rise to the top of not only one field, but many very different fields?

Studies of students in many different disciplines – from academia to sport and music – have shown that, after a certain amount of practice or study, we stop learning so efficiently. We can therefore make better use of our time if we regularly switch between skills or subjects. The same goes for studies of problem solving – you will find more solutions to a task if you return to it after looking at something completely different, rather than simply spending ever more time on the same question.

“You can get into the zone and be very productive up until a certain point, then you need to change your activity in order to come back to it in an optimal state,” says Ahmed. “So I know, for example, that if I was exclusively an artist or a painter, then I wouldn’t be as productive because I would experience diminishing returns – I’d require external stimuli in order to allow me to get over a block.”

Albert Einstein, who was an accomplished violinist and pianist as well as a physicist, apparently used this approach. According to his son and daughter, he would play music whenever he faced an intractable problem, and would often finish the performance by saying, “There now, I’ve got it”. It was a much better use of his time than continuing to fruitlessly agonise over the maths or physics.

-via Marginal Revolution (which is written by polymath Tyler Cowen)

Rating Why Polymaths Are Geniuses in Many Fields is 5.0 / 5 Votes: 5
Please wait...
Loading...
Related articles