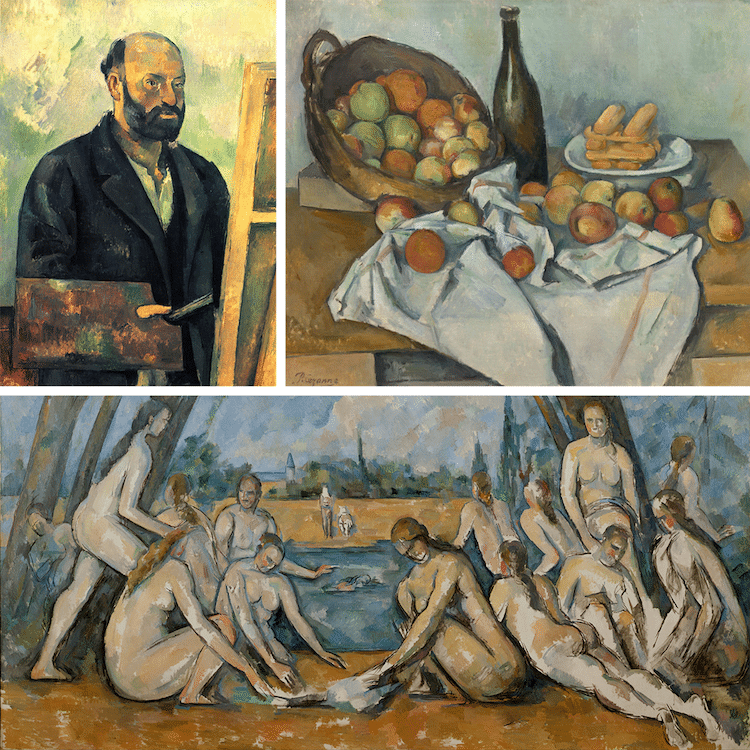 In the late 19th century, Post-Impressionism emerged in France. Unified by a subjective approach to painting, this major art movement was pioneered by Vincent van Gogh and Paul Cézanne, a French painter whose work is characterized by painterly brushstrokes, an avant-garde approach to perspective, and a vivid color palette,

In addition to his role as an important Post-Impressionist, Cézanne is celebrated as the forefather of Fauvism and a precursor to Cubism. Given his prominence in these groundbreaking genres, Cézanne is regarded as one of the most influential figures in the history of modern art. 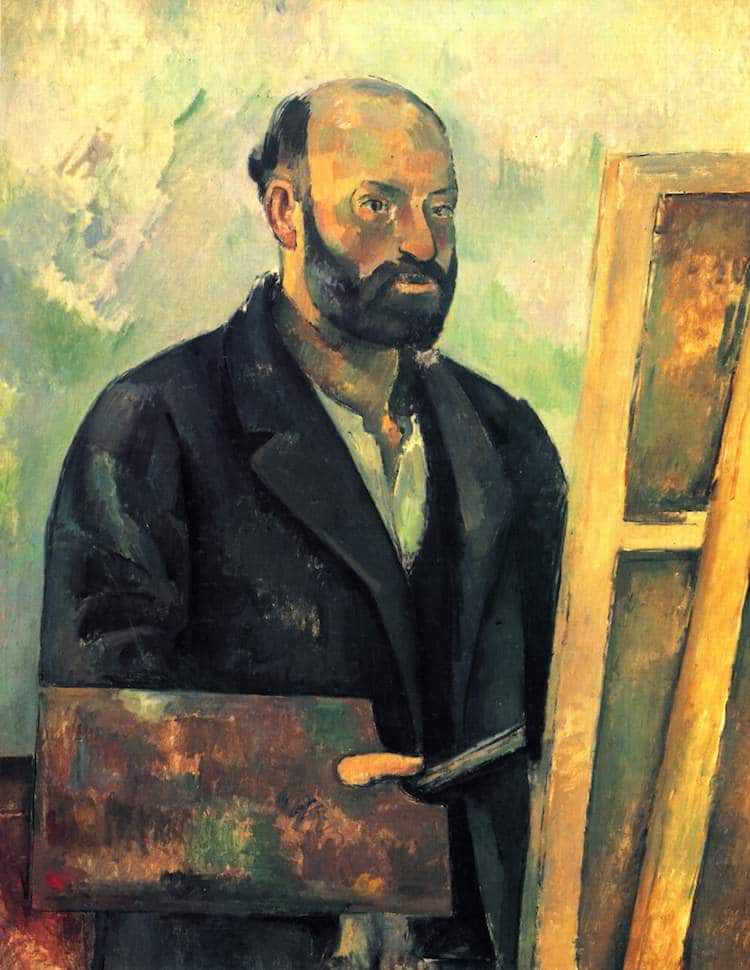 Paul Cézanne was born in Aix-en-Provence, a commune in the south of France, in 1839. While he lived and worked primarily in this region, he also spent time in Paris, where he exhibited with Impressionist artists like Claude Monet and Mary Cassatt.

While he worked closely with these figures, he did not consider himself an Impressionist. Unlike the Impressionists, Cézanne preferred painting in a studio to working en plain air. He rejected their seemingly spontaneous brushwork and favored organized, orderly compositions. He also was not interested in capturing fleeting impressions of his subjects—a key characteristic of Impressionism—and focused on symbolism and substance over style. “I wanted to make out of Impressionism something solid and lasting like the art of the museums,” he explained (Joachim Gasquet’s Cézanne: A Memoir With Conversations).

As a result of this artistic approach, Cézanne developed a one-of-a-kind aesthetic distinguishable from that of his contemporaries.

Early in his career, Cézanne used palette knives to produce heavily textured paintings. After working alongside the Impressionists, however, he was inspired to embrace  new methods of paint application. 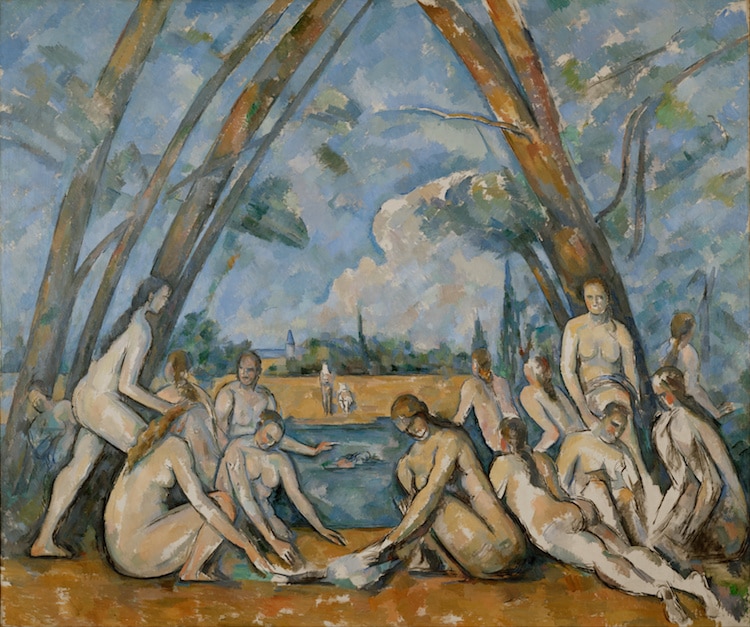 Like the Impressionists, he adopted a “broken brushwork” technique. Unlike the quick, sketch-like brushstrokes characteristic of Impressionism, however, Cézanne employed “constructive strokes“—meticulously arranged marks that that worked together to create geometric forms. As Cézanne avoided the use of dark lines, he relied on this contrasting brushwork to “define the outlines of objects when their points of contact are tenuous and delicate.” 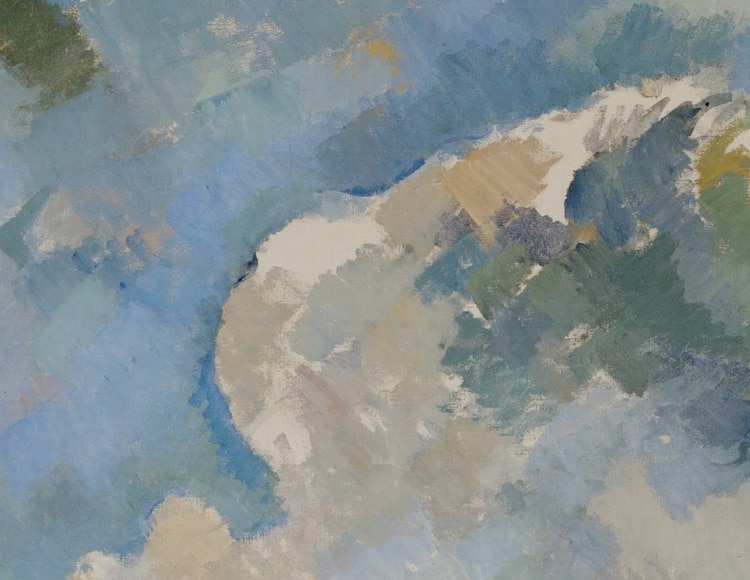 Detail of ‘The Bathers’

In addition to painterly brushstrokes, Cézanne’s paintings are also characterized by a recognizable color palette. While many of his early works are rendered in somber tones, he eventually adopted a preference for planes of saturated hues.

This tonal treatment is particularly pronounced in his landscapes, like his radiant views of Mont Sainte-Victoire. In this sun-baked series, Cézanne reduces the mountains, trees, and Mediterranean homes of the Provençal countryside to fragmented-yet-harmonious blocks of color. These polychromatic planes add a sense of depth to each panoramic depiction and showcase Cézanne’s avant-garde approach to representing nature. “I was pleased with myself when I discovered that sunlight could not be reproduced,” he explained, according to Renoir. His Life and Work. “It had to be represented by something else…by color.” 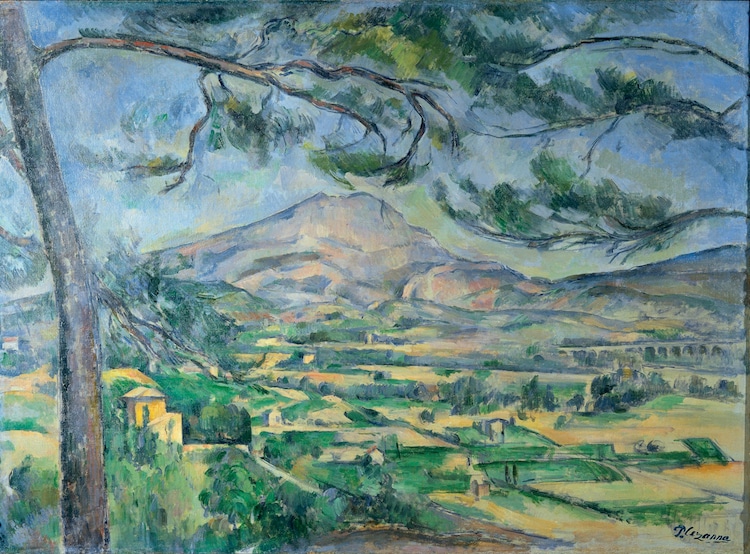 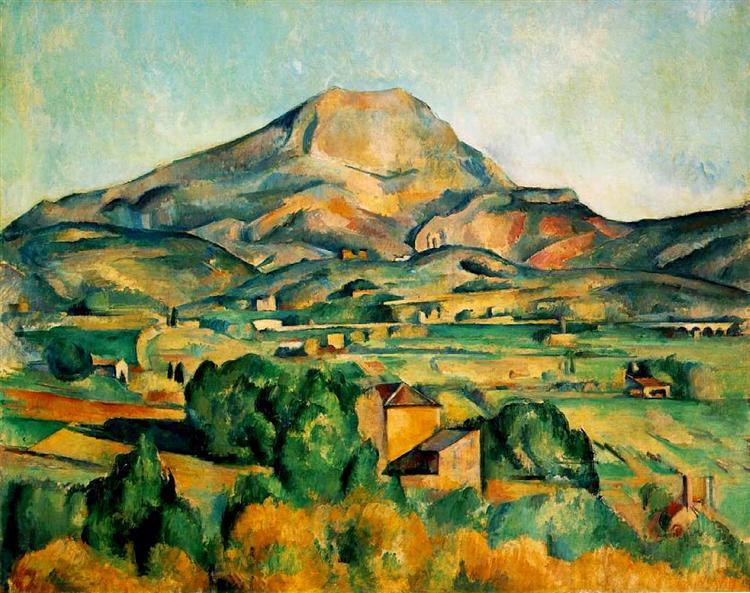 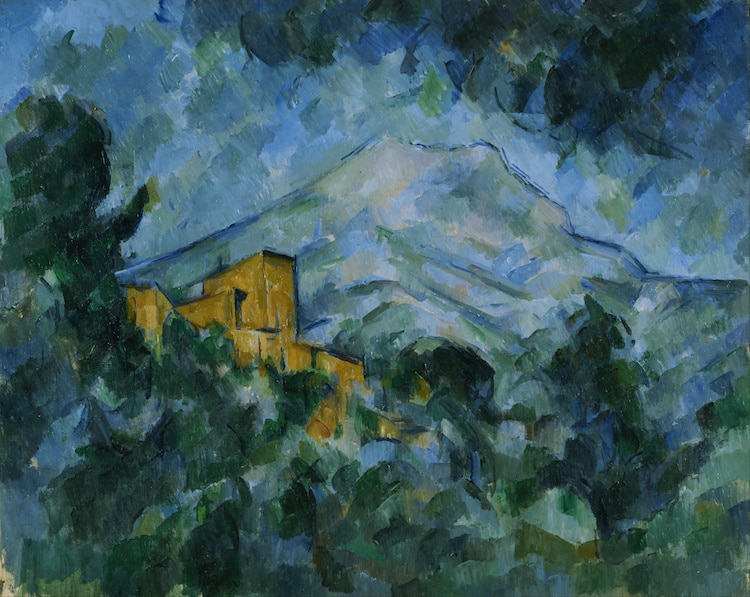 In his paintings, Cézanne often rejected realistic portrayals of space in favor of more creative compositions. This is particularly evident in in his still-life depictions, which frequently feature fruit, bottles, and other everyday objects balanced on tilted, topsy-turvy tabletops. 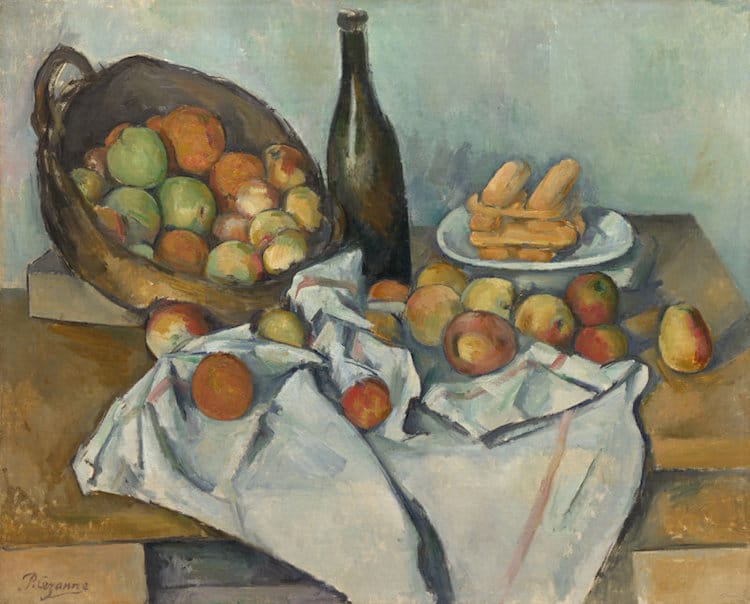 In these paintings, Cézanne played with perspective and flattened surfaces to show the same arrangement from multiple angles at once. He achieved this by emphasizing each individual object rather than the scene as a whole, culminating in eye-catching, off-kilter compositions. This principle of distortion would later play a major role in Cubism, as artist Georges Braque noted in 1957: “The hard-and-fast rules of perspective which it succeeded in imposing on art were a ghastly mistake which it has taken four centuries to redress; Paul Cézanne and after him Picasso and myself can take a lot of credit for this.” 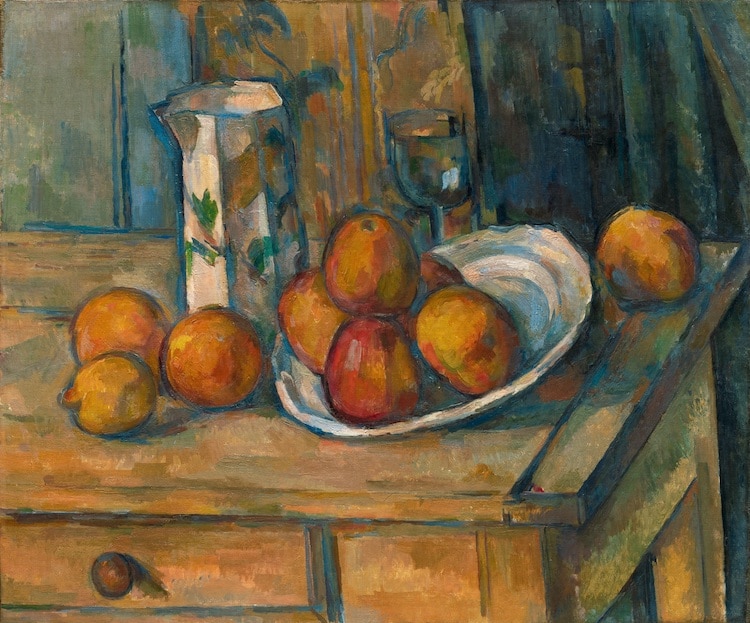 When paired with his analytical brushstrokes and vivid color palette, it is this unique approach to perspective that would eventually lead Picasso to call Cézanne “the father of us all.”

The History of Cupid in Art: How the God of Love Has Inspired Artists for Centuries

The post Why Post-Impressionist Painter Paul Cézanne Is Known as the “Father of Modern Art” appeared first on My Modern Met.