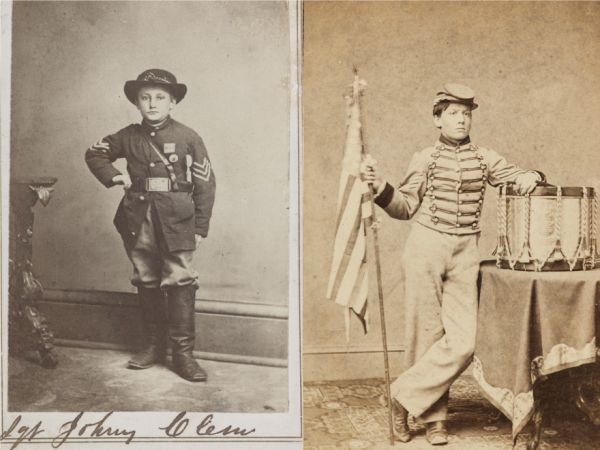 It has been estimated that up to 10% of the Union Army was made up of volunteers below the age of 18 in the Civil War. Boys as young as 14 would sign up by lying about their age. Their parents tried to retrieve them, and the law was on their side, but the army dragged its feet in releasing the young soldiers. After all, they were useful. The 16- and 17-year-olds often distinguished themselves in battle, and the younger boys provided badly needed support services. There could have been as many as 200,000 underage boys serving in the Union Army. On the Confederate side, records are spotty, but estimates of underage soldiers range up to 100,000, which was a bigger percentage of their military than the larger Union Army.

Conscription laws, verification procedures, and enforcement varied on both sides over the course of the war. Both armies were considerate of the tender age of these soldiers, but needed every warm body they could get. While families and the general civilian populace objected against such young men serving, expediency in the war effort won out in most cases. Read about the young teenage soldiers of the Civil War and how they got away with serving at Smithsonian.