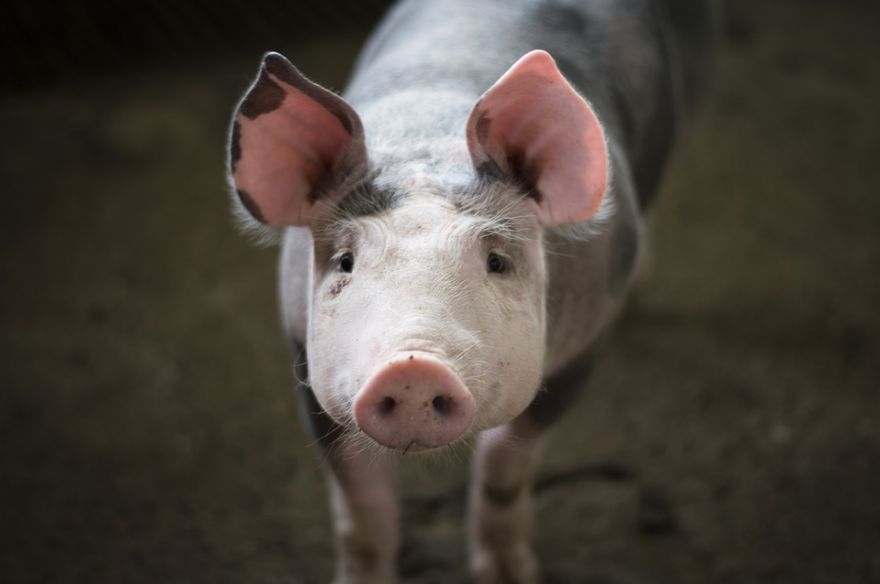 A dog finally learns to open the puzzle box. Its reward for doing so is a treat inside that puzzle box. The second time, however, the dog will be given another puzzle box, but unlike the previous box, this would be an unsolvable one. Through this experiment, which was called the “unsolvable task”, researchers found out that dogs would try to shift a nearby human’s attention to the box. In other words, dogs know when to ask for help.

Pigs also happen to be social animals, but when the researchers gave them the same test, they didn’t respond the way dogs did.

“When pigs live in the wild—or even wild boars—these animals live in groups. They need to communicate with their conspecifics to be able to live.”

Which is why the researchers decided to compare pet dogs with pet pigs. While the pigs revealed that they were capable of referential communication, they didn’t actually turn to people for help. Once the task became unsolvable, they acted… determined to find a solution on their own. The results were published in the journal Animal Cognition. [Paula Pérez Fraga et al., Who turns to the human? Companion pigs’ and dogs’ behaviour in the unsolvable task paradigm]

But why was this the case? Scientists think that the reason for this is the purpose of the domestication of an animal.

More details about this over at Scientific American.

How a New Nigerian Museum Can Help Repatriate the Benin Bronzes

COVID-19 Sucks, So Dracula’s Castle Is Now a Vaccination Center