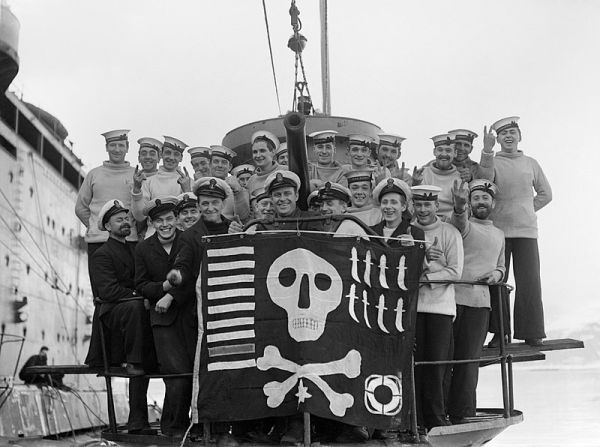 First Sea Lord is the title of the head of Britain’s navy. Sir Arthur Wilson was named First Sea Lord in 1910, the culmination of a naval career that began in 1855. Therefore, he was in charge of all naval operations when submarines went into battle in World War I. Wilson took a dim view of submarines, and had previously said,

“They’ll never be any use in war and I’ll tell you why. I’m going to get the First Lord to announce that we intend to treat all submarines as pirate vessels in wartime and that we’ll hang all the crews.”

As you can see from the image above, submariners took the quote as a challenge. Wilson changed his views of submarine warfare over time, but submarine crews of many countries, including the US, keep Jolly Roger flags ready to this day. Read how that came about and what it means at Military.com. -via Fark