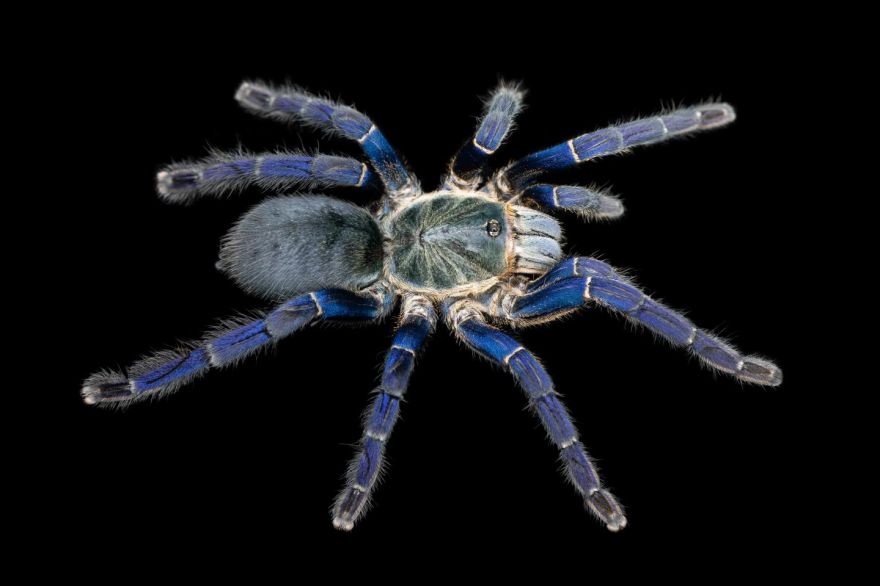 It was previously believed that tarantulas are color-blind. However, scientists were still puzzled over the fact that these spiders come in vivid green and blue colors. What’s the reason for this? Researchers from Yale-NUS College and Carnegie Mellon University (CMU) have investigated, and they found out that the tarantulas might be using these colors to communicate with other tarantulas that could be potential mates. If this is the case, then it also suggests that these spiders are not color-blind.

The research was jointly led by Dr Saoirse Foley from CMU, and Dr Vinod Kumar Saranathan, in collaboration with Dr William Piel, both from the Division of Science at Yale-NUS College. To understand the evolutionary basis of tarantula colouration, they surveyed the bodily expression of various opsins (light-sensitive proteins usually found in animal eyes) in tarantulas. They found, contrary to current assumptions, that most tarantulas have nearly an entire complement of opsins that are normally expressed in day-active spiders with good colour vision, such as the Peacock Spider.

These findings suggest that tarantulas, long thought to be colour-blind, can perceive the bright blue colours of other tarantulas. Using comparative phylogenetic analyses, the team reconstructed the colours of 110 million-year-old tarantula ancestors and found that they were most likely blue. They further found that blue colouration does not correlate with the ability to urticate or stridulate – both common defence mechanisms — suggesting that it did not evolve as a means of deterring predators, but might instead be a means of attracting potential mates.

The green coloration, on the other hand, could serve as camouflage in tree-dwelling spiders.

Head over to EurekAlert to know more about the study.