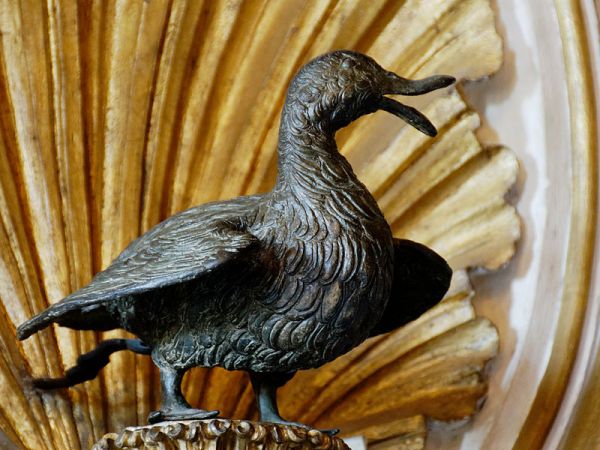 The Romans were all about pomp and circumstance. That’s why we have arenas today. However, among the chariot races and gladiator fights, one annual ritual stands out for its bizarreness, in which a lucky duck, er, goose is honored at the expense of a few good bois.

On a warm summer day in August in ancient Rome, a brilliantly decorated litter is carried solemnly in the direction of Circus Maximum. Its occupant is neither a senator nor a highborn lady, but upon arrival at his destination he is revealed to be a humble goose, and he had arrived at the venue, now seated on a luxurious purple cushion, to watch the crucifixion of some dogs.

This macabre ritual, called supplicia canum (or “punishment of the dogs”) is celebrated to commemorate the anniversary of a traumatic episode in the history of Rome—the sacking of the city by the Gauls in 390 BC or 387 BC. Supplicia canum is supposed to serve as warning to dogs not to fall asleep on guard duty. In the same procession, geese were decked out in gold and purple, and carried in honor for alerting the last defenders of the city from falling into the hands of the Gauls.

It’s hard to believe anyone took the “warning” to the dogs seriously, but the ceremony might have served some purpose in teaching Rome’s military history, which makes us glad we have documentation and schools and books from which to learn history. You can learn the circumstances of the sacking of Rome that led to the supplicia canum at Amusing Planet.