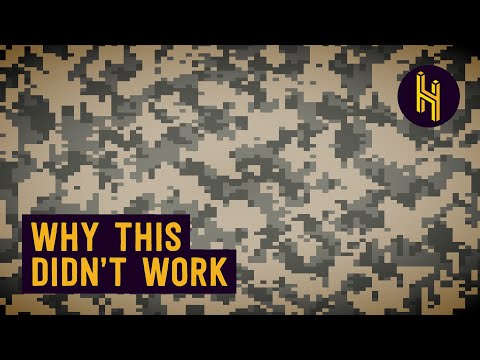 Each military service has their own camouflage patterns, which are often copyrighted. The US Army’s is called the Universal Camouflage Pattern. When it was developed, they skipped over the testing phase and went straight to using it in the field, which is where its flaws started showing up (pun intended). The reasons behind why some camouflage colors and patterns work and others don’t involves the science of perception, which is explained here in a video from Half as Interesting. The camouflage part only takes five minutes; the rest is an ad. -via Digg