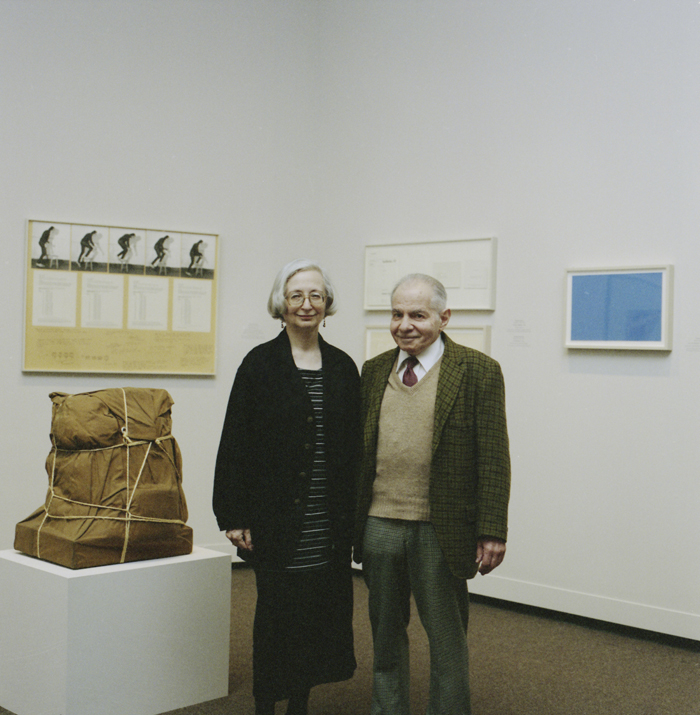 In 2008, The Dorothy and Herbert Vogel Collection: Fifty Works for Fifty States disseminated 2,500 prestigious and valuable works of contemporary art across the country. Each state received 50 of them. Ruth Fine, lead curator at the time for The National Gallery of Art, who spearheaded the program, tells The Creators Project, “The idea for the project grew out of my seeing old master paintings from the Kress Collection in museums throughout the country. A great deal of work in the Vogel Collection was not being seen and I knew it would be possible for the collectors to do an even larger gifts program than the Kress Collection was. That was the inspiration for Fifty Works for Fifty States.” The national bequest brought widespread public recognition to the collectors: a mailman and a librarian in Brooklyn.

This bizarre New York love story finds Herb Vogel, a postal worker from Harlem, and Dorothy Vogel, a librarian at the Brooklyn Public Library, the unlikely owners of one of the most important art collections in the country. Two government workers married and living in a claustrophobic one bedroom apartment on the Upper East Side with cats and turtles and tropical fish. Oh, and a floor to ceiling art collection eventually totaling over 4,000 works and worth millions of dollars. 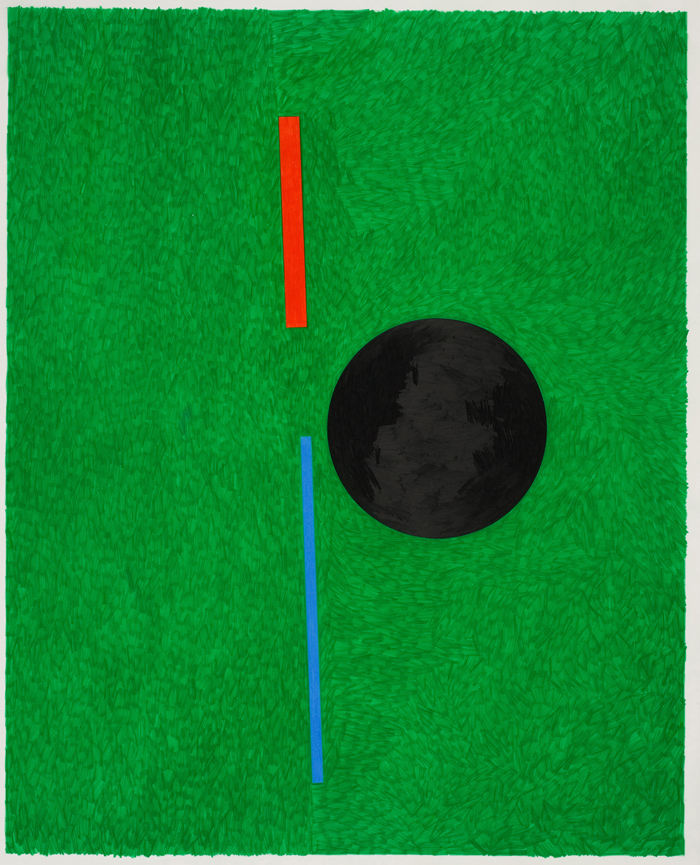 When they married in 1962, Herb was studying art at NYU under Max Friedländer, Robert Goldwater, and Erwin Panofsky. Eventually, Dorothy joined him in his classes. They both worked at their day jobs, painted at nights in their Union Square studio, and visited galleries on the weekends. Within a few years, however, it was obvious they found more enjoyment in the art of others than in their own, so they began to collect in earnest. One of their first acquisitions was a Sol LeWitt sculpture. It also happened to be LeWitt’s first sale. LeWitt delivered the sculpture to the Vogels’ apartment with Robert Mangold, and thus began a lifelong web of friendships that would influence the Vogel Collection and shed light upon many yet emerging artists.

As the couple’s friend circle widened, so, too, did their net of acquisitions. They communed with artists in the Greenwich Village art scene and never purchased art without a studio or personal visit with the artist, seeking out the artist’s input in an attempt to understand the process behind the works they were both drawn to. The Vogels only bought work they loved, whether the artist was known or not. This personalized acquisition process led to an eclectic collection, hailed mainly as minimalist and conceptual, but that also included important post-minimalist works by Richard Tuttle, John Torreano, and Judy Rifka, among others. The broad range of art was particularly significant decades later during the planning stages of Fifty Works for Fifty States. “It’s extremely important for people throughout the country to have access to as much art as possible and as many kinds of art as possible,” Fine said of the dissemination process. “There were many areas throughout the country with no cutting-edge works at all, like a number of works in the Vogel Collection that could add this layer of the contemporary to many museum collections. One institution even changed its acquisition policy to accept works from the Vogels.” 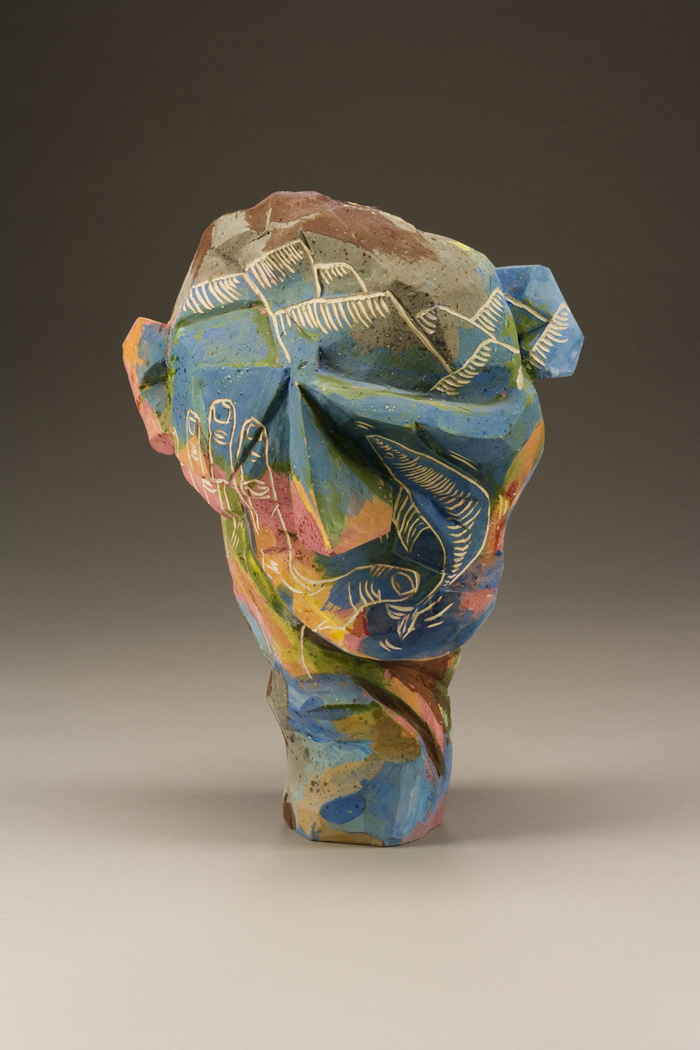 Collecting art was more than a hobby for the Vogels. It was a life. They had no children and so considered the works in their collection to be surrogates of sorts. The collection of mostly drawings was amassed over a lifetime and held all of the dedication of two state employees who worked full-time to support a shared love. In the 70s, as their collection and the reputation of artists within it grew, the Vogels began to receive attention from collectors and institutions in Europe and New York, and from artists as well. Aware of the Vogels’ limited resources, artists who wanted to support their endeavor found ways to work around them. Christo and Jeanne-Claude even went so far as to give their work to the Vogels in exchange for cat-sitting. In the extensive catalogue for Fifty Works for Fifty States, Fine writes, “Any full description of the couple must convey their capacity for friendship. It is apparent from the many works of art they have received as gifts from artists to mark birthdays, anniversaries, and other special events, many of them bearing affectionate inscriptions.” 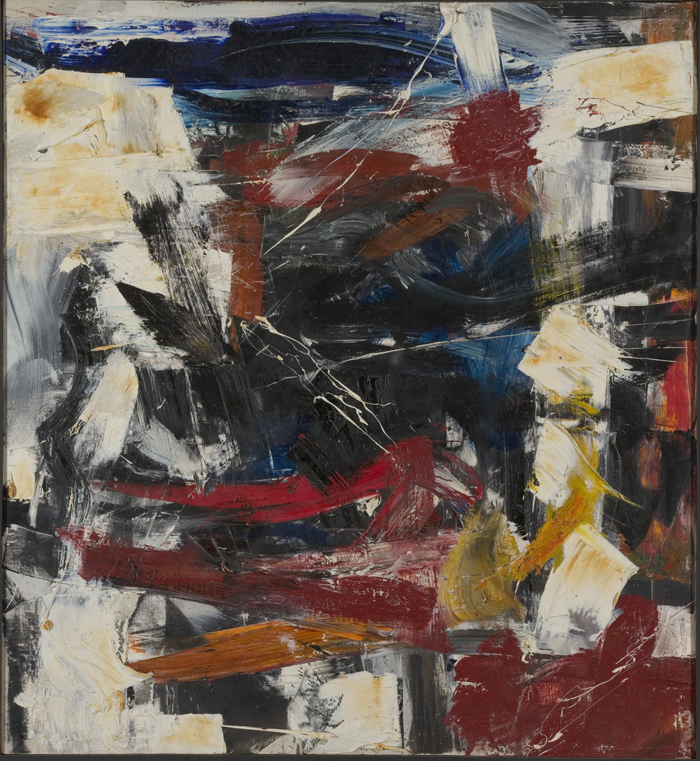 The Vogel Collection included both established artists and many artists at their humble beginnings. In addition to Christo, Jeanne-Claude, LeWitt, and Mangold, there are also works by Chuck Close, Roy Lichtenstein, and Andy Goldsworthy. Before they got serious about collecting, the Vogels purchased a small Picasso sculpture as a celebration of their engagement, then a John Chamberlain sculpture followed in honor of their marriage. Often, they asked artists for the initial plans of the works along with the finished product, considering the entire process to be the complete package. This thorough consideration of the artist and their practice turned the Vogel’s 450 square foot apartment into a warehouse. One with almost no space for them to live in, not to mention their menagerie of pets. 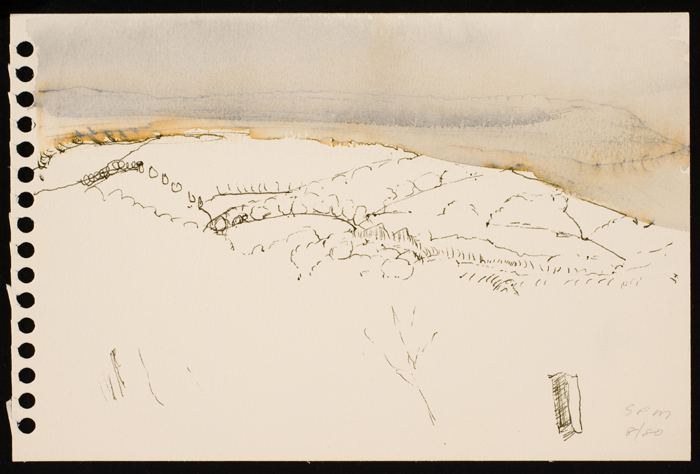 Robert Mangold drawing. Courtesy of The National Gallery of Art

Eventually, when there was nowhere left to store new acquisitions, the Vogels did something unexpected: they turned down the major institutions hoping to acquire their collection and, in 1992, signed it over to the National Gallery of Art. Lifelong public servants, the Vogels wanted their collection to be accessible to the public for free. They also sought to bring contemporary art to communities across the country where it was lacking, so, in collaboration with the NGA and Ruth Fine, began plans for their national gifts program, two decades prior to its release. Throughout that process Fine became familiar not only with their collection, but with the Vogels themselves. “I worked with them when the National Gallery of Art first acquired their collection and was with them through Fifty Works for Fifty States,” Fine recollects. “That personal connection was very important for me.”

Meanwhile, the Vogels continued to add to their collection until it reached 4,782 works. After a lifetime of mutual love for each other and their family of artwork, Herb Vogel died in 2012. Dorothy, 13 years his junior, decided to pursue other creative avenues. “It was something we did together,” she said, “and I don’t want to water it down by continuing on without him.” 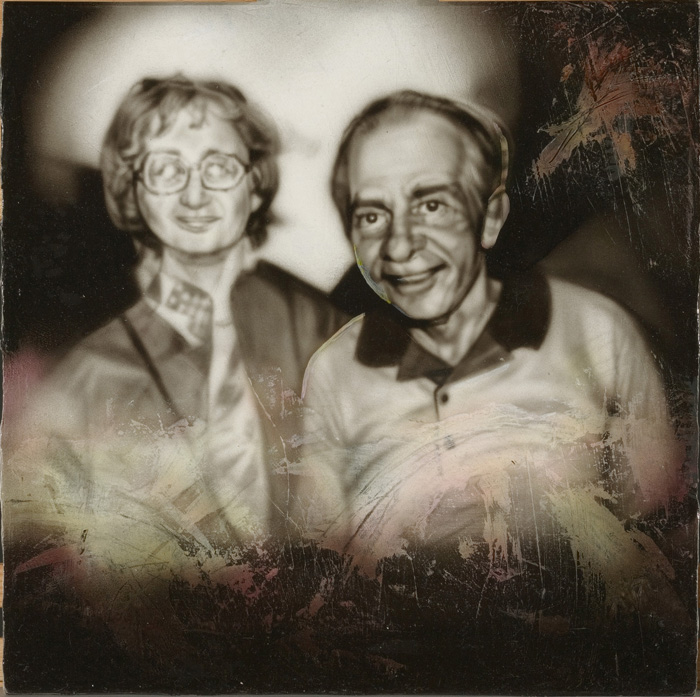 Portrait of Herb and Dorothy, acrylic on canvas 22 1/4 x 22 3/8 in. Daryl Trivieri courtesy of The National Gallery of Art

The Dorothy and Herbert Vogel Collection: Fifty Works for Fifty States can be viewed on a permanent exhibition website along with an extensive history of the Vogels themselves, whose life pursuit is memorialized in a PBS documentary as well.

This month we’re highlighting 50 States of Art projects and starting the year with Minnesota, Missouri, New Mexico, Utah, and Florida. You can check back here for updates.

Get Up Close With Takashi Murakami’s Personal Art Collection

Rating Why This Couple Gave Away Their Priceless Art Collection to All 50 States | #50StatesofArt is 5.0 / 5 Votes: 3
Please wait...
Loading...
Related articles