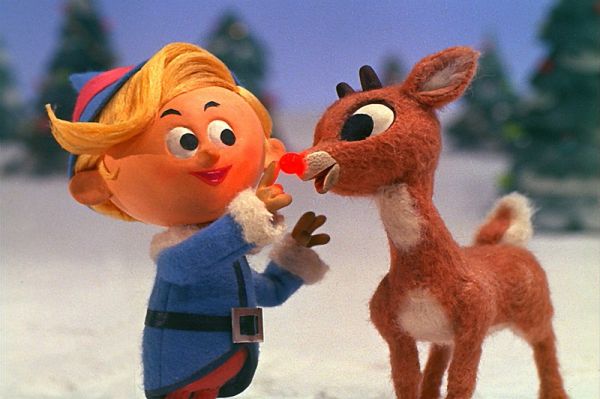 You know the bares bones story of how Rudolph the Red-Nosed Reindeer came to be. First it was a story in a promotional booklet given to kids by Montgomery Ward in 1939. Then it became a simple song written by Johnny Marks and sung by Gene Autry in 1949. And then in 1964, the story was again fleshed out, this time for a TV special that is still broadcast 55 years later. But there’s more to the story. Johnny Marks had a hard getting anyone interested in his Christmas song about a reindeer.

It was off to a slow start. Marks had pitched a demo for his new song but the biggest stars weren’t interested. Both Frank Sinatra and Bing Crosby turned him down before Marks got a foot in the door with Gene Autry. The “Singing Cowboy” himself didn’t actually like the song, but his wife loved it, and she talked her husband into recording it as the B-side to another Christmas single he was recording for Columbia Records. By the end of the year, Marks’ little ditty about a flying red-nosed reindeer named Rudolph was the biggest song in the country.

Crosby released a new version the following year. Then Sinatra, and then the Supremes and the Temptations. By 1980, more than 500 different renditions had been commercially released. By the end of the century, it was the biggest Christmas song ever written, and so closely identified with the holiday that it is hard for subsequent generations to imagine the holiday without it. No one since Charles Dickens had so profoundly altered the mythology of Christmas itself.

Read how the different iterations of Rudolph and his red nose captured the public’s imagination at HuffPo.