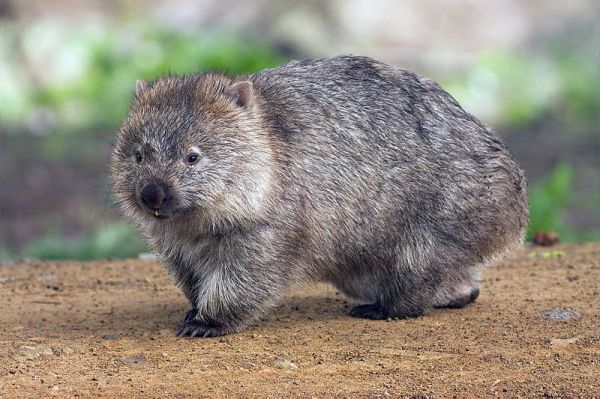 In 2018, an Ig Nobel Prize was awarded to researchers who studied why wombat poop comes out in cubes. The full research paper has now been published in the journal Soft Matter (even though wombat poop is hard matter). The 2018 paper was based on a necropsy of one wombat.

In the new study, the researchers dissected two further wombats and tested the guts’ layers of muscle and tissue, finding regions of varied thickness and stiffness. They then created a 2D mathematical model to simulate how the regions expand and contract with the rhythms of digestion. The intestinal sections contract over several days, squeezing the poop as the gut pulls nutrients and water out of the feces, the team reports today in the aptly titled journal Soft Matter.

The stiffer portions are “like a stiff rubber band—[they’re] going to contract faster than the soft regions,” says David Hu, a biomechanics researcher at the Georgia Institute of Technology and author on the study. Softer intestinal regions squeeze slowly and mold the final corners of the cube, the team found. In other mammals, the wavelike peristalsis of the intestinal muscles are consistent in all directions. But in the wombat, the grooved tissue and the irregular contractions over many cycles shape firm, flat-sided cubes.

So in short, the wombat’s intestines have muscles that squeeze hard on four sides, but less so between those muscles in the region that will become the corners. Read more about wombat poop at Science magazine.