At this week’s Worldwide Developer Conference, Apple announced their new Mac Pro desktop, Pro Display XDR monitor and Pro Stand. The latter is a rather sophisticated piece of design and engineering:

“The Pro Stand makes every adjustment of your display feel seamless. Precision tilting and 120 mm of height adjustment help Pro Display XDR adapt to any viewing condition. The angle of the display stays true even as you adjust the height. With the Pro Stand, you get a display that feels weightless, moves effortlessly where you want it, and stays exactly where you leave it.”

In the latest “let’s make a big deal about something” outrage-fest that our society is now addicted to, the Pro Stand has supposedly drawn a backlash for its $999 price. CNN breathlessly reports “Apple monitor stand that costs more than an iPhone sparks online uproar.” Engadget writes “A $999 monitor stand is everything wrong with Apple today.” Gizmodo says “$1,000 feels like a lot of money for a monitor stand.”

That’s because it is a lot of money for a monitor stand.

So let me pick this “backlash” nonsense apart, and let’s look at this thing from an industrial design and company ethos point of view. 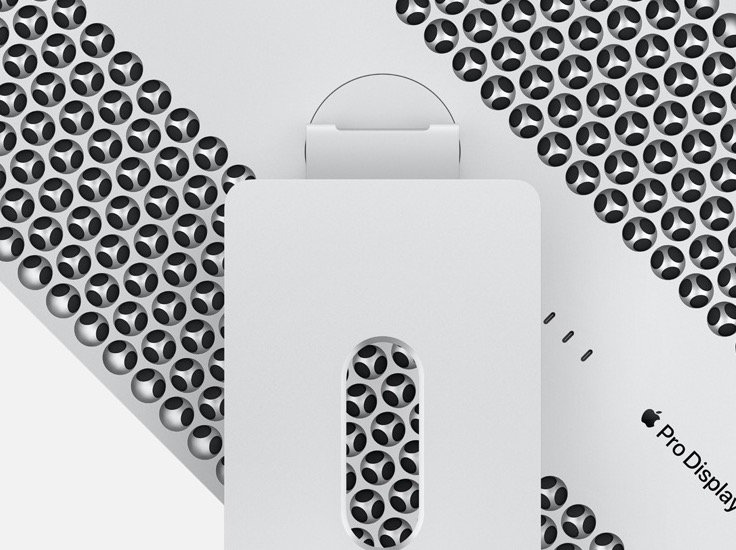 First off, the Pro Stand is not designed for the average consumer. It damn sure isn’t designed for me. The Pro line of objects is designed for hardcore professionals, for deep-pocketed people and companies who can drop five figures on a workstation no sweat. It’s for people who actually need the 28 freaking cores that the Mac Pro can handle. They’ll drop the money because they’ll make it back, or because they’re in situations where money is no object. 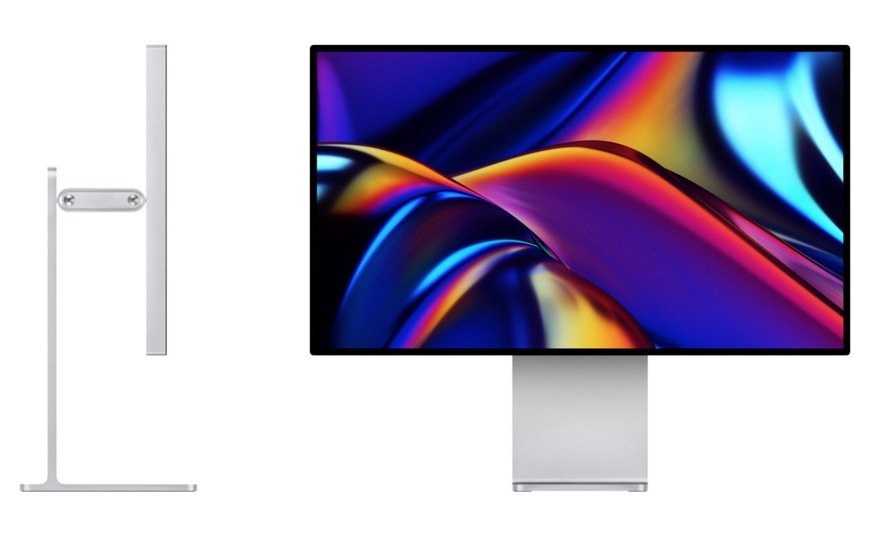 Jonathan Ive may be one of the most powerful designers on the planet, in terms of being able to call shots. It’s well-known that Steve Jobs stipulated, prior to his demise, that within Apple’s structure Ive was not to be interfered with. There is no accountant above Ive going “No, I don’t think so.” 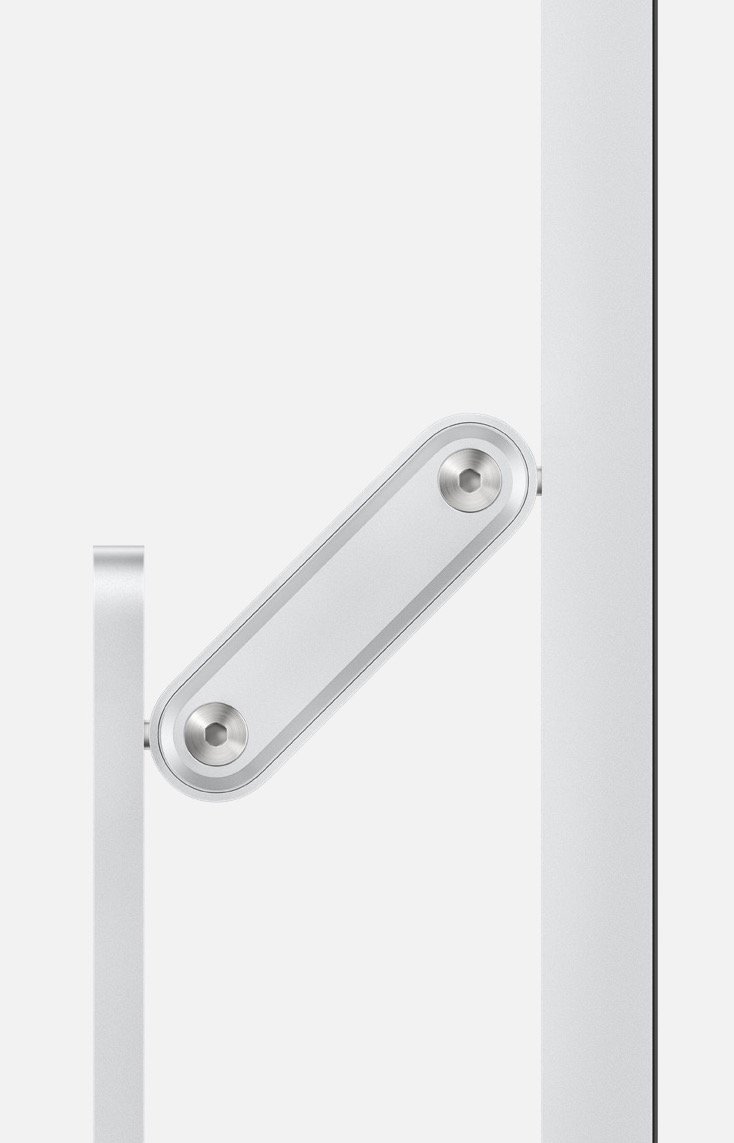 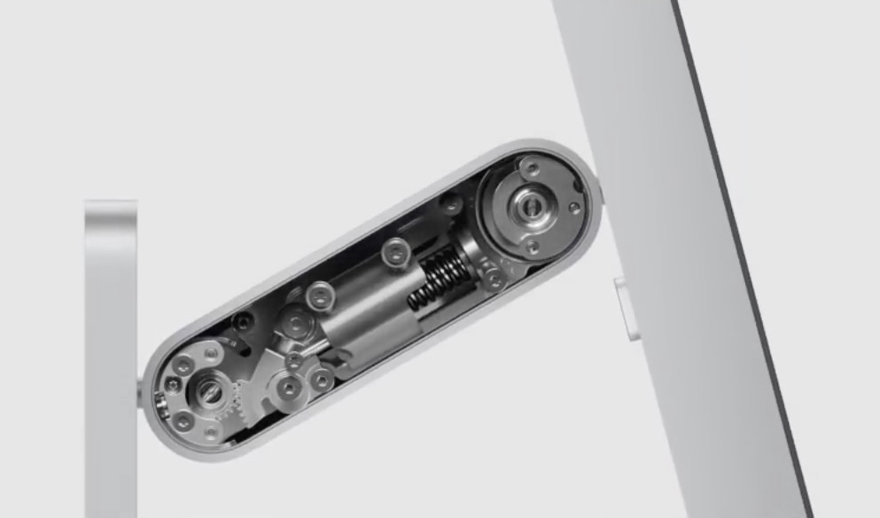 So what do you think Ive’s brief was when designing the monitor stand? “Come up with something low-cost that we can sell at Wal-Mart?” No. More than likely, the assignment was to design the finest monitor stand money can buy. More than likely, he set out to design his version of the ultimate monitor stand, one with a fine-tuned, hinged connection point that is probably exponentially more precise than what everyone else is making. Something that a team of engineers had to burn a lot of midnight oil to realize. Jonathan Ive has that kind of juice. Most designers don’t. 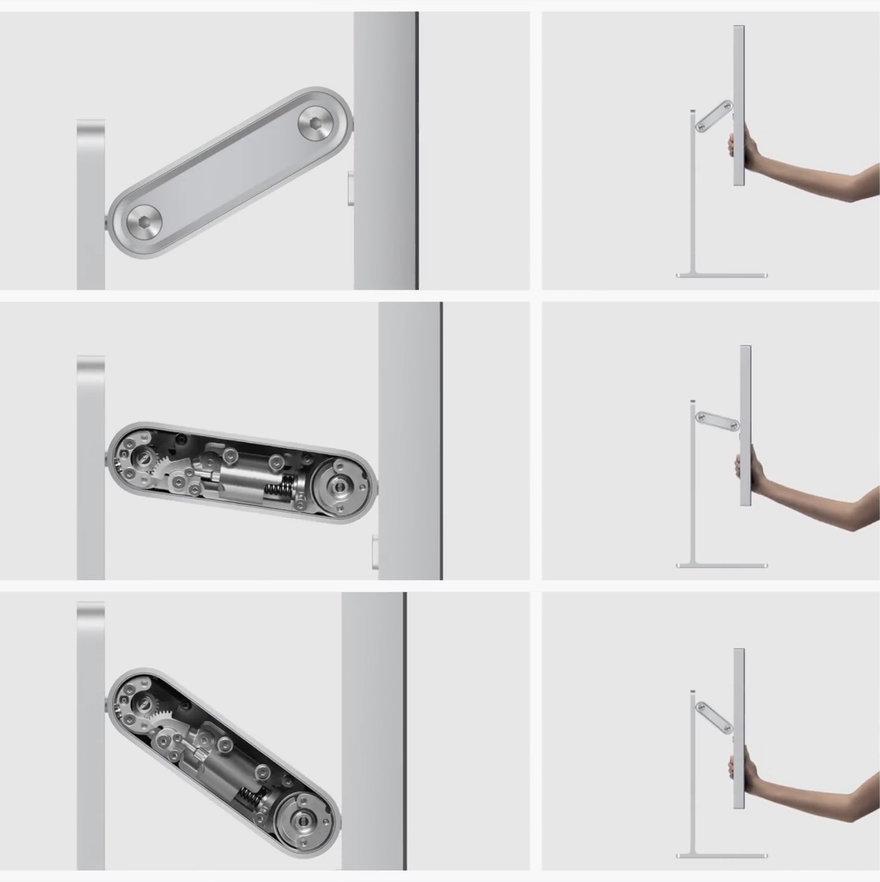 That’s why I feel any other industrial designer can’t begrudge Ive. We can be jealous of him, but we can’t begrudge him. What would you do in his shoes, with those kinds of resources and that kind of clout?

Look at the grill on the Mac Pro and the monitor. In the promo video, he mentions the grill portion of the housing is CNC-machined on both sides. Could he have figured out a cheaper way to do it? Probably. But the point is, he no longer has to. He works for Apple, where his track record has earned him the right to do things the way he wants to do them. Whether or not you like his aesthetic choices or his chosen manufacturing techniques, that ability to call shots is every designer’s dream.

So why the “backlash?”

I think people are angry because they are getting left behind by a brand they once loved. I myself didn’t realize overnight that Apple had moved past me; it sank in gradually.

Apple’s stuff has always been more expensive than their competitors’, but from the moment I had enough money to buy my own computers and objects, I saved up for them, and wouldn’t consider using anything else. Because all of their stuff worked for me exactly they way I wanted them to work. Steve Jobs didn’t sound like a fun guy to have a beer with, but the man damn sure knew his UX. After years of lugging around a case of cassettes, CDs and later MiniDiscs, iTunes and the iPod was precisely what I dreamed of. The iPhone, the iPad, my MacBooks, they all did exactly what I needed them to, without me needing to get under the hood.

Gradually it began to change. The OS’s became bloated. iTunes became more and more confusing, changing the UI that I’d memorized over and over again. I now need to Google how to do even basic things* with my phone or fix something on my computer. Apple’s original “you don’t even need an instruction manual” ethos seemed to disappear. I figured it was my age; I now pride myself on how little I touch my phone throughout the day, whereas the generation before me can’t seem to get their faces out of them. I assume those younger folks, who are tech-savvier than I, have no problem operating their devices. They grew up with them and understand how to get them to do what they want.

*[One example: My low-tech wife still listens exclusively to CDs. For her last birthday I bought her an iPod. I loaded all of her music onto it, excited at how much easier this would make her life. Once the iPod was loaded, she tried using it, and asked me a simple question: “How can I see every Prince song I own, as a list?”

What my wife wants is to be able to see a list of every Prince song she owns, then select the one she wants to hear. To me that is completely logical and rational. But when you select Prince, it shows you a bunch of little squares depicting his albums. If you remember which album every Prince song belongs to, no problem. But if you’re like us and don’t remember, you have to click on each album in turn to scroll through the list to find the song you’d like to hear. This doesn’t make any sense to us, but presumably makes sense to Apple. We are not their target market.]

Apple has evolved, and I have not been able to evolve along with them, nor increase my earning power to keep up. They have never branded themselves a product company for the masses. When he was still alive, Steve Jobs pointed out that Mercedes-Benz charged a lot more for a car. With their $1,000 phones and now monitor stands, Apple is steadily moving upmarket to provide high-quality goods to the rich. It’s actually a great business model, and one with a ready market; Investopedia, after crunching Boston Consulting Group’s data, concluded that 1,700 millionaires are made each day.

As a design blogger, I’ll never be one of them. Does that make me sad? Yeah. Angry? No. I was trained as an industrial designer, and I live in a time where I get to witness a talented industrial designer with massive resources at his disposal execute his visions absent interference from bean counters. I find that fun to see; a subset of Apple’s products and pricepoints are what design unfettered by economic constraints looks like.

My own monitor stand is made from dovetailed pieces of scrap wood. I learned how to cut the dovetails myself by taking a class. My stand doesn’t have a swivel nor magnets because I don’t need to rotate my monitor nor disconnect it. It doesn’t adjust in height because I measured the exact height I needed and built to that. Like Jonathan Ive, I used the resources available to me to create what I wanted, and it is perfect for me. 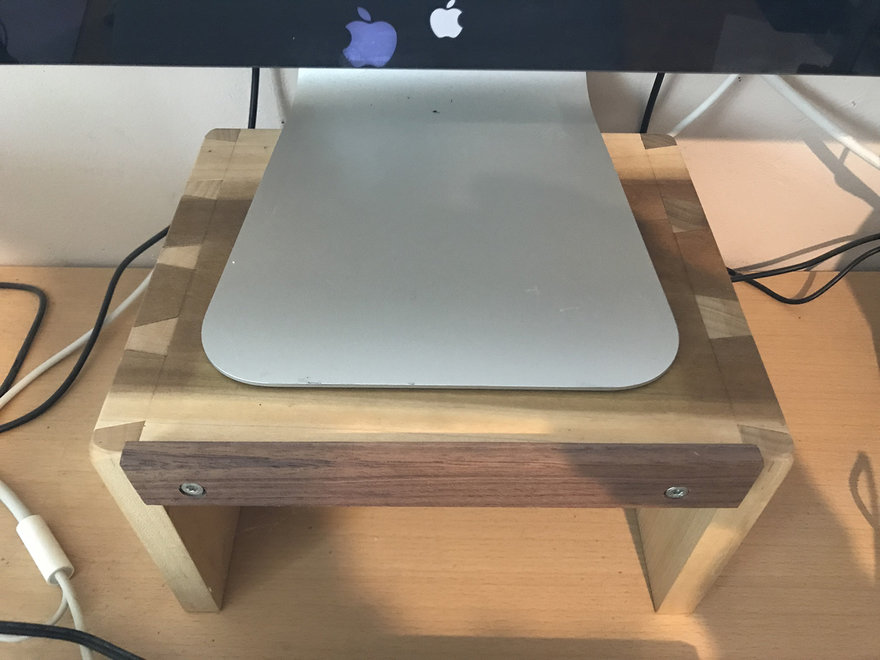 I think the “backlash” against the Pro Stand is comprised of a bunch of self-entitled whiners who want the design and engineering contained within it, but can’t afford it. That’s a bad road to go down; it never ends, and every single object you own likely has a better version of it for sale. Take my advice and stop coveting. If your phone lets you down, find ways to use it less. If you want something you can’t afford, design and build your own, to suit your own needs. It may not look as cool, but you will find it strangely satisfying.

The Cadmio Product Visualization App, Reviewed by an Industrial Designer

Woman Calls 911, Tells Medics She Wants To Use Their Ambulance As An Uber – They Decide To Teach Her A Lesson

Tired Of Businesses Crying About Not Finding Staff, Workers Are Making Their Own Posters On Why “No One Wants To Work”