Family is important to us at every stage of life. Life is much easier when you have loving people supporting you through thick and thin.

So when Reddit user F54tughi556 wanted to pay her daughter for a cake she baked, the woman thought she was encouraging the teen’s passion.

But her husband (the man who was celebrating his birthday for which the cake was made), thought the compensation would be teaching the girl that all relationships are transactional. And that’s not something he believes. So he refused to do so.

After hearing her husband’s negative response, the woman sold the present she got for him and gave the money to her daughter. The couple got into a huge fight, and it made the woman reconsider her actions. Eventually, she made a post on the ‘Am I the [Jerk]’ subreddit, asking if she was in the wrong.

This man was about to celebrate his 45th birthday, but his wife wanted him to pay for the cake his stepdaughter had baked him 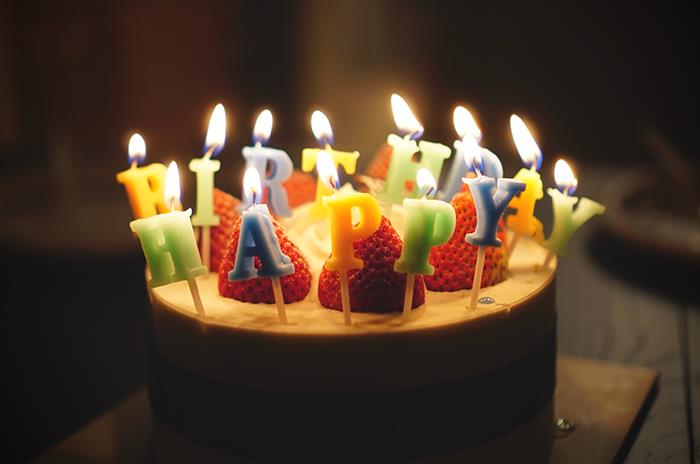 After he refused, the woman sold the gift she had bought for him and gave the money to her daughter 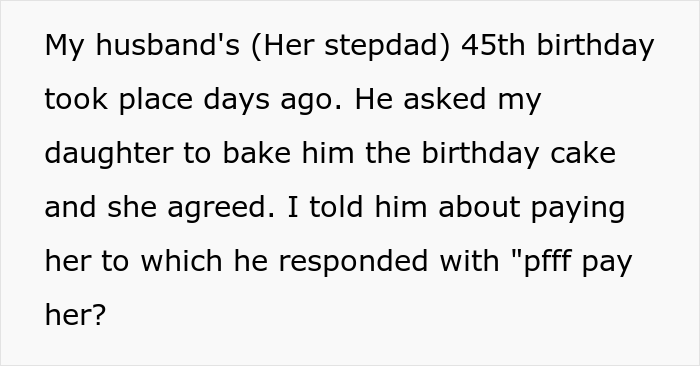 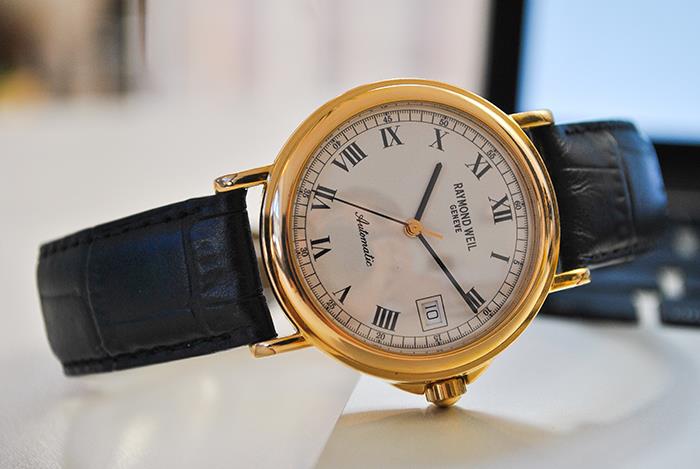 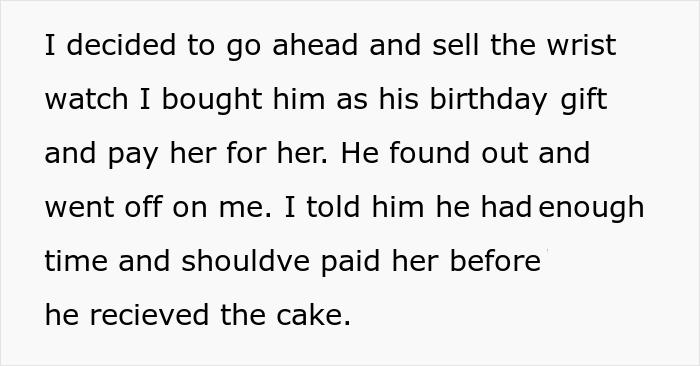 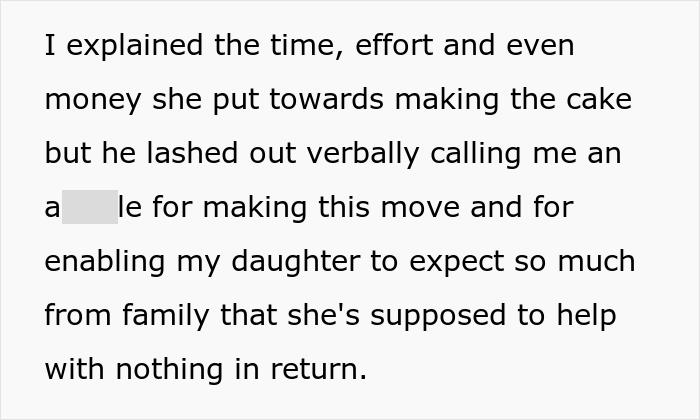 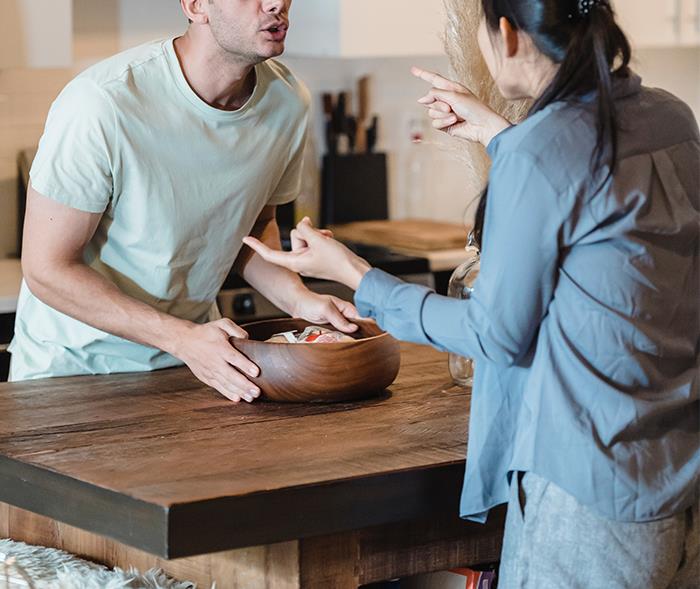 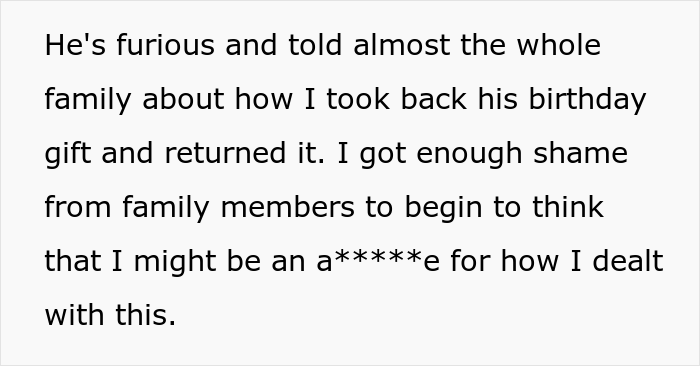 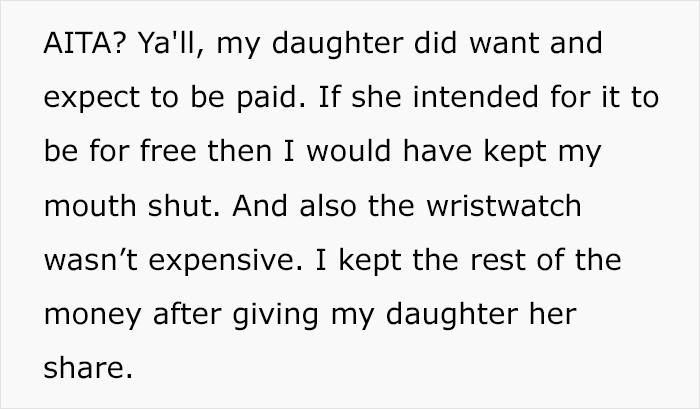 Experts believe that while you should not feel that you have to “pay” for every good thing your teen does, reinforcement of good behavior will help ensure that it continues. It shows that you notice when your teen is being good and not just when they do something wrong.

But of course, there’s a difference between being rewarded for your good behavior and expecting your parents to virtually employ you.

After her story went viral, the original poster (OP) explained that her daughter gets her allowance from her, and that the teen did actually expect to get paid for the cake 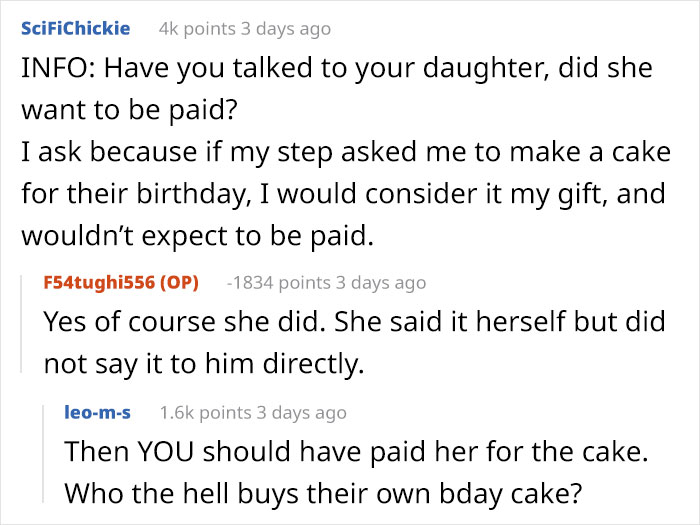 Among the hottest of parenting debates is whether or not you should pay your kids to do chores, with plenty of reasonable and valid arguments on both sides.

At the end of the day, it’s “a deeply personal decision, and every family should do what fits their unique financial situation,” says Ksenia Yudina, CFA, founder and CEO of UNest, a service that helps families save for college. “But it can be a great way to start teaching your kids about the value of money and instill healthy financial habits from an early age.”

In fact, studies have shown that children begin to grasp the concept of money by age three and that many of their money habits are set by age seven. So parents do need to start teaching their kids about these things as soon as possible in one way or the other. By the time they’re sixteen, it can be incredibly hard to change their ways.

People almost unanimously said that the woman was in the wrong 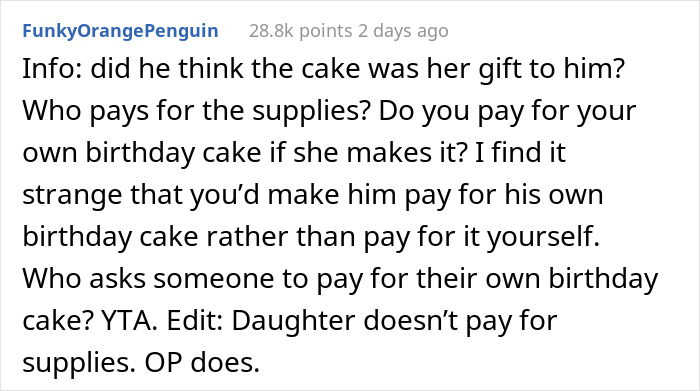 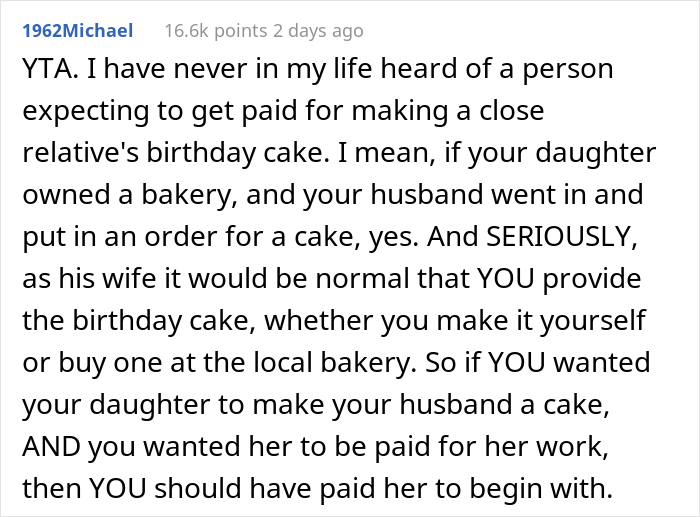 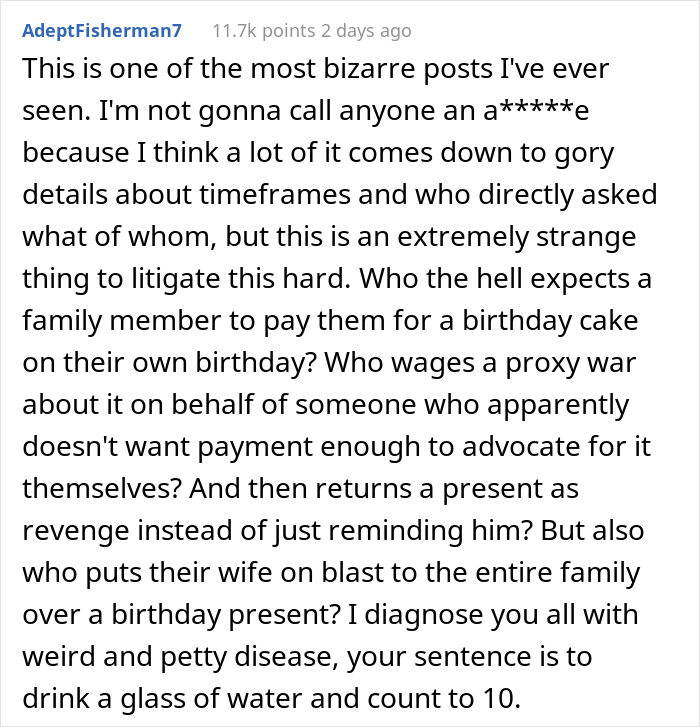 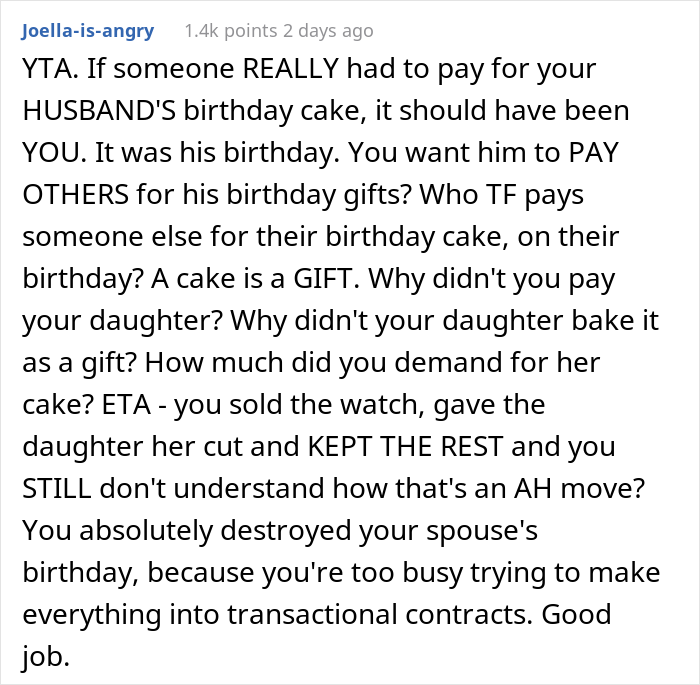 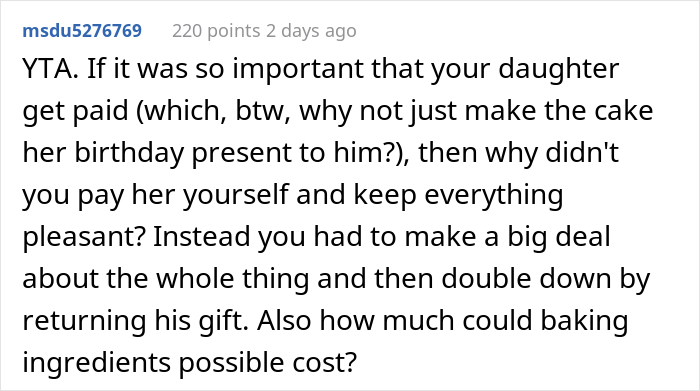 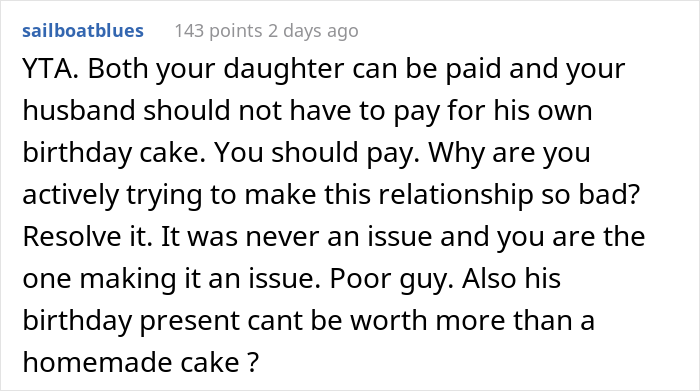 With a few thinking that “everyone sucks here”

The post Wife Lashes Out At Husband For Not Paying For The Cake His Stepdaughter Made Him, Sells His Birthday Gift first appeared on Bored Panda.