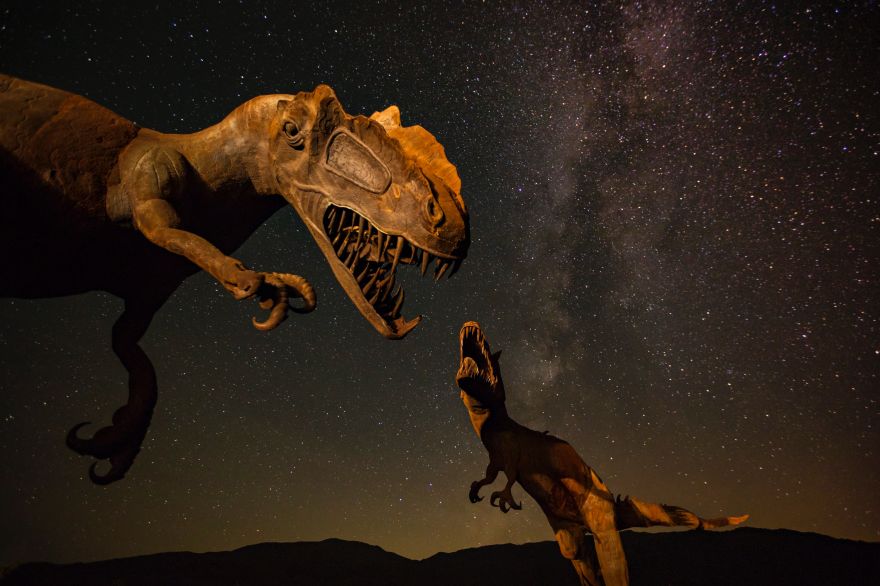 This particular theory is more subdued than the widely accepted theory for how the dinosaurs were wiped off the Earth. You’ve heard of the story many times: a massive asteroid hit the Earth during the Cretaceous–Paleogene (K–Pg) mass extinction event and killed all the dinosaurs. What if this theory is not exactly accurate? New research published in Nature Communicationssuggests that these prehistoric creatures actually died due to a long decline:

The asteroid may have been a death knell, but dinosaurs were on their way out long before Chicxulub made an appearance on the Yucatán Peninsula in Mexico, the study suggests.

In fact, the decline in dinosaur populations likely began 76 million years ago during the Campanian period — 10 million years before the asteroid hit. The researchers write that two factors may have had the most impact on the dinosaur decline:

The dual blows that killed the dinosaurs were not necessarily the double asteroids, but environmental and population factors that emerged much earlier, the researchers say.

“Further analyses indicate that the global dinosaur decline could have been precipitated by the decline of herbivores,” Condamine explains, adding that herbivores are essential “keystone species” in ecosystems.

His research suggests dinosaurs weren’t able to recover from these dual blows. The rates of new species of dinosaurs emerging could not keep up with the extinction rates, leading to a decline in dinosaur diversity.

In fact, the dinosaur decline was so severe, Condamine and colleagues posit thatthe T-rex may have only had one species left on planet Earth by the time the asteroid made impact.