You can never be too safe on an airplane. Even with strict rules (so strict that you can’t even joke about it), there is always something you can do to ensure greater safety and security while traveling by plane.

Translator, journalist and blogger Unigwe Chidalu from Lagos, Nigeria recently re-shared a bit of knowledge on how you can be safer on airplanes in the form of a Twitter thread that tells a story of how a woman came this close to accidentally becoming an accessory to a drug smuggling attempt.

You can never be too safe on an airplane, especially if someone’s acting hella friendly around you 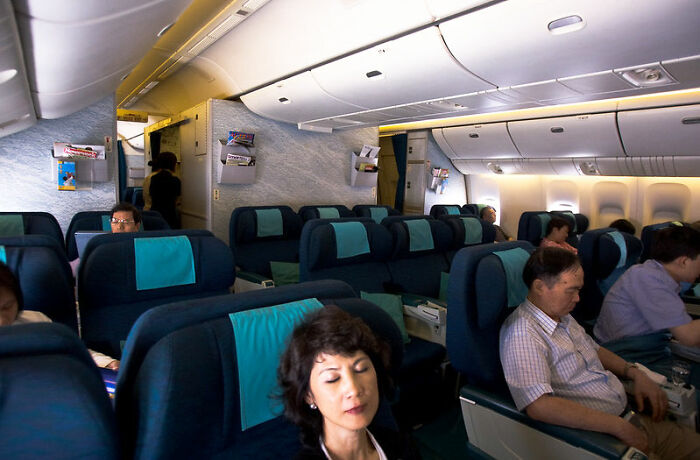 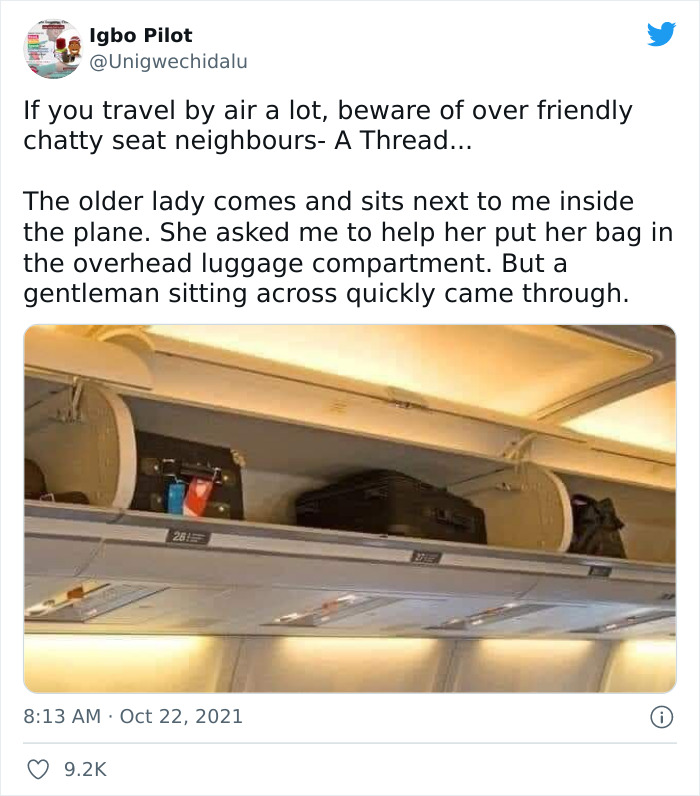 So, Mr. Chidalu re-shared a story on his Twitter that serves as a warning to everyone who travels a lot by plane. In particular, the story advised passengers to beware of overly friendly and chatty seatmates.

You see, the story’s protagonist—a woman—was traveling to Dubai, and during the flight, she had one such seatmate. For most of the trip, the two talked and bonded. 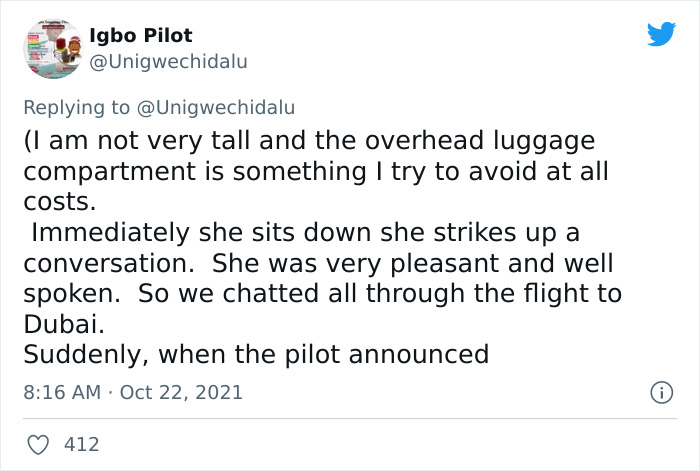 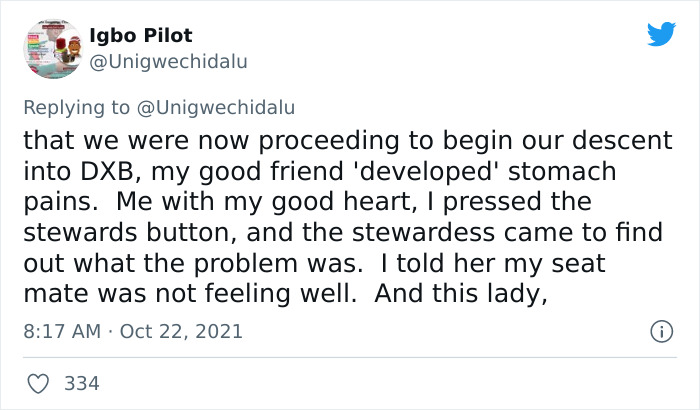 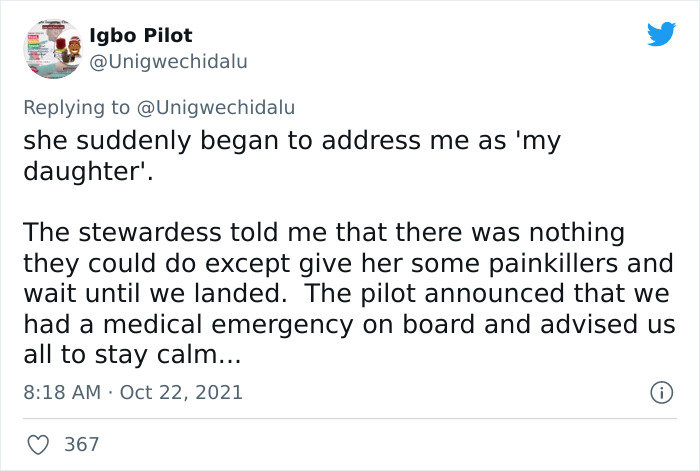 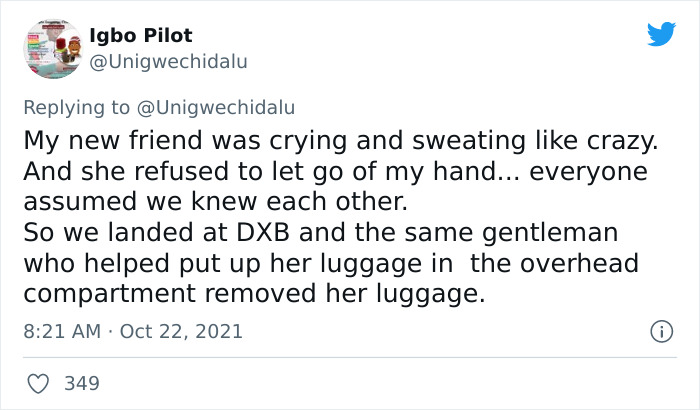 However, towards the end of it, the elderly lady started experiencing stomach pains—serious enough to alarm the personnel and lead to a quickened departure from the plane.

During this whole deal, the older woman kept referring to her new friend, the young protagonist, as her daughter, and wouldn’t stop holding her hand tightly.

A man who had previously helped the old lady with her luggage understood that something was afoot, and warned the younger helping woman, telling her to distance herself and to let the cabin crew take care of it.

He was a god-send. 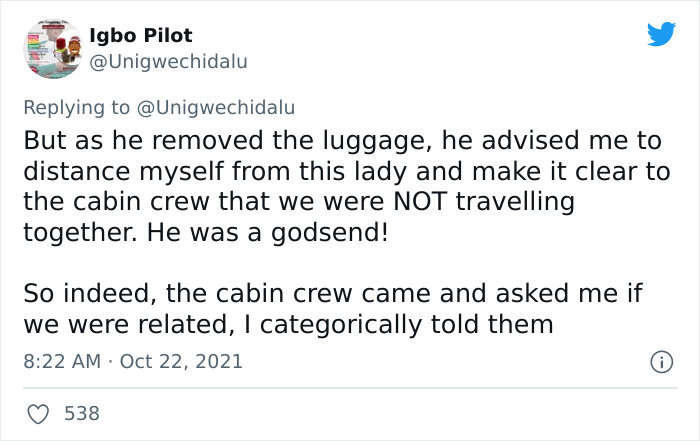 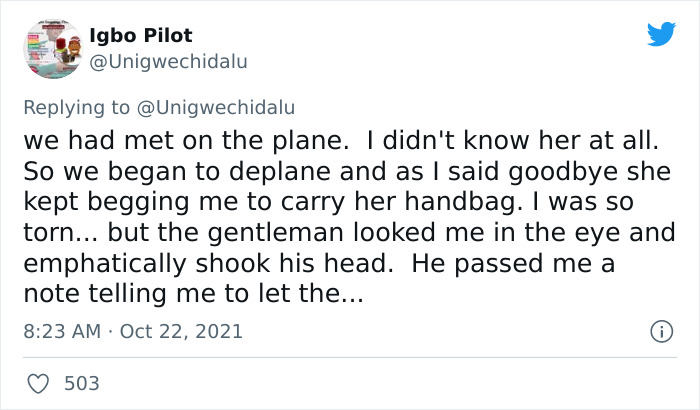 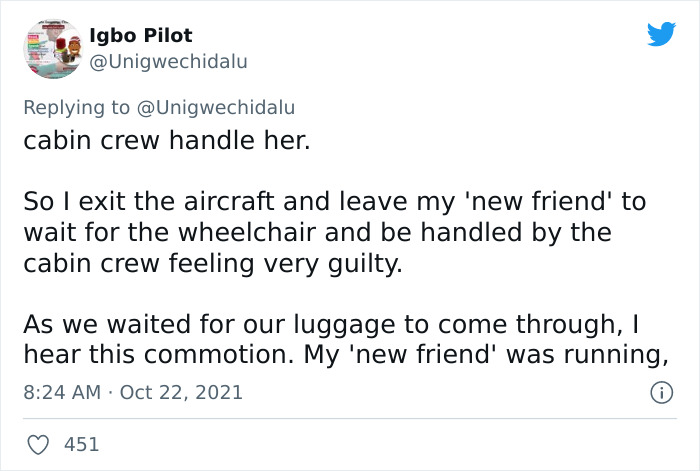 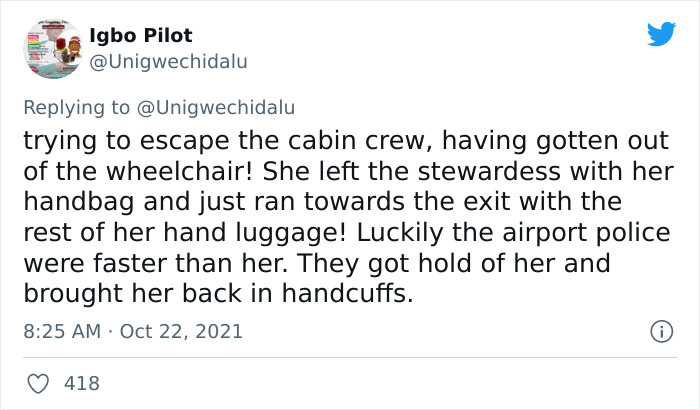 When everyone got off the plane, the story’s protagonist was at the luggage carousel when she saw something quite unusual: the old lady who was seated in a wheelchair—because, remember, she wasn’t feeling well—stood up and began running, leaving her handbag behind.

Moments later, the old lady was apprehended, screaming “my daughter” at the younger woman. It turned out she was a part of a drug smuggling operation, and had hence dragged our story’s protagonist into it. 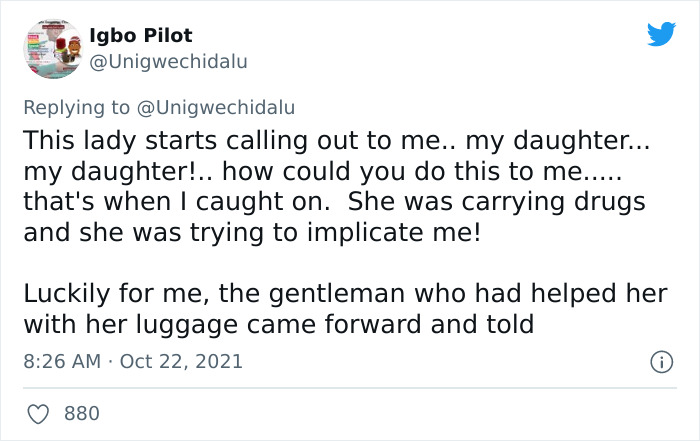 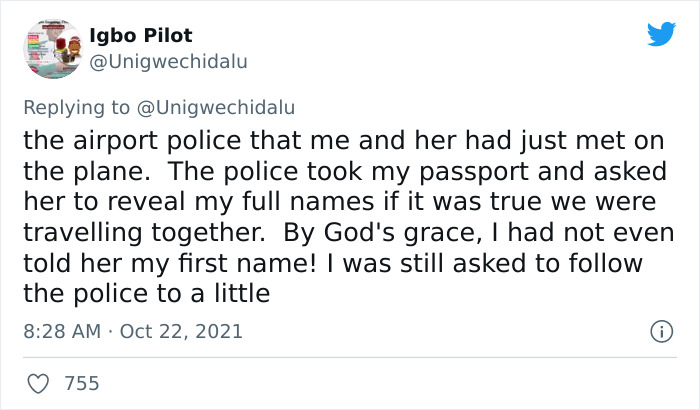 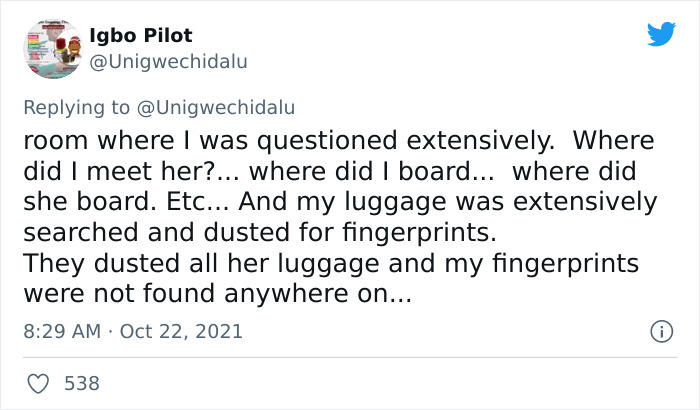 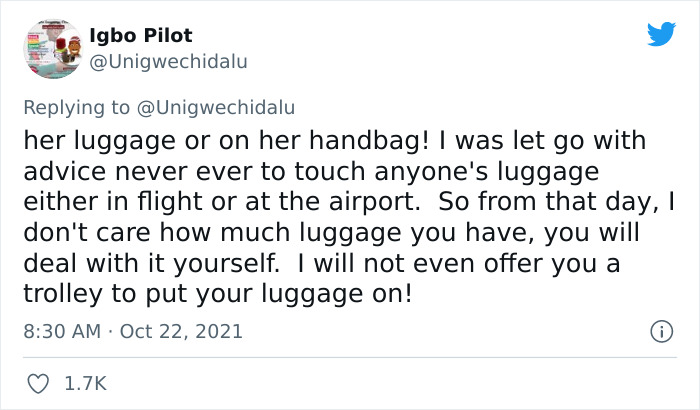 The young woman was questioned, extensively, but due to the fact that she didn’t touch the old lady’s handbag—that other man did—and she rejected all claims of being related, just like the other man advised, airport officers believed her and let her go.

So, this leads us to the moral of the story, which is that you can never be too careful on planes, and even being asked by a friendly elderly lady to handle her luggage can turn very ugly. So stay safe out there.

While some were skeptical of the whole deal, others shared similar stories of how they were almost dragged into shady things

The story was posted on several different websites, but those never really gained much attention until now when Chidalu shared it on his Twitter where he got a modest amount of likes—almost 9,300—with 7,400 retweets. 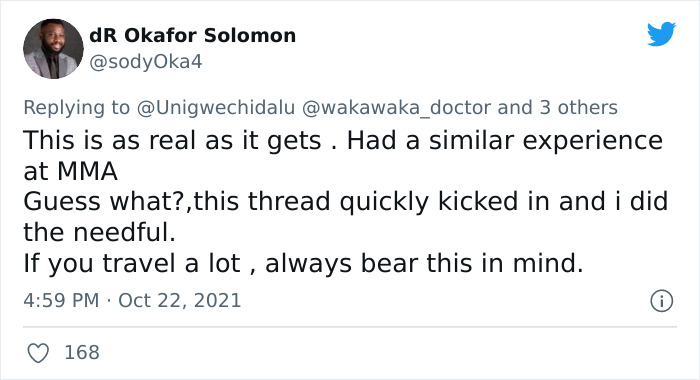 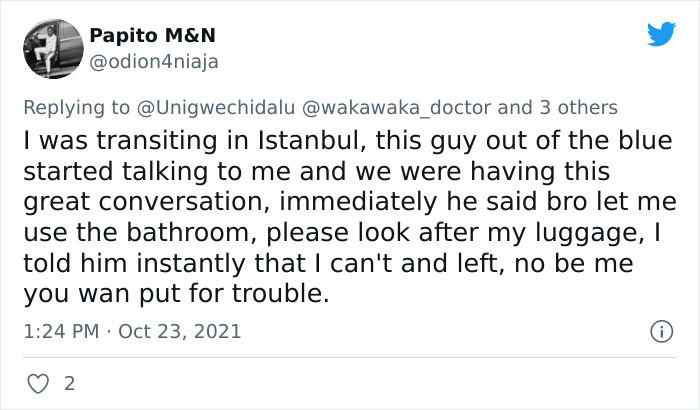 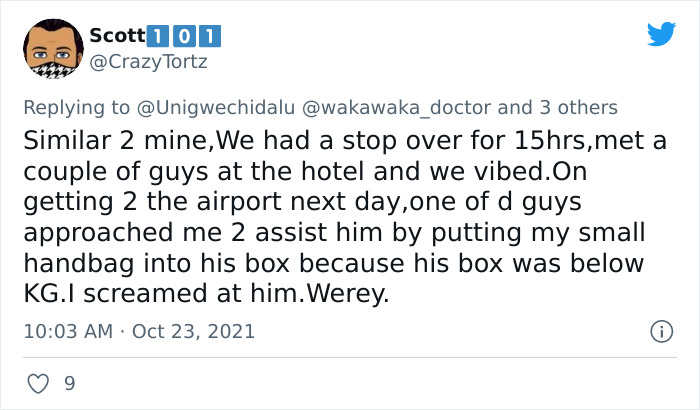 Some commenters questioned how the old lady smuggled the drugs into the airport in the first place. Others were suspicious of the old lady right from the start, and yet others actually related to the story, further cementing the idea to be aware of things when traveling.

Do you have some safety stories from your travels? Share with us in the comment section below!

The post Woman Advises People To Be Alert About Overly Friendly Chatty Seatmates On Planes With Her Now-Viral Story first appeared on Bored Panda.