Personal hygiene is exactly that. Personal. There’s no routine that works for everyone. But some of its features are more universal than others.

Just a few days ago, a woman has sparked a heated debate after revealing she only showers three times a week.

She didn’t think it was something out of the ordinary until the topic randomly came up when she and some of her friends were chatting about their beauty habits. They said her number is way too low.

Unsure of what to make of their talk, the woman made a post on the popular forum Mumsnet, asking if its users also believed she’s being disgusting.

How often do you shower? 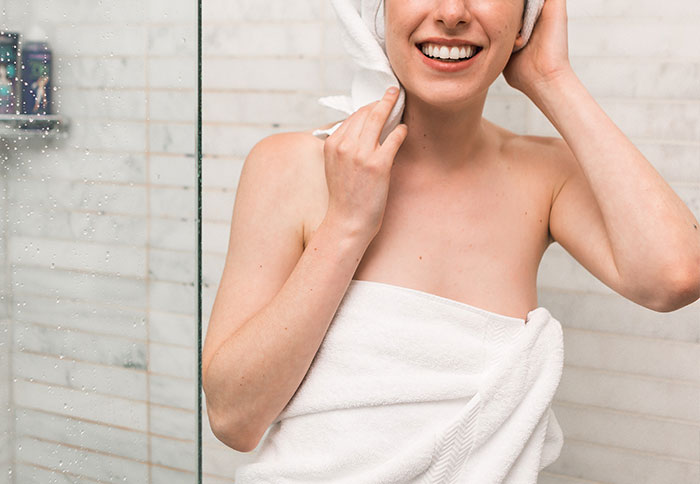 Image credits: No Revisions (not an actual photo)

This woman thought three times per week was enough, but her friends are beginning to change her mind 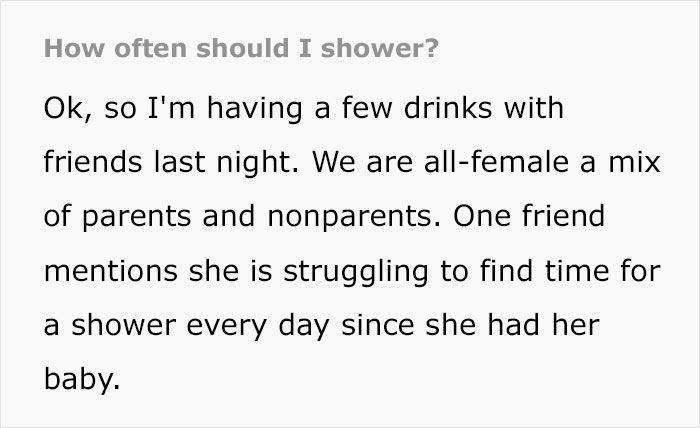 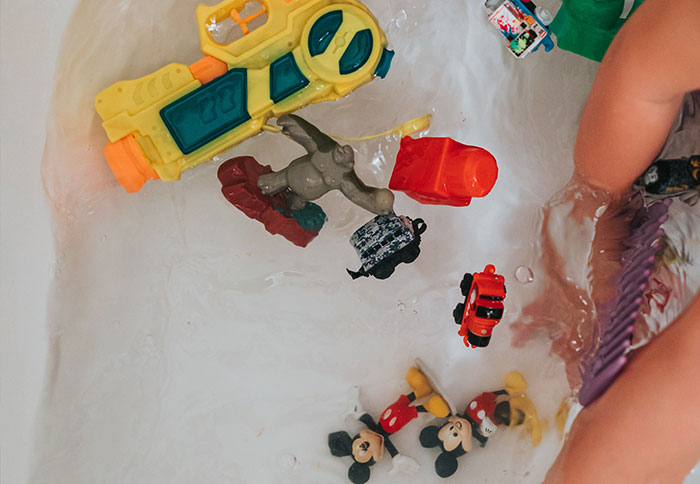 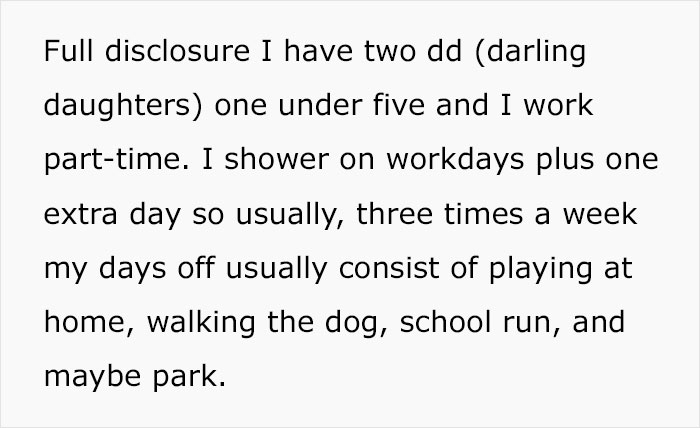 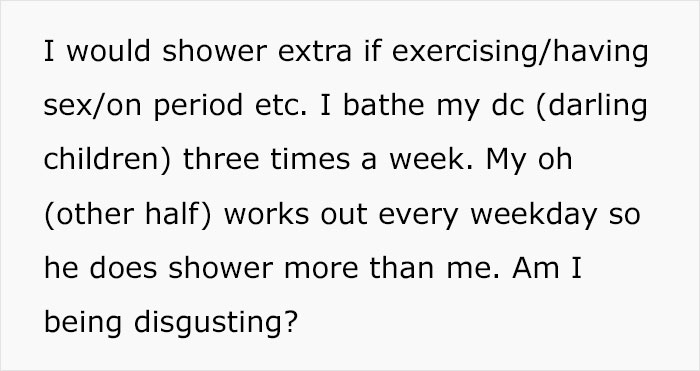 About two-thirds of Americans shower daily. In Australia, it’s over 80%. But in China, for example, around half of people report bathing only twice a week.

But why? Robert H. Shmerling, MD, who is the former clinical chief of the division of rheumatology at Beth Israel Deaconess Medical Center (BIDMC) and current member of the corresponding faculty in medicine at Harvard Medical School, says the intuitive answer “because it’s healthier than showering less often” isn’t even the real reason.

“For many — perhaps most — the daily shower is more about habit and societal norms than health,” the doctor explained. “Perhaps that’s why the frequency of bathing or showering varies so much from country to country.”

Many believe this number is perfectly normal and healthy 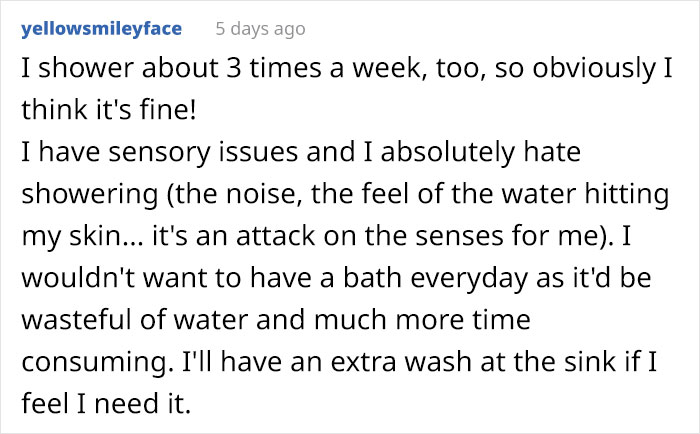 Besides considering it healthier, people also choose to shower daily for a few other reasons, including:

“Each of these has merit, especially considering that personal or work relationships can be jeopardized by complaints about body odor or personal hygiene,” Shmerling added. “But what is considered acceptable in this regard varies from culture to culture. And some (perhaps a lot) of what we do when it comes to cleaning habits is influenced heavily by marketing. Ever notice that directions on shampoo bottles often say ‘lather, rinse, repeat’? There is no compelling reason to wash your hair twice with each shower, but it does sell more shampoo if everyone follows these directions.”

Showering too often can actually be more harmful than beneficial. Normal skin maintains a healthy layer of oil and a balance of “good” bacteria and other microorganisms. Washing and scrubbing remove these, especially if the water is hot. As a result:

Being too conservative and spreading your showers too wide apart, however, can also be harmful to your body.

“Aside from odor, you’ll need to be concerned about a host of different skin issues like acne, irritation, flare-ups of existing skin conditions, and even yeast or fungal infections,” Michele Green, MD, and New York City-based cosmetic dermatologist said. “Acne forms when there is a blockage and inflammation of sebaceous follicles, not only on the face, but on the chest and back as well. Shower too little and there’s greater potential for acne-causing bacteria to become trapped inside the pores.” To clear up any body skin breakouts, you’ll want to shower more often than you are now, using a loofah to remove the buildup of dead skin cells and keep the pores clear. Dr. Green adds that it’s important to rinse the loofah and hang it to dry between uses to prevent the spread of bacteria.

Bottom line is, while the importance of personal hygiene can’t be understated, everyone’s skin is different, and we all need to figure out what works for us.

But with that being said, it sounds like the author of the post may have got shamed unnecessarily! 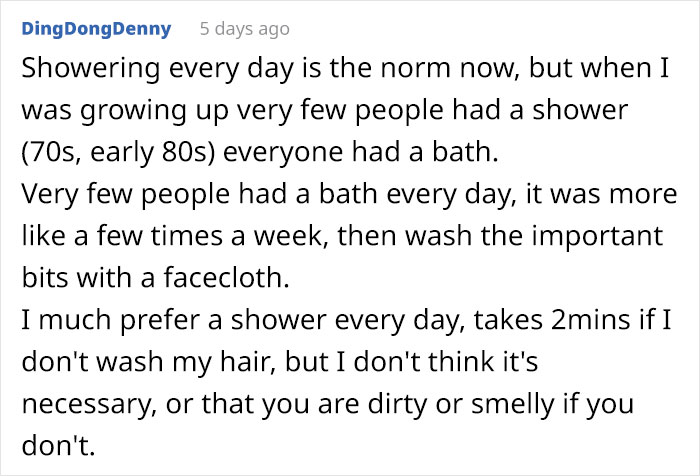