Does any one of you remember the “You Ain’t Got No Pancake Mix Kid”? Boy, I just dated myself…

Well, that kid couldn’t say that to Chelsea, who had an abundance of pancake mix all stashed up in her luggage. How do we know? The Transportation Security Administration, or the TSA, made sure of that.

A picture documenting this interesting turn of events exists in tweet form and got quite a bit of attention from the internet.

Incidentally, if you want to learn more about that pancake mix meme, you’re welcome.

The TSA finds loads of random things in people’s luggage, but that one time they found an abundance of pancake mix was what the internet really needed 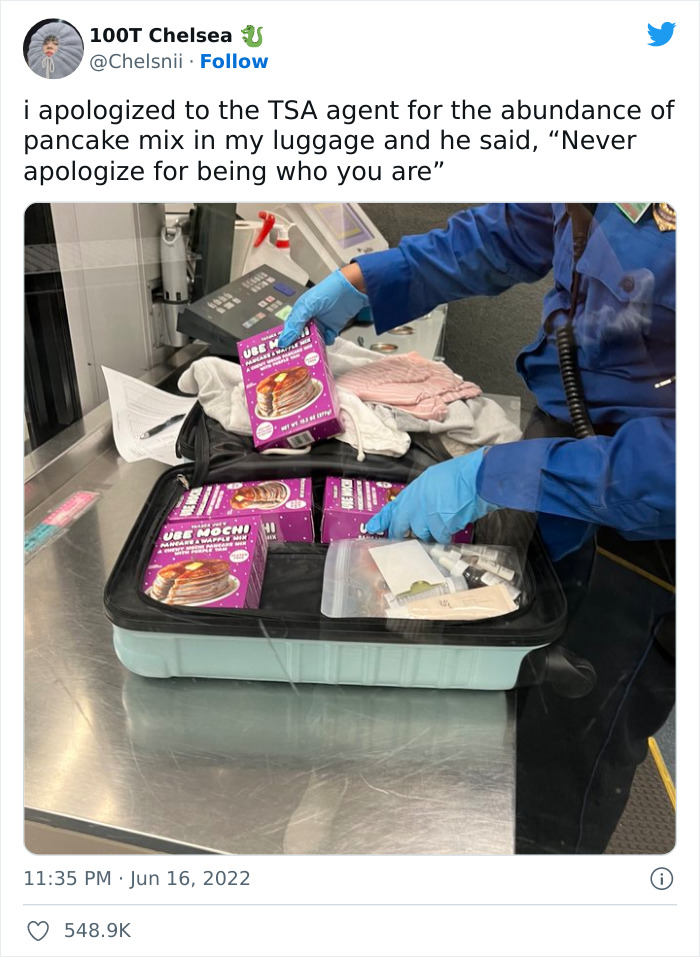 So, a treasury analyst at 100 Thieves named Chelsea has been traveling lately. She was on her way to Vancouver to visit some friends. And, turns out, the lovely land of Canadia doesn’t have Trader Joe’s, which means no Ube Mochi pancake mix. So Chelsea figured that’d be the best American souvenir to bring!

“Plus, it’s delicious!” added Chelsea in an interview with Bored Panda.

As you might have guessed already, this isn’t your regular, run of the mill pancake mix. Nope. This is Trader Joe’s UBE MOCHI pancake and waffle mix, the chewy mochi pancake mix with purple yam that only requires some water, eggs and butter for ultimate gustatory pleasure.

So much, in fact, that Chelsea, the lovely lady who was taking said ube mochi pancake mix to her friends in Canada as a souvenir, became the “Pancake Mix Girl” overnight 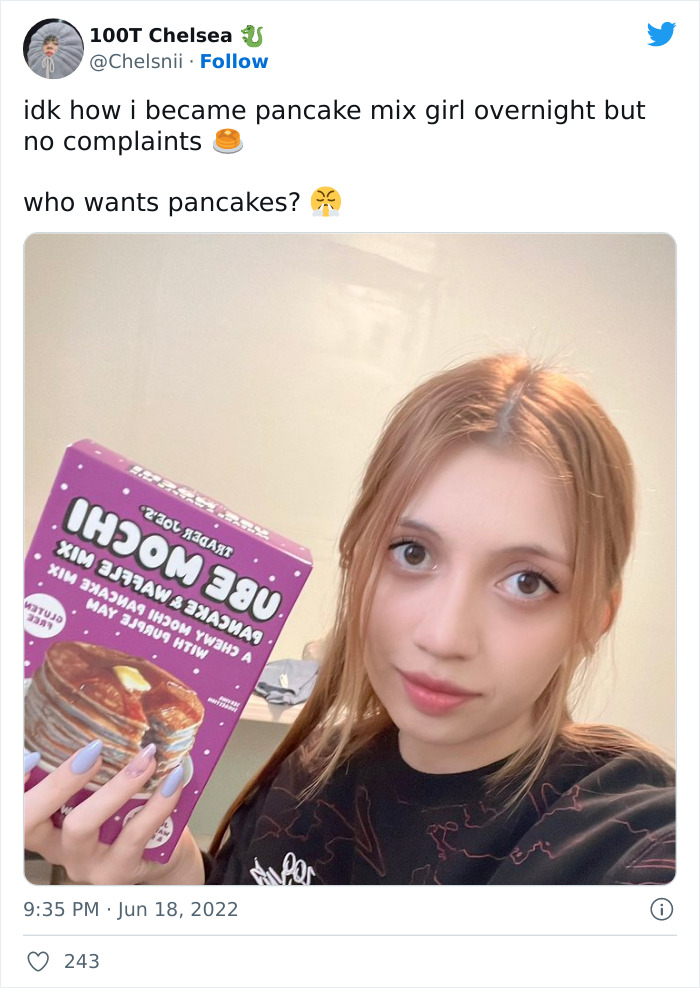 In fact, it doesn’t really require eggs, as Chelsea explained, because of course we asked her for the recipe! “I recommend omitting the eggs from the recipe on the box! With the egg, it comes out to be the same consistency as a normal pancake, but without the egg, the intended ‘mochi’ texture really stands out.”

But I’m getting distracted. 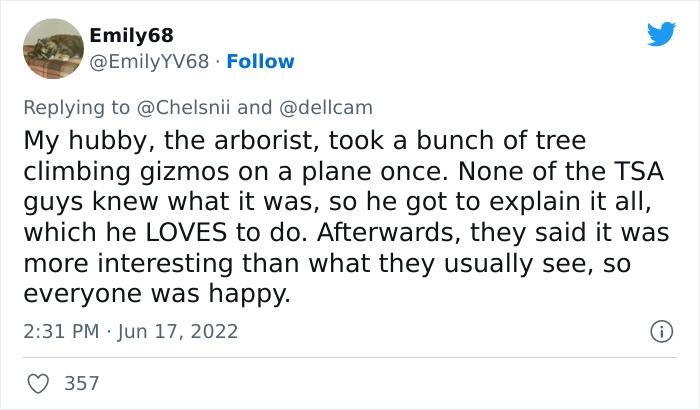 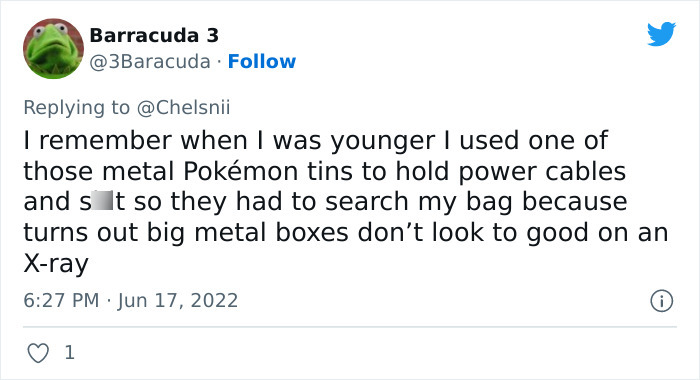 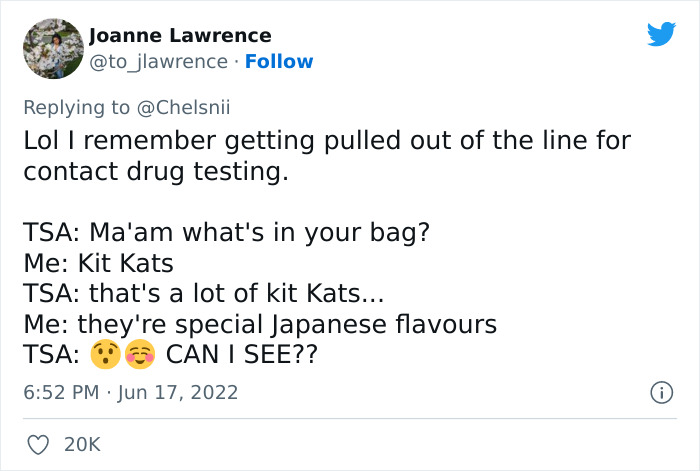 Despite having done her research, Chelsea still felt a bit uneasy with all the pancake mix she was transporting

Unfortunately (or is it?) there ain’t nothing that gets past the TSA and they had to search Chelsea’s luggage. Upon opening it, Chelsea felt the need to apologize for the slightly bizarre combination and quantity of baggage contents.

“I looked it up before traveling and it said pancake mix was allowed, but apparently if you are bringing powders over a certain amount, you have to take it out of your luggage for them to inspect it,” elaborated Chelsea.

“I didn’t know about this at the time, and I had thought about asking the TSA agent if I would need to take it out of my luggage, but I didn’t know how to go about asking without exposing the fact that I was carrying a bunch of pancake mix in my suitcase, so I thought it would be embarrassing to ask. I guess they ended up finding out anyway!” 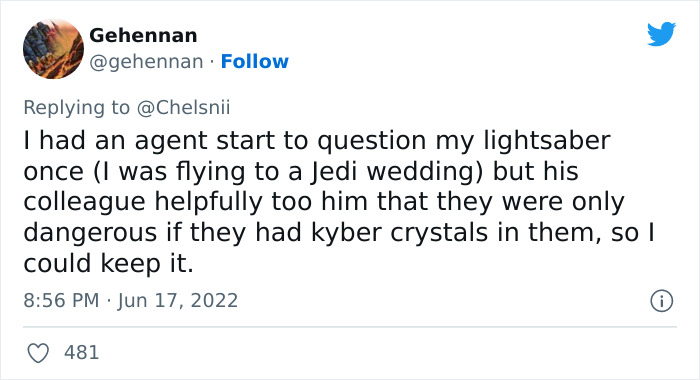 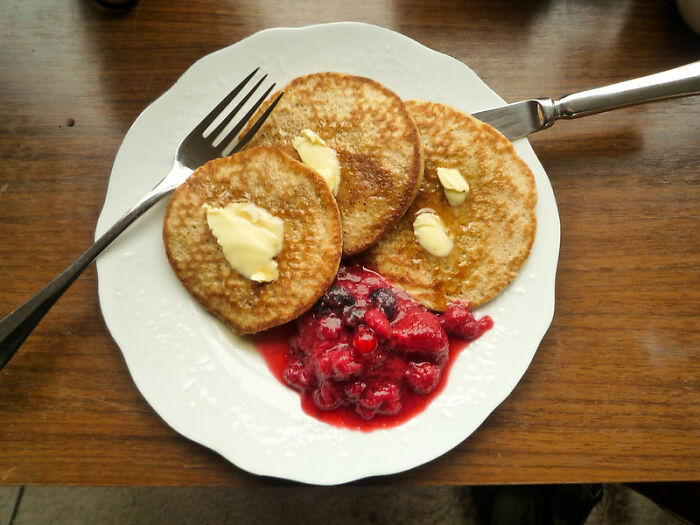 While the TSA was a tad bit surprised to find it all, one of them came back with the most wholesome “never apologize for being who you are”

As soon as Chelsea saw her suitcase get pulled to the other side of the conveyor belt, she immediately knew it got flagged. A moment of mental preparation before her flour obsession was exposed. The TSA agent asks whose luggage it was. She raised her hand, followed by an “I’m so sorry for what you’re about to see.”

“Is there anything sharp in here I should know about?” the TSA agent asked. Chelsea came back with a “No ma’am.” The TSA agent popped up the suitcase and lo and behold, they were blinded by the bright purple shine of the pancake mix boxes.

One of the other TSA agents said “Woah, is that pancake mix?” to which she replied “I am so sorry, this is so embarrassing.” The TSA agent , contrary to popular belief, seemed very cool about it and responded in a very wholesome manner with “never apologize for being who you are.” You can’t help but love the guy for his chill wisdom, making things right in the world one piece of luggage at a time. 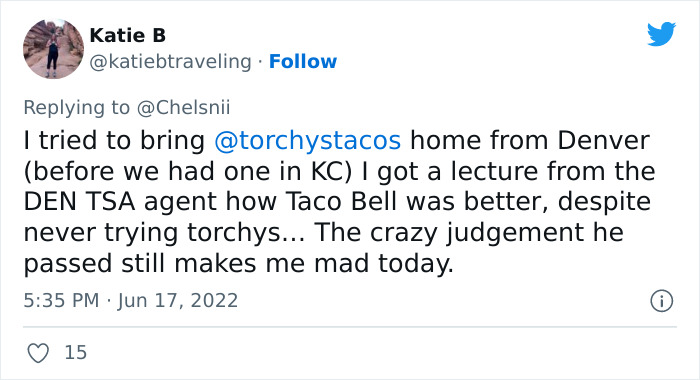 “They swiped every box of pancake mix with some sort of explosive-detecting paper and scanned it through the machine. After the all-clear, the TSA agent zipped up my bag and handed it back to me, ‘Must be good pancake mix if you’re traveling with so much of it.’” And she was on her way.

Well, it wasn’t long until a picture of the shake-down found its way onto Twitter and drew quite a crowd. In several days, the tweet has managed to get nearly 550,000 likes with 38,400 retweets.

For the most part, it prompted a lot of stories of folks experiencing similar (or not so similar) TSA stories about the stuff they had the pleasure to find in their luggage. You think whole kilograms of pancake mix is a tad bit weird, try cooked chickens and twelve million kinds of smelly cheese. 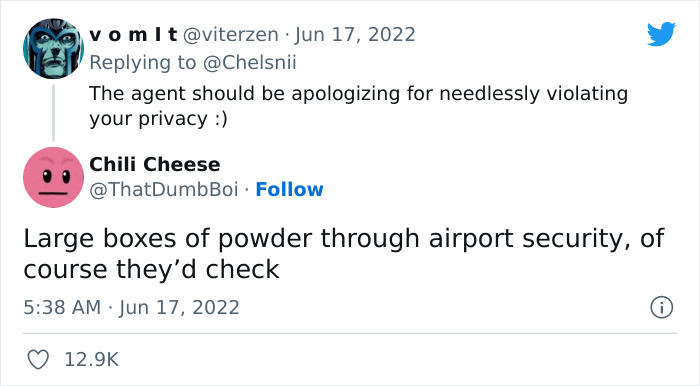 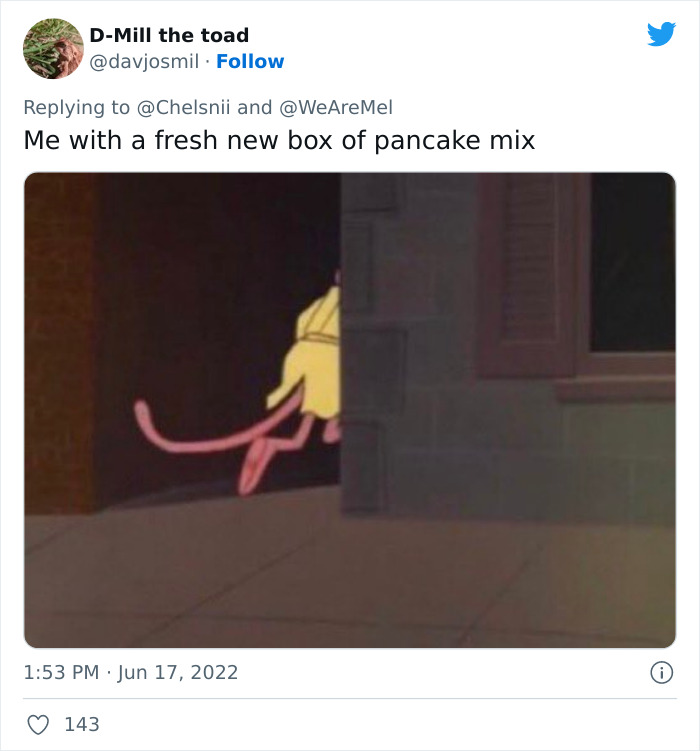 Now all we need is some syrup and we’re set… wait, we’re good, there’s this guy who brings maple syrup in his carry-on. Problem solved!

For the record, the TSA has officially declared that pancake mix is allowed in both the carry-on and the checked luggage, but it’s recommended to stash it away as it’s more than 12 oz. Or let it be radiated in the x-ray machine along with all your electronics, which may or may not add some extra bit of spice to it.

In any case, you can check out the post here. But before you go-go, we would love to hear your thoughts and opinions about excessive quantities of pancake mix in luggage and TSA stories, or shoot us your best pancake recipes in the comments below!