There are tons of articles, books, and other resources about how to be more productive and cross more tasks off your never-ending to-do list.

Productivity has earned itself such an important role in our society that many of us even feel guilty when we don’t spend every minute of every day chasing some goal.

There’s a book that delves deep into this phenomenon. It’s called Do Nothing: How to Break Away from Overworking, Overdoing, and Underliving and was written by award-winning journalist, author, and public speaker Celeste Headlee.

When the content creator who goes by the nickname Simplifying Sam came across the title, she was immediately captivated by it. But after the woman read it, she liked it even more.

So much so that Simplifying Sam even took the time to tell her followers about it.

TikToker Simplifying Sam has read the book Do Nothing: How to Break Away from Overworking, Overdoing, and Underliving and it captivated her so much, she did a video about it

In it, the content creator breaks down the guilt we feel when we take time off and aren’t being productive 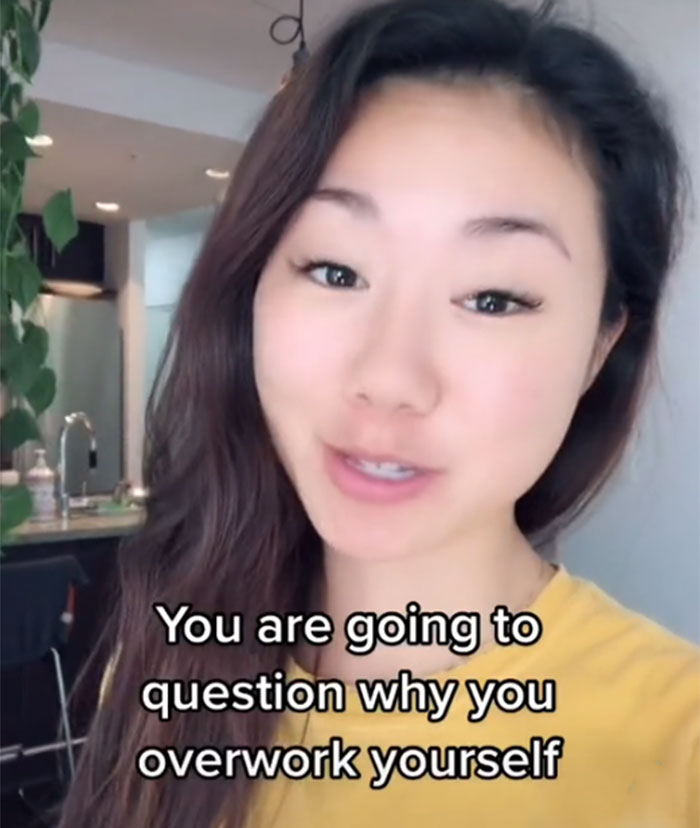 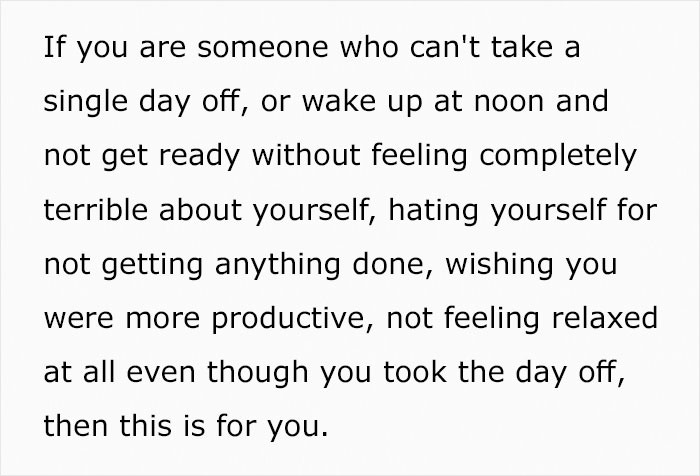 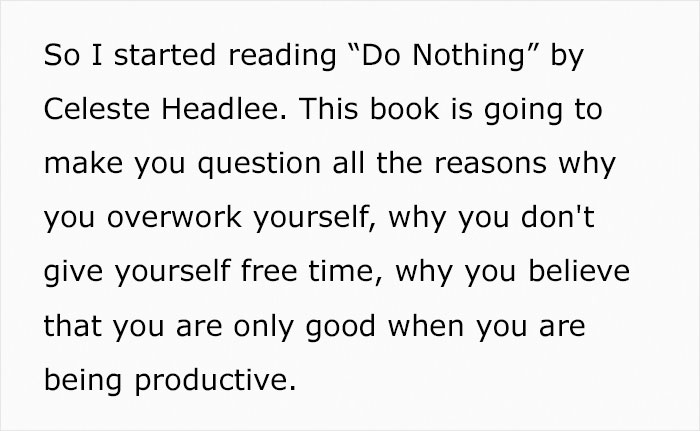 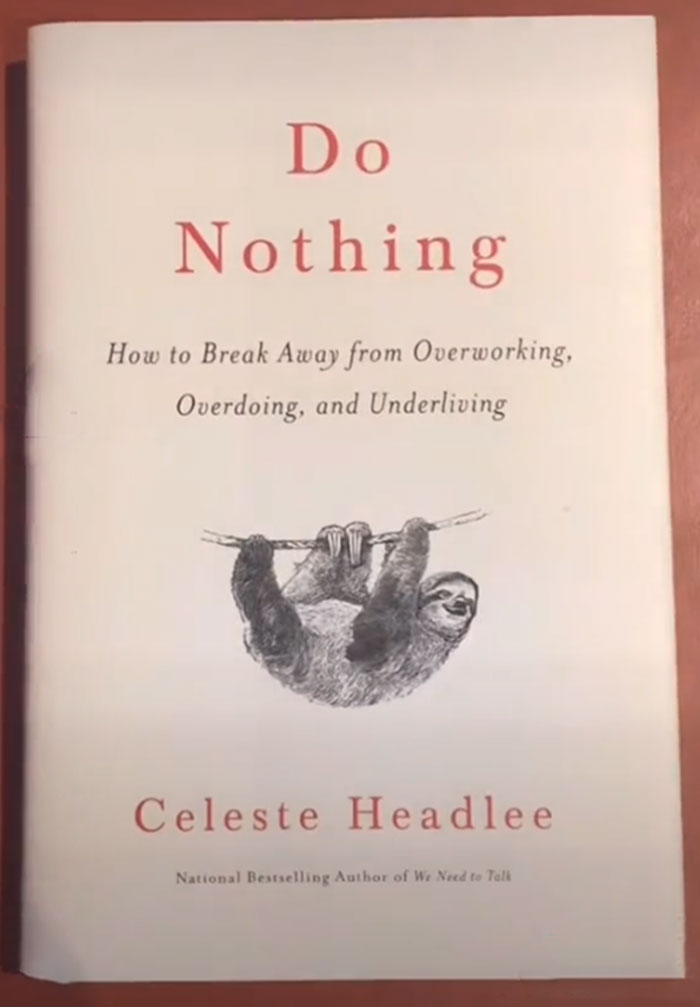 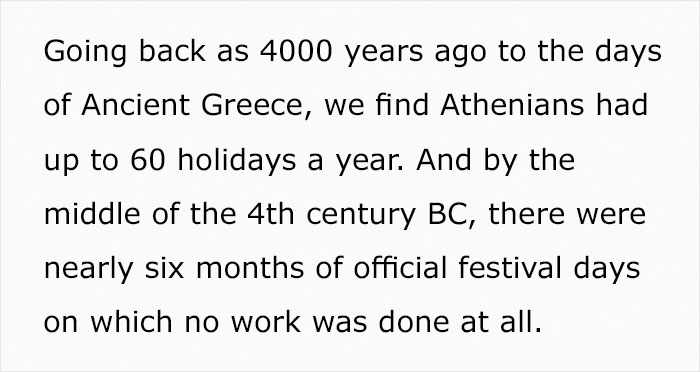 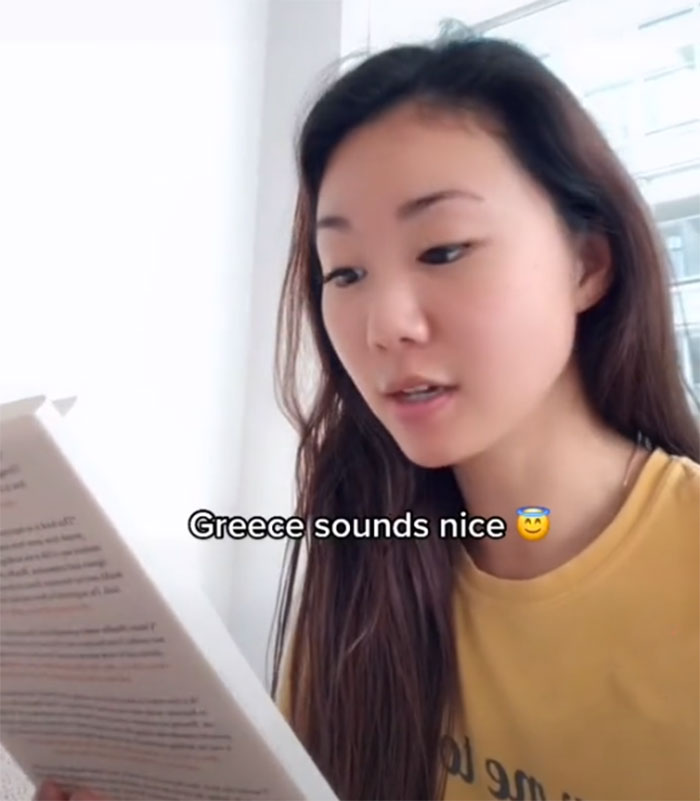 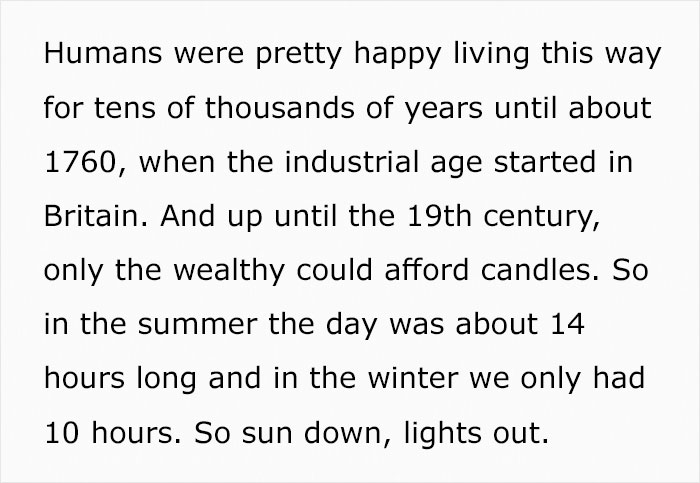 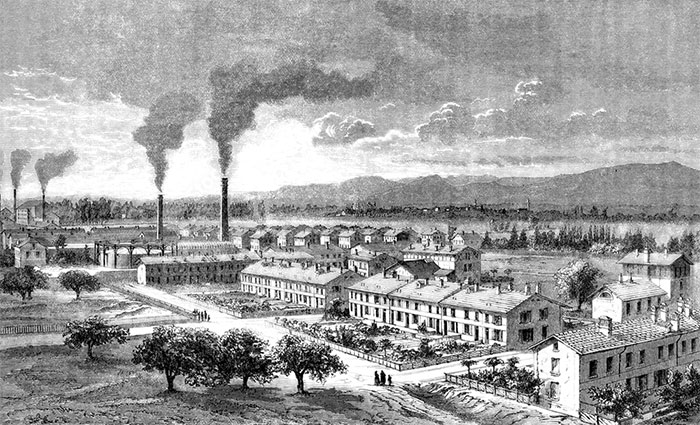 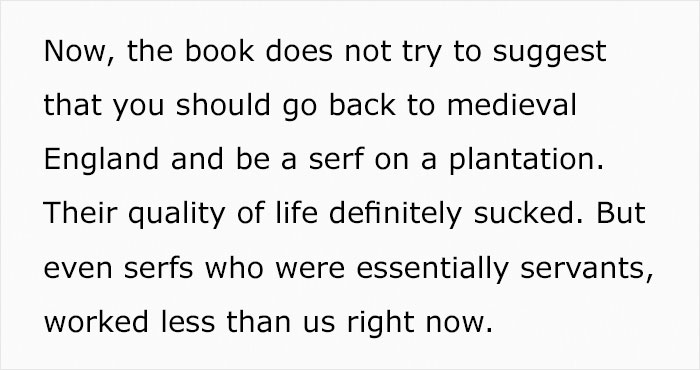 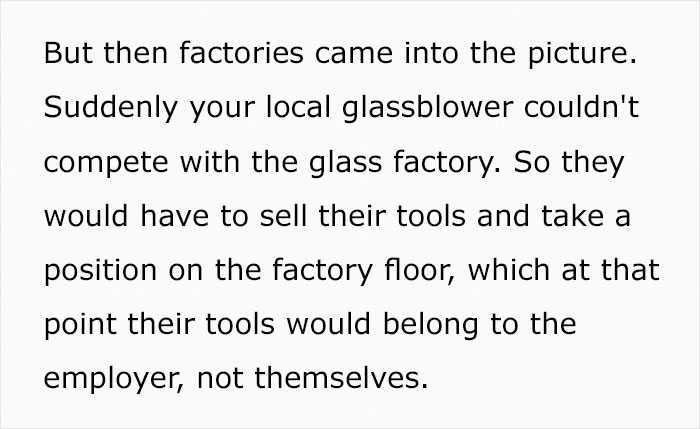 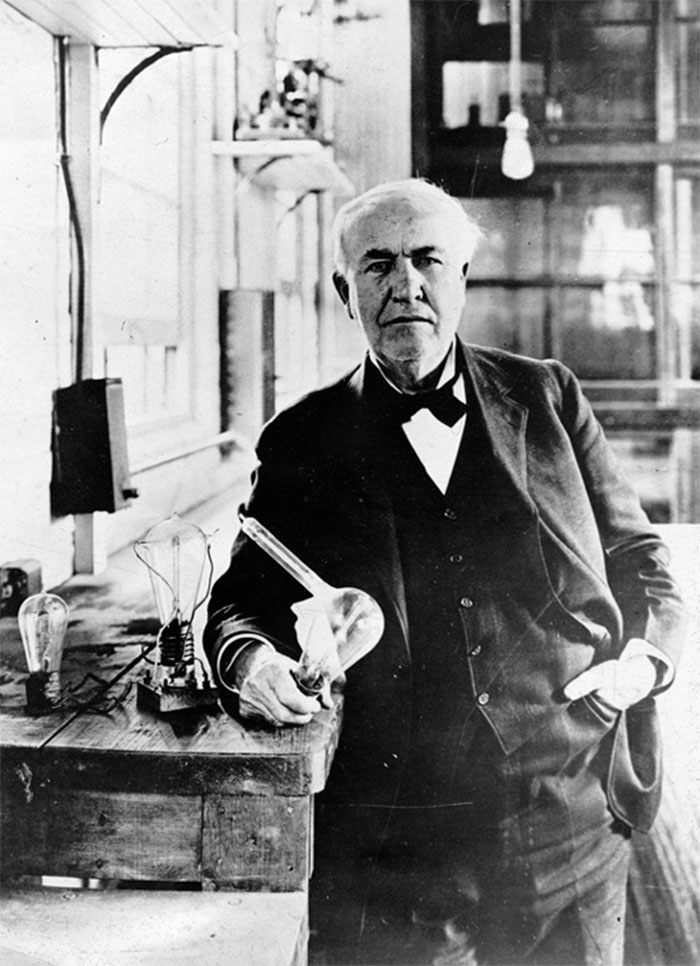 According to Heidi Grant, the director of research and development for Americas Learning at EY and the author of No One Understands You and What to Do About It, our end-of-workday shame for not having accomplished what we set out to is often not an indicator that we’re useless, but the result of unrealistic expectations.

“Most humans are overly optimistic—we enter the day with an expectation and plan of getting all sorts of things done,” she told Harvard Business Review. But the trouble is, “we are not grounding our expectations in the reality of the work that we do.”

So invariably when 6 o’clock rolls around, we feel anxious and guilt-ridden, Whitney Johnson, the executive coach and author of Disrupt Yourself, added. “You look at what you didn’t get done, and you get that sinking feeling deep in your soul that you are not enough.” But, Johnson said, “you mustn’t feel like a failure.” 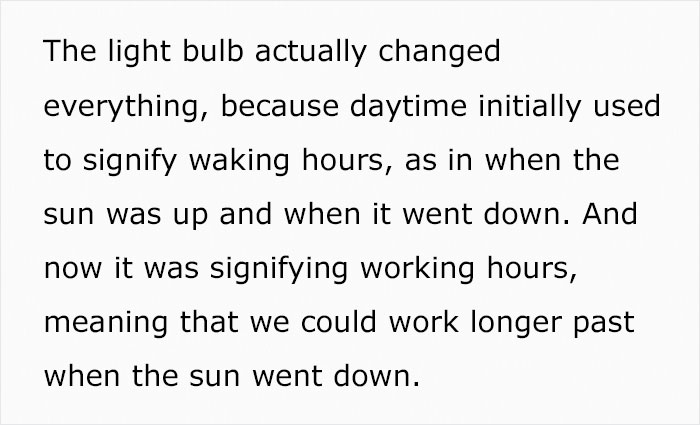 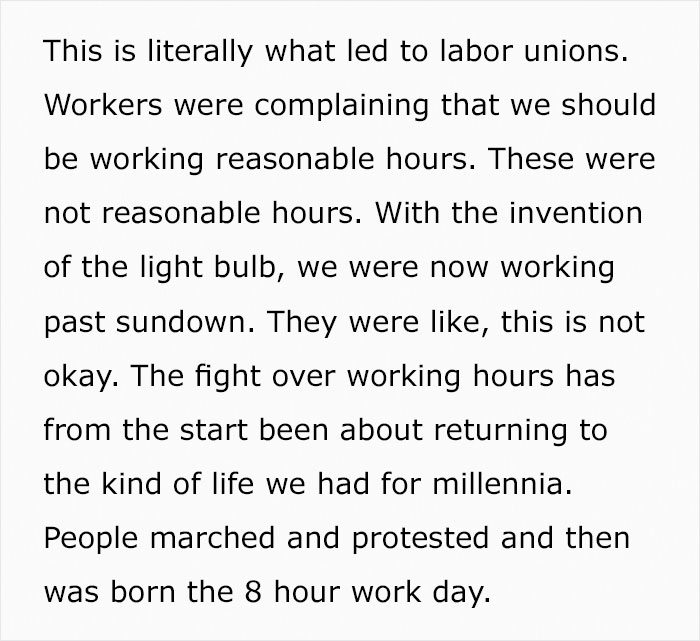 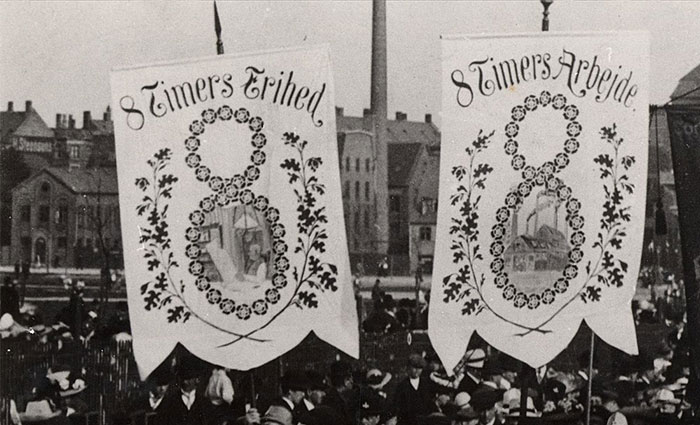 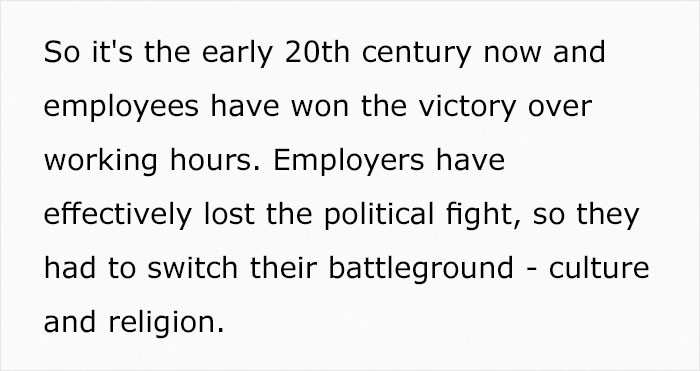 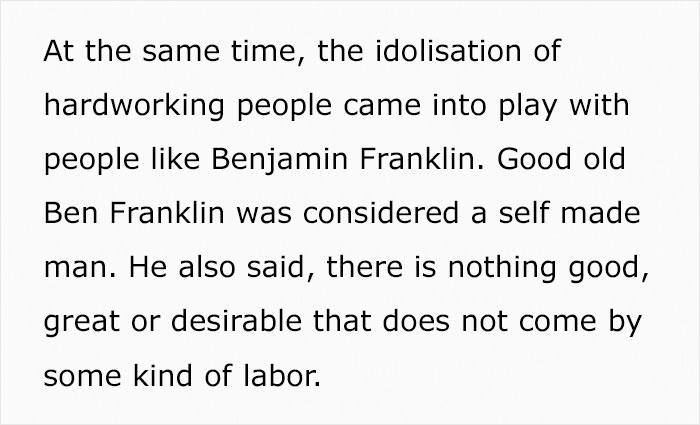 People who have been conditioned to view their results as their ‘business cards’ can be too hard on themselves.

“We link our behavior, our performance, our productivity, with our self-worth,” Julie de Azevedo Hanks, Ph.D, LCSW, founder and executive director of Wasatch Family Therapy, a private practice in Utah, told PsychCentral. So when we’re being less productive, we simply feel like we’re doing something wrong. Breaking the rules.

We also (mistakenly) believe that there’s “actually a point where we get everything done that we want to, or should, or expect.” And we start to associate relaxing with being lazy, bad, or worthless. 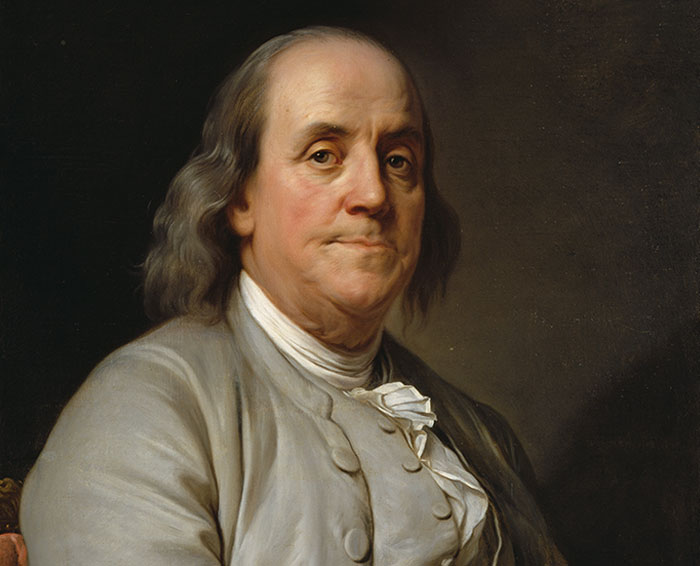 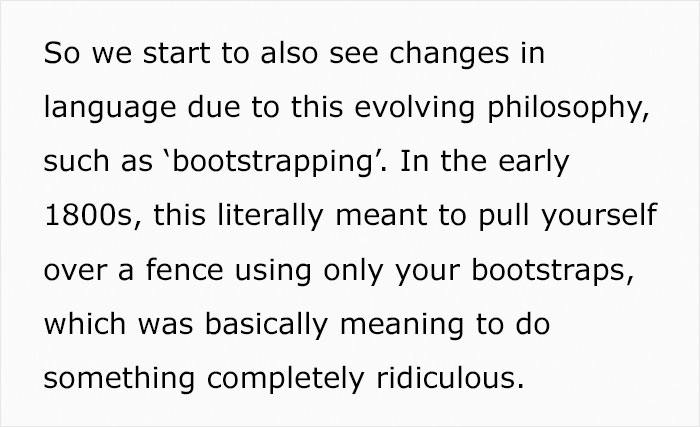 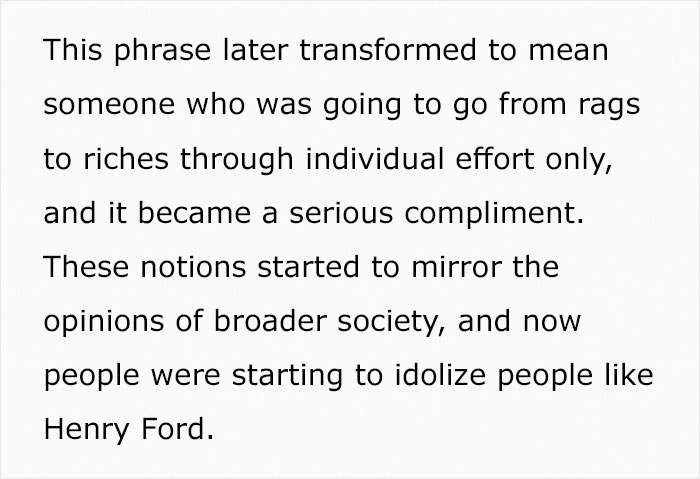 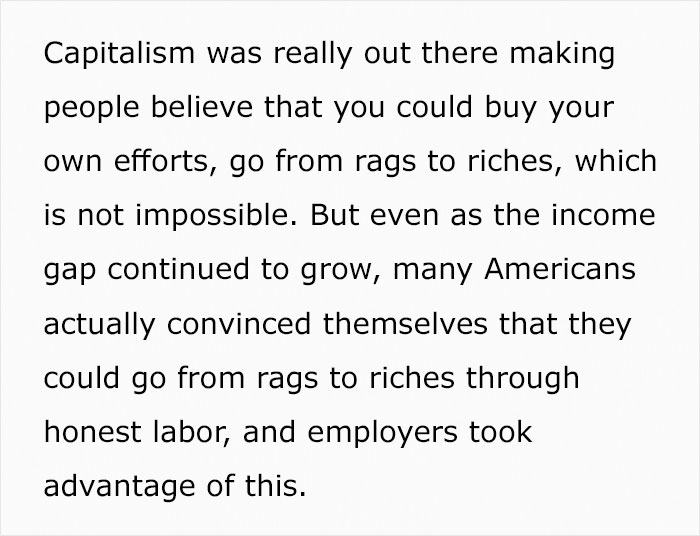 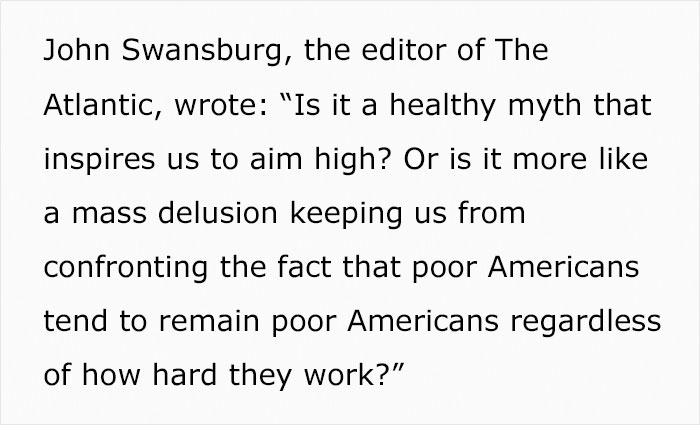 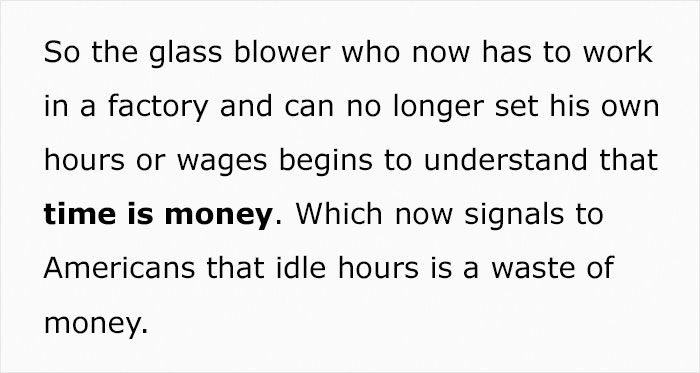 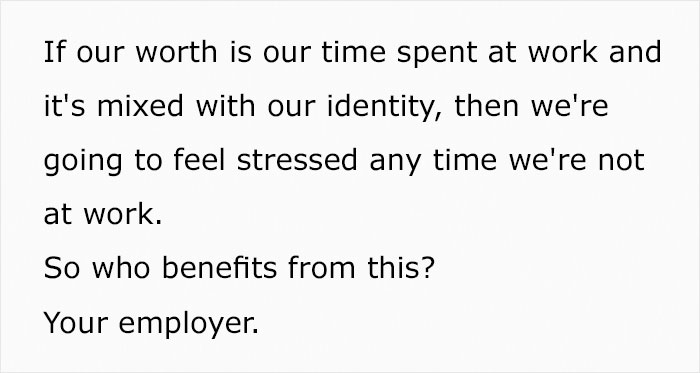 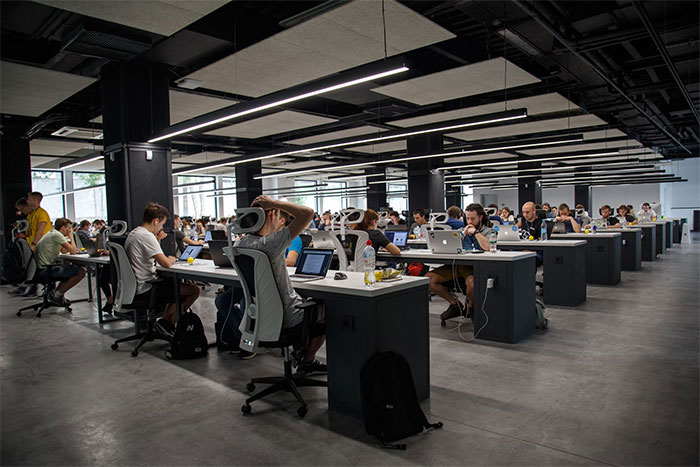 Soon after, Simplifying Sam released a follow up video to end her analysis of the book

@simplifying.sam My unsolicited presentation on why we should work less or why you think you should always work more #ihatecaptialism ♬ original sound – Samantha

Our culture is organized by a hierarchical ranking of its members. In this dominator model, we are always being threatened. That’s because “if someone is doing more or doing better, you lose your rank or position in the hierarchy,” Hanks said.

But on the other end of the spectrum is the “partnership model, whose fundamental organization is around linking and connecting.”

The key is to recognize that there’s more than just one way for us to exist. “We don’t have to rank, compare, compete.” Hanks likes to visualize everyone on the same level playing field and focus on the similarities among us. “[W]e’ve all experienced pain, need connection with others, need to work, need to rest.”

Even if we look at highly competitive environments and markets. “Operating out of fear of being ‘less than,’ not being the ‘top dog,’ or not getting the promotion will likely make it less likely that you’ll get the promotion. [That’s] because you’ll be anxiously concerned with ranking and comparisons instead of doing a good job.”

Once again we learn that fulfilment comes from within.

And people said it was eye-opening

The post Woman Explains How People Used To Work Much Less Back In The Day, Inspires A Discussion On Toxic Work Culture first appeared on Bored Panda.