Double standards are a wonderful invention of the human mind, which allow people to justify their unsightly actions towards other people. Due to double standards, a person may believe that they are entitled and when others act exactly the same way towards them, this very person becomes upset and offended.

At the same time, karma is such a special thing that almost always, if you do something bad to others, it will definitely backfire. And sometimes it turns out that it backfires from the same people whom you once offended.

For example, as it happened with the sister-in-law of this Redditor, whose post in the AITA community has already gained about 27.4K upvotes and more than 1.7K comments in just two days. People talk so much about karma, the psychological “boomerang principle” and the cost of rent – and here’s how they came together. 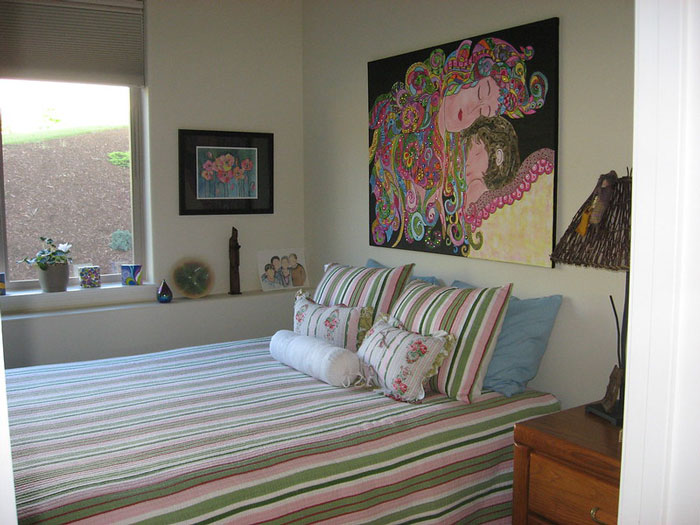 The Original Poster herself is sure that she is being petty; however, she could not afford to do otherwise towards her own SIL. The fact is that two years ago, the house where OP lived with her husband and three children burned down from a lightning strike.

Good thing the kids were at school and the couple was at work. Too bad it took almost 11 months for the insurance to pay out, and it covered 1 month worth of hotel stays, after which the family had to look for a new dwelling. 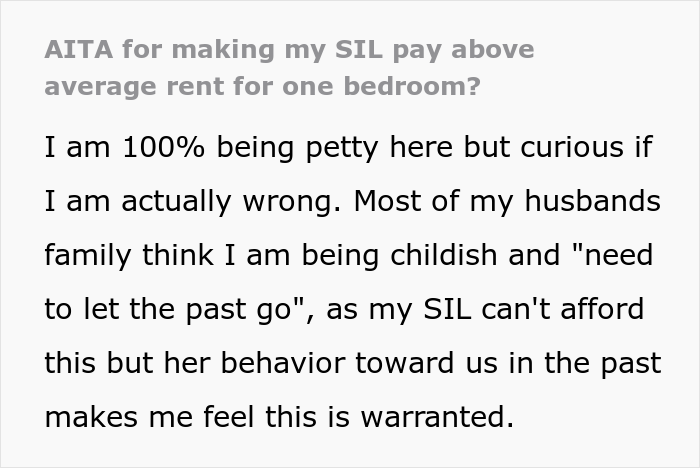 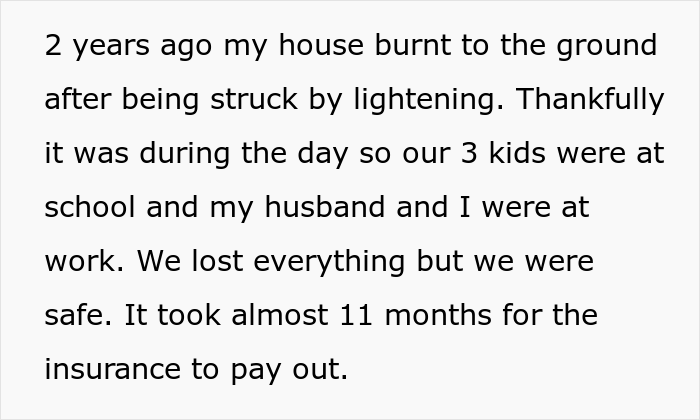 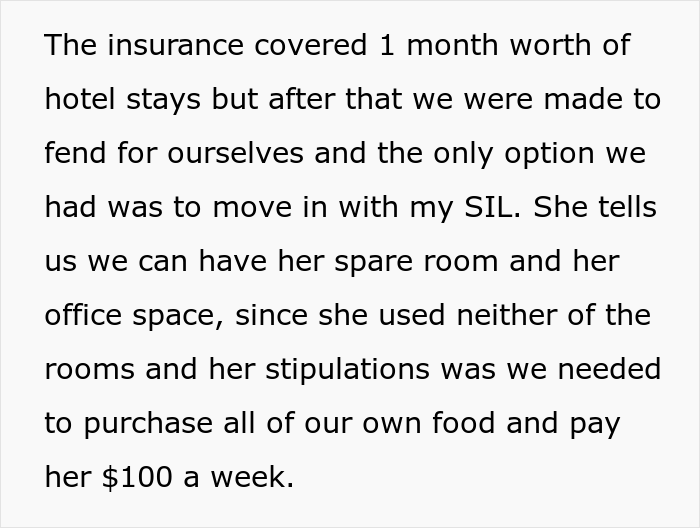 So the only option was to move into her SIL’s house. The owner provided her relatives with one of the rooms and an office space, demanding a fee of $100 per week for this. Three weeks later, however, the conditions changed – now OP and her family had to settle for only one room and pay $250 a week. Is it worth saying that the relatives had to buy food for themselves? 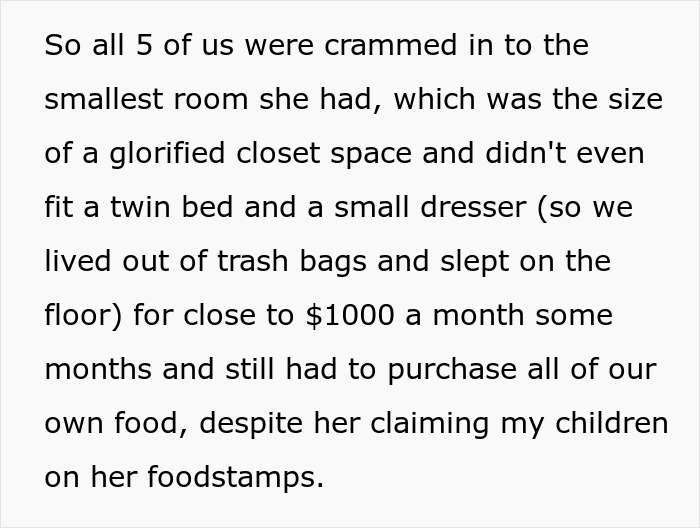 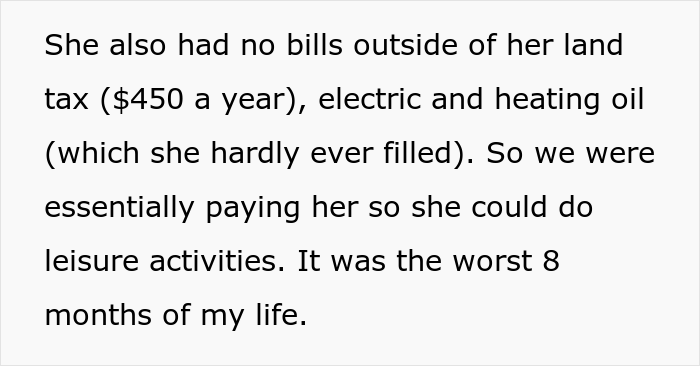 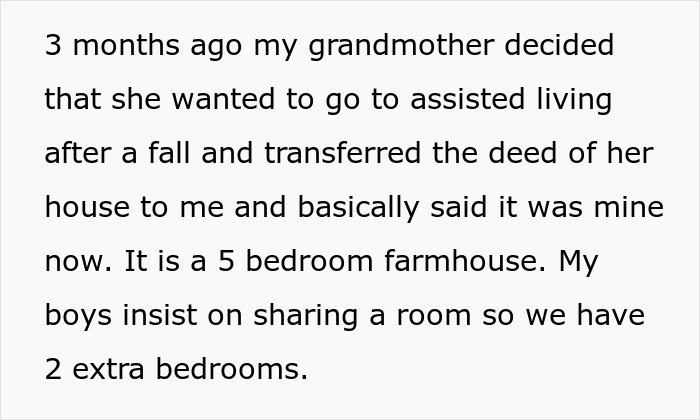 The room in which the five members of the OP’s family had to huddle was so small that even a twin bed could not fit in there – so they all slept on the floor, and clothes were simply taken out of their bags. In addition, even though the SIL claimed the OP’s children on her food stamps, she herself did not pay anything, except for land tax, electricity and heating (and that is not a fact, as the OP notes). In the author’s own words, these were the worst eight months of her life. 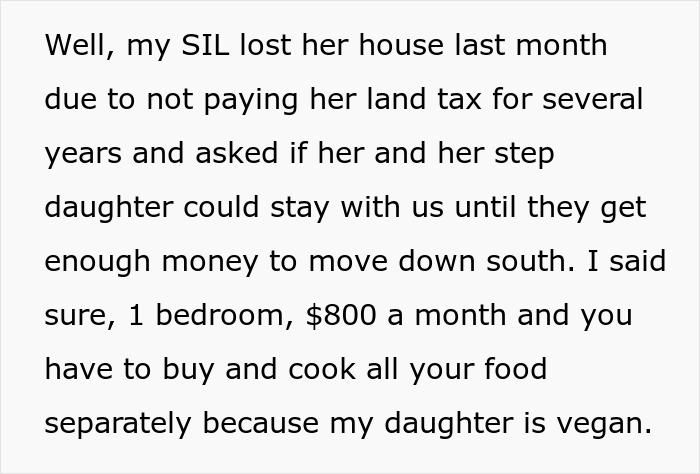 Recently, the OP’s grandma transferred the deed of her 5-bedroom country house to her

But then, three months ago, OP’s grandmother decided to go into assisted living after an unfortunate fall and formalized ownership of her five-bedroom country house to her granddaughter. The OP’s sons decided to share a room, so after the move, two more bedrooms remained free. 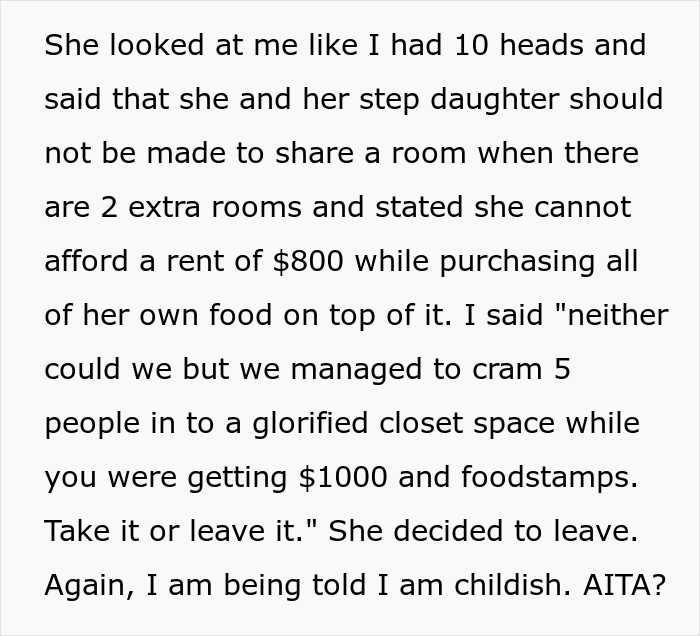 However, the most interesting part unfolded later. The SIL and her stepdaughter lost their house due to not regularly paying land tax – and now they had to turn for help, and guess who? That’s right – to the OP!

No problem, the OP said – $800 a month and one of the spare bedrooms is yours! Oh yeah, and they’ll have to buy their own food, because her daughter is vegan. The SIL was indignant and said that she was not going to share a room with anybody when another bedroom stayed free, $800 a month is an unbearable amount for her, and in general, the OP is acting in a really inappropriate way. 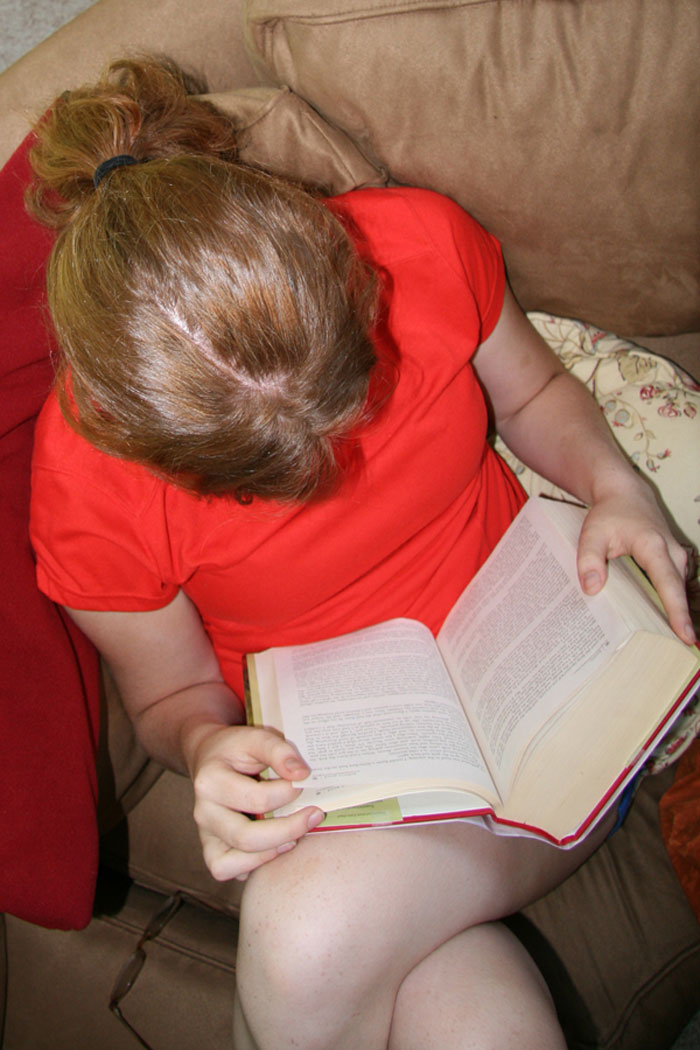 People online decided the OP was not to blame for anything, though she was being petty and childish

So the SIL decided to leave and most of the relatives accused the OP of being petty and childish. It turns out, most commenters on Reddit, on the contrary, believe that the OP did everything right, and her sister-in-law’s behavior was ugly. Someone admitted that at the beginning of the post, they were ready to blame the OP, but after reading the whole post, they were convinced she was not to blame for anything. 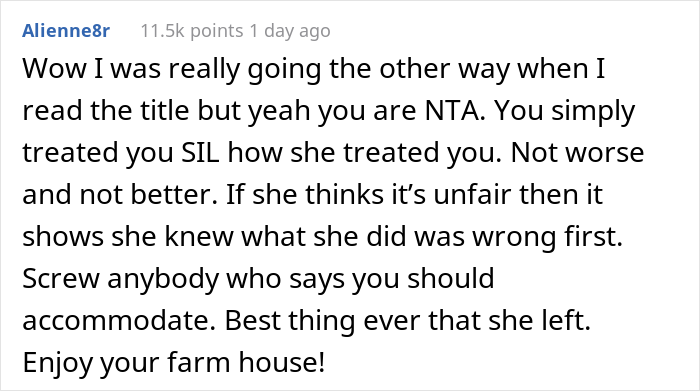 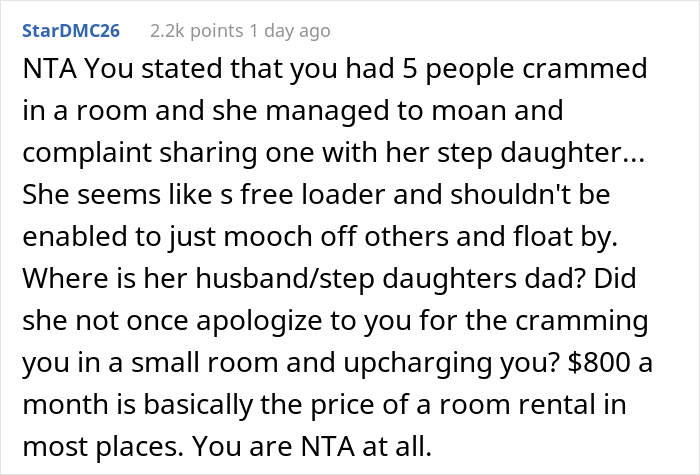 Some people agree that the OP is being petty and childish as hell, but her behavior is completely justified. Classic double standards from the SIL’s side, as people notice. And yes, the very best comment was as follows – I love the smell of karma in the morning!

As for us, we do love the smell of fresh comments, and if you have an exciting story on the same topic of karmic retribution, then we will read it with pleasure. As always, the more you respond, the better your karma will be!

The post Woman Gets Petty Revenge When SIL Loses Her House And She Can Offer Her The Same Rigid Terms She Got When Her Own House Burnt To The Ground first appeared on Bored Panda.