Friendship is one of the greatest achievements that humanity has learned over the millennia of its evolution. And indeed, this is a completely unique skill – to help another person who is not related to you by ties of kinship, completely disinterestedly, and moreover, to rejoice for them, for helping them. It’s one of those amazing feelings that makes us human.

However, as strong as this feeling can be, it can also be fragile. Confucius once said that “It is more shameful to distrust our friends than to be deceived by them”, and where distrust begins, a true friendship could actually end. Sometimes just a few words are enough to completely destroy what has been built for years and even whole decades.

Something similar happened to the heroine of this story, told by user u/South_Marine3167 on the AITA Reddit community. The post proved to be very popular, garnering nearly 27.3K upvotes and over 2.8K comments in just a few days. And here, apparently, ended the story of her friendship, which had lasted a decade and a half. So, let’s talk about everything in order. 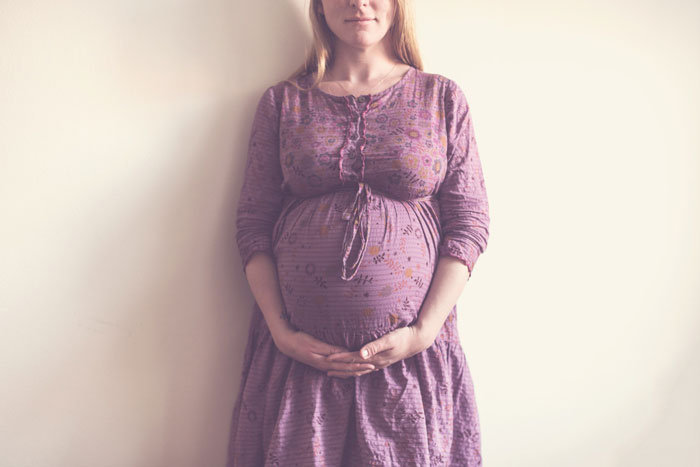 The author of the original post says that she is 35 years old and, alas, infertile. With her ex-husband, the woman tried everything to have kids, but all their efforts were just in vain. It all ended very sadly – as a result, the husband divorced the OP, went to another, younger woman, now they already have one child and she is pregnant for the second time. 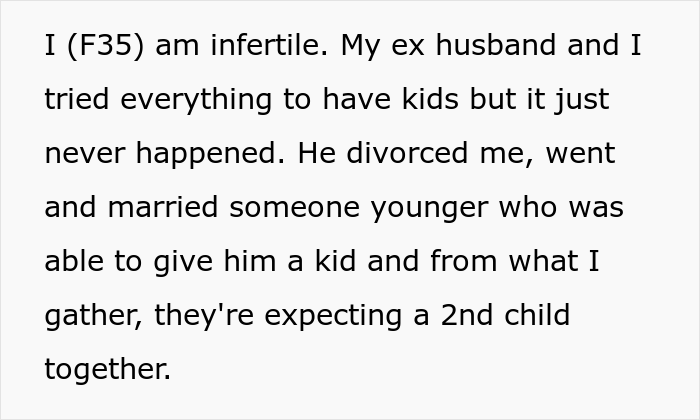 Accordingly, as the OP herself tells, for her, the topic of infertility and adultery has become extremely painful. The woman did not receive support from relatives, who, on the contrary, blamed her for the collapse of her family, so her friends became her main support in this difficult situation. For example, “Alessia”, with whom the OP, moreover, ended up in the same “infertility boat”. 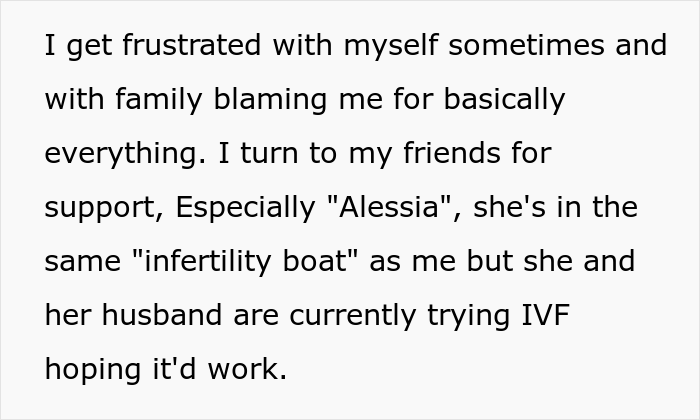 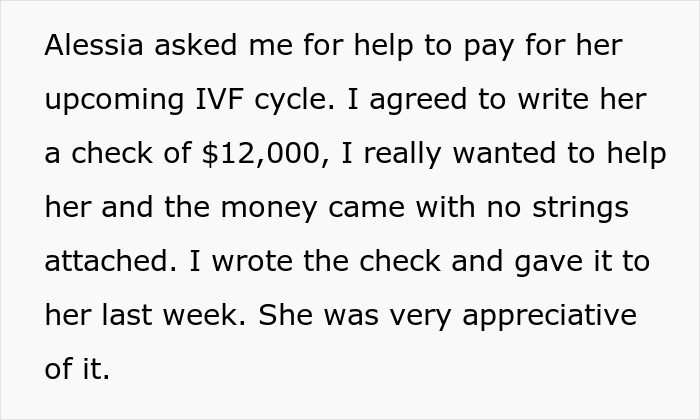 However, Alessia and her husband have not given up on trying to have children, and resorted to IVF. One fine day, she asked the OP to help them pay for a new cycle, and the woman agreed to write a check for $12,000. As the OP herself admits, she sincerely wanted to help her friend, and did not put any conditions on the return of this money. She just wrote a check and handed it to Alessia, for which she thanked her from the bottom of her heart. 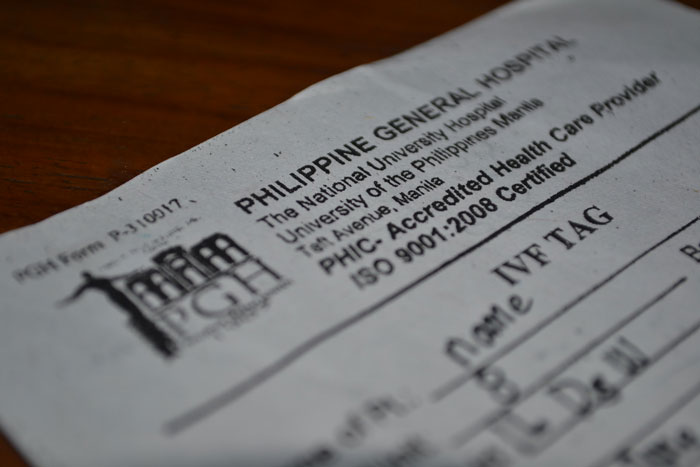 How disappointed the OP was when the next day, their mutual friend, “Carol”, sent her a screenshot of her conversation with Alessia, where, during the IVF discussion, she, in particular, wrote that “she didn’t wanna end up divorced, and having her husband go marry someone younger and have a baby with them and another one on the way! While she’s alone and without a family at 35!” 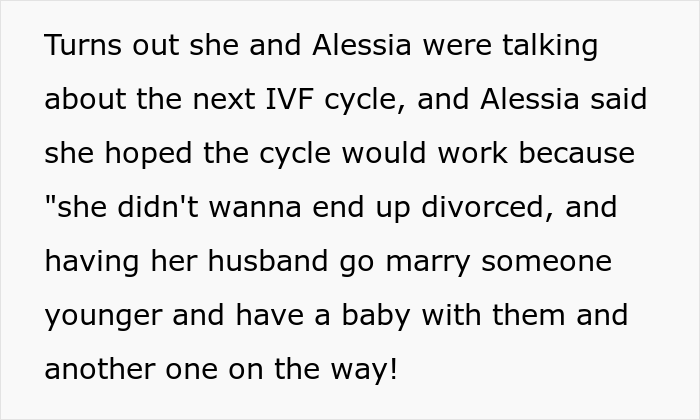 When the woman found out that her friend mocked her infertility and divorce in private texts the same day, she just cancelled that check

Given that Alessia is now 32 years old, the OP quite logically assumed that it was just about her. The woman was so indignant that she simply called the bank and canceled her check. After some time, Alessia called her and asked what happened. The OP could not stand it and told off her friend, being totally outraged by her behavior. Alessia did not deny it, but stated that it was just an “inside joke” between “desperate infertile women”. 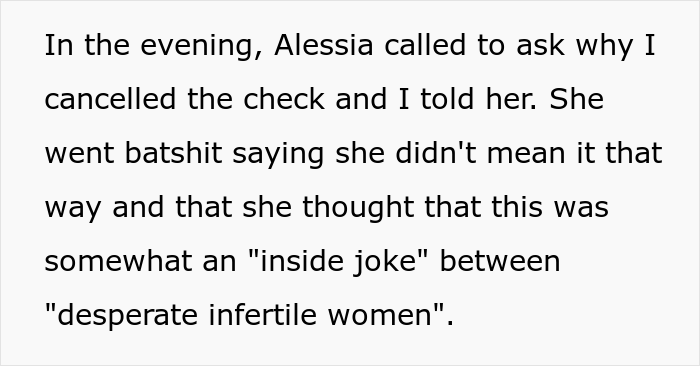 However, this did not make it any easier for our heroine. She flatly refused to renew the payment – even when Alessia and her husband came over to her, begging her not to cancel the check. Alessia’s husband called the OP’s behavior dishonorable – after all, she refused to support his wife, while she actively supported her during the divorce process and after it. As for Carol, the indignant man simply called her a “toxic snake.” 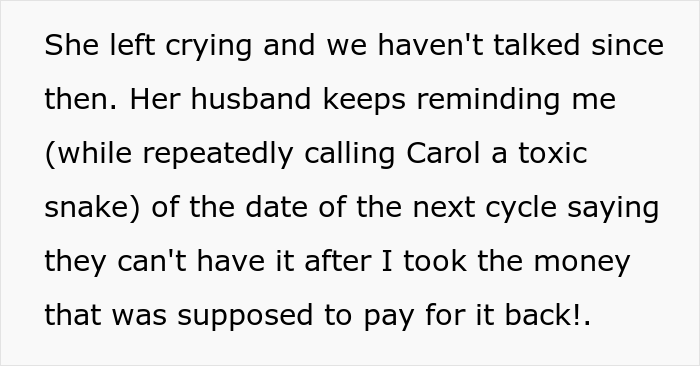 Still, the OP didn’t change her mind, and she and Alessia haven’t spoken to since. The woman discussed the incident with Carol more than once and came to the disappointing conclusion that this seemed to put an end to her and Alessia’s fifteen-year history of friendship.

However, people in the comments almost unanimously supported the OP in this situation. In their opinion, it was a cruel thing to do of Alessia, especially after the OP was so gracious towards her and her spouse. In addition, as commenters note, the worth of any person is not connected to their ability to bear children. 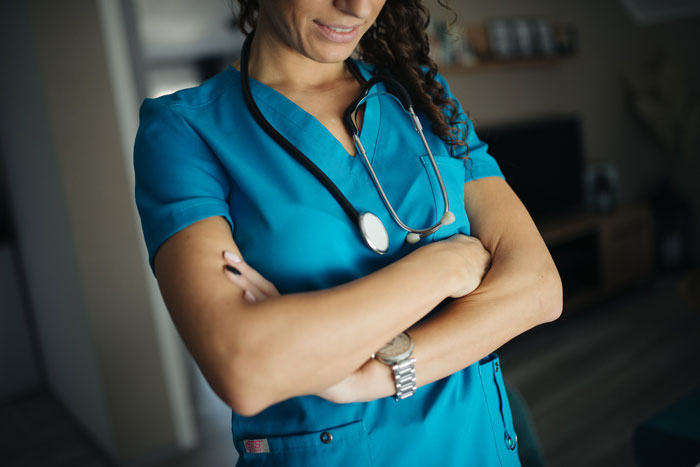 People in the comments side with the author of the post, admiring her generosity as well

Moreover, commenters have admired the OP’s generosity as well. As some of them honestly admit, for twelve thousand dollars with no strings attached, they would be ready to literally carry her in their arms, ask her to become a godparent of their future kid, and generally wake up grateful for her existence every given day. Which, in fact, once again underlines the ingratitude that the OP was repaid by her now-ex-friend. 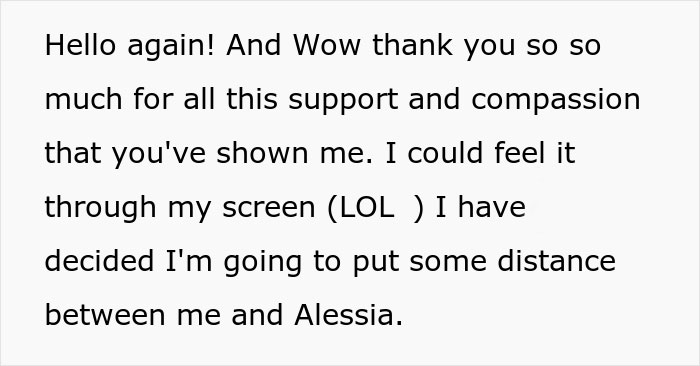 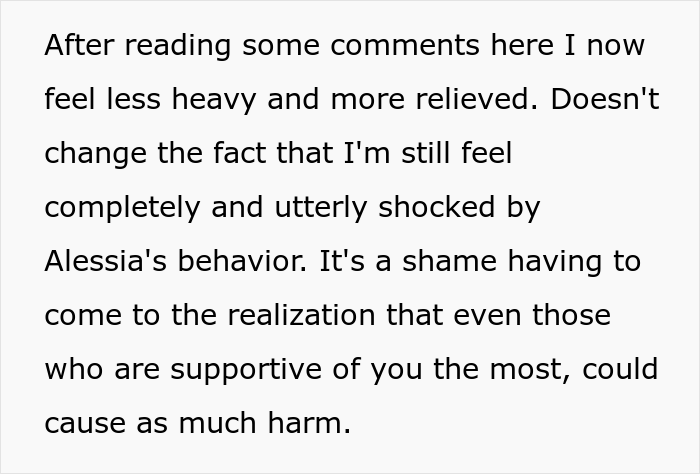 We believe that by this point you have already accurately formed your own opinion about the heroes of this tale, so we’re looking forward to your comments. After all, in the end, every story needs a public opinion, so please feel free to leave your comments below.

The post Woman Helps Her Infertile Friend With The Next IVF Cycle, Then Finds Out She Mocked Her Behind Her Back, Cancels The Check first appeared on Bored Panda.