Before I endeavored into the world of creative writing, I thought I’d be a surgeon. There was something so fascinating about the human body, and the possibility of helping people in need drew me in. But then I realized that I’m a little too empathic and scared of bodily fluids to ever feel comfortable enough to take someone’s life into my hands.

But there were countless women who were brave enough to endeavor into the unknown, bringing forth discoveries that have been instrumental in crafting the life we have before us. And yet, we barely know anything about them. Thankfully, there are those who’ve made it their mission to fix that. 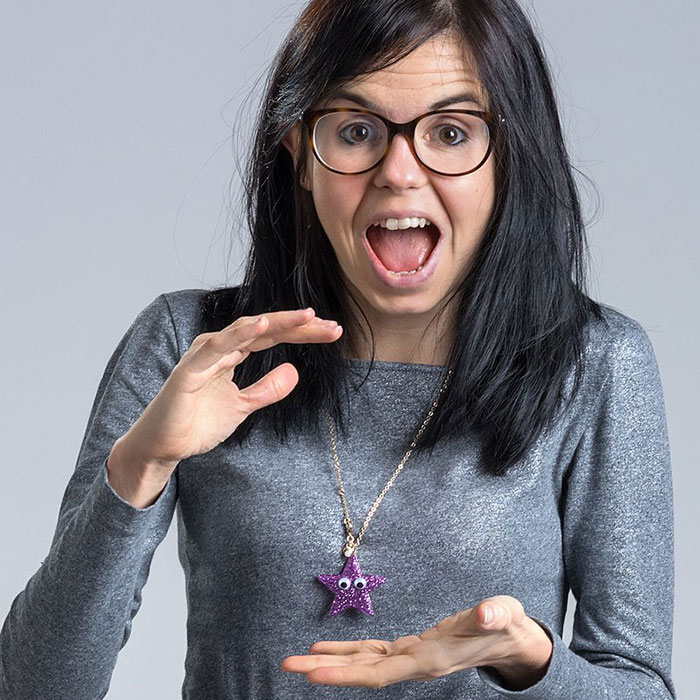 We all want to be acknowledged for our hard work and contributions to the greater good, whatever it may be in our respective fields. So when 33-year-old London-based physicist Jessica Wade, whose doctoral research at Imperial College in London has been instrumental for advances in digital display technologies, was invited to Buckingham Palace to receive the prestigious British Empire Medal, it was a day to remember.

“It was pretty wild to be honored by the royal family,” Dr. Wade recalled. She didn’t meet the queen, but she did take along her mother, Dr. Charlotte Feinmann, to Buckingham Palace. Her father, Dr. John Wade, couldn’t attend, but she did her best to make it up to him. “I took a Tupperware,” she confided, “to sneak some royal sandwiches home to my dad.”

She started writing Wikipedia biographies in 2018, focusing on an “awesome underrepresented group working in science and engineering” every day that year 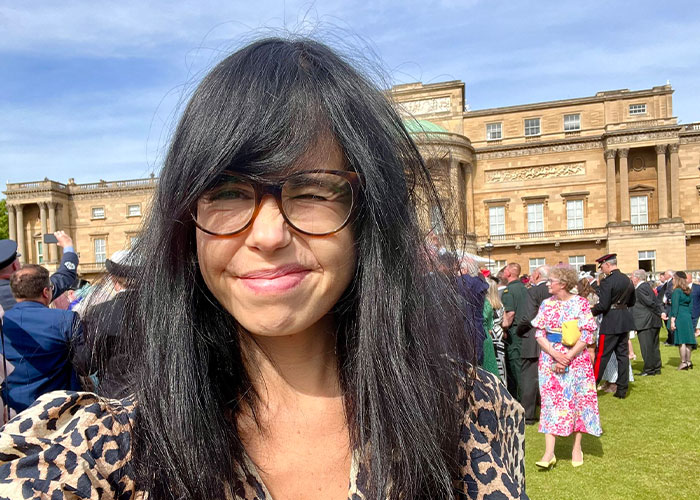 Yet she stood out in the crowd: a young woman honored for her contributions to science. But not necessarily in the way you may think. Although her own research has been widely cited, her other initiative is what put her on the map: the acknowledgement and celebration of forgotten women scientists, both of the past and present, which could push more women to study and work in STEM (science, technology, engineering and mathematics).

For centuries, women have made important contributions to the sciences, but in many cases, it took far too long for their discoveries to be recognized—if they were acknowledged at all. In fact, rarely can a person, child or adult, name more than two or three female scientists. What about the brilliant minds of today? How many innovators are we aware of?

Since Dr. Wade started working on the pages, she was awarded the Daphne Jackson Medal and Prize and named Wikimedian of the year in 2019 for her efforts 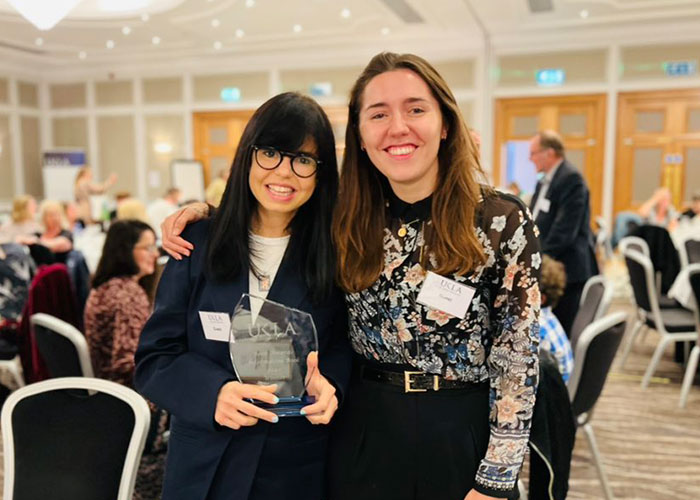 Dr. Wade gained notice when, still in her 20s, she began writing Wikipedia articles, shedding light on long-ignored women and minority scientists who never were credited for their insight, discoveries, and contributions towards the furthering of science.

Speaking to Diff, she explained how the idea was born: “When I woke up on January 1, 2018, I figured I’d set myself a challenge: one page about an awesome underrepresented group working in science and engineering every day that year.” Since then, she has written over 1,700 biographic pieces.

Her own research was instrumental in advancing digital display tech, yet she was awarded the British Empire Medal for services to gender diversity in science 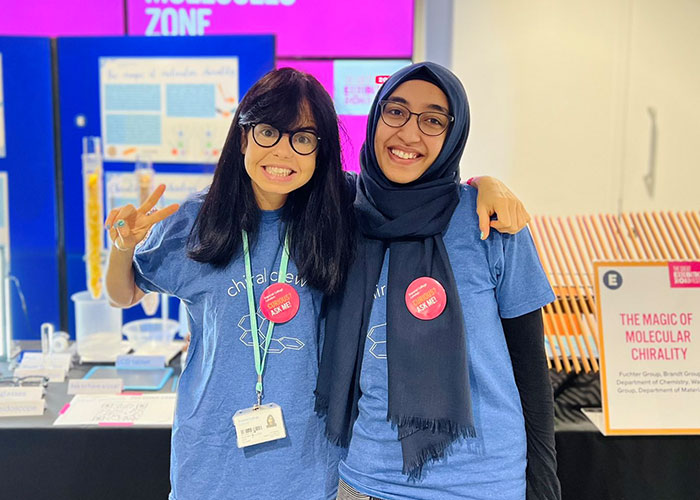 Although Dr. Wade’s work was getting recognition and winning her awards—such as the Daphne Jackson Medal and Prize, being named Wikimedian of the year in 2019, and getting cited by Wikipedia’s founder Jimmy Wales—there were those that disagreed with her practice. Several of her entries were deleted by other Wikimedians, the site’s most influential contributors and editors.

But that didn’t stop her; on the contrary, it showed her how important it was to continue her work. These women should be better known! One example was Clarice Phelps. Dr. Wade wrote a bio about the young African American nuclear chemist who worked on a team that discovered a new periodic table element at the Oak Ridge National Laboratory.

Dr. Wade has had some biography pages deleted due to insufficient or vague mentions of the women scientists’ achievements; ironic in its own right 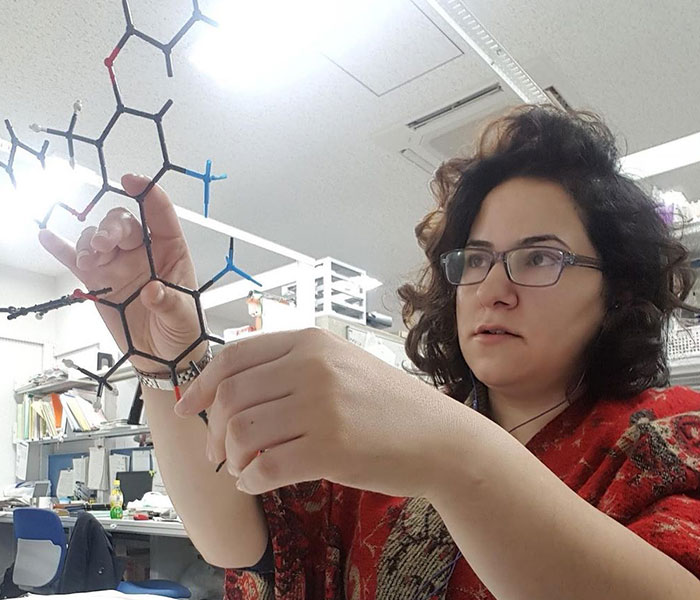 The entry faced a lot of backlash, with critics deleting it, while Dr. Wade fought for its viability. According to an article in the July 2019 Chemistry World, “her name didn’t appear in the articles announcing tennessine’s discovery. She wasn’t profiled by mainstream media. Most mentions of her work are on her employer’s website – a source that’s not classed as independent by Wikipedia standards and, therefore, not admissible when it comes to establishing notability.”

“I get really sad when my pages get nominated for deletion—not because of the time investment, but because the people I’m creating are genuinely brilliant and don’t deserve to have their notability questioned,” she said.

The Wikipedia community consensus was that her biography had to go. The deletion was contested multiple times by Dr. Wade. By January 2020, new sources had become available, leading to the restoration of the article, and now Phelps’ entry is back on Wikipedia for good. 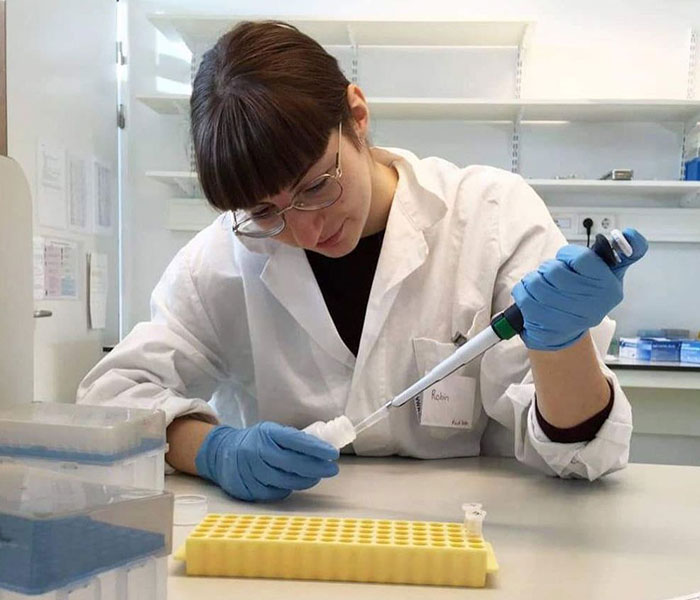 Dr. Wade revealed that her favorite biography was that of Gladys West, a Black woman born in the ’30s who did original mathematics that formed the cornerstone for modern-day GPS. “She didn’t even know she was doing it! I saw a tweet about her in Black History Month, made the page that evening, and then a few months later she got picked by the BBC as one of their 100 women,” she said.

Another of Dr. Wade’s goals is to encourage new generations to pursue STEM subjects, especially young women and minorities. She told TODAY that girls and students of color don’t need “whiz-bang” experiments at school assemblies, but rather they need to be coached and mentored on what to study, and when.

She believes that schools should make it easier for girls and students of color to apply for admissions, grants, fellowships and promotions in scientific fields 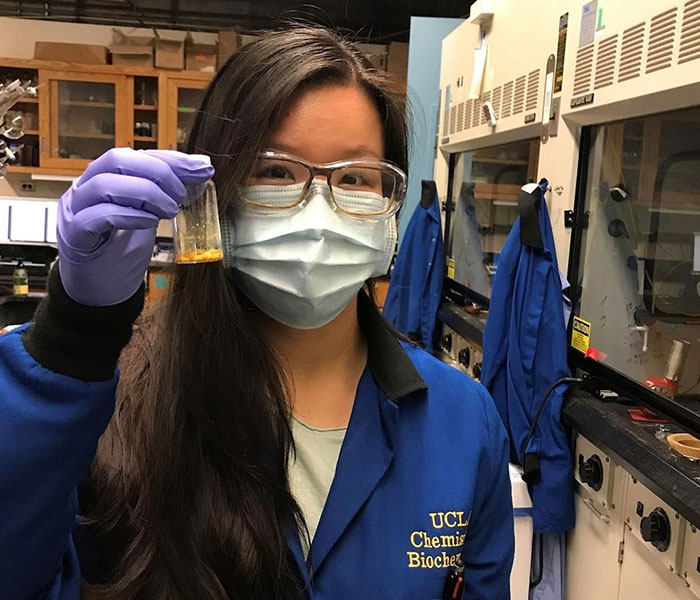 Dr. Wade believes that schools should make it easier for girls and students of color to apply for admissions, grants, fellowships and promotions. “What do you need to do? Who do you need to speak to? When do you need to make that application? Who should be your cheerleader or supporter?” These are some of the questions to be answered.

Gender equality in scientific fields seems to still be a fantasy rather than a reality in today’s world. Traditional stereotypes are that women “don’t like math” and “aren’t good at science,” but researchers have empirically disputed them. Studies show that girls and women avoid STEM education not because of cognitive inability, but because of early exposure and experience with STEM. 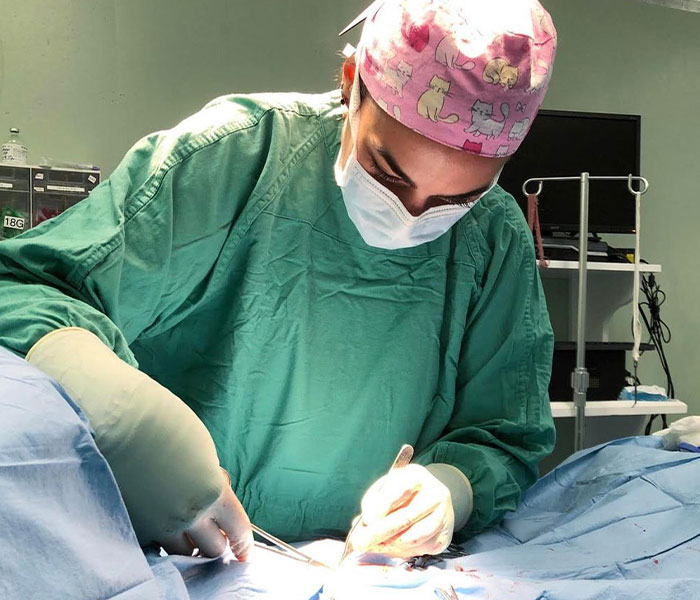 Some of the other issues include gender stereotypes, as STEM fields are often viewed as masculine, male-dominated cultures which may not be supportive of or attractive to women and minorities. Furthermore, a lack of role models may limit the interest in STEM fields.

Not only are STEM fields still suffering from gender bias and stereotypes, but also harassment, pay gaps, and limited opportunities for female or minority scientists 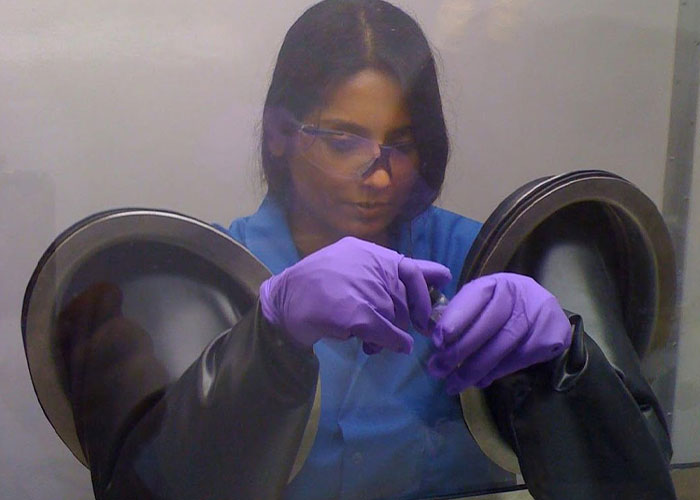 According to the American Association of University Women, women make up only 28% of the U.S. workforce in STEM, earning nearly $25k less per year than their male colleagues. The issue persists worldwide, with women and minoritized racial and gender groups being underrepresented in STEM fields.

Researchers have found that working in male-dominated workplaces can leave women feeling isolated, perceived as tokens. Women often are excluded from networking opportunities and social events, left to feel they’re outside the culture of the lab, the academic department, and the field. 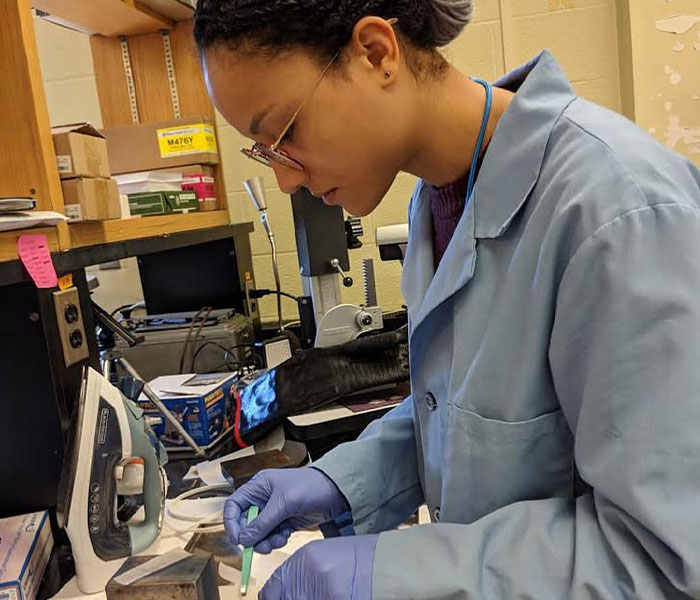 It is fair to conclude that many women decide to leave environments in which they are subject to harassment, believe that their careers are stalled, and/or that they are discriminated against in pay and promotions, especially when it’s quite obvious that they work in cultures and climates that are not set on including them as equals.

Gender biases as well as social norms and expectations, which influence the quality of female education as well as career options, are still some of the main factors limiting the number of female STEM experts. Dr. Wade suggests that schools need to better their policies on bullying and sexual harassment, that universities must provide affordable childcare on campus, and that conference organizers should provide daycare and grants for those with caring responsibilities.

“I genuinely believe that science is better when it’s done by diverse teams,” Dr. Wade said. Let’s hope that the future is brighter than the present day 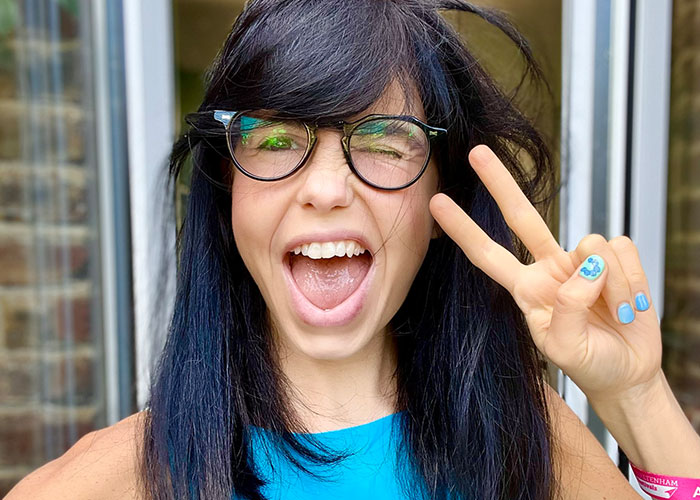 “I genuinely believe that science is better when it’s done by diverse teams,” Dr. Wade said. “It’s also important because we’re designing new technologies or new scientific solutions to global problems, we want the teams of people creating them to reflect the societies that they’re serving.”

“Even if you don’t care about any of that, the world desperately needs more scientists and engineers,” she added. “Science can help solve the world’s biggest challenges—climate change, antibiotic resistance, emerging pandemic-inducing viruses.” We can hope that the future is brighter than the present day seems.

Leave us your thoughts in the comments below, especially if you’re a scientific panda yourself, and I shall see you in the next one!

People have shown their gratitude towards Dr. Wade, admiring her work. Let us know your thoughts in the comments below! 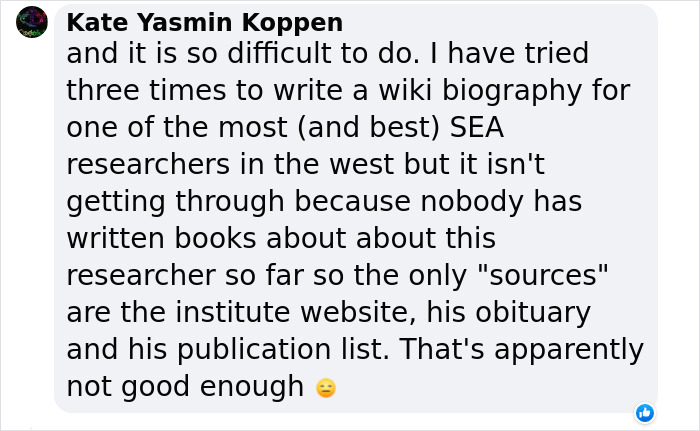 The post Woman Honors The Achievements Of Over 1,700 Unknown Female And Minority Scientists By Writing Their Bios On Wikipedia first appeared on Bored Panda.