Unfortunately, pregnancy loss is surprisingly common. While around 10 to 20 percent of known pregnancies end in miscarriage, some of them go entirely unnoticed, making the actual number likely much higher. At the same time, many people still lack even a remote understanding of what physical and emotional impact it has on a person.

So just imagine your employer adding to the pain by firing you a few days after. That is exactly what happened to Reddit user meltedvelvet, who recently shared her unsettling story with fellow members of the Anti Work community. After having a miscarriage at work, she took a few days off to recover. However, this didn’t go well with her supervisors.

The woman tried to explain the situation, but the management hardly listened. “I don’t actually feel like this is reality at all,” she wrote. Well, if there’s one thing we know about unreasonable managers, they tend to make employees’ lives extremely challenging. Read on to find out how it all unfolded and share your thoughts with us in the comments.

Recently, this woman shared an honest story about how she suffered a miscarriage at work 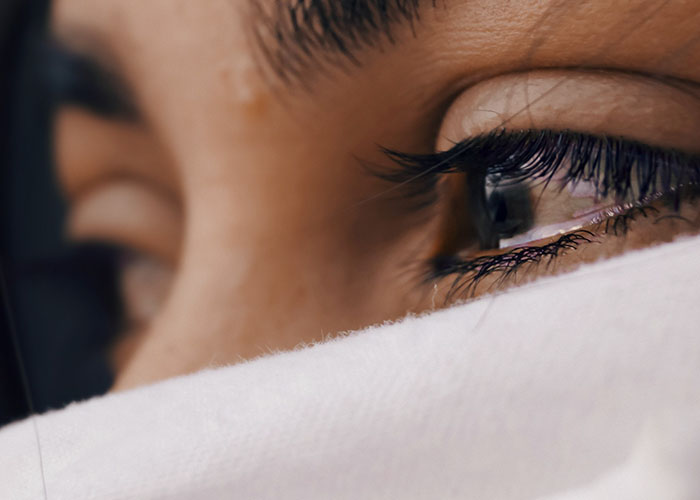 Instead of giving support, the management showed a serious lack of compassion and fired her just days after 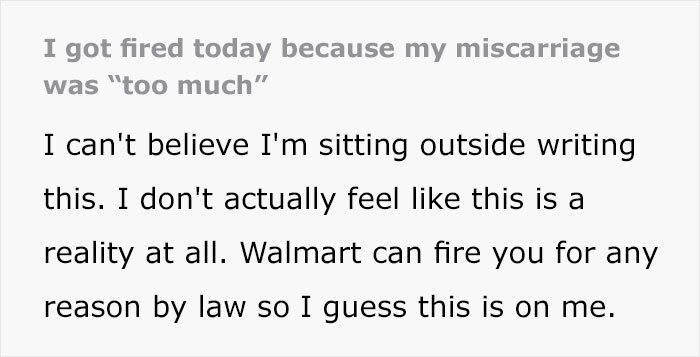 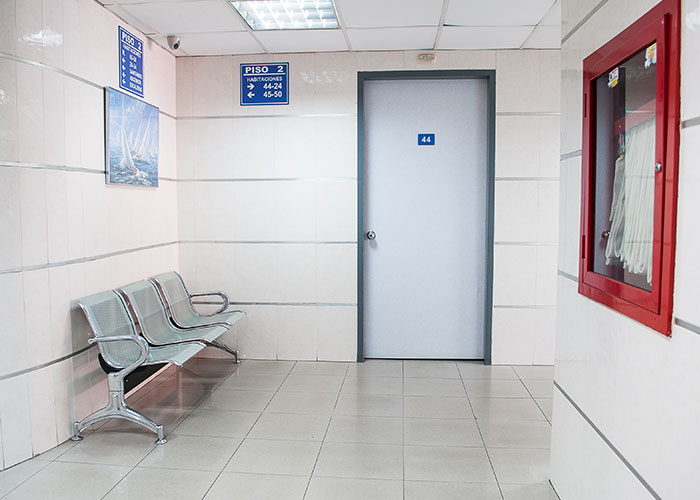 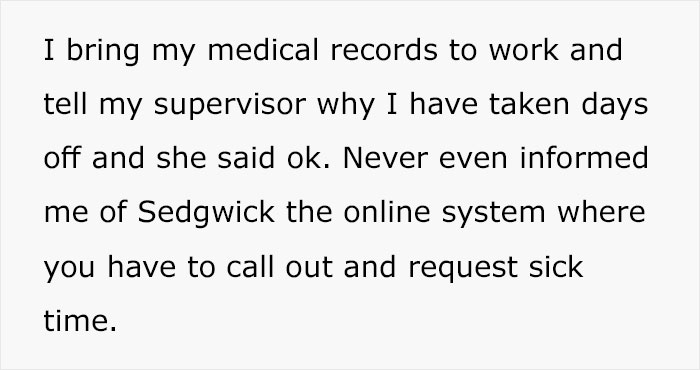 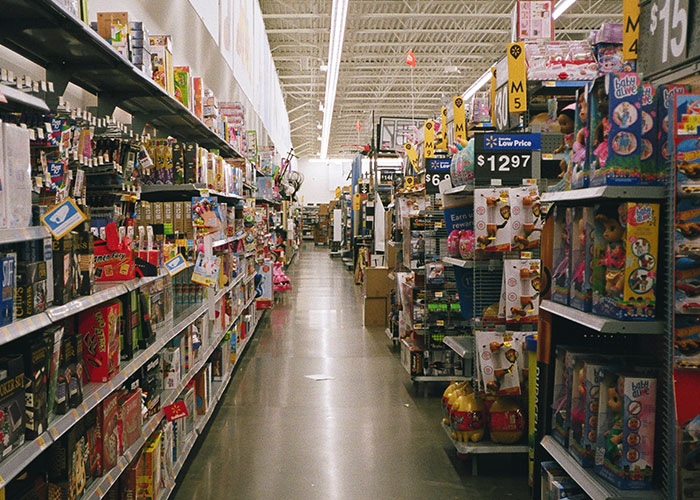 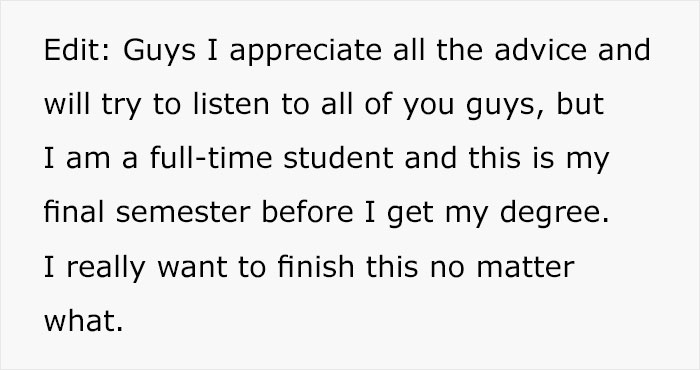 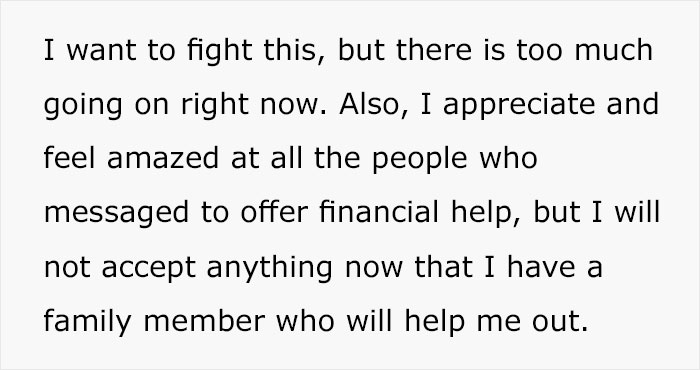 The Redditor’s post received a lot of attention on the Anti Work subreddit. It got over 35K upvotes and 2K comments where other members of the community offered support and gave the student plenty of advice on how to seek justice in this situation.

Sadly, experiencing the loss of a baby is still not understood well enough in our society. That’s why so many grieving parents feel like they have to live through their pain in silence. Needless to say, this can lead to alarming consequences and may contribute to additional health problems.

The creator of this post mentioned in the comments that she has a difficult time dealing with all the emotions. “I am not doing good at all mentally, I know my hormones are out of whack,” meltedvelvet wrote and added that staying grounded with school and having family reach out makes it better.

Later on, meltedvelvet’s coworker revealed the author was the second person laid off for the same reason. “She said another girl was fired after she had a miscarriage about a year ago, except hers was very public as she was in excruciating pain,” the user mentioned in the comments.

When management is hardly affected or concerned by their employee’s suffering, it’s a big glaring red flag. According to NPR, however, there are no national laws that mandate sick leave for workers, let alone specific protections for people having a miscarriage.

Later on, the user provided more information about the incident in the comments 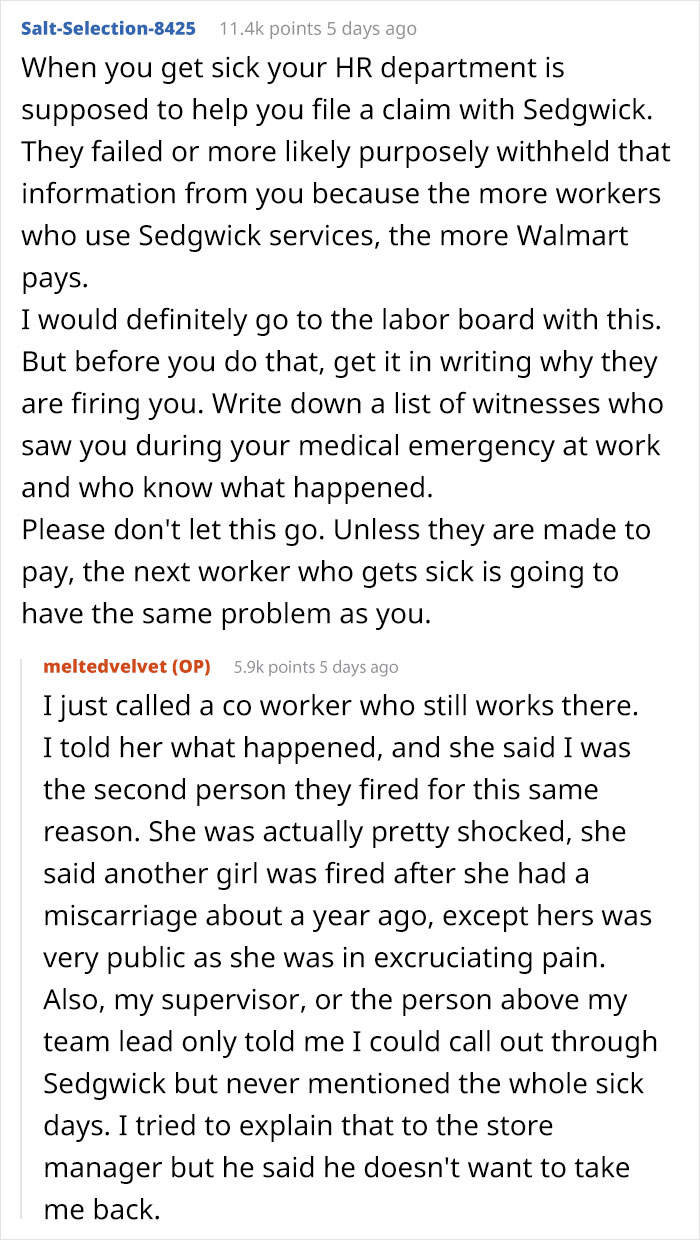 Dr. Wael Salem, a reproductive endocrinologist and fertility specialist, told NPR that pregnancy loss is not a one-and-done thing at all. “It drags on physically, mentally and emotionally.”

The physical needs and experiences of someone who deals with miscarriage can differ considerably. Early symptoms might resemble a heavy menstrual period with cramping and some pain. When miscarriage occurs later in the pregnancy, there’s a bigger chance of significant bleeding, “to the point where it leads to anemia in some cases,” Salem said. Moreover, he added that some people have such heavy contractions, they need pain management.

When it comes to the emotional aspect of pregnancy loss, it can be a very traumatic experience, Maria Brann, a professor of communications studies at Indiana University who studied miscarriage for a decade, noted. You see, a person can feel truly attached to their baby, even in such a short period of time. They might start dreaming and planning their whole future and end up blaming themselves for their loss.

In the aftermath of such trauma, “it’s very difficult to focus,” Brann explained. “An individual is probably not going to be as productive.”

“It is really important that we encourage women to take care of themselves,” Brann added. Otherwise, they won’t process their loss, and it can “cause even greater mental anguish later on.” 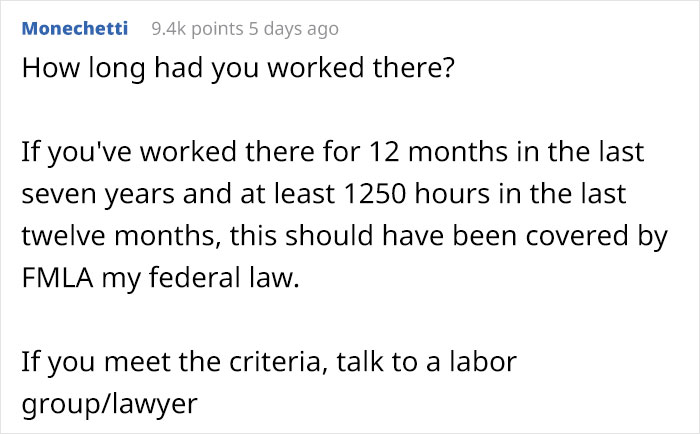 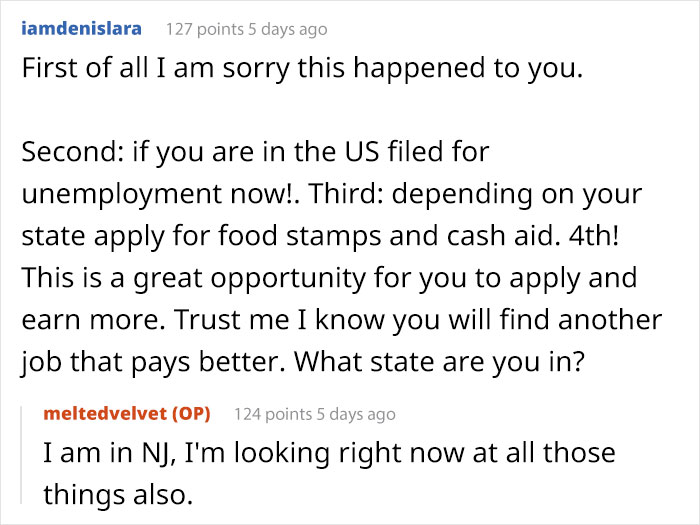 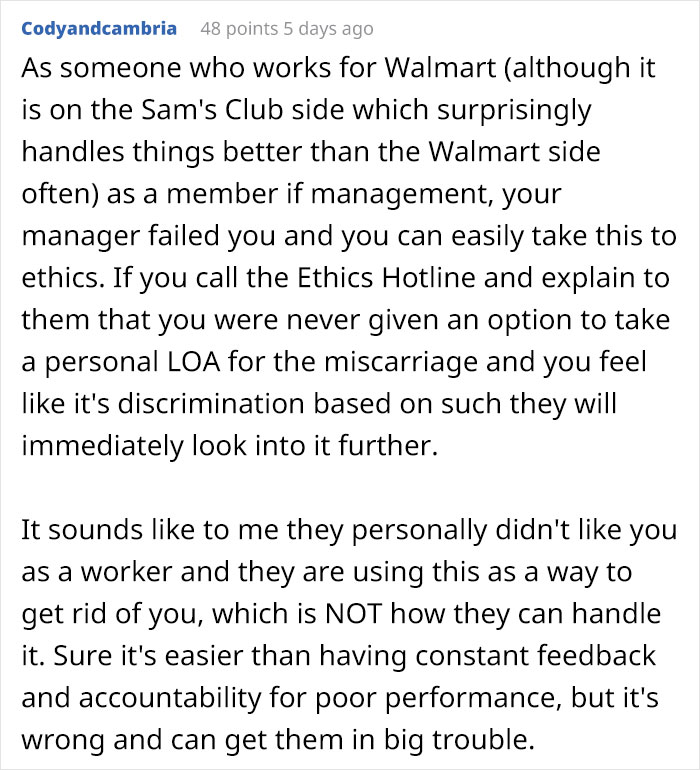 The post Woman Lost And Confused After She Got Fired For Having A Miscarriage first appeared on Bored Panda.