People’s personalities are multidimensional and usually a person is more than their studies, their work or their main hobby. We are curious creatures and like to try new things, meet new people, and talk about various topics. But for those who don’t really know a person, they might just be the IT guy who likes video games or the coworker who really likes cats.

This woman got labeled ‘mama’ and she really couldn’t get rid of that nickname, which she considered to be dehumanizing. She once again brought it up during Christmas dinner and was accused of making a scene as she was pretty emotional after years of not being listened to.

Woman wants to get rid of the nickname ‘mama’ as she is more than that, but is left misunderstood by her in-laws and blamed for bringing the festive mood down 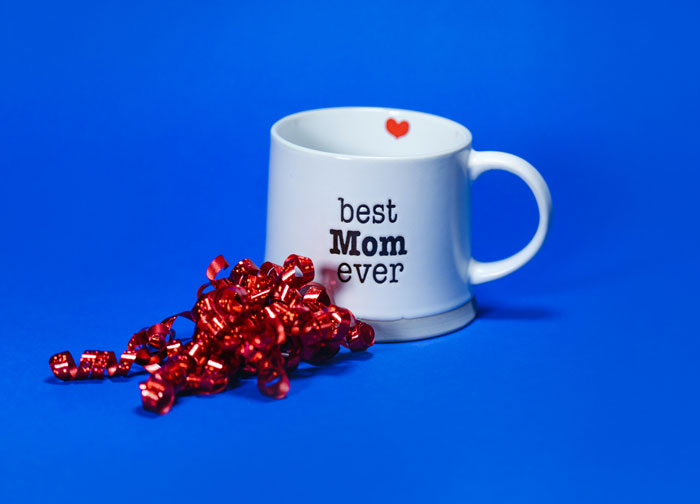 The Original Poster (OP) has two daughters, ages 2 and 4. Since becoming a mom a few years ago, the woman has been thought of as a mommy and nothing else. All of her gifts are related to her being a parent and her family even stopped calling by her name and gave her the nickname ‘mama.’

It didn’t sit well with her from the start because her husband didn’t become ‘papa’ and was still getting presents that related to his hobbies. Also, the woman addressed this a few times, but her in-laws kept referring to her as ‘mama.’

The author of the story has two daughters and since they were born, she has been seen as nothing more than a mom 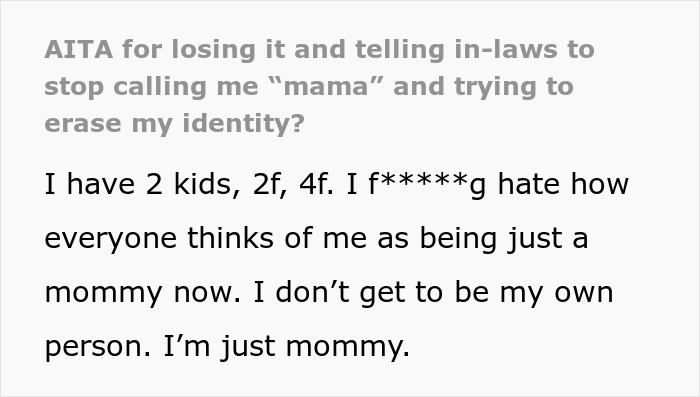 So the woman brought it up again during the Christmas visit when she politely asked her relatives to call her by her name, but the response she got was that she was so good at it. Again, she explained that she is more than a mom and compared her situation to her husband, who can be his own person, while her whole personality is erased.

Finally her words had an effect and the OP’s mother-in-law apologized for making her feel diminished as a person because she herself was so excited to be a grandmother. However, the woman’s sister-in-laws thought that she was having a meltdown and needed to talk with someone. 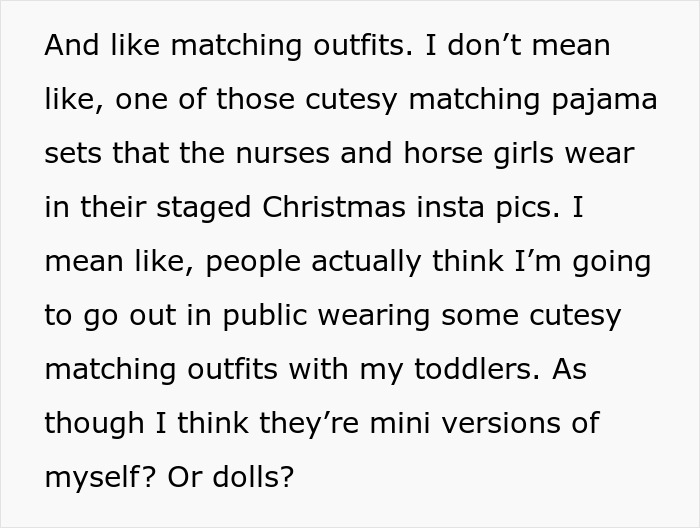 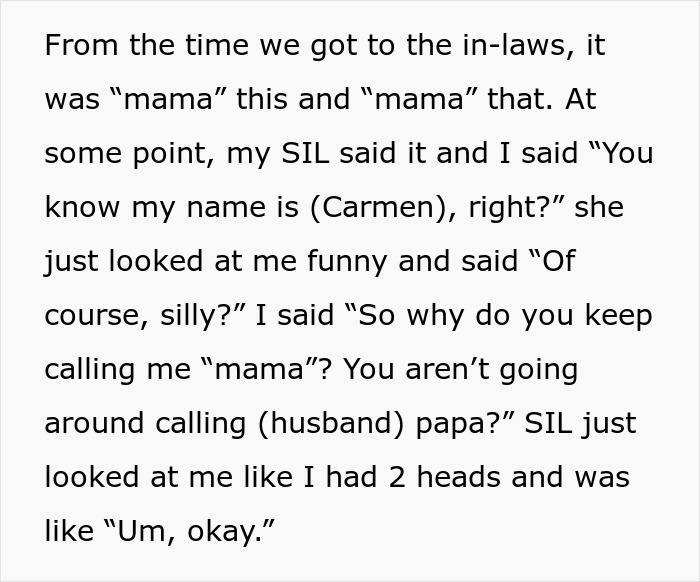 The husband’s reaction was pretty underwhelming as well. He also considered the scene at dinner to be an outburst of bottled up emotions, although it wasn’t the first time the OP had spoken up about it. She explained to her husband that she considered the nickname to be disgusting as she is her children’s mom, but she is not just a mom.

Although the husband seemed to understand why the OP was bothered by it so much, he still thought that his wife should apologize to his family, which she agreed to do for bringing down the festive mood, but not until his sisters apologized for dehumanizing her for the past several years.

And they give her only mom-related gifts, which seems unfair when her husband still gets something to do with his hobbies

Other redditors agreed that being a mom isn’t a personality trait and they understood how degraded the OP felt when she was diminished to this one part of her.

They weren’t bothered that the woman made a scene during Christmas because people believed that her in-laws are the kind of family members who need to be confronted with a firm foot as otherwise they don’t hear what you have to say. 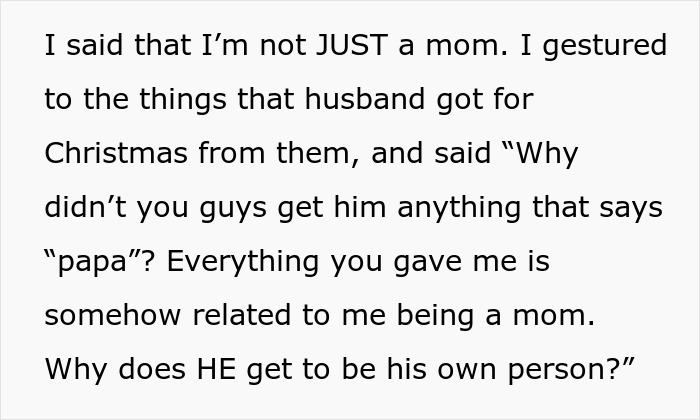 Losing your identity when you become a mom is a real thing. It happens because women dedicate all of their time to their children and it really requires a lot of it. So much so that there is none left for themselves, for their friends and relationships.

Rachel Normal BA, MS, certified baby and toddler sleep consultant, parent coach and a parent herself, talks on her blog about how at one point, she suddenly realized that there was a time when she liked listening to music and knew all the new bands, she liked to dance with friends and strangers and had a social life. 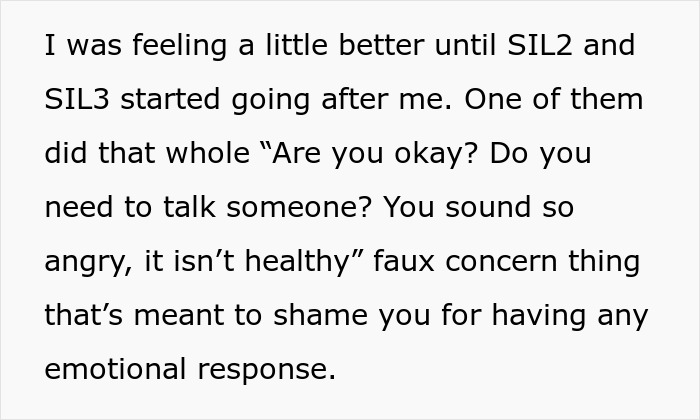 But she lost her identity because she got sucked into the routine of a mom, which revolves around her kids. That means moms don’t have time to care about their looks, they can’t be involved in all of the things that brought them joy, and they have to slow down with their careers, which may have been a big part of their personalities.

Baby Chick adds that women also don’t feel like themselves because their bodies changed and they might feel like it’s someone else’s. Their relationships have changed because there is not enough time to maintain them. They had to put aside their hobbies, so the question is, what’s left?

The woman’s husband was also not very happy about his wife ruining Christmas and while he didn’t argue about it, he wished his wife would apologize to his family 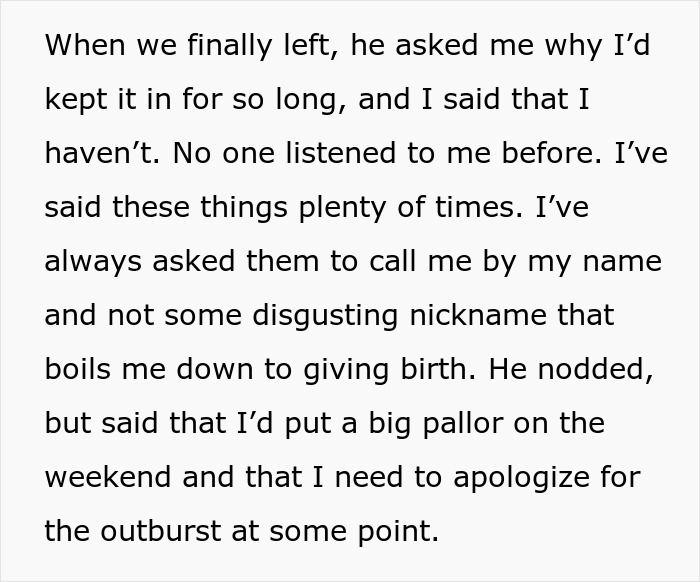 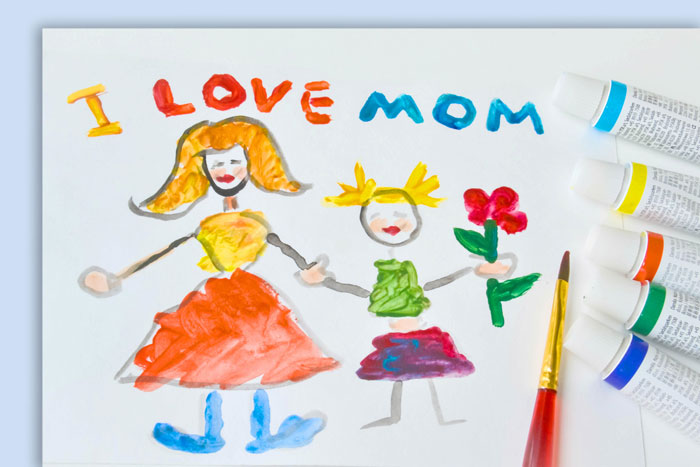 Some women may feel that being a mom is their identity, but Very Well Family says “While being a mother will always be part of who you are, it doesn’t have to define you completely. You are so much more than the role you play in your kids’ lives. It just takes some time to figure out who that person is.”

The author of the Reddit story is definitely not satisfied being viewed as just a mom and she is trying to avoid constricting herself to this one thing in her life, but that is making her in-laws upset. Do you think she was a bit dramatic? Or do you agree that this is the kind of a family that won’t react to gentle pushes? Let us know your thoughts in the comments. 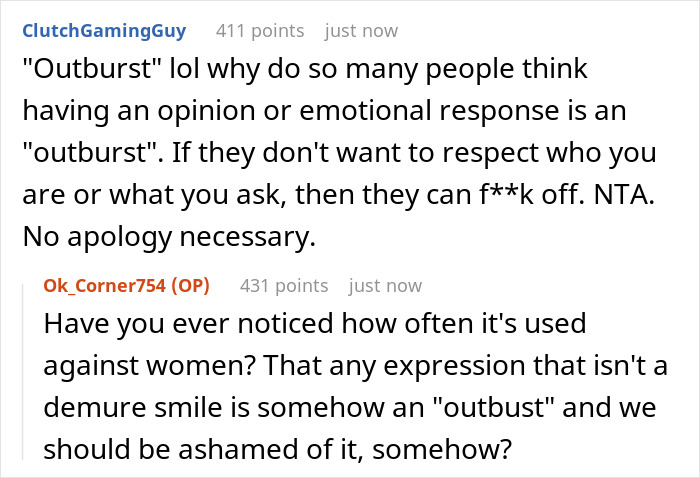 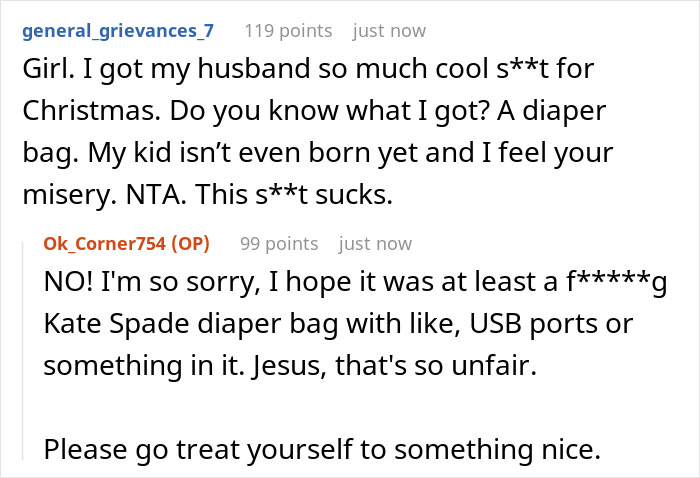 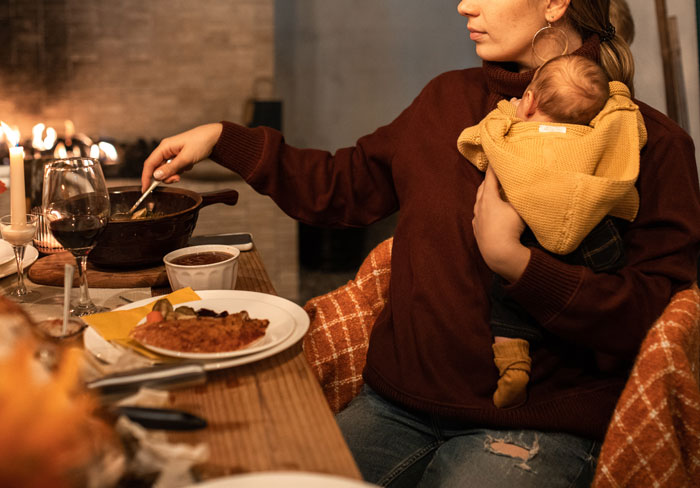 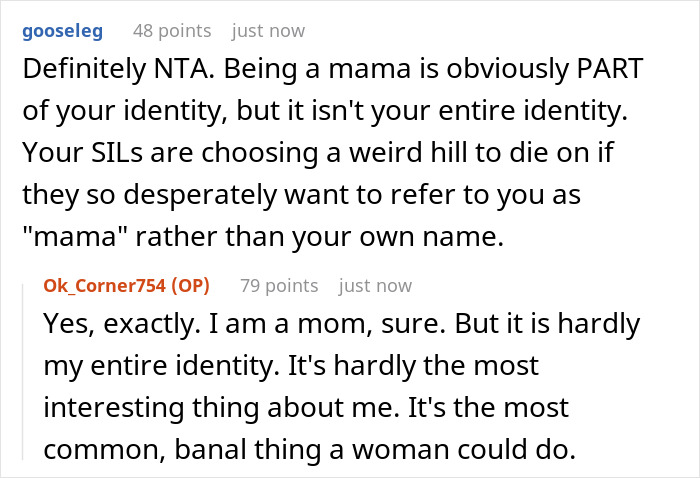 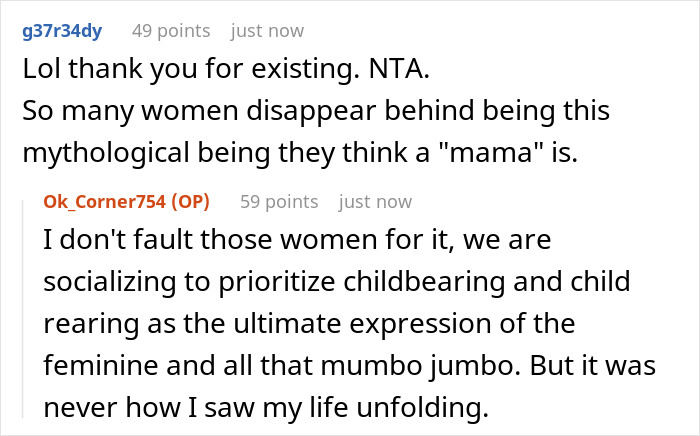 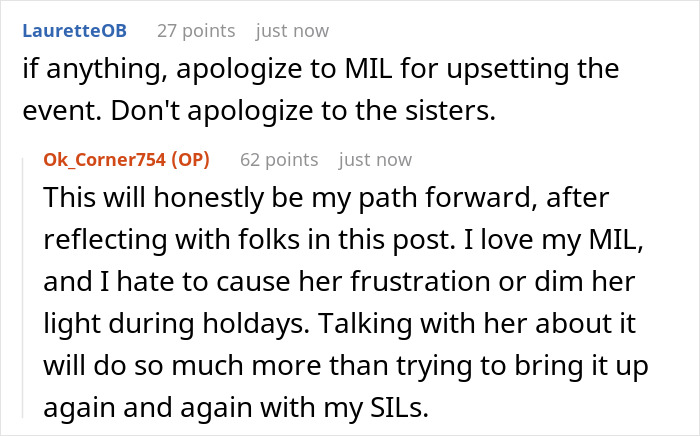 The post Woman Lost Her Patience And Told Her In-Laws To Stop Calling Her ‘Mama’, Wonders If She Shouldn’t Have Done It During Christmas first appeared on Bored Panda.