You know the saying “if you don’t have anything nice to say, don’t say anything at all”? Sometimes relatives need to be reminded of that sentiment. What is it about being family that can make people feel entitled to share every opinion they have, even on others’ bodies? One 19-year-old woman, Hortenhearsawho1 on Reddit, recently shared her frustration from a chaotic family dinner at her parent’s house and reached out to see if she was in the wrong. She detailed the experience between her and her brother-in-law on the subreddit “Am I the A***ole?”, which is popular for users sharing personal stories and asking readers if they handled the situation appropriately. 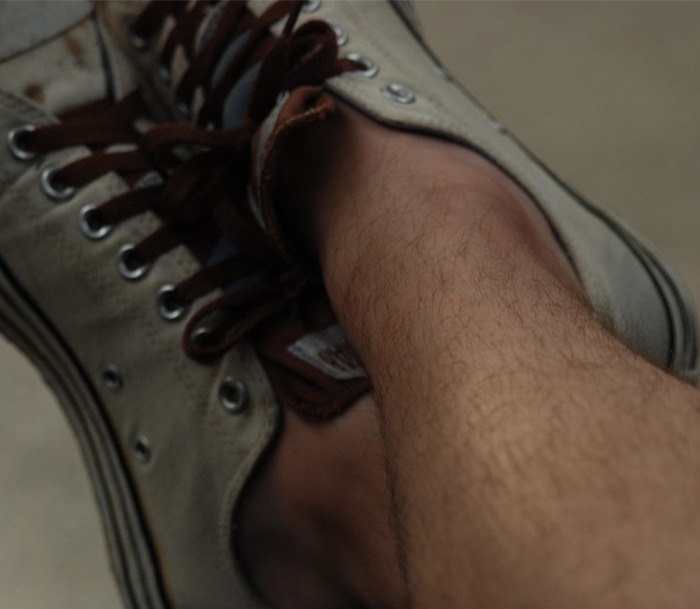 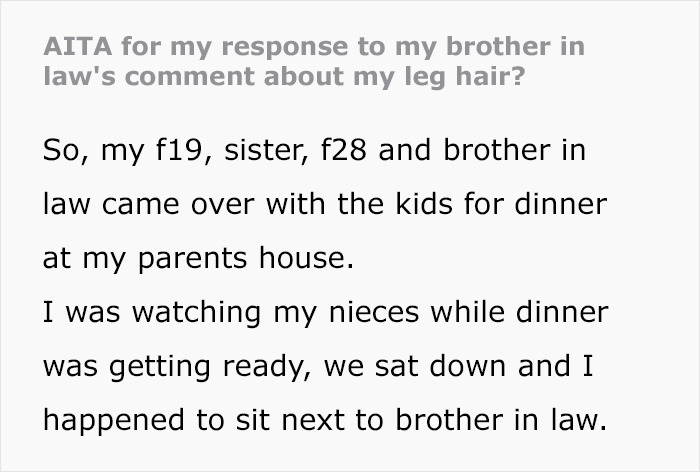 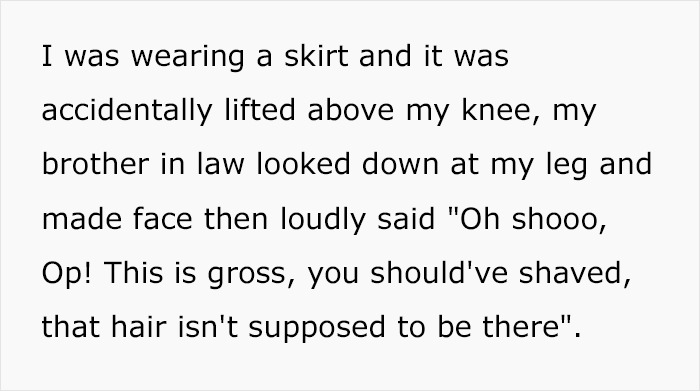 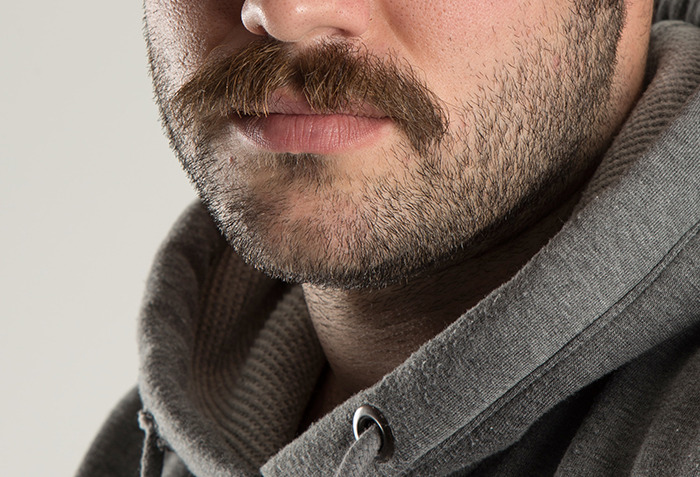 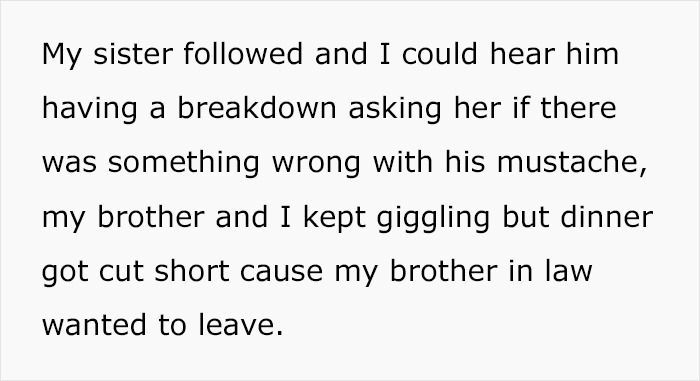 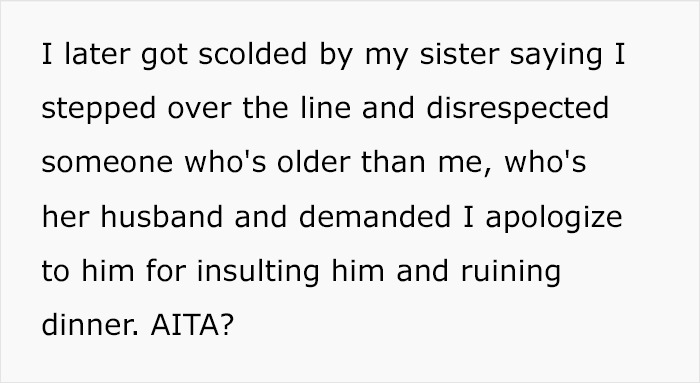 Unfortunately, these kinds of misogynistic comments about appearance are common for young women to hear. I don’t think being questioned about his mustache really qualifies as trauma for the man, but for children, being subjected to unwelcomed comments on their appearances can certainly impact their mental health.  Being told what to wear, how to groom themselves and that they must be “pretty” are just a few of the expectations introduced to women at a young age, often negatively affecting their self confidence. The National Organization for Women, a non-profit in the US, reported that by age thirteen, 53% of American girls are “unhappy with their bodies”. That number skyrockets to 78% by the time they reach seventeen years old. Even in elementary school, 40-60% of girls in the US are already concerned about their weight or scared of becoming “fat”. Children are very impressionable and much more observant than often given credit for, leading to insecurities being noticed, taught and passed along. But the cycle can always be broken. 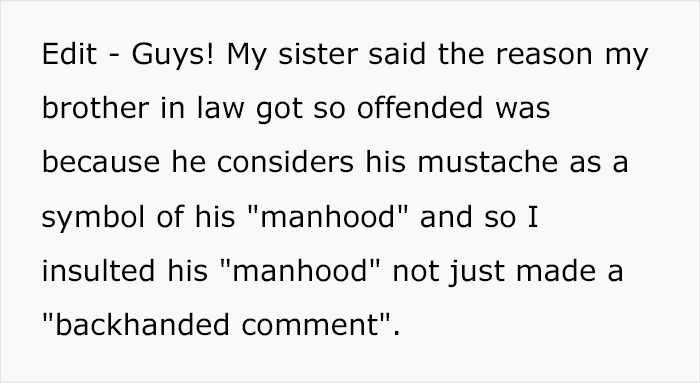 In fact, it was not until the early 1900’s that eliminating body hair became the expectation for women in Western cultures, according to Rebecca Herzig in her book “Plucked: A History of Hair Removal”. Beauty standards do shift over time, but the stigma around female body hair has remained consistent, or even strengthened, since its onset. Heather Widdows, author of “Perfect Me: Beauty as an Ethical Ideal, shared in an interview with CNN that, “Being hairless has come to be seen as the only ‘natural’ and clean way to present the body. Except it really isn’t.” Herzig told CNN that despite misconceptions about body hair being unsanitary, the contrary is more likely to be true. “Most hair removal practices tend to introduce new opportunities for abrasion and infection.” These women, along with countless others experiencing pressure to alter their bodies, simply want to make it clear that decisions about our appearances, including whether or not to shave, are personal choices.

Especially for someone raising daughters, like the brother-in-law in this story, it is important to destigmatize natural occurrences in women’s bodies, such as leg hair. Girls should feel empowered for their minds and capabilities, rather than scrutinized over physical details that hold no moral weight. Although the interaction was executed with a bit of sass, I hope Hortonhearsawho1’s nieces were paying attention to the way she defended her body. After all, a little leg hair surely never hurt anyone.

Readers have overwhelmingly sided with the woman, many responding that she is “NTA” (Not The A***ole) in the story 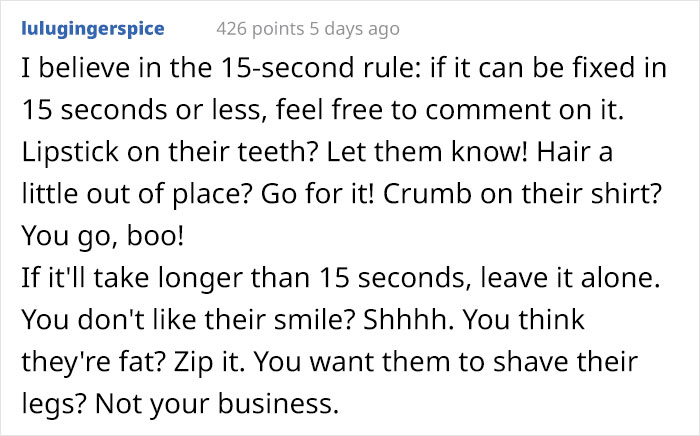 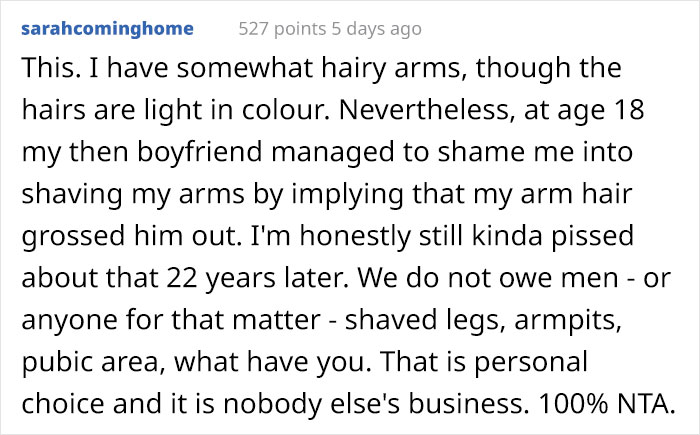 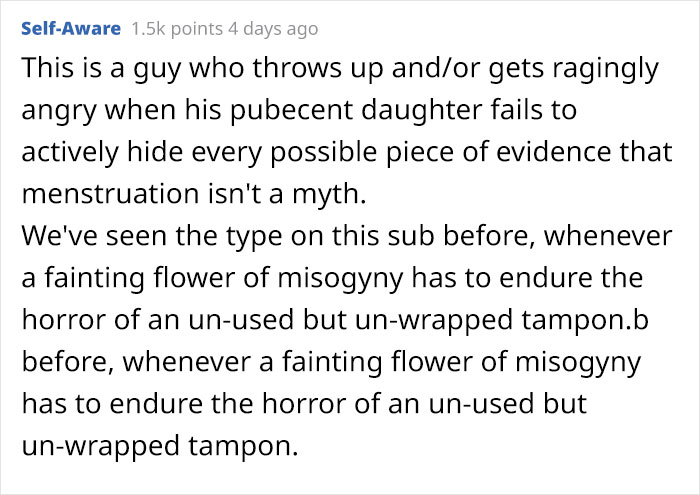 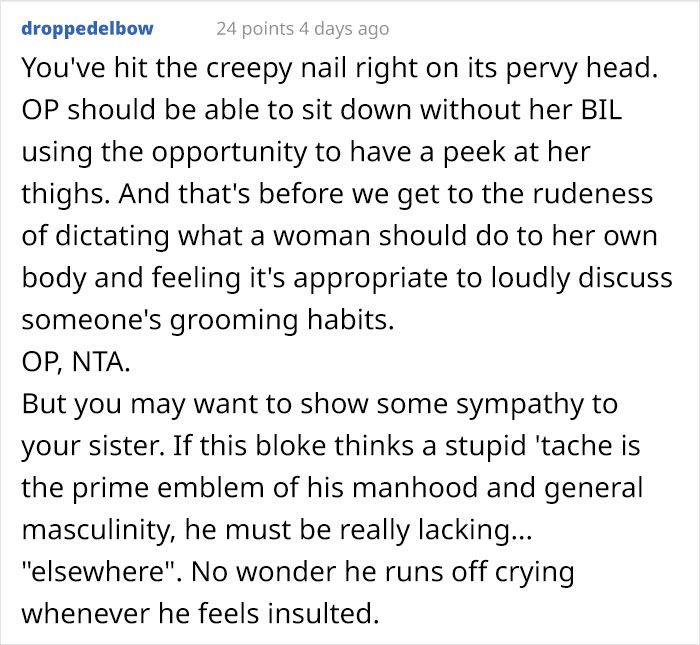 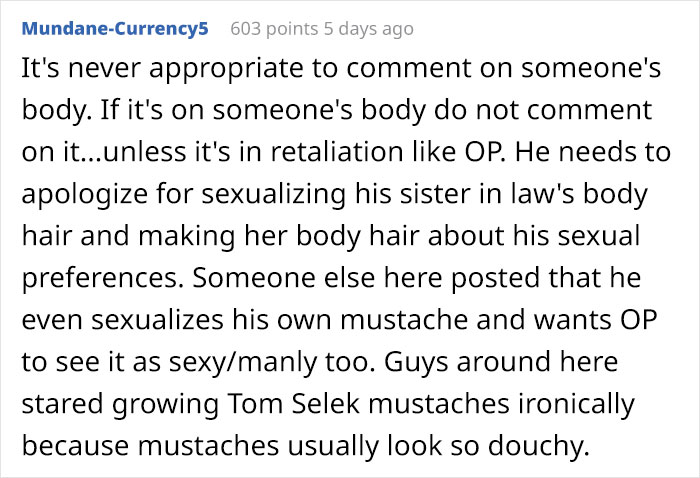 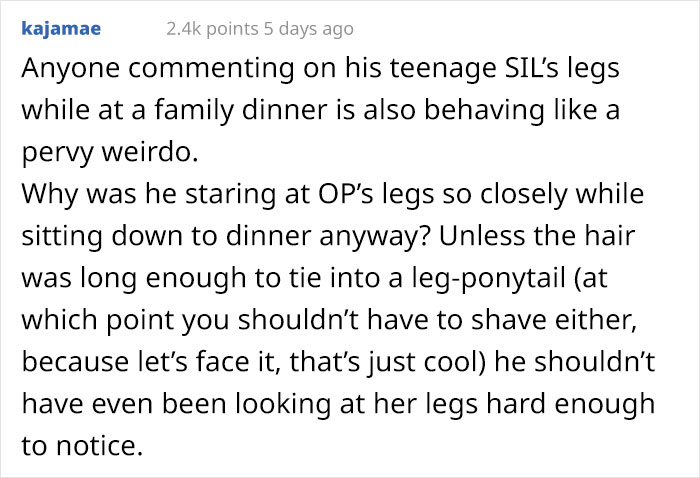 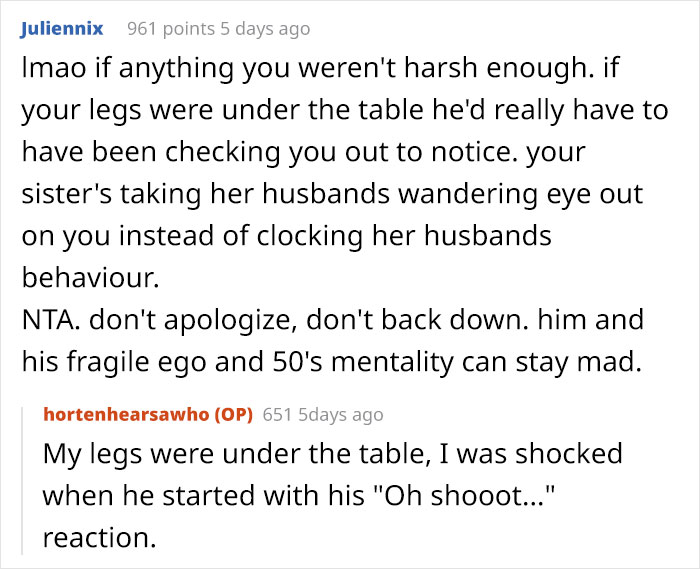 The post Woman Makes A Comment About Brother-In-Law’s Mustache After He Did The Same About Her Leg Hair, He Has A Breakdown first appeared on Bored Panda.