Having a nice seat during a long journey where you can feel comfortable often feels like winning the lottery. So it’s no surprise that some people decide to treat themselves and book one in advance. Which is exactly what Reddit user Optimal_Promotion did when she had a 7-hour trip in the United Kingdom.

However, when she got on the train, it turns out that the operator had sold her a priority seat that is usually reserved for people with special needs. So when an elderly lady started demanding the traveler give it up, she found herself facing a tough decision.

Unsure about the way she handled the situation, Optimal_Promotion reached out to the online community ‘Am I the [Jerk]?‘, asking them to evaluate her actions. Here’s what she wrote.

This woman booked a first-class train seat, but the operator gave her a priority one, which is usually reserved for people with special needs 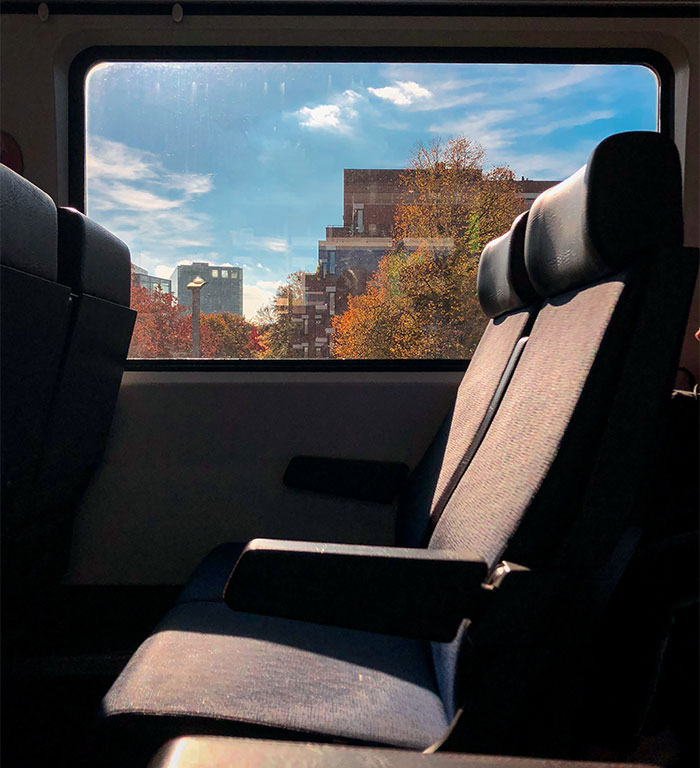 So when an elderly woman who had nowhere to sit approached her, she found herself facing a tough decision 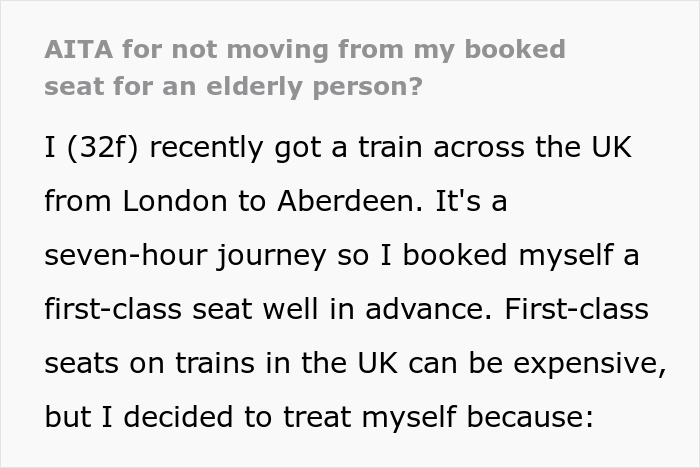 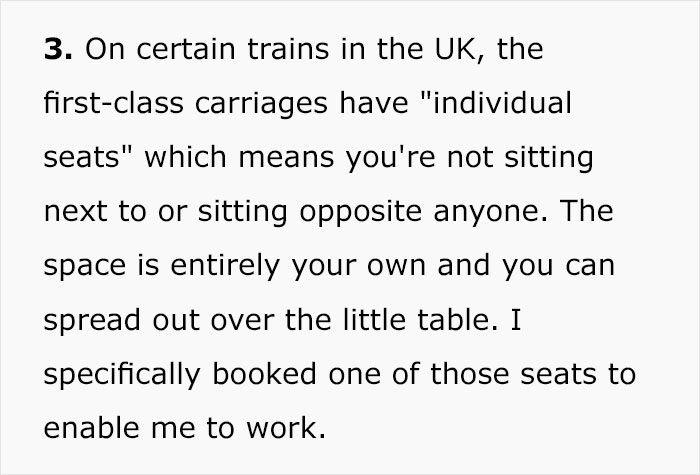 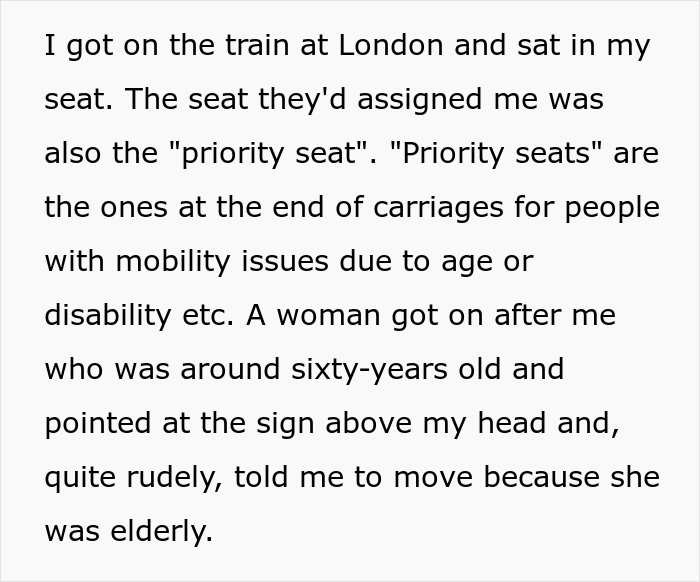 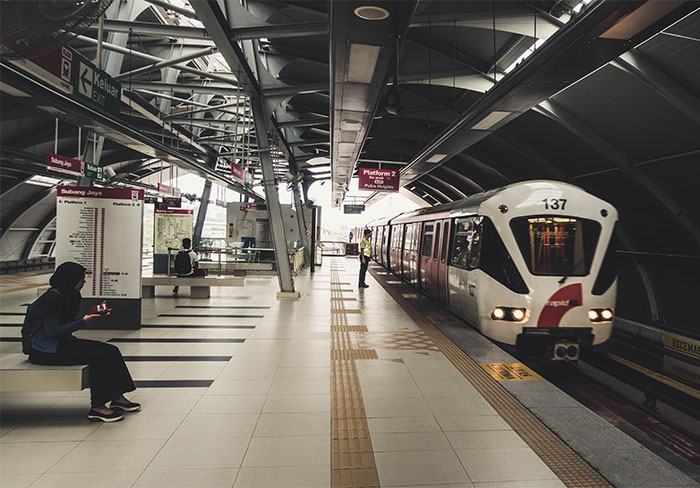 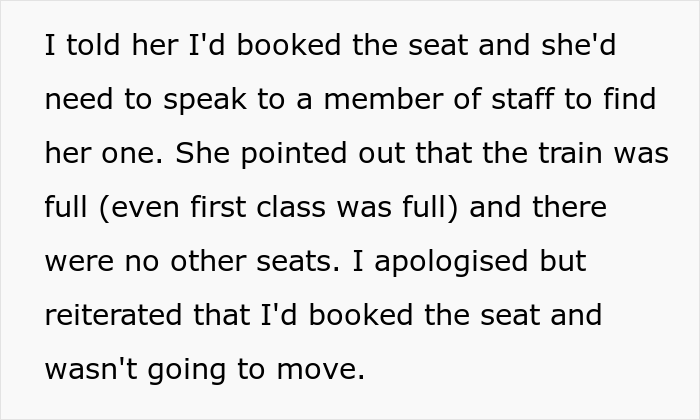 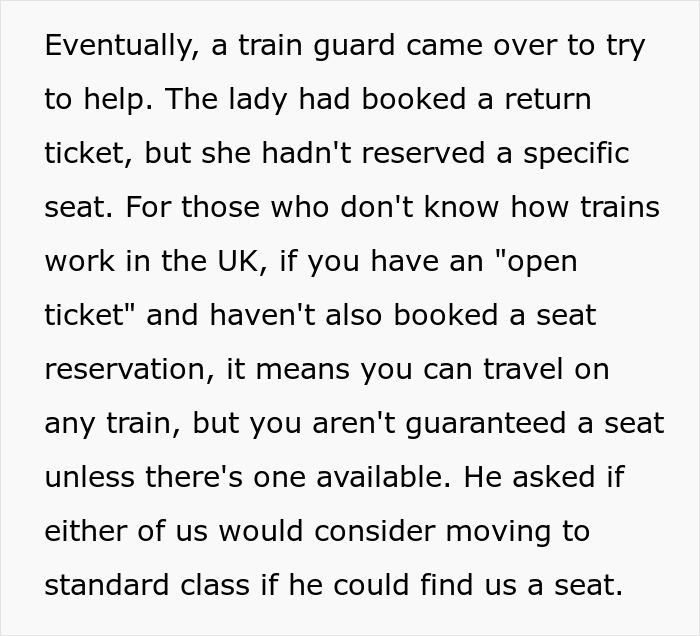 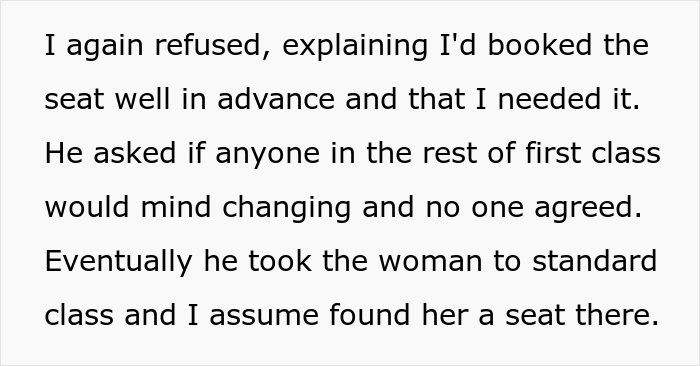 Seat reservations for UK trains can usually be booked as soon as tickets are released for sale.

Unless specified otherwise in fare conditions, passengers’ tickets are valid without a seat reservation. They can sit in any unreserved seat in the appropriate class of carriage that they’ve booked.

Most UK train operators leave seats available for customers without reservations (there is usually at least one carriage with unreserved seating). However, if there aren’t any seats available, people are required to stand.

But such conflicts in the UK are probably becoming rarer. Its first-class commuter carriages could be on the way out after officials gave an operator the green light to axe them and free up seats.

With demand still below pre-pandemic levels, the country’s Department for Transport (DfT) ordered train companies to find cost savings, and last week, Southeastern (the operator that runs more than 1,500 services from Sussex and Kent into London every day), said it would scrap first-class tickets entirely.

The DfT welcomed the move, with its spokesman saying: “Commuters have often been vocal when forced to stand overlooking empty first-class seats in packed trains. Southeastern has taken action to ease crowding and increase comfort.”

Greater Anglia, West Midlands, East Midlands, and the Stansted Express have all quietly phased out first-class seats in recent years on “non-intercity” routes too.

Northern, the train operator that stretches from Liverpool in the west to Newcastle in the north-east also no longer has first-class fares.

Great Western Railway, which removed first-class seats from the majority of its local train services back in 2016, said it made the move after “businesses changed their travel expense policies in response to economic conditions”.

Only a handful of operators, such as Thameslink and Transpennine, continue to offer first-class tickets on commuter routes.

Here’s what people have been saying about the incident 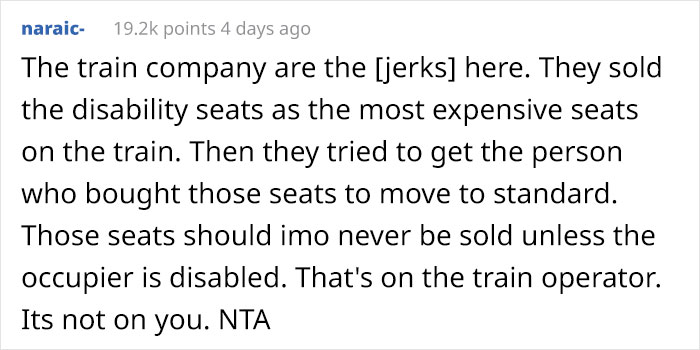 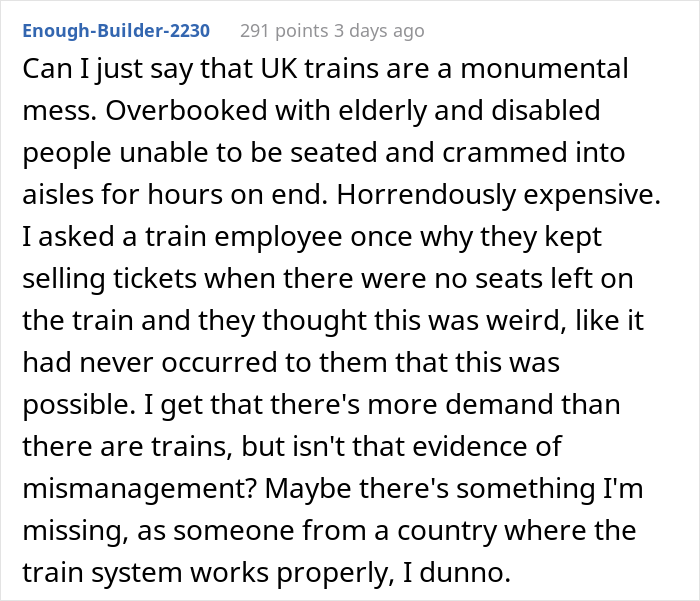 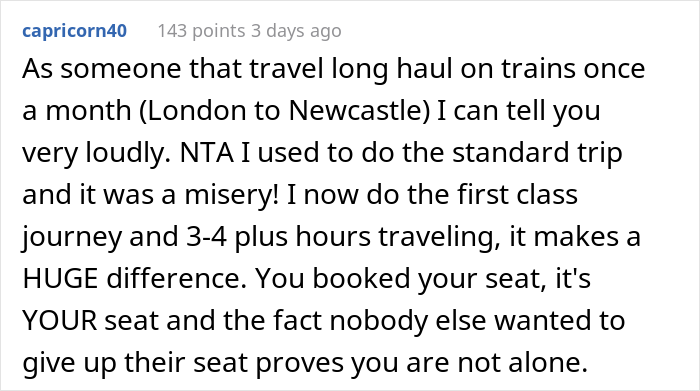 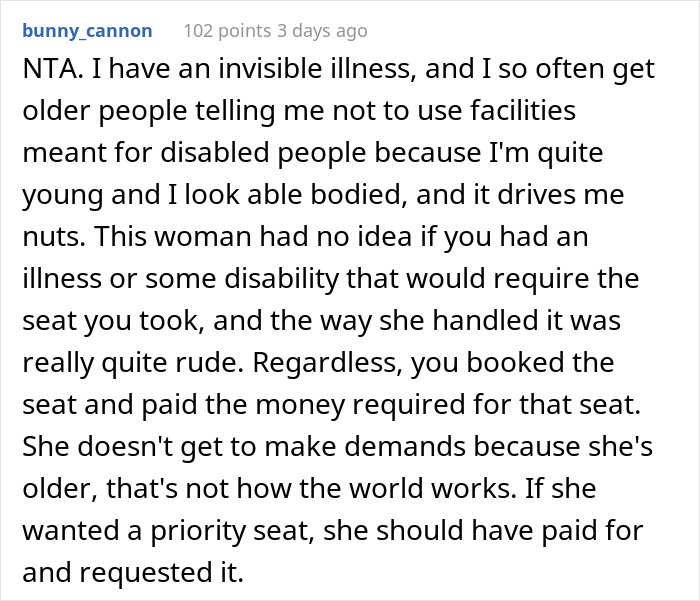 The post Woman Pays A Lot Of Money For A Comfortable Seat On The Train, Elderly Woman Wants Her To Move first appeared on Bored Panda.