Searching for a job can be stressful, and it’s natural to focus on making a good impression on potential employers. However, it’s also important for candidates to spot the red flags that might indicate a company or position is rotten. Ignoring them can lead to joining a toxic work environment. Thankfully, some of the warning signs are quite evident.

A few days ago, Redditor TytoAlba15 made a post on the ‘Antiwork‘ subreddit, sharing screenshots of an unhinged recruiter attacking them via text messages. This conversation serves as the perfect reminder that a bunch of businesses are still stuck in the Middle Ages, and the best way to get rid of them is to stop joining them.

Recently, a woman shared her ‘unhinged’ text messages with a job interviewer 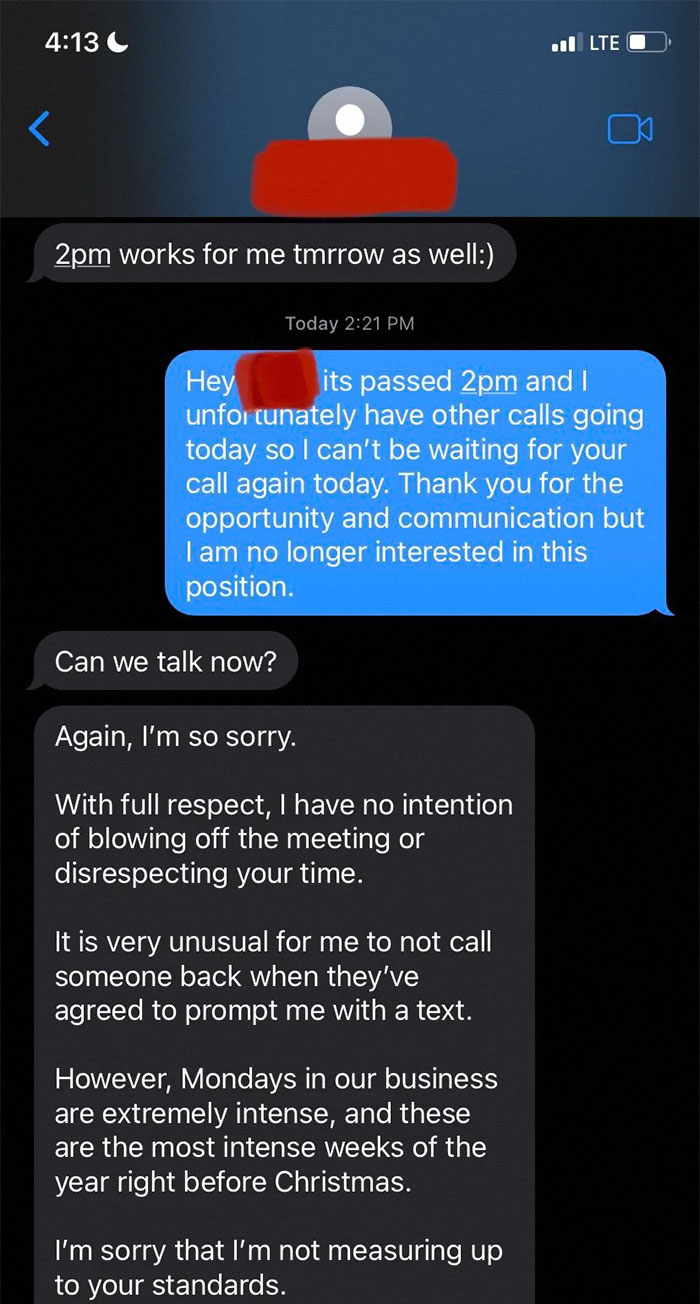 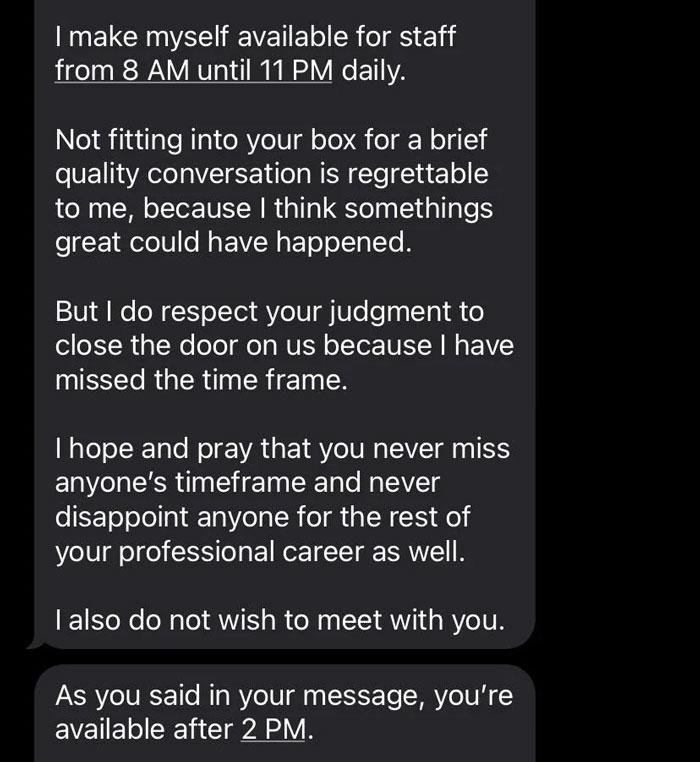 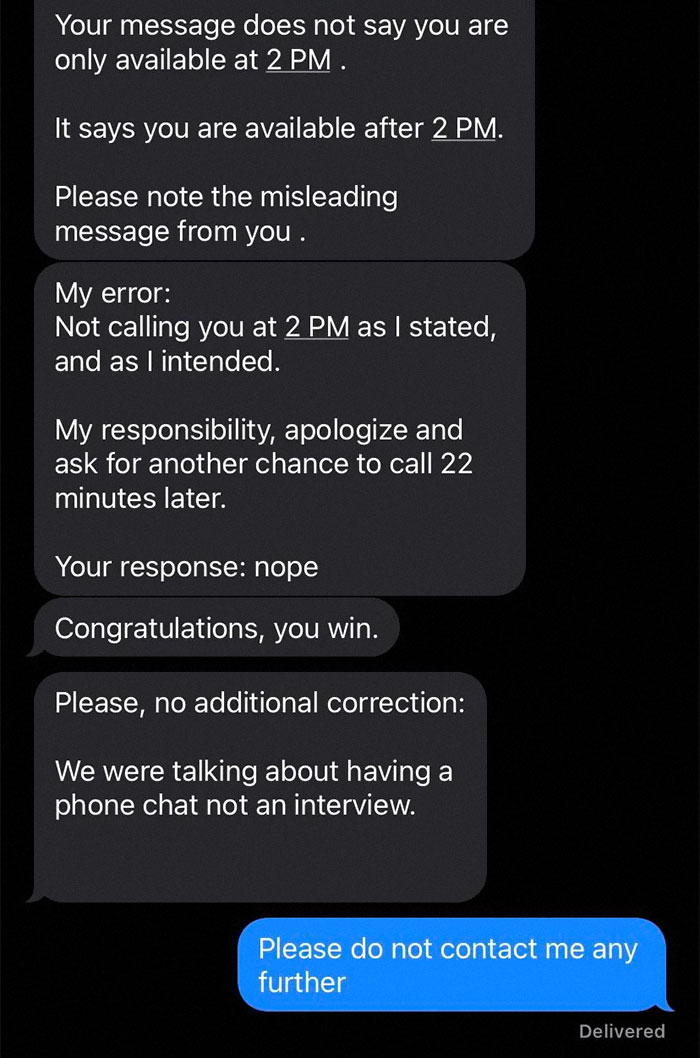 According to a CareerBuilder survey, a whopping two-thirds of workers say they’ve accepted a job only to realize it was a bad fit, with half of them quitting in the first six months.

Executive coach Rebecca Zucker, who focuses on helping leaders make a change from the inside out, agrees that the saying “caveat emptor” — buyer beware — applies when interviewing for a job.

“This isn’t to suggest that you should go into the interview process overly skeptical or suspicious, but rather to encourage you to be attuned to [various signals] in the interview process that warrant your attention, as they can indicate larger issues with your potential boss, team, or the organization as a whole,” she explained on Harvard Business Review.

Here are Zucker’s top 10 red flags to watch out for when the situation isn’t as clear-cut as it was for TytoAlba15:

“While no one can perfectly predict how a new job will turn out, staying alert to the potential red flags mentioned above during the interview process can help weed out suboptimal employment options,” Rebecca Zucker concluded. “Being observant in your interviews as well as attuned to how the process is managed, asking good follow-up questions, and doing your due diligence can help mitigate the chances of making a bad decision.”

After reading the exchange, people thought the recruiter needs therapy or at least a few days off to recharge 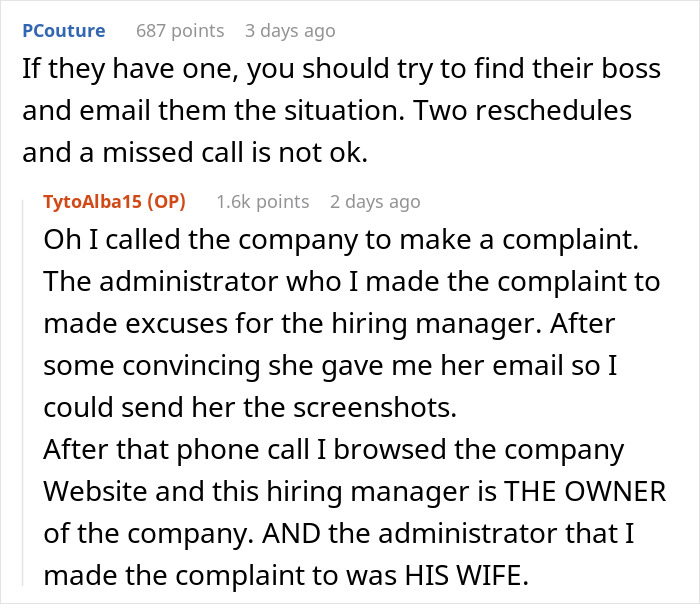 Some even shared similar stories of their own 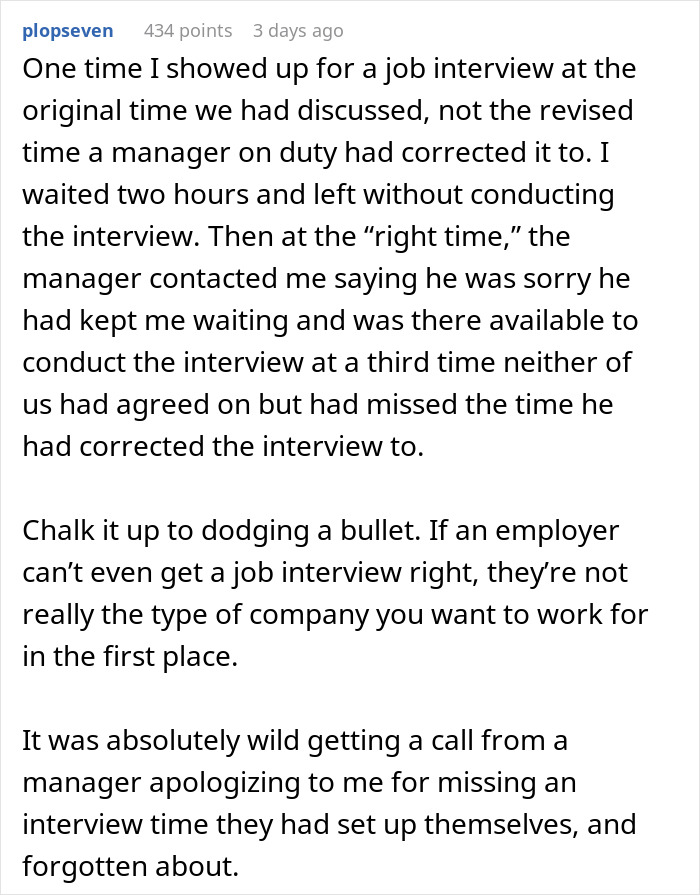 The post Woman Refuses To Speak With An Interviewer After He Missed Two Scheduled Calls, Shares Unhinged Texts That Followed first appeared on Bored Panda.