Erin Mims, a hair salon owner based in Houston, Texas, has recently lived through an awful experience. On Tuesday, the woman was celebrating her birthday with her husband and enjoying a meal out at the Prospect Park diner in Willowbrook, Houston. But unfortunately, what started off as a great day quickly turned into a disaster.

“I never made it to the spa or to my birthday dinner because I was immediately rushed to the hospital,” Mims said in a Facebook video where she recalled her experience. As they were leaving to head to a local spa, she noticed a peculiar napkin wedged into the passenger door handle when she returned to the car.

Mims didn’t think much of it and simply proceeded to remove it, as many of us would. “I just threw it out,” she revealed. “I opened the door with the tips of my fingers.” Shortly after that, the woman said she was hospitalized for touching an allegedly poisoned napkin, with doctors implying the incident could have been a part of an attempted kidnapping. In her video that has gone viral, she warns others to be careful when out and about.

Recently, Texas woman Erin Mims said she was poisoned after touching a napkin wedged into her car door handle 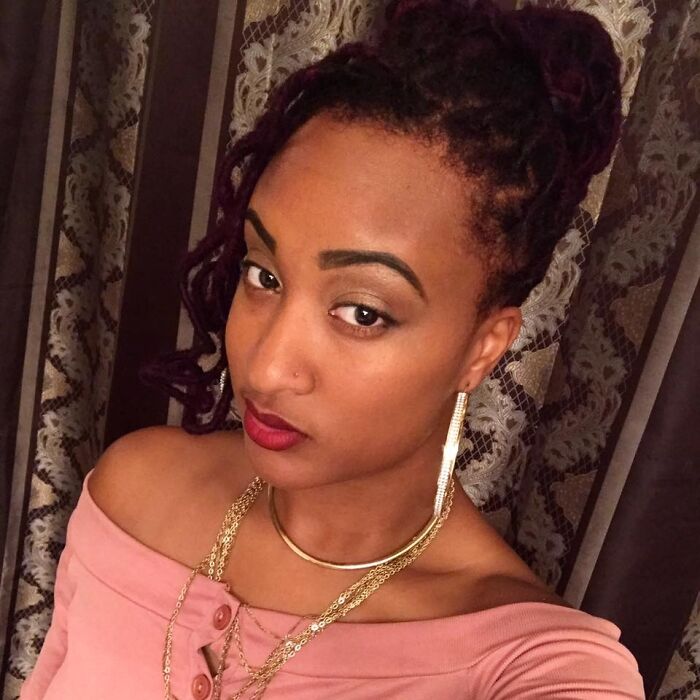 In a Facebook video that has since gone viral, she recounted her experience 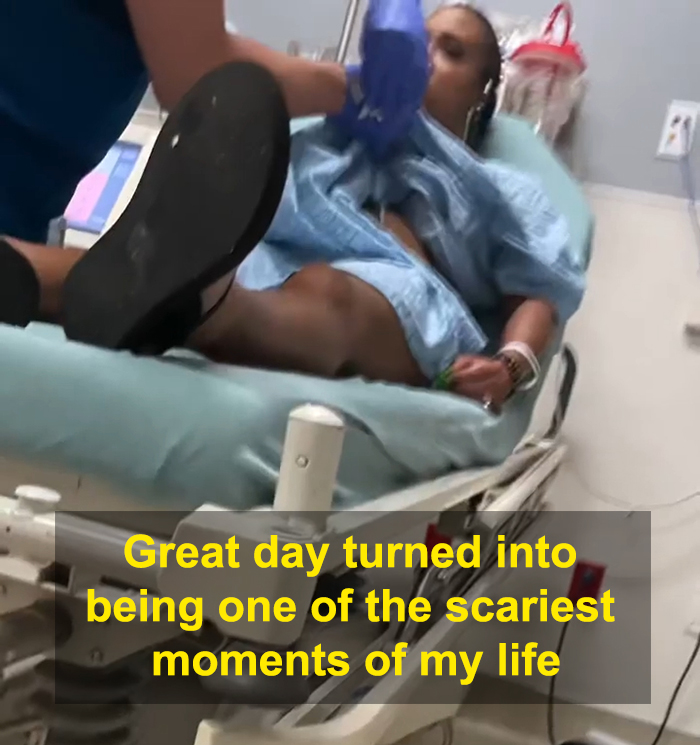 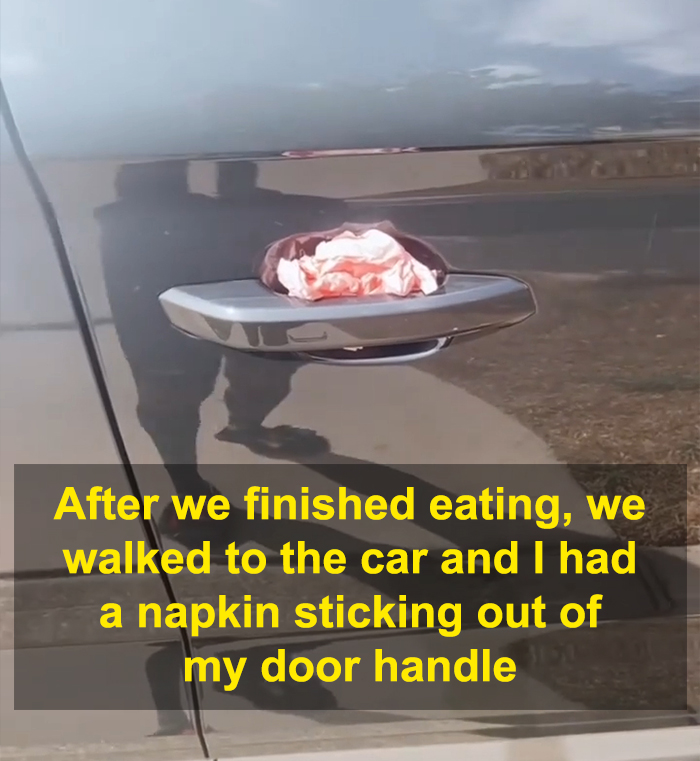 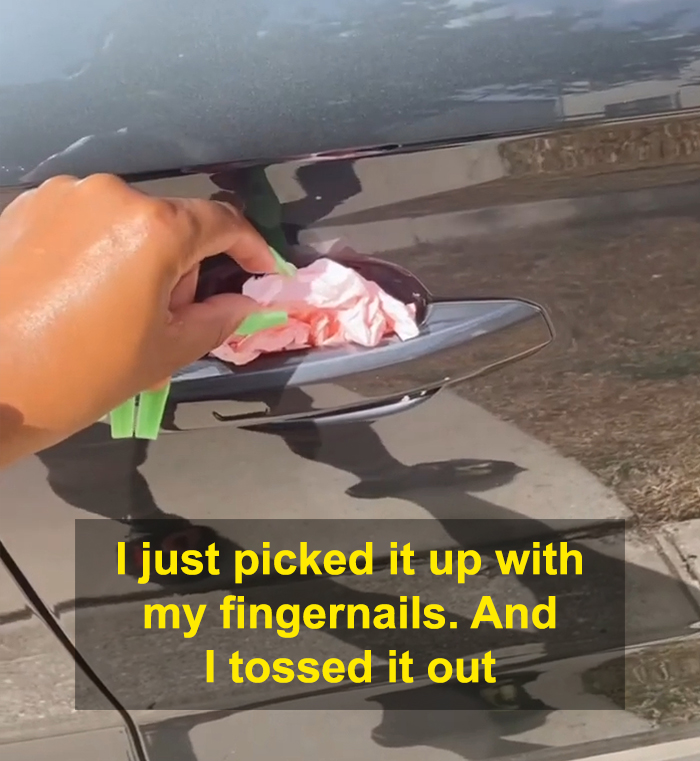 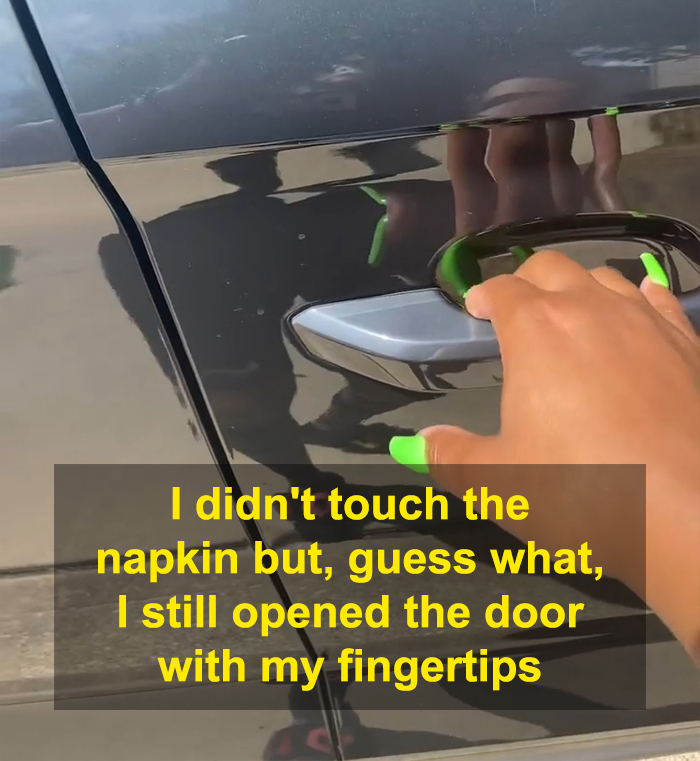 In the clip, Mims reenacted where she found the napkin and how she removed it with her nails. “So this isn’t the actual napkin, but I just wanted to give y’all an idea of how it was sticking out the door handle. So when I saw it, I just picked it up with my fingernails and I tossed it out,” she said. While she didn’t touch the mysterious napkin directly, she still opened the door with her fingers.

Mims mentioned she’s a “germaphobe” and normally wouldn’t have grabbed the napkin, but she thought her husband could have placed it there “just playing around”. “Once my husband got off the phone, I asked him, ‘Did you put a napkin in my door?’ And he was like, ‘No’. So, immediately, I started looking for the hand sanitizer,” she said. 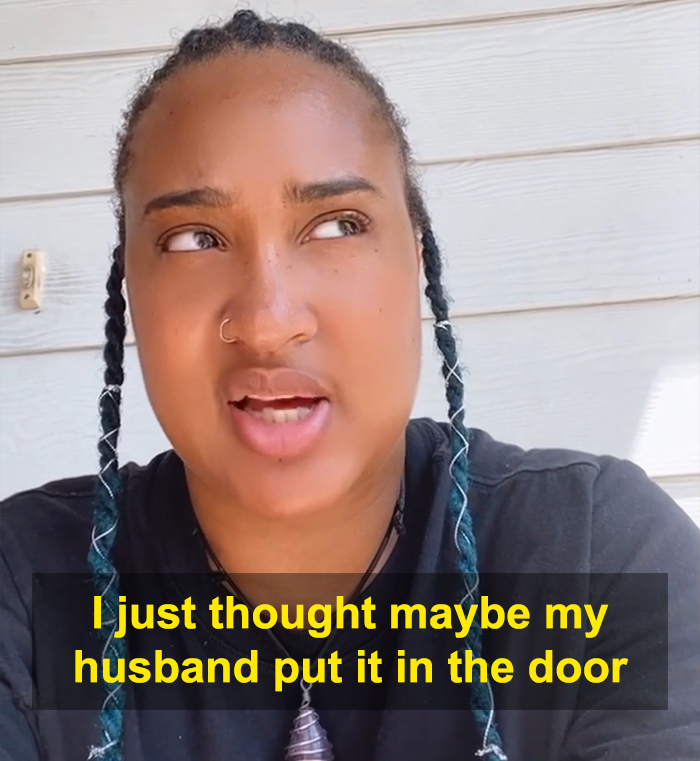 Despite going back to the restaurant to wash her hands, Mims said she felt the unknown substance affect her body 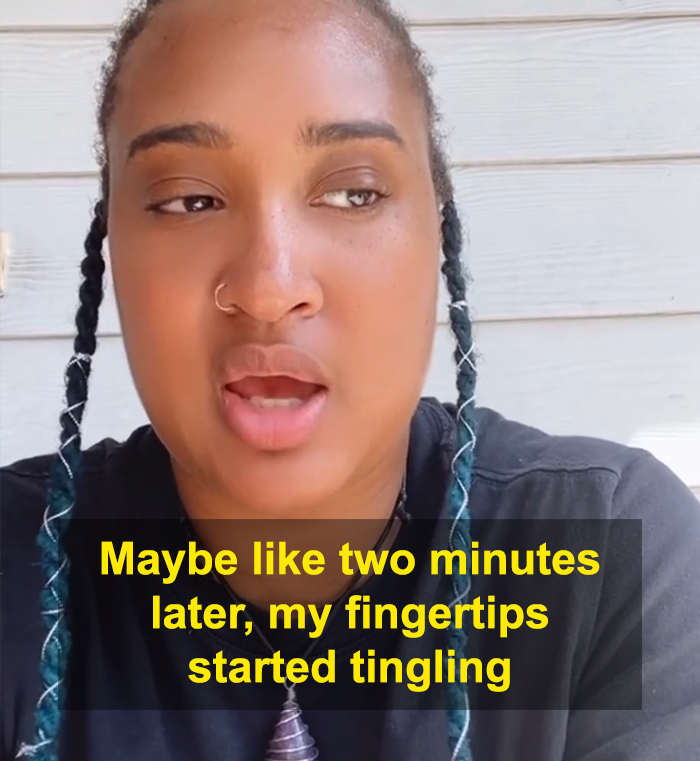 Mims then went inside the restaurant, washed her hands, and got back in the car. Shortly after leaving, she noted the fingers she opened that car door with started to tingle, a symptom which soon began to escalate.

“After about five minutes, my whole arm just started tingling, then it starts to feel numb. I couldn’t breathe,” the woman revealed. “I started getting hot flashes, my chest was hurting, my heart was beating really fast.” 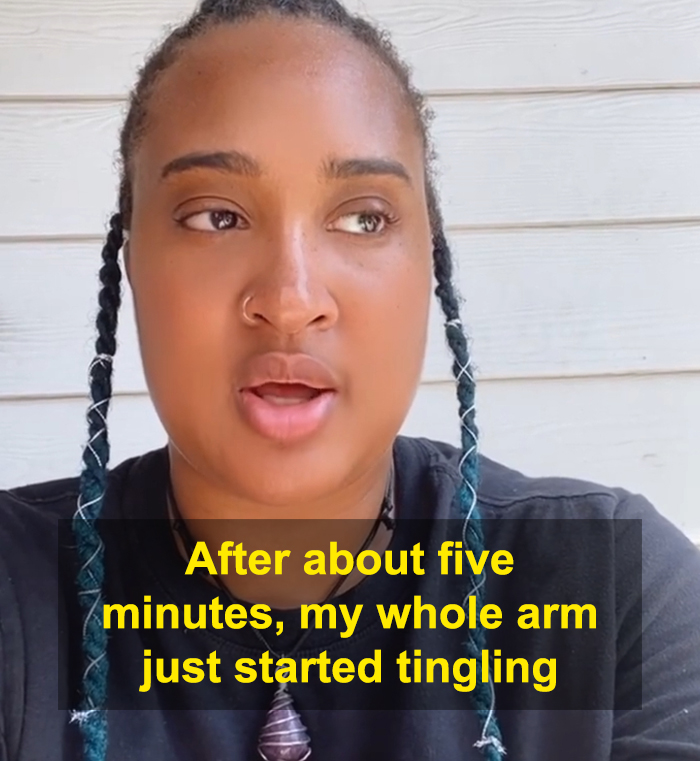 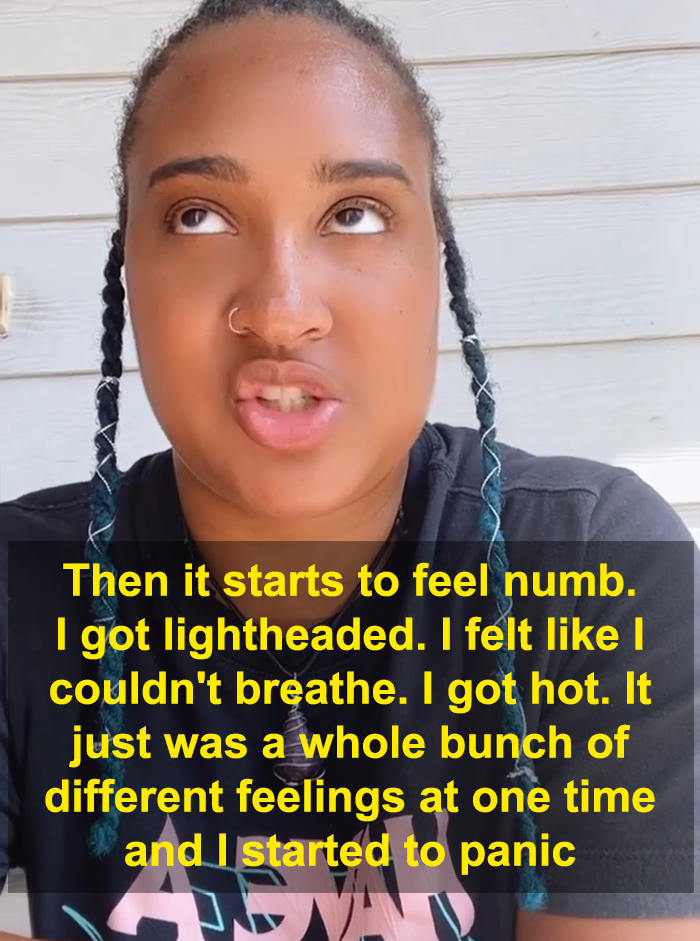 Shortly after, a special day at the spa turned into a distressing day at the hospital 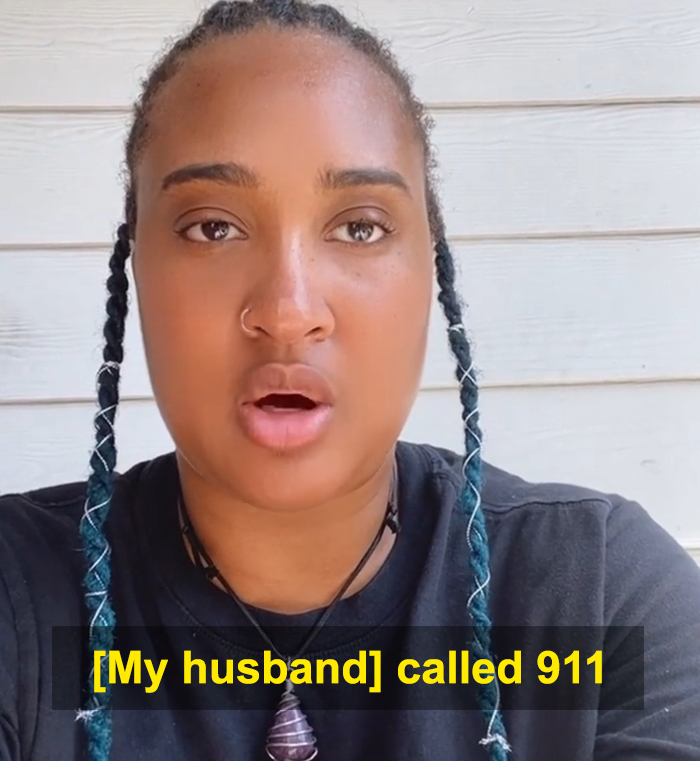 Immediately, her husband calmed her down, called emergency services, and drove her to the nearest hospital where doctors conducted several tests, including urine samples, blood tests, and a CAT scan.

“Once we got through the emergency room, I explained to them what happened and immediately they brought me to the back, took my blood pressure and everything. They say my vitals were not stable. So they immediately put me in a room and gave me some fluids.” 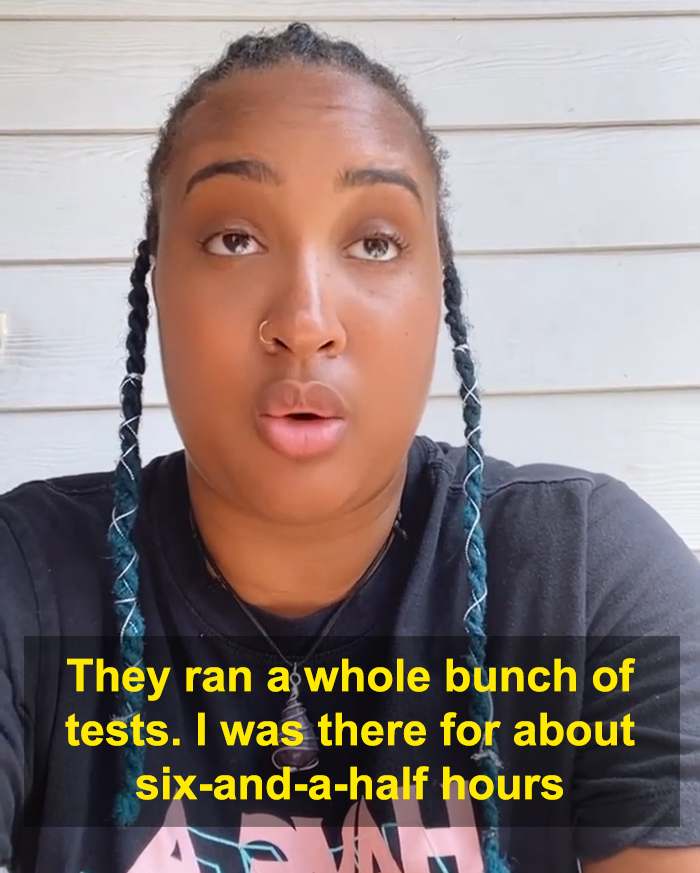 After the doctors told her she suffered from acute poisoning, they even said the incident sounded like a failed kidnap attempt 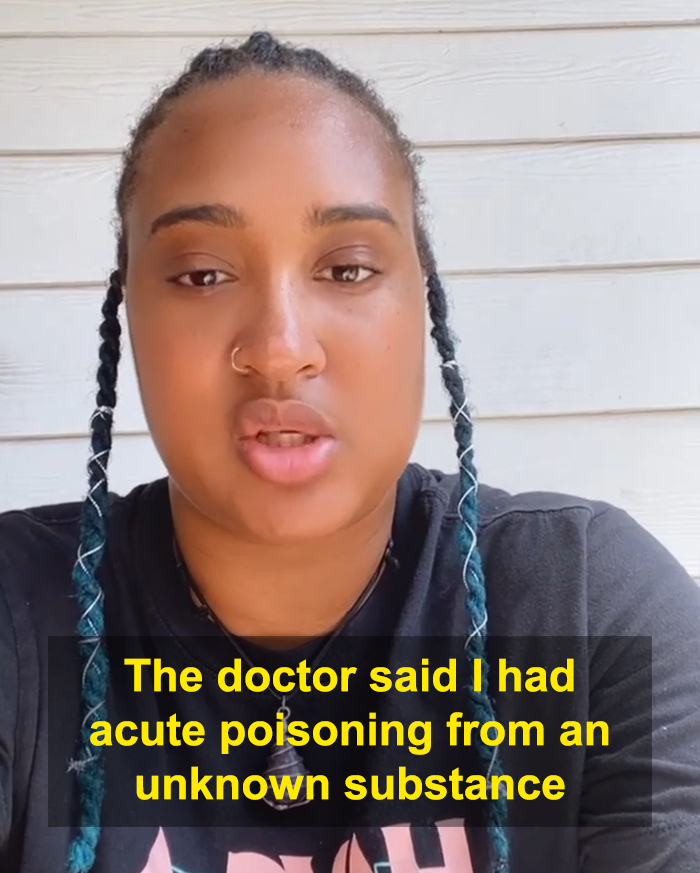 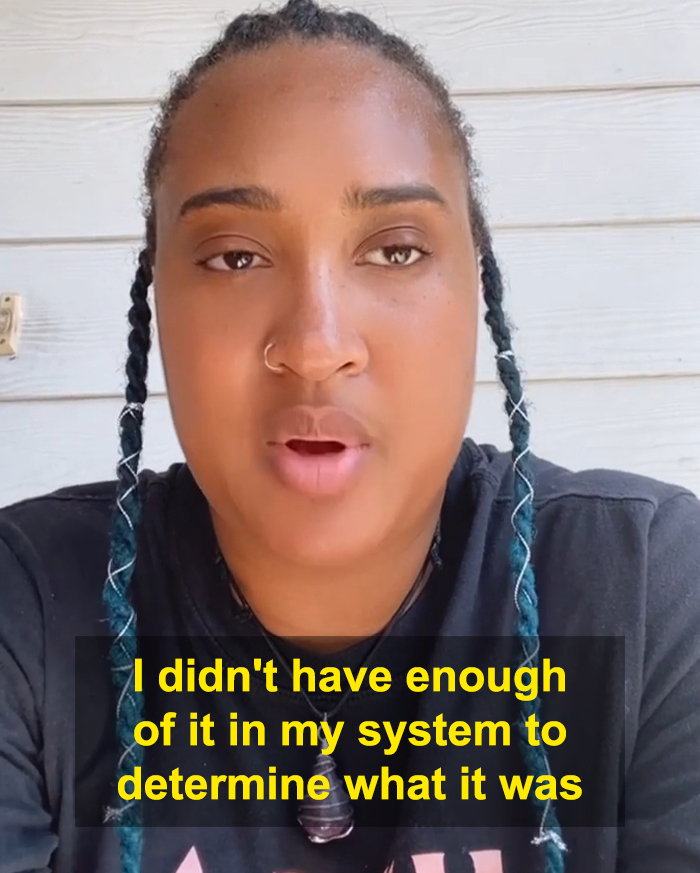 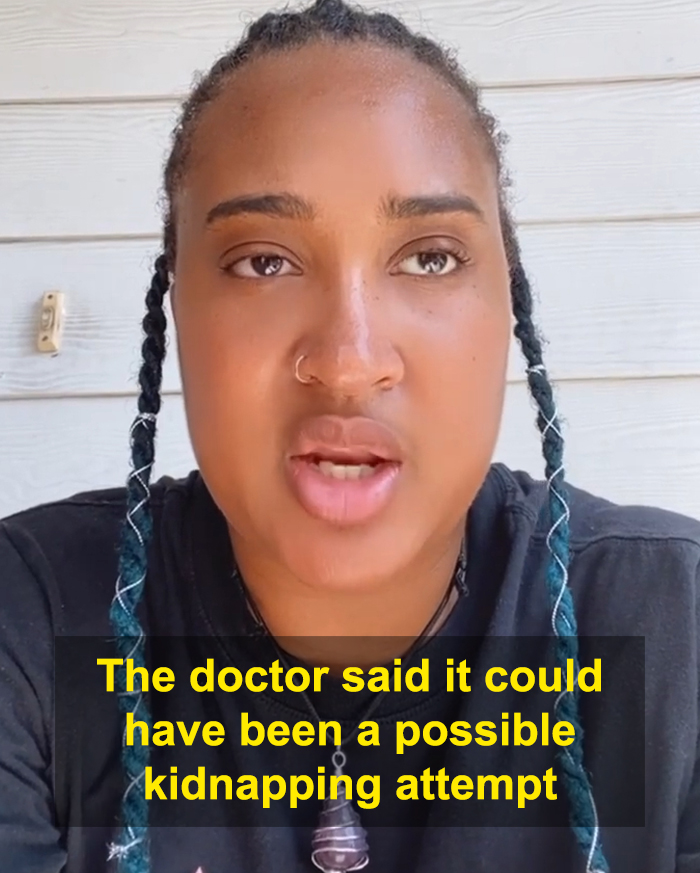 “I was there for about six and a half hours,” Mims recounted emotionally. “The doctor said I had acute poisoning from an unknown substance. I didn’t have enough of it in my system to determine what it was, but just that little amount had me messed up.” The doctors even told her it sounded like a failed kidnap attempt.

“So just imagine if I would have grabbed it with my full hand, I probably could have been dead,” she said, warning others to be careful and always keep an eye out.

“All I could do was think about my babies. It was the scariest moment of my life,” she told Fox26. 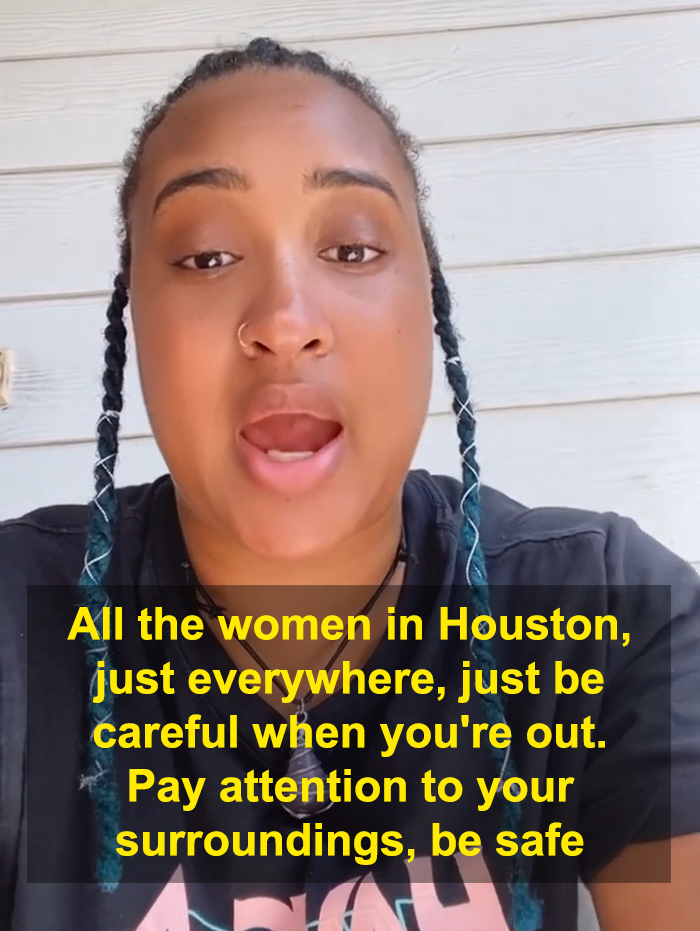 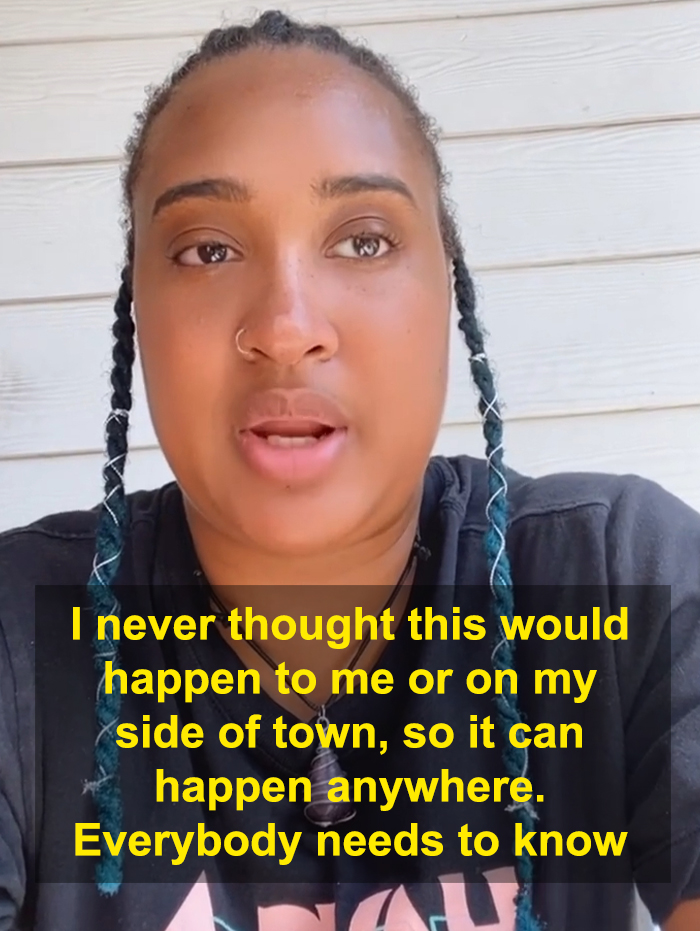 You can hear Mims tell the story right here

Mims decided to file an assault report with the Houston Police Department, who said that the incident is the first of its kind that they’ve seen, and they have never received a similar complaint before. HPD also told local TV station KPRC they are aware of the incident and are investigating this as a possible assault, and ask anyone who has any information about it to contact them.

“The probability is that you would have to have a lot more than just a casual exposure,” Mark Winter, Southeast Houston Poison Center expert, told Fox26. “In her video, her symptoms match hundreds of different poisons. It is possible. I’ve learned over my 40 years, that anything is possible when it comes to the human body.”

Several Facebook users suggested on Mims’ post that she may not have been poisoned, but rather suffered from a panic attack.

“I read some of the comments. I don’t care what people think,” Mims noted. “I just want them to know what happened. When they see that napkin, in their head they’re going to know not to touch it. I just want everybody to be careful. Physically, I’m okay, but emotionally, mentally, I’m not. I don’t even want to go anywhere by myself.” 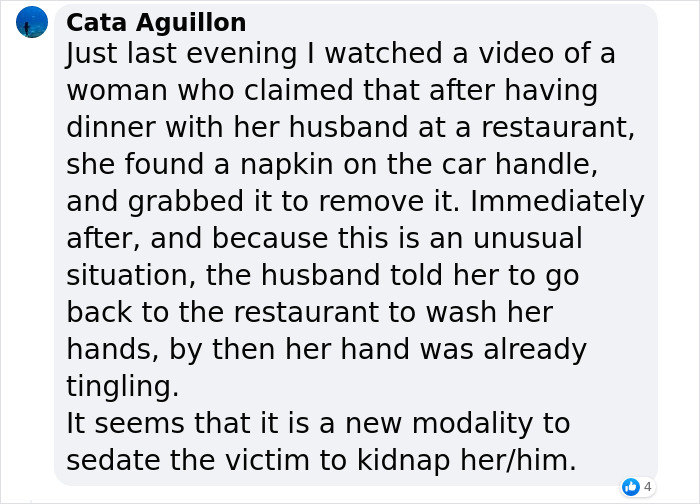 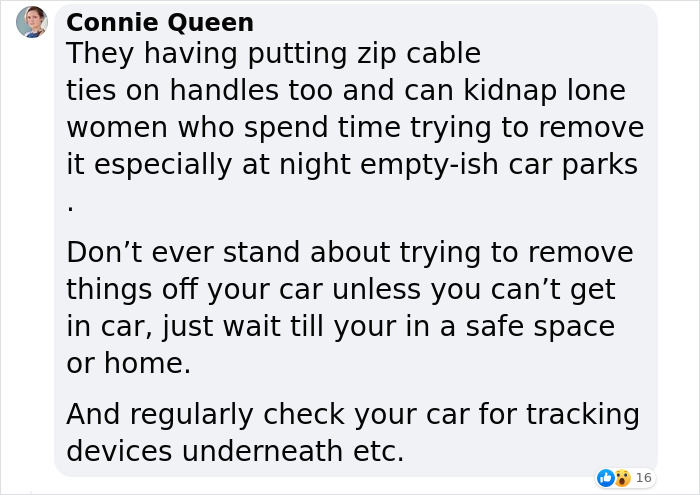 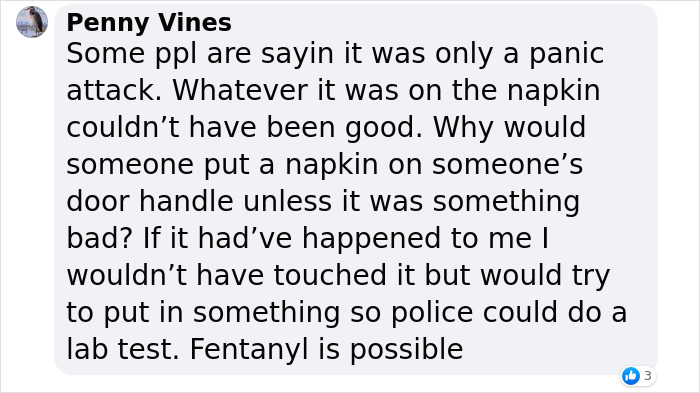 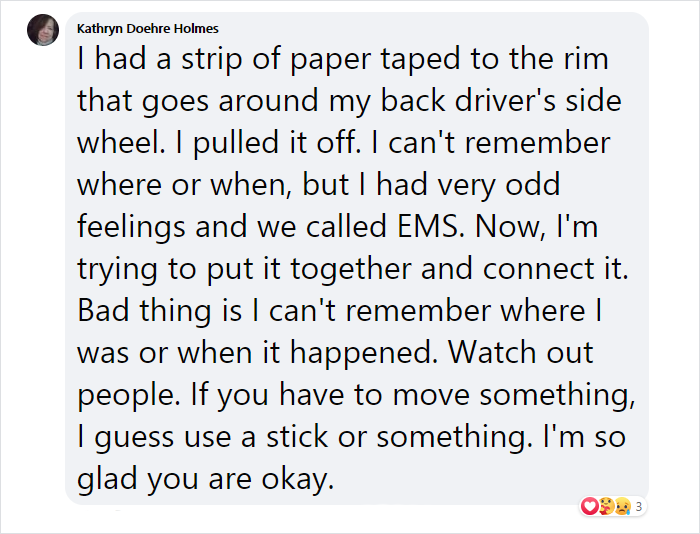 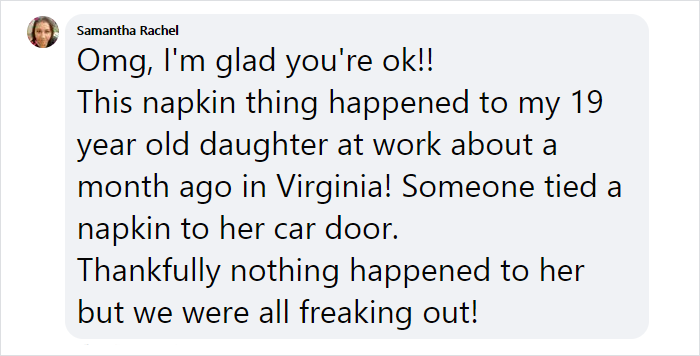 The post Woman Says She Ended Up In The Hospital Because She Removed A Napkin From Her Car, Creates A Video To Warn Others first appeared on Bored Panda.