When we buy food, there are a lot of parts of it that we don’t eat and just get rid of. We usually don’t overthink it and accept that it is part of the food, like banana peels, apple cores or that one kind of cereal in the mixed flavors that we pick out and don’t eat. So it’s almost like you are throwing your money away.

But this woman is making waves on the internet as she showed that she doesn’t pay for the part of broccoli she doesn’t eat. Her video showing how she leaves broccoli stems at the store went viral and everyone had an opinion. 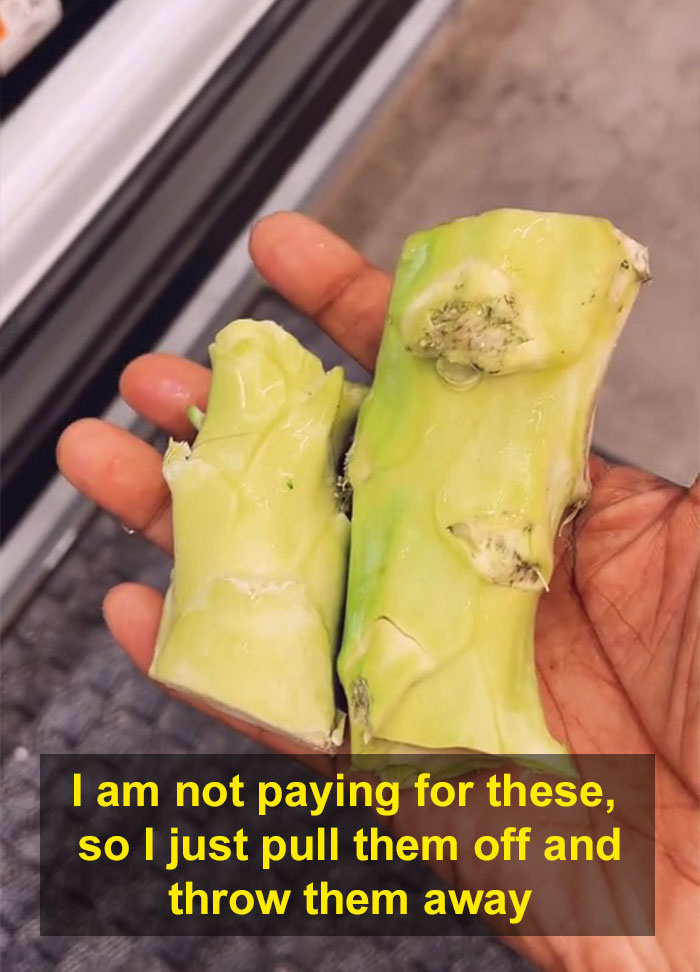 The woman is Meia Carter, a mother and a wife living in Florida. She has 137k followers on TikTok and she creates videos showing her family, dogs and just mostly chatting with her followers. A few of her videos have gone viral in the past, but the most recent one has almost 6 million views.

In that short clip, Meia shows broccoli stems that she just cut off at the store and is seen tossing them back in the broccoli pile. Because the broccoli’s price is for the pound, Meia doesn’t think it’s sensible to pay for the weight she won’t use to prepare her food.

In a follow-up video, the woman explains that if the stems are longer, she will just break them off, but usually she is carrying a knife. The woman carries the knife all the time in case she needs to use it in self-defense but it doubles as a stem-cutting knife as well.

Meia doesn’t only do that with broccoli. In an older video, she explains that she also breaks up the banana bunches as well and takes only 3 bananas that look the best, because why would you take more bananas than you can eat and then have to eat overripe ones? 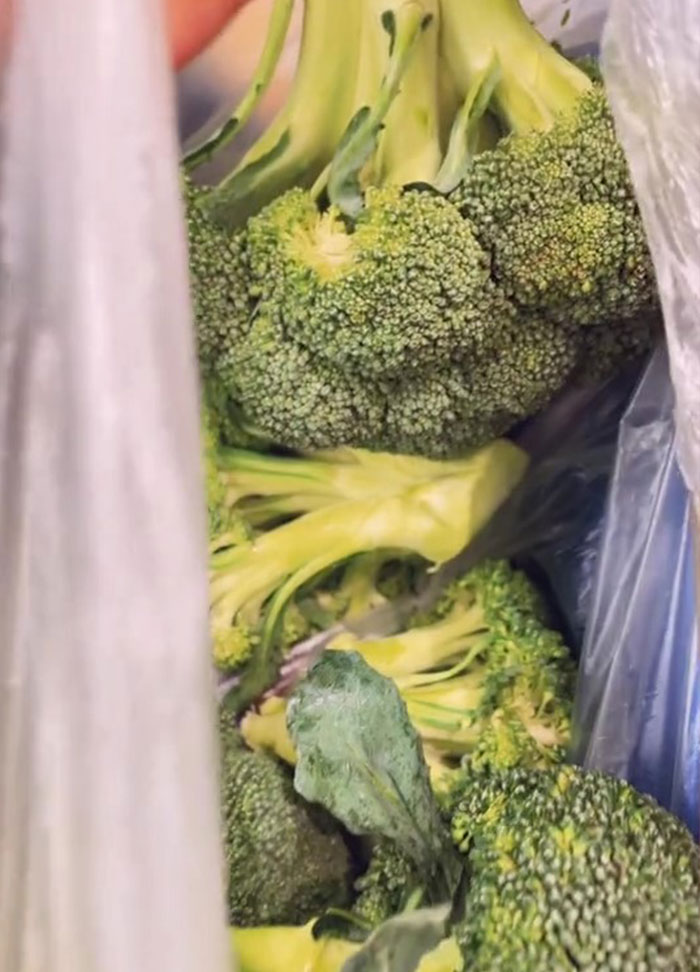 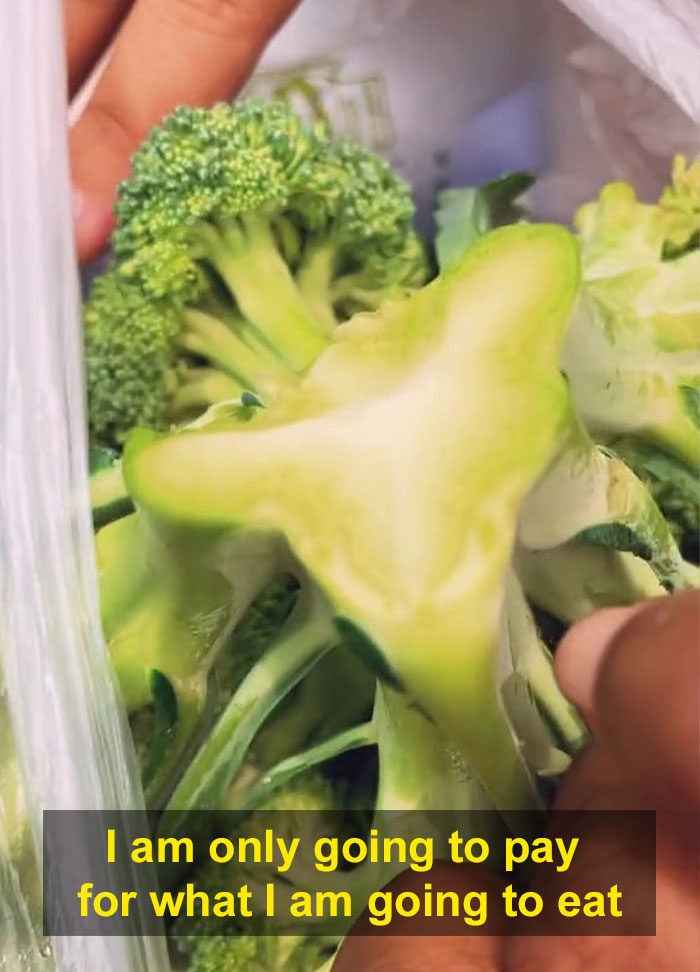 The broccoli video caused a lot of controversy not only in the TikTok comments, but was picked up by the media as well. In the comments, people were mostly laughing at Meia for making a mess at the store just to save a few cents.

A lot of people were giving examples of other things nobody eats and should leave at the store, such as pistachio shells and bread crust. Others were disgusted that the woman would make a mess that other customers would have to deal with if they wanted to get broccoli as well and it made more mess for the staff too.

There were some people who found the advice actually useful because if the price is for the pound and not for one single head of broccoli, then adding up the price of the stems eventually makes a difference in your wallet. 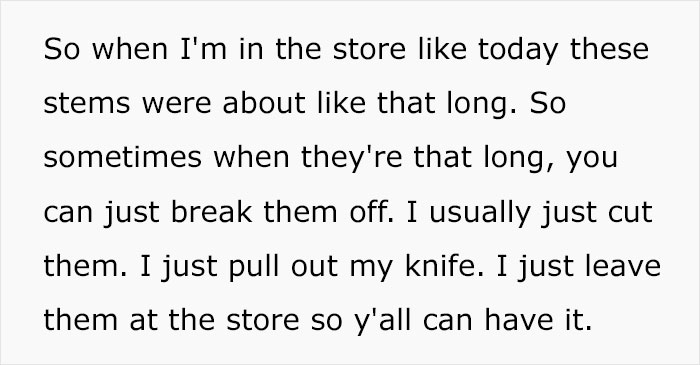 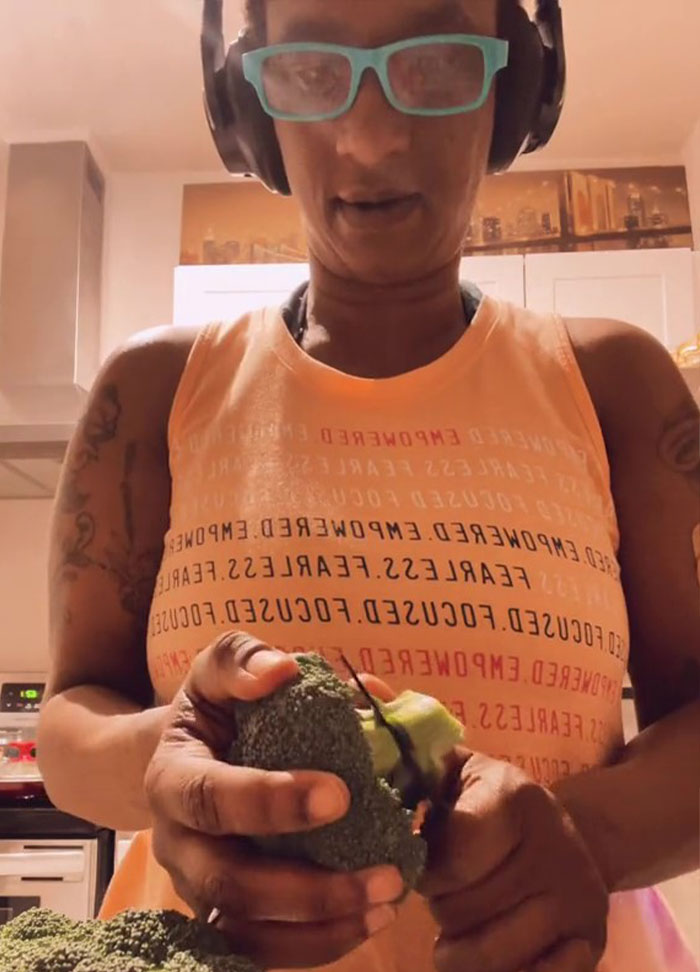 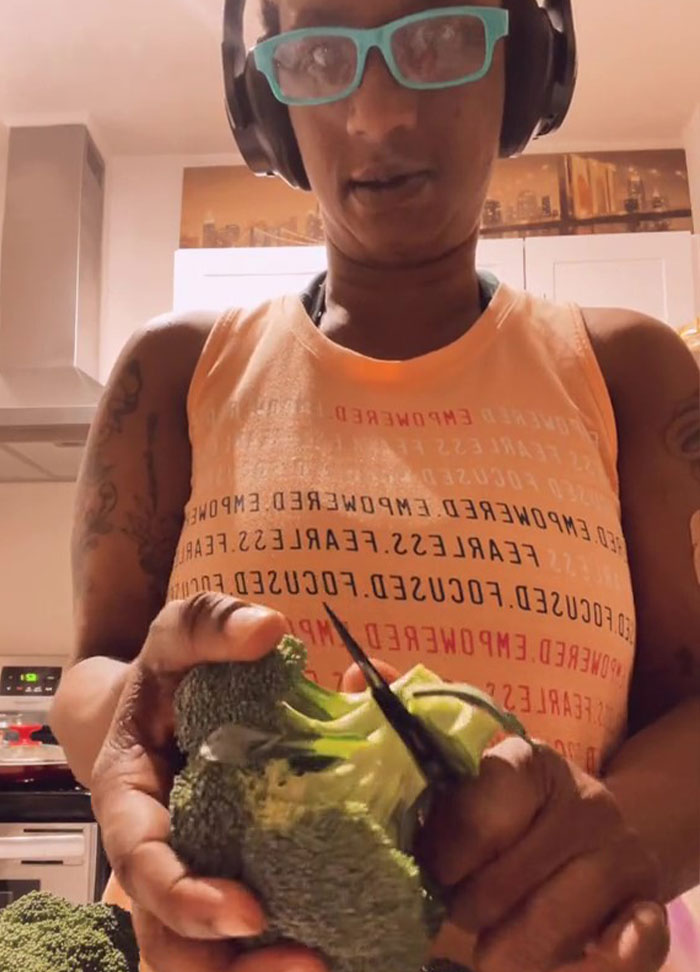 There was also a Walmart employee on TikTok who responded to what she called Broccoligate 2022 and explained that the workers don’t mind customers leaving parts of vegetables they don’t want. She showed that it’s not a big deal to distribute grapes sold by the pound into bags however you want or rip off leaves of cabbages.

But another example demonstrates that shops do care about it. A tweet shared by radio show 3AW Breakfast includes a note left next to broccoli in a store whose name was not mentioned. It reads: “ATT (attention) customers. You must not break the stems of the broccoli. This is classed as theft. All broccoli purchases will be checked at the registers. Thanks, Management.”

People argued that it’s not theft because you pay for all the weight you are buying, but others tried to explain why it is actually theft: “If you are paying less by breaking off the stem, there is no profit, therefore, you are stealing the profit from them even if you are not stealing an object and walking out with it. The theft is in the change you retain that you did NOT pay the store.”

The broccoli the woman buys is priced by pound, so cutting off the stems means that she saves money and doesn’t just throw it out 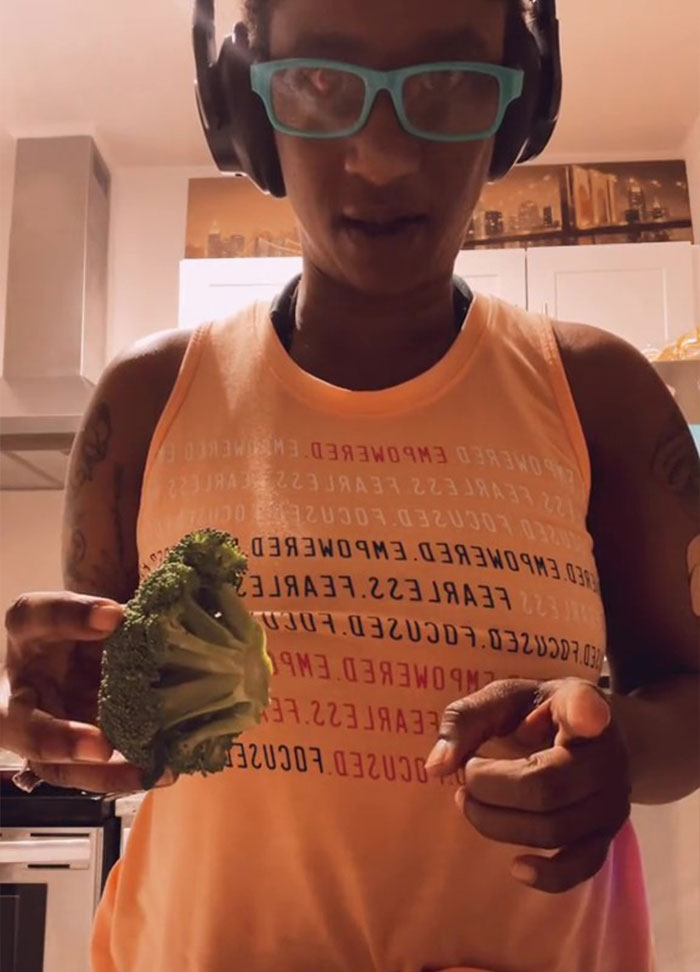 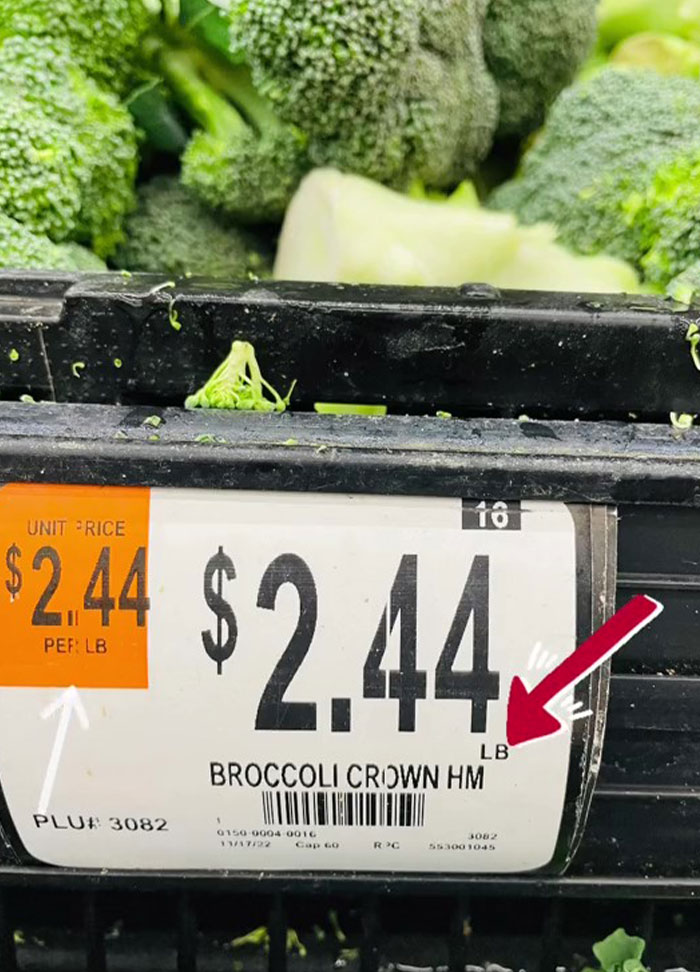 You can watch the viral video below

Meia’s video started quite a discussion. We would like you to join in as well and comment if you agree that leaving behind stems of broccoli is a good way to save money. Or do you feel that it’s just not very nice to leave stems in the pile of broccoli for others to sort through? Maybe you also feel that it’s a crime? We are interested to hear what you have to say.

While it is a logical explanation, people in the comments didn’t believe it saved much money and mocked the woman

The post Woman Shares A Shopping Hack Of Cutting Broccoli Stems To Save Money But People Online Respond With Roasts first appeared on Bored Panda.