Ashlee Gadd said the hardest part of her miscarriage was reconciling how to walk through her normal days while bleeding and grieving.

“There’s so much I didn’t know about this kind of loss,” the 35-year-old California mom of three told TODAY Parents. “I never understood how much ordinary life continues swirling around… how this process doesn’t happen in a day. It lasts and lingers. I never considered how many women are walking around in public places in the process of silently miscarrying.”

Luckily, Gadd had people to support her. Like Anna Quinlan, a dear friend who she has known for about a decade. 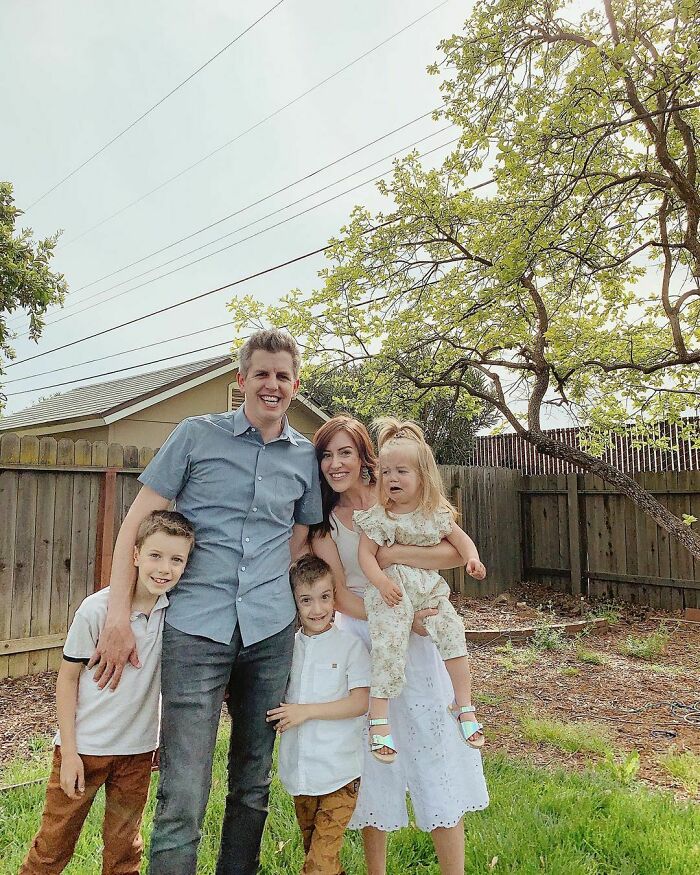 So her friend Anna Quinlan reached out to her 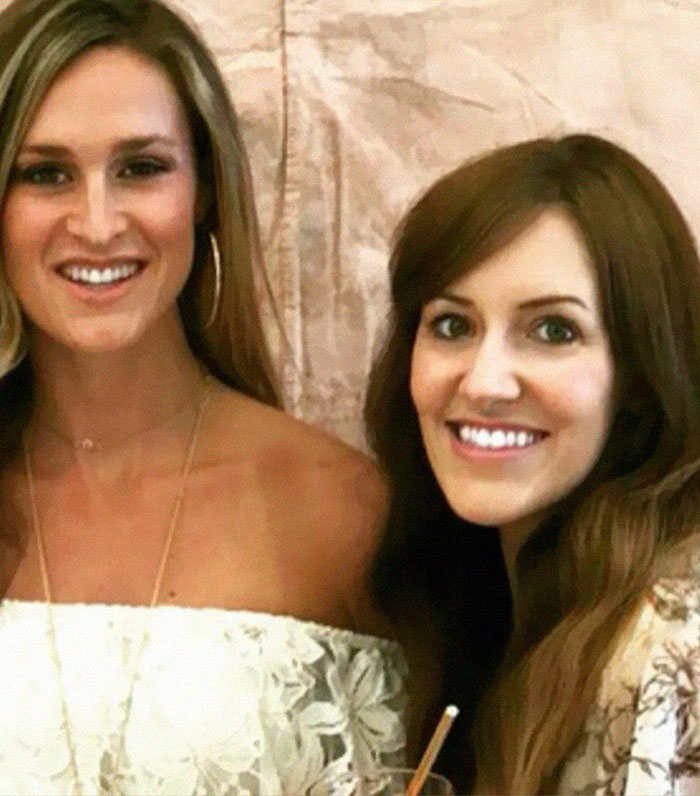 But instead of asking how Ashlee was doing, Quinlan texted a multiple choice question 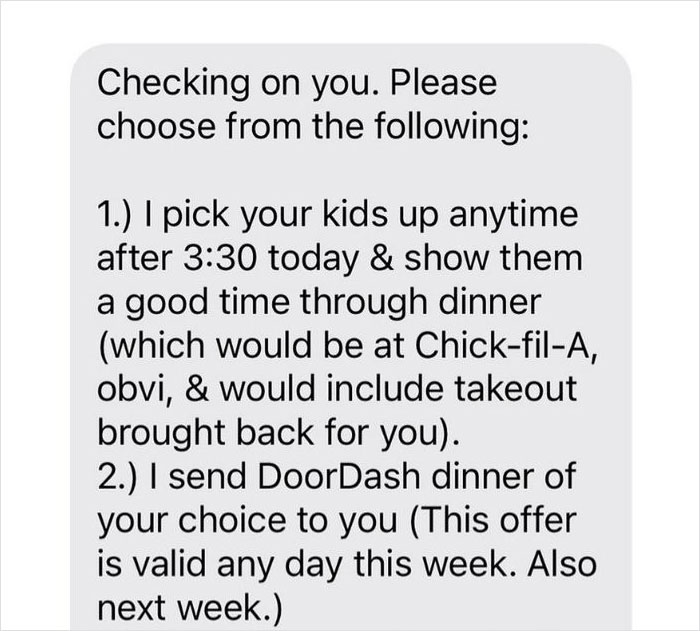 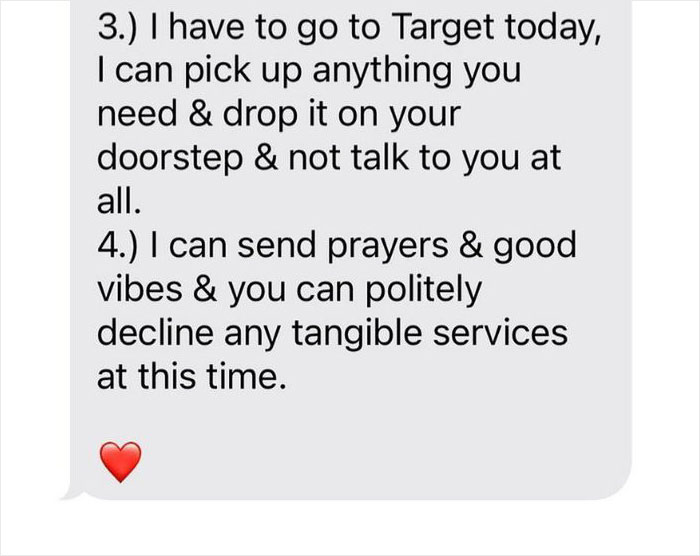 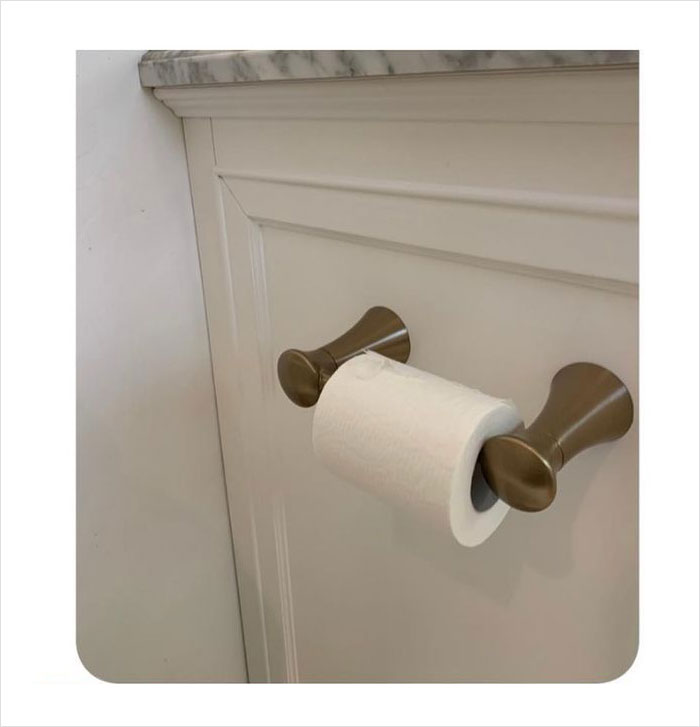 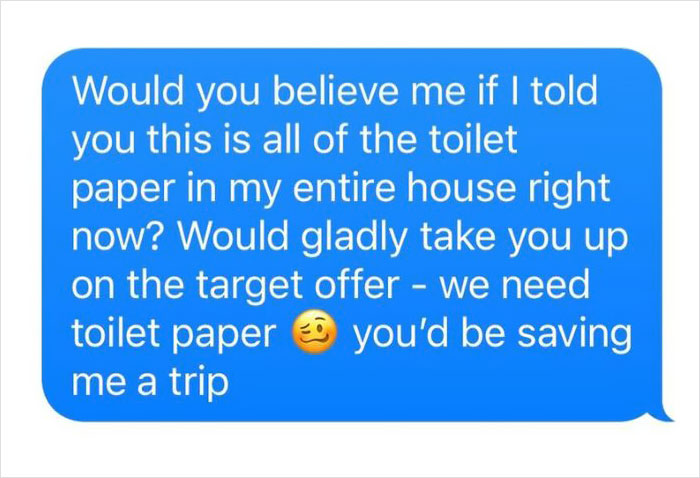 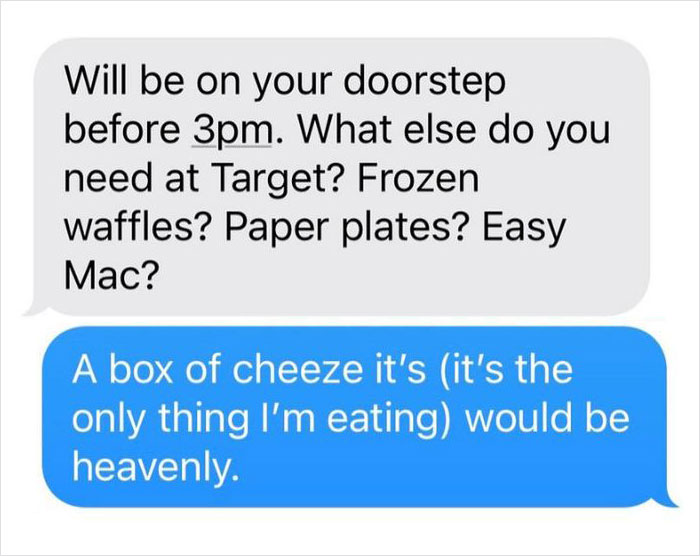 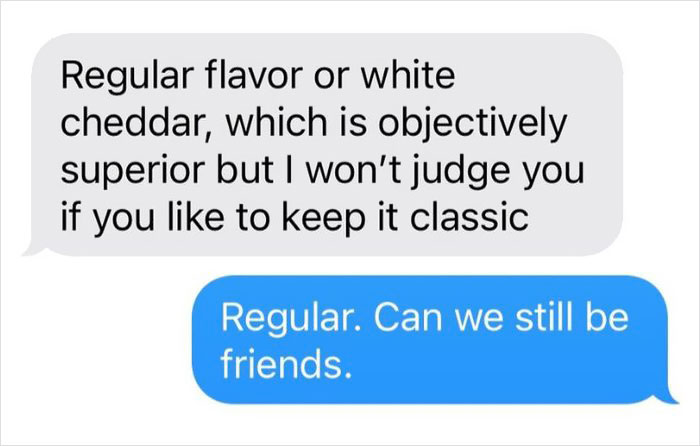 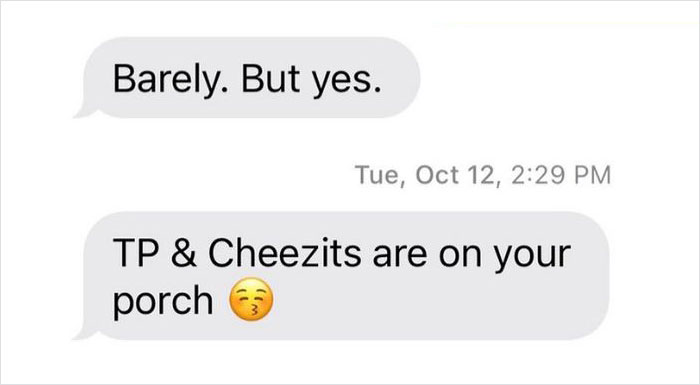 That afternoon, toilet paper and Cheez-its arrived on Gadd’s porch 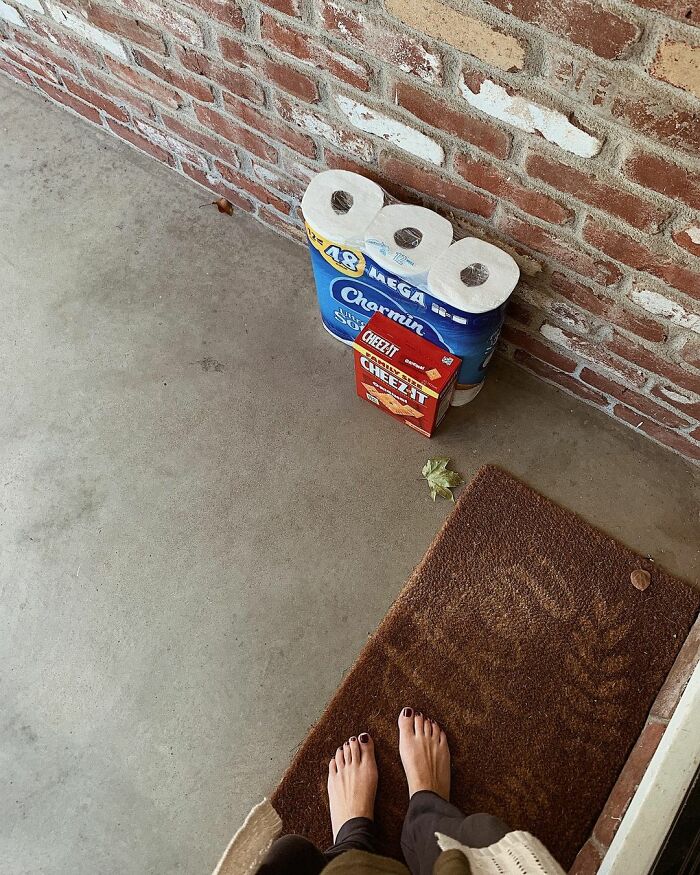 Gadd told Good Morning America that a miscarriage wasn’t even on her radar. “It took a couple of minutes to really hit me and I was crushed,” she said. “The doctor asked if she could give me a hug and the moment her arms wrapped around my neck, I started sobbing.”

It got even worse in the week that followed, while the mom waited to undergo a dilation and curettage, a medical procedure performed to clear the uterine lining after a miscarriage.

“In that week, I was still feeling very pregnant, feeling nauseous and my boobs hurt,” Gadd recalled. “My body felt very pregnant but my mind knew that I wasn’t going to be much longer. That was a really hard thing to reconcile.”

It was also during that trying time that Anna showed her support. The gesture meant so much to Gadd that she just had to share it on her social media. 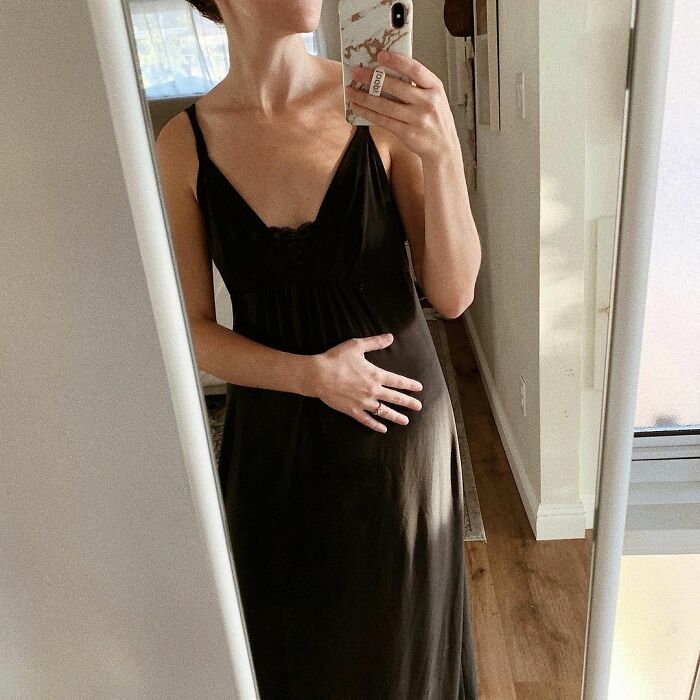 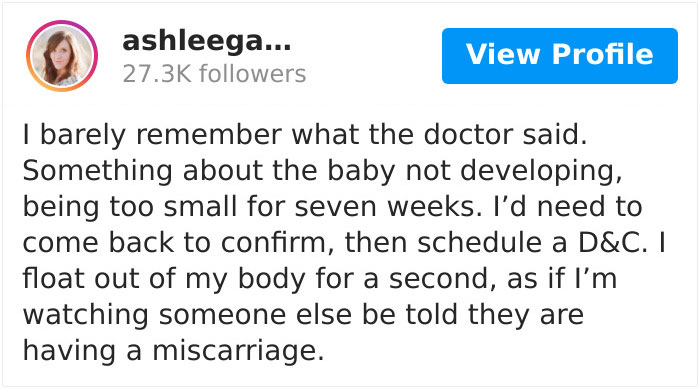 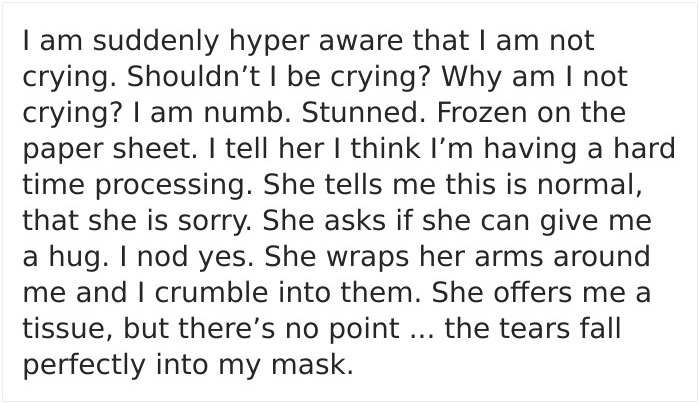 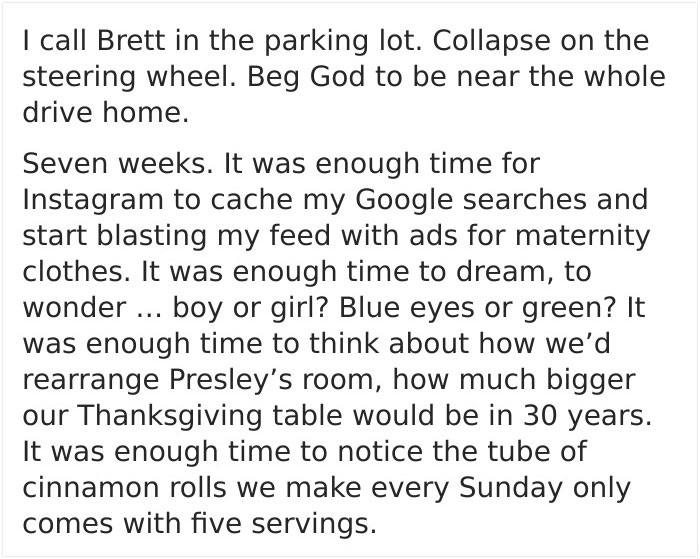 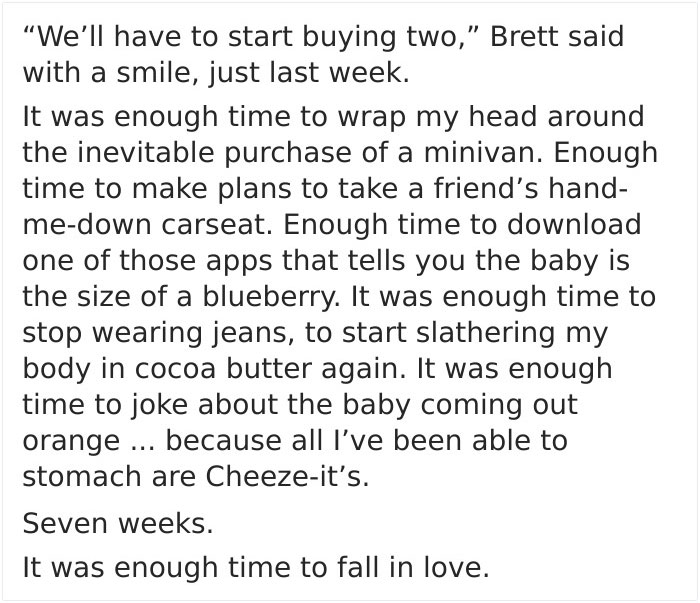 But she considers herself one of the lucky ones 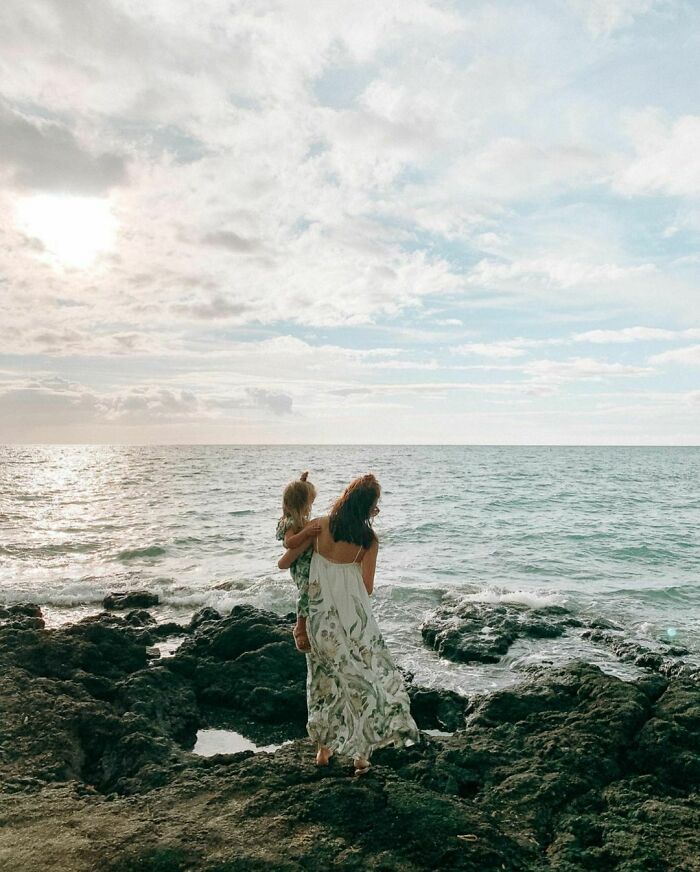 According to the Mayo Clinic, about 10 to 20 percent of known pregnancies end in miscarriage. The actual number, however, is likely higher because many miscarriages occur very early in pregnancy — before the couple even finds out about it.

The term “miscarriage” might suggest that something went wrong in the way the woman carried out the pregnancy. But this is rarely true — most miscarriages occur because the fetus isn’t developing as expected.

Iris Gorfinkel, who is a General Practitioner and Principal Investigator/Founder of PrimeHealth Clinical Research in Toronto, Ontario, has written an excellent piece on why we should consider aborting the term miscarriage altogether. 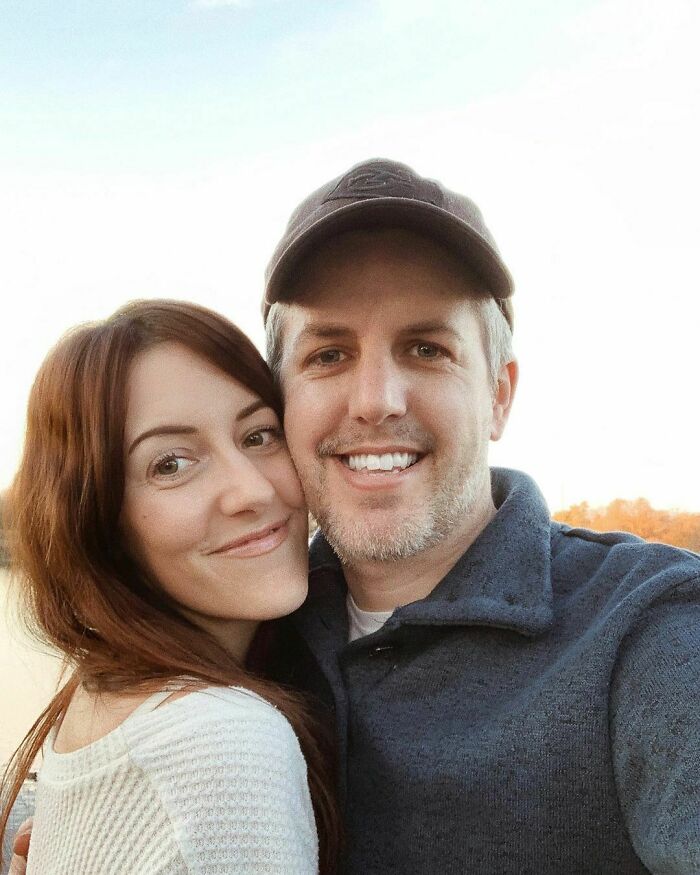 Everyone who heard Ashlee’s story was incredibly touched by it

The post Woman Who Had A Miscarriage Shows What True Support From A Friend Looks Like And Her Post Goes Viral first appeared on Bored Panda.