We have long heard about the baffling tipping culture in the United States. All across the country, you’re expected to leave a tip, and a generous one, regardless of the service. It’s a large portion of income for many employees, so they often rely on their customers’ generosity. Unfortunately, when it doesn’t live up to their expectations, some people don’t think twice before acting out in retaliation.

A week ago, Hunter, a freelance artist and Twitch streamer based in New Mexico, opened up about a troubling experience she had with a GrubHub driver. The woman shared a video on TikTok calling out the company after the delivery person left her food in a place she could not reach with a wheelchair.

GrubHub, like many other meal delivery services, allows customers to leave a tip at the checkout, and Hunter revealed she left a 26% tip. However, that didn’t sit well with the driver. He decided to get payback and leave the order in the middle of her gravel driveway. The clip, where she explains the situation in great detail, quickly went viral and has amassed over 2.8M views at the time of writing. Scroll down to find out the whole story and let us know what you think of the driver’s actions in the comments! 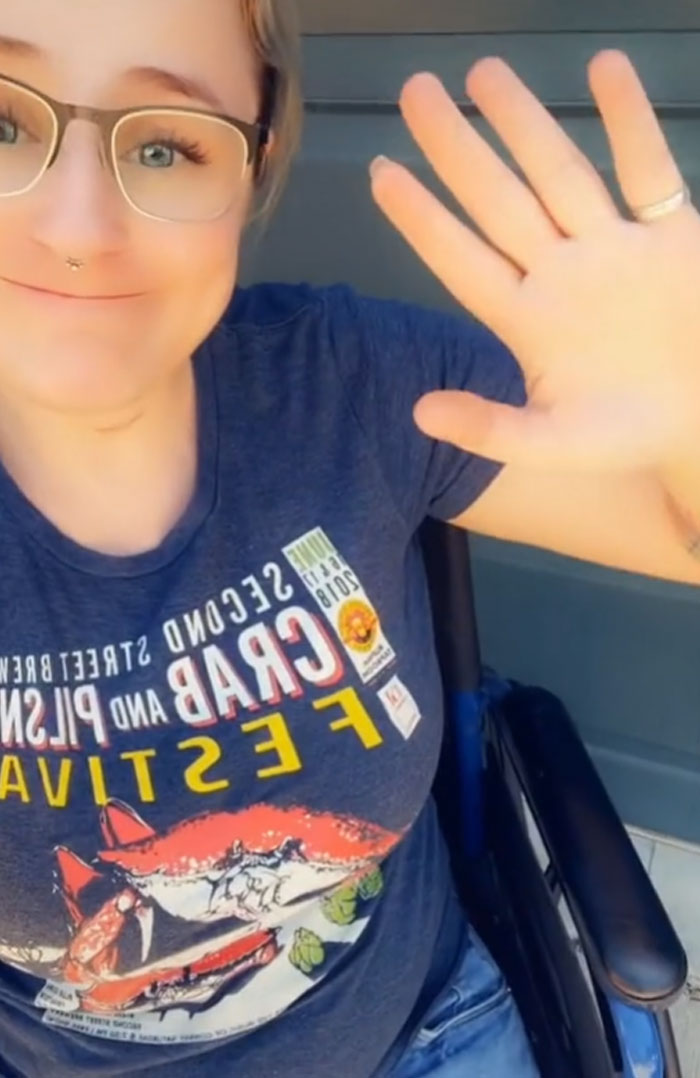 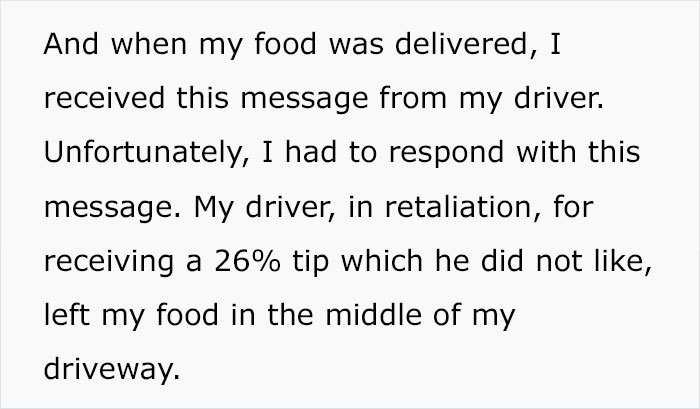 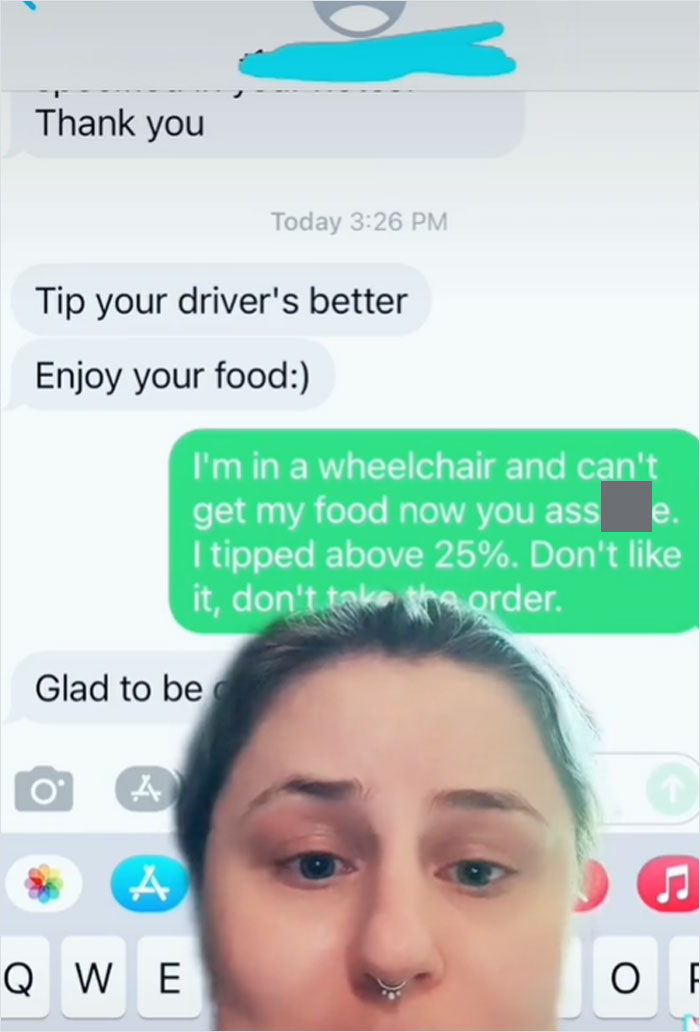 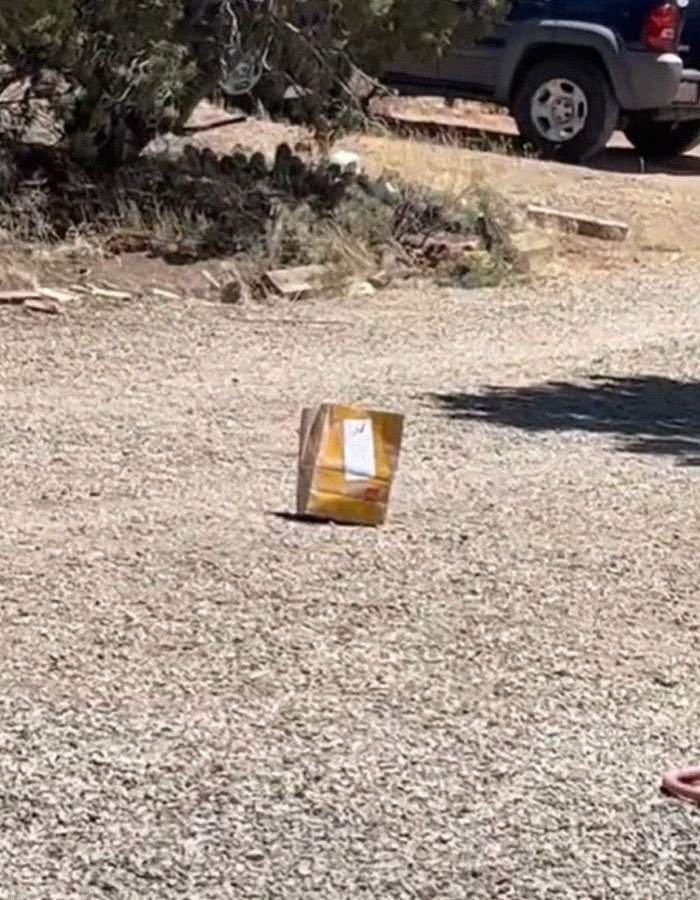 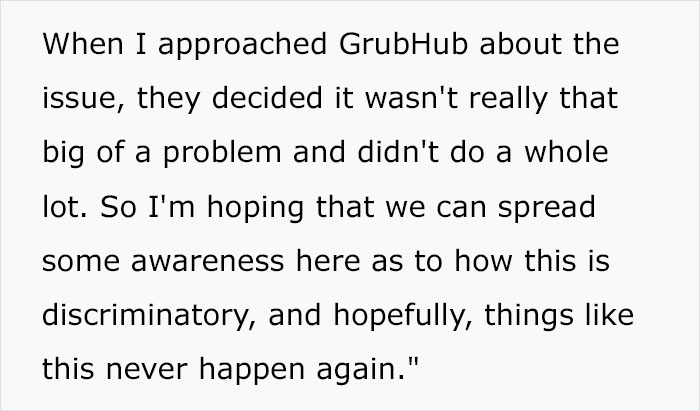 You can watch the full video, which got over 2.8M views, right over here

The woman approached GrubHub with the issue, but their solution was to offer her a 15% discount code 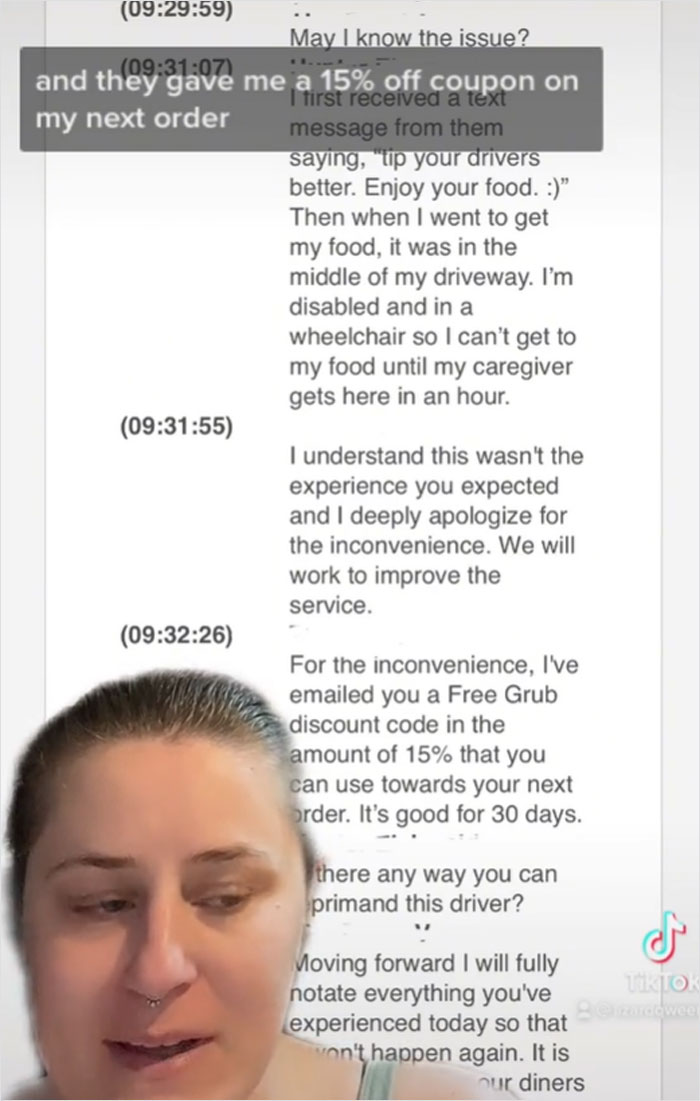 When she reached out the second time, the TikToker told GrubHub it was not about the money but, unfortunately, didn’t get much out of it 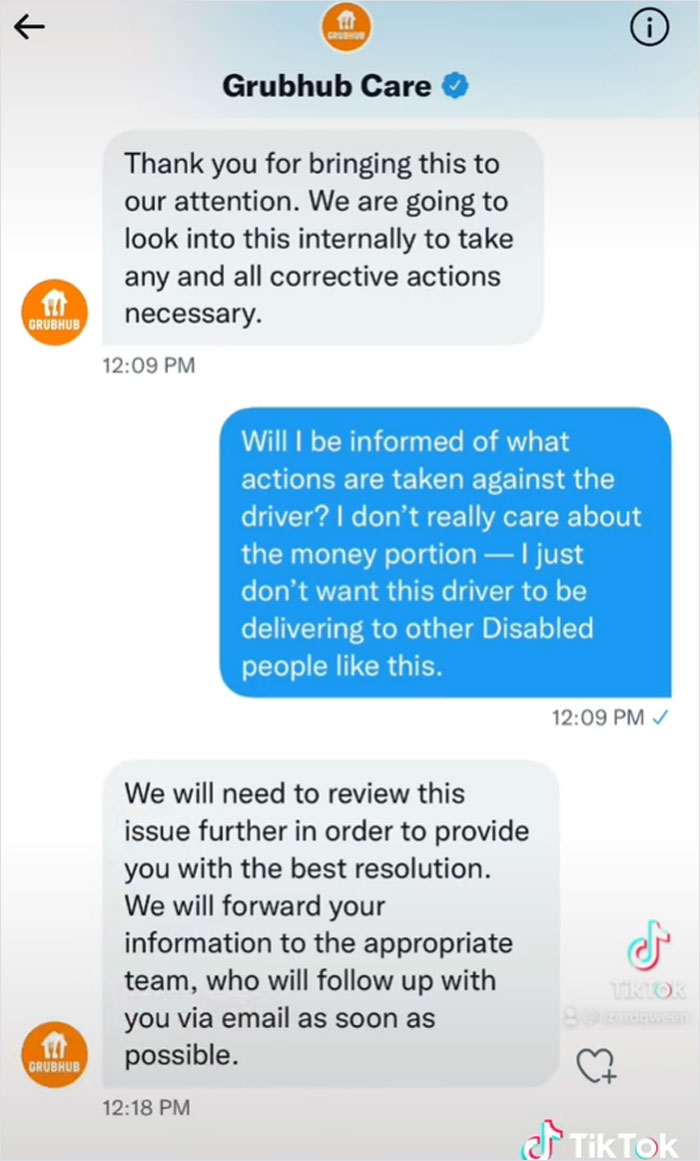 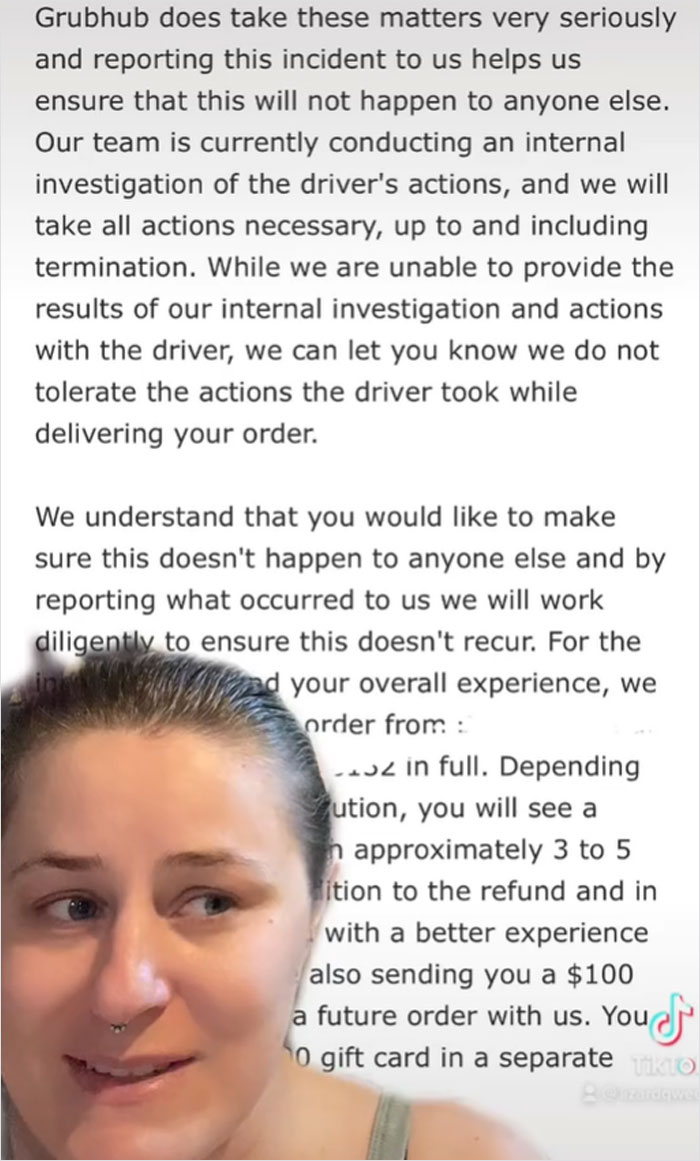 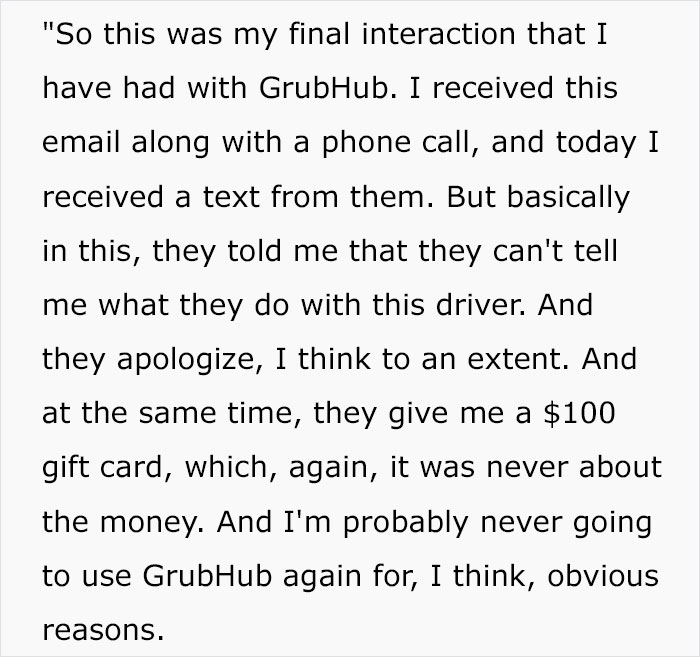 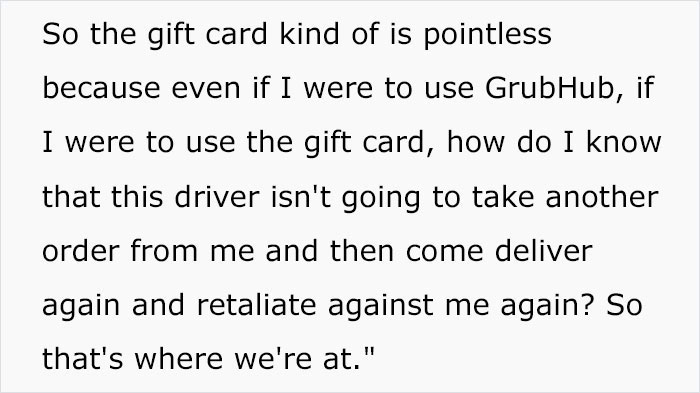 Later on, GrubHub tweeted a reply clarifying that they have “ended the driver’s contract” 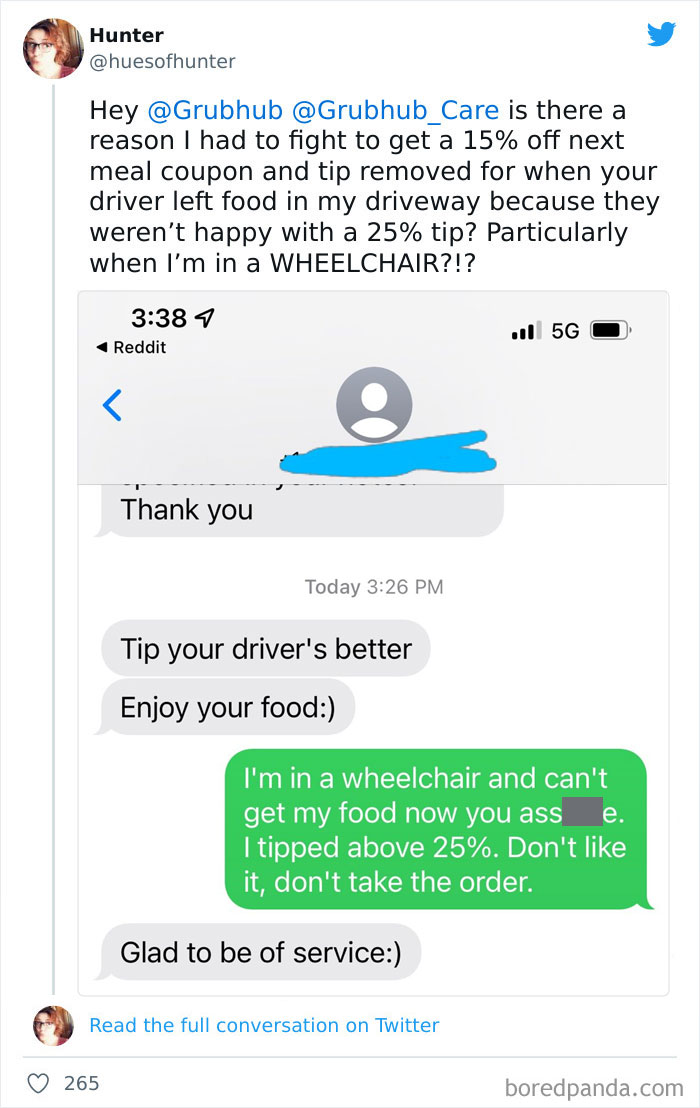 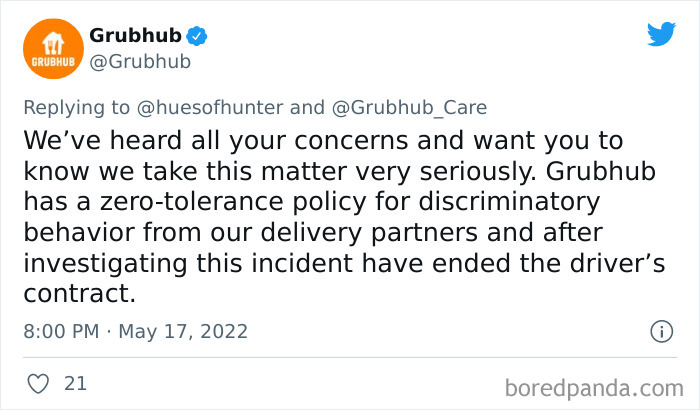 And here’s how people reacted to this story online

The post Woman With A Disability Is Appalled At GrubHub Driver Who Left Food Delivery Out Of Her Reach As Payback For Receiving Over 25% Tip first appeared on Bored Panda.