Rules are meant to help make everyone’s lives easier and more comfortable, but sometimes the people enforcing them lose sight of this, as they try to follow the regulations to the letter. It’s at these moments when people forget to follow the spirit of the law that it’s important to show them the ridiculousness of what they’re asking by complying with their demands. Maliciously. To. The. Letter.

Redditor u/graywoman7 shared a powerful story on the r/MaliciousCompliance subreddit about her local swimming pool’s dress code. The redditor explained that she doesn’t wear a sports bra while swimming because she has had a double mastectomy without reconstruction. “My chest is flat. I’m totally comfortable with how I look but prefer for my scars to be covered in public. […] I wear running shorts and a tight-fitting full coverage synthetic fabric dark-colored tank top. It works great.”

However, an employee of the aquatic center approached her about what she wearing, saying that her clothes didn’t fit the dress code. That’s when the redditor had the brilliant idea to follow their rules exactly as written. It caused quite a lot of amusement in the pool and the end result was a big win for the author of the post. You’ll find her full story below, dear Pandas.

A woman who had a double mastectomy was approached by pool staff because of her clothes. However, she had an idea to show them how ridiculous their rules were 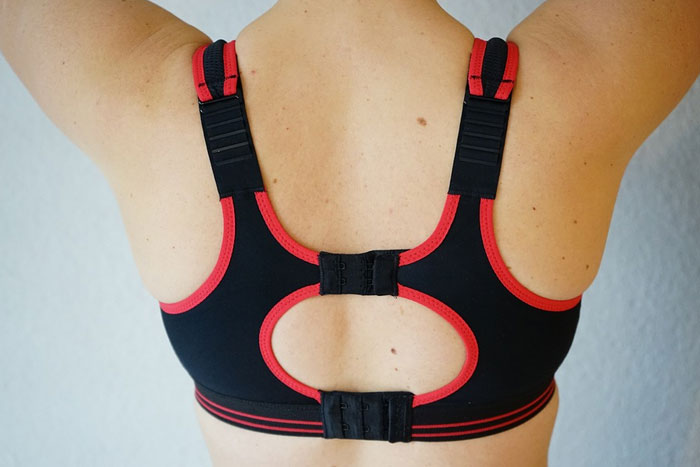 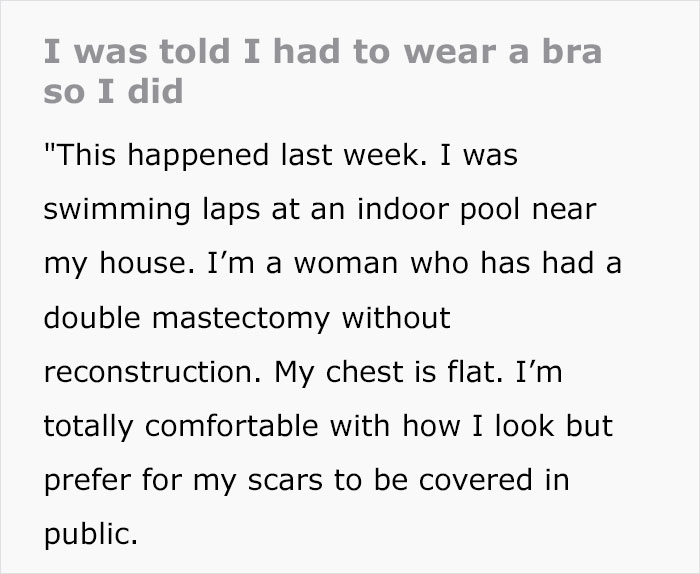 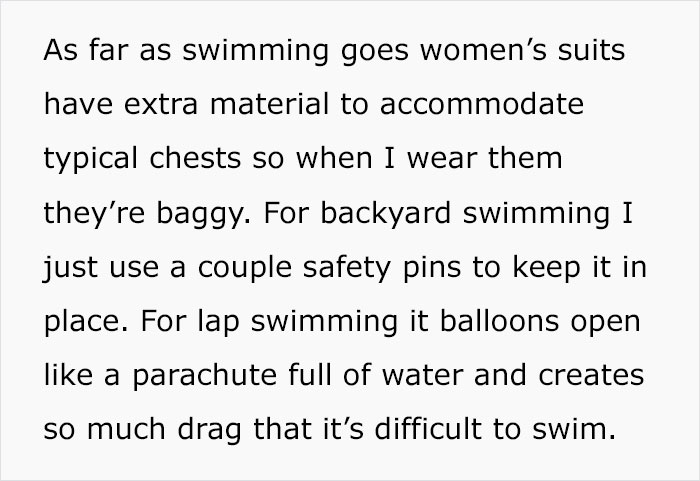 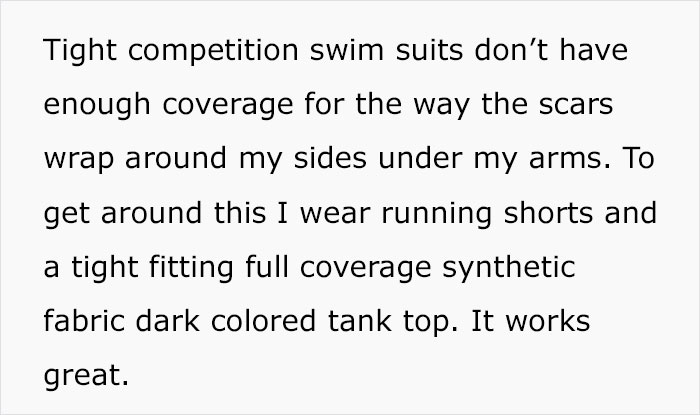 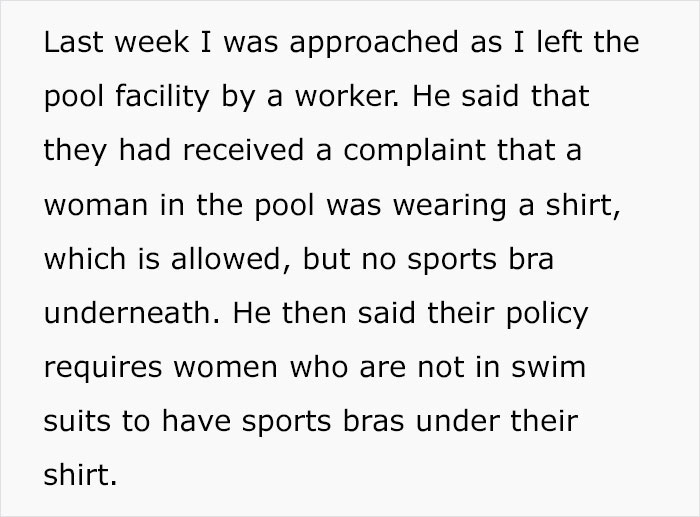 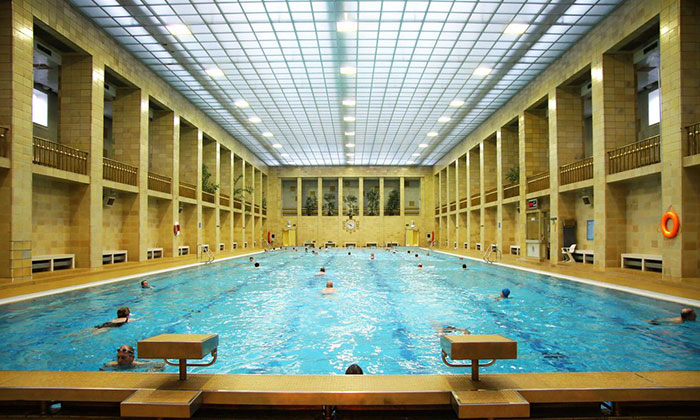 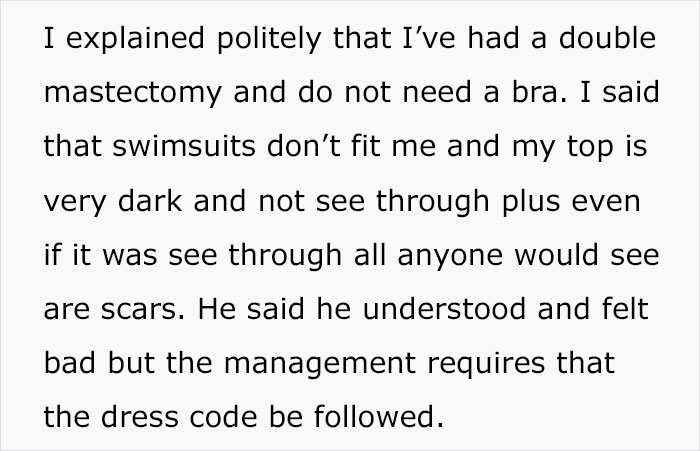 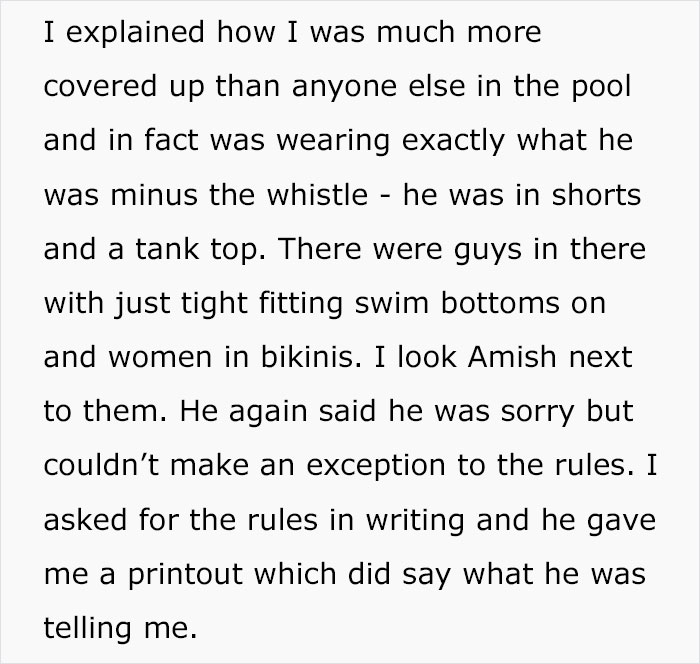 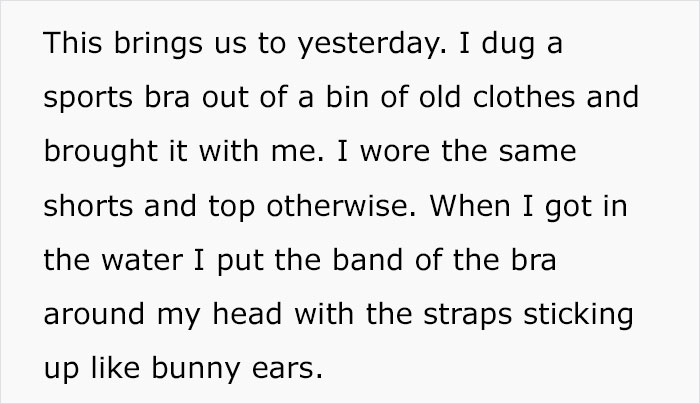 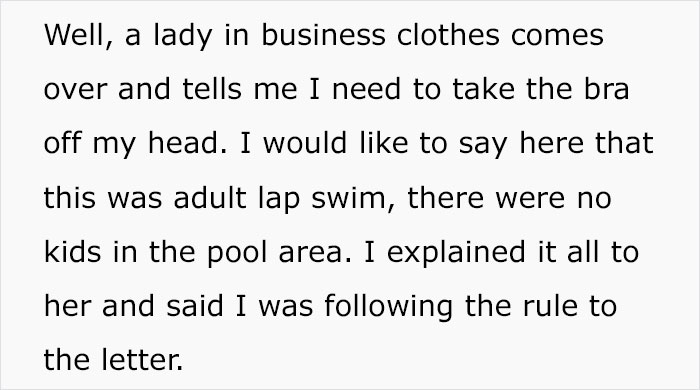 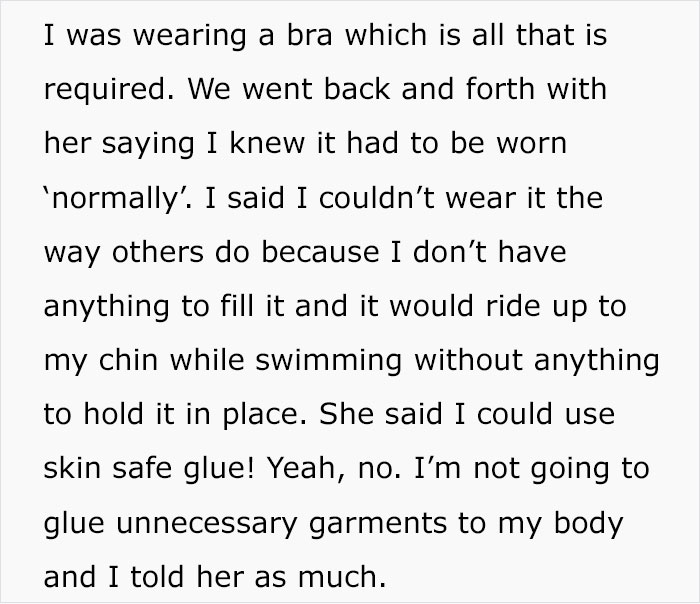 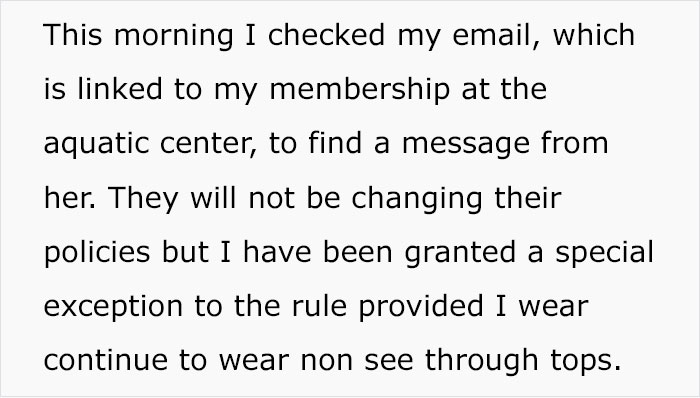 A double mastectomy, also known as a bilateral mastectomy, means that both breasts are removed. Some women who have a very high chance of getting breast cancer choose to get this surgery done as a way of reducing this risk. However, we wouldn’t presume to know the reasons for redditor u/graywoman7’s double mastectomy.

“When breast cancer is detected early and is in the localized stage, the 5-year relative survival rate is 99%. Early detection includes doing monthly breast self-exams and scheduling regular clinical breast exams and mammograms,” the NBCF said.

“That’s why it’s important for women to be aware of their own bodies, to go to their annual well-women exams, and to get their annual mammograms starting at the age of 40 or following their doctor’s best recommendation. We often hear of women who are embarrassed or just don’t have time for their check-ups. As women, it’s common for us to delay an appointment that seems to only be about us. Self-care is necessary and being proactive about our breast health is what we can do to make sure we are here longer for ourselves and our loved ones.”

The redditor’s story at the pool had a very positive ending. After following the dress code regulations to the letter and putting on a sports bra on her head, she was able to prove her point to “a lady in business clothes” who came over to argue about how it should be worn “normally,” even though the rules didn’t mention this.

The morning after the incident, the redditor found an email, granting her “a special exception to the rule” regarding pool clothes. “I wish they would have just gotten rid of the silly bra rule but I’ll take this and if I ever see another woman struggling with their swimsuit over a flat chest I’ll let them know they can wear something more comfortable,” u/graywoman7 writes.

The woman’s story went incredibly viral on Reddit. It got over 33k upvotes (and rising!) in less than a day, as well as a whole host of awards. “I have tears in my eyes reading the wonderful supportive comments. Thank you, truly, you’ve made me feel amazing. I will always keep my elastic tiara in my swim bag just in case,” she thanked internet users for all of their support.

Redditors have been massively supportive of the woman after she shared her story. Here’s what some of them had to say 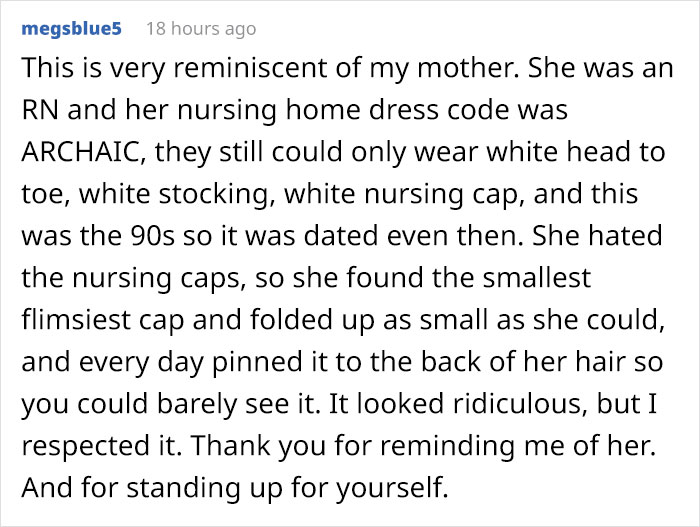 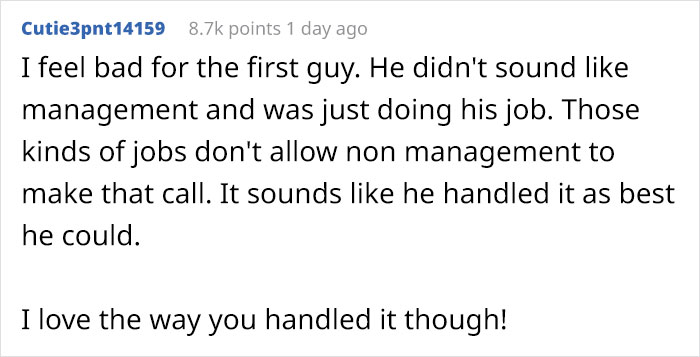 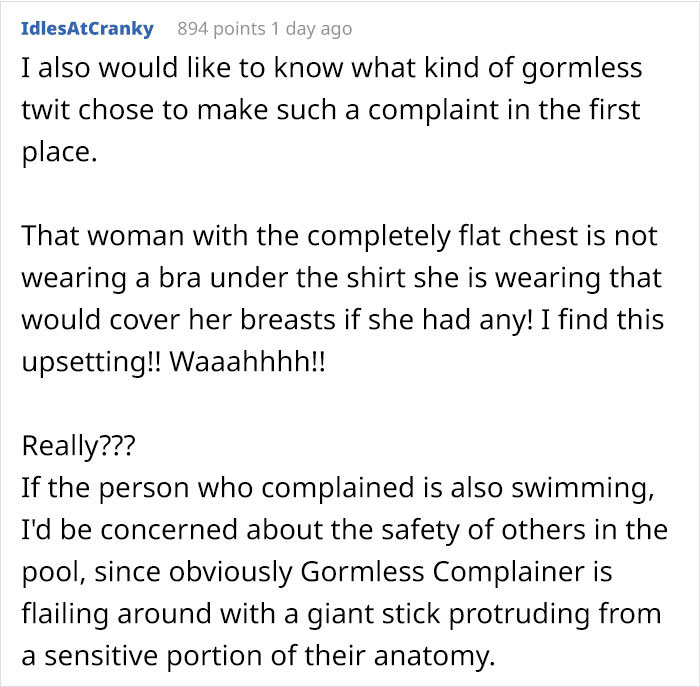 The post Woman With Double Mastectomy Was Told To Wear A Bra To The Pool, She Finds A Creative Way To Follow The Rule But Still Enrage The Manager first appeared on Bored Panda.