“What’s mine is yours, babe!” Many relationships function with an understanding along those lines. My partner lets me borrow his earbuds, and I let him use my blender. We buy groceries together, so it doesn’t matter who picked out what at the store, all of the food in our apartment is fair game for both of us. We may purchase items individually, but we live together now, and we’re always respectful of all of our things. There’s no need to argue over who owns what.

But every couple does things their own way, and apparently, some do like to draw lines in the sand about what belongs to each person. Earlier this week, one woman reached out on Reddit asking if she was in the wrong for refusing to compensate her husband for “providing” her with a work-from-home office. The office is simply a room in their home that was previously not occupied, but this man has suddenly decided that it warrants paying rent.

Below, you can read the full story, as well as some of the replies from frustrated readers, and let us know your thoughts in the comments section. Then if you’re looking for another Bored Panda article featuring drama surrounding spouses’ finances, you can find that right here!

After her husband started demanding compensation for “letting” her use their home office, this woman reached out online for advice 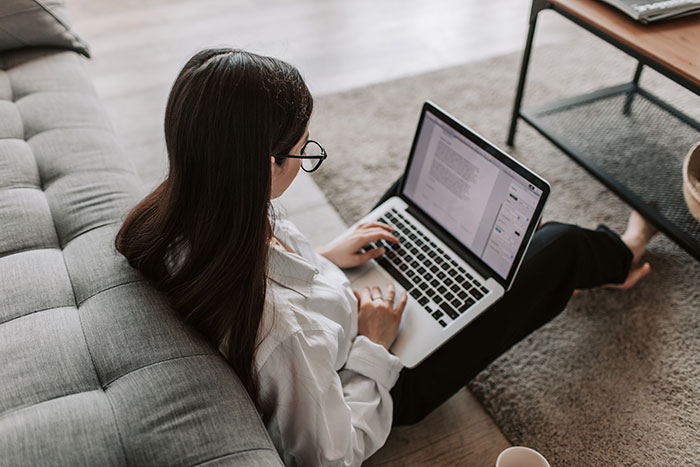 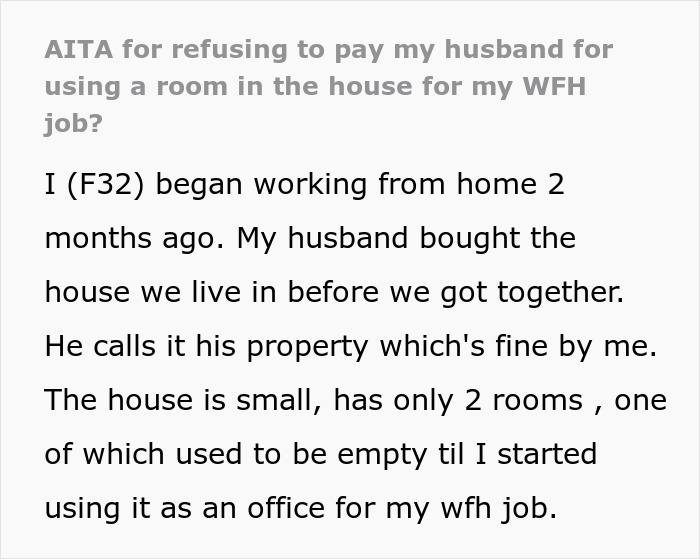 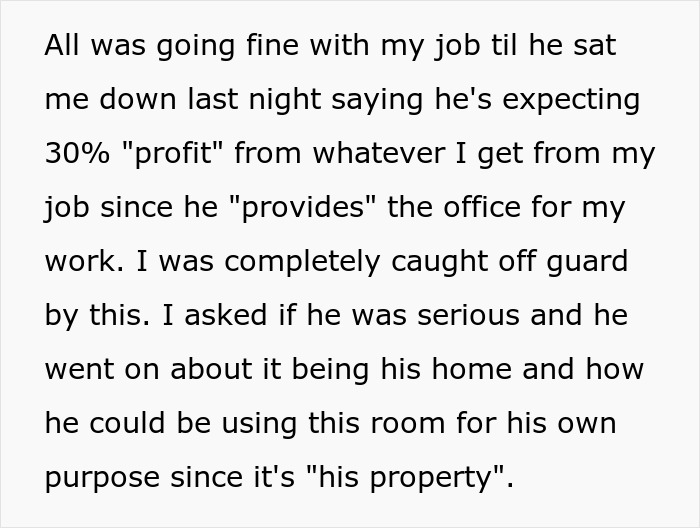 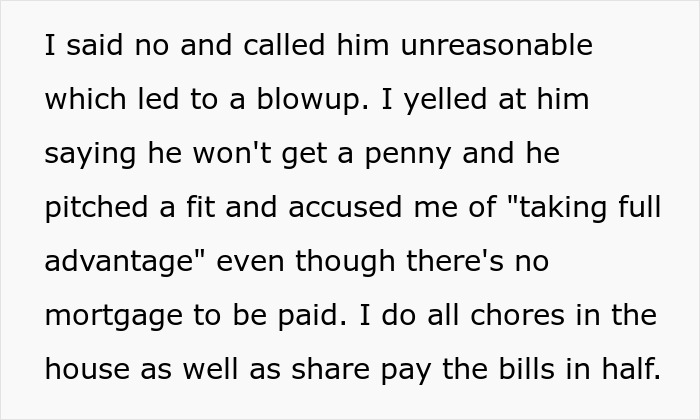 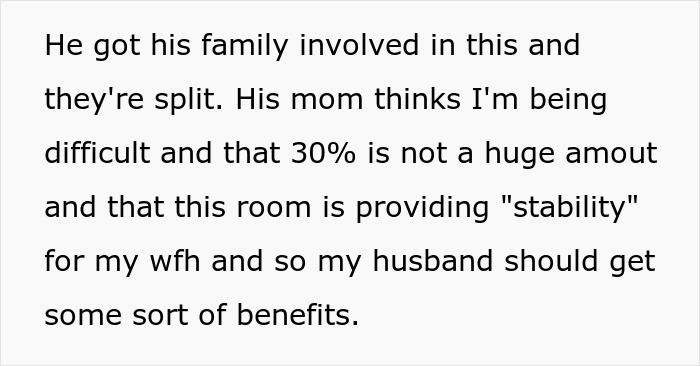 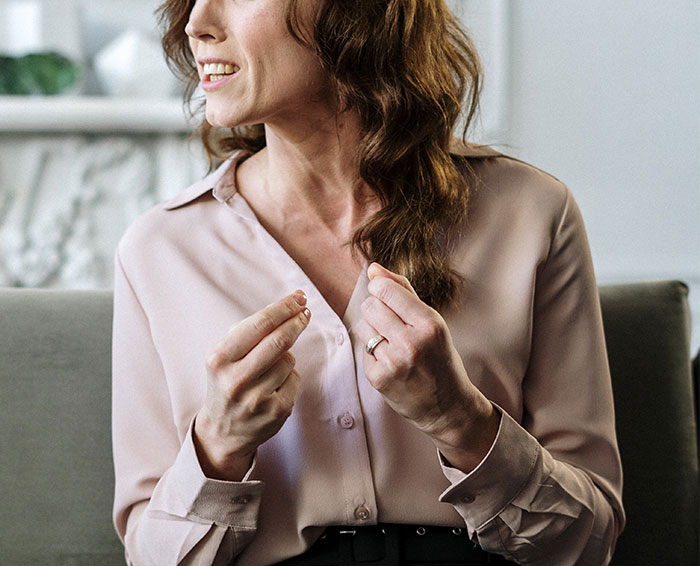 Agreeing on how to balance finances in a marriage can be tricky. If one person earns much more than the other, they should not feel expected to give their partner unlimited access to their funds. Partners don’t necessarily even need to disclose exactly how much they make with one another. But once that money has already been spent on things that both parties benefit from, such as a home, appliances, and a Netflix subscription, it seems a bit unfair to be holding those things over the other person’s head. When you love someone, you want to share with them. Love usually makes people more generous, rather than stingy or greedy.

Demanding that a partner hand over a portion of their income to their spouse, especially a significant chunk such as 30%, actually qualifies as a form of financial abuse. According to Verywell Mind, “Financial abuse [in a relationship] involves controlling a victim’s ability to acquire, use, and maintain financial resources. Those who are victimized financially may be prevented from working.”

Some of the trademark signs of financial abuse are exploiting a partner’s resources, interfering with their job, and controlling shared assets. “They might demand that you turn over your paycheck, passwords, and credit cards,” Sherri Gordon writes for Verywell Mind. This husband may also be interfering with his wife’s job if he starts to make working from home more challenging for her, unless she agrees to start paying “office rent”. Their home is a shared asset that he has decided to control as well, likely making it impossible for the woman to feel safe and secure there.

Perpetrators of financial abuse often aim to make their partners dependent on them, by pressuring them to quit their jobs. Although this man has not gotten to that point, his need to exercise control over his spouse’s finances has become very concerning. As many of the commenters noted, this woman needs to stand her ground and refuse to give into his demands. And if he won’t seem to budge, it might be time to say goodbye to the marriage.

We would love to hear your thoughts on this topic below, pandas. I hope you’ve never found yourself in a similar situation, but if you have, feel free to share any words of wisdom you may have. And if you’re interested in reading another article from Bored Panda discussing similar themes, we recommend checking out this story next.

Readers have assured the woman that she is right to stand her ground, with many calling out the husband for his ridiculous demands 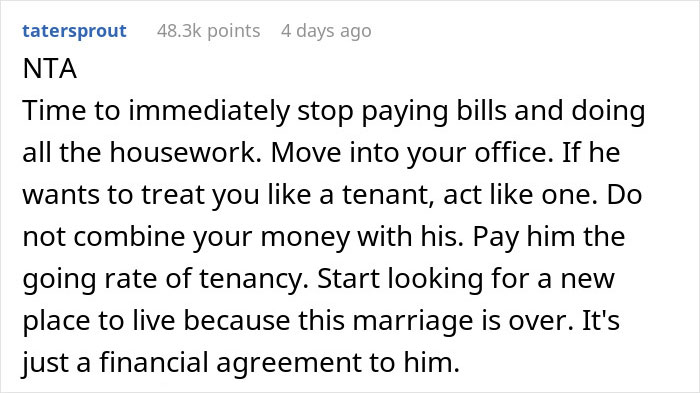 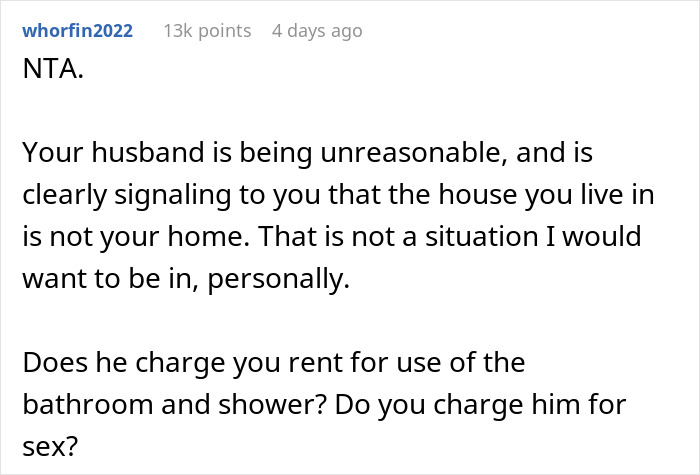 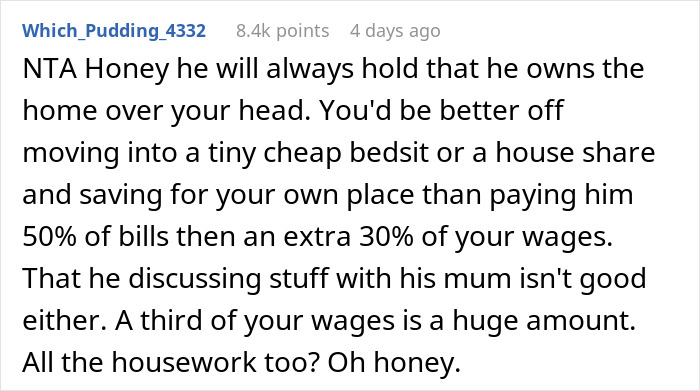 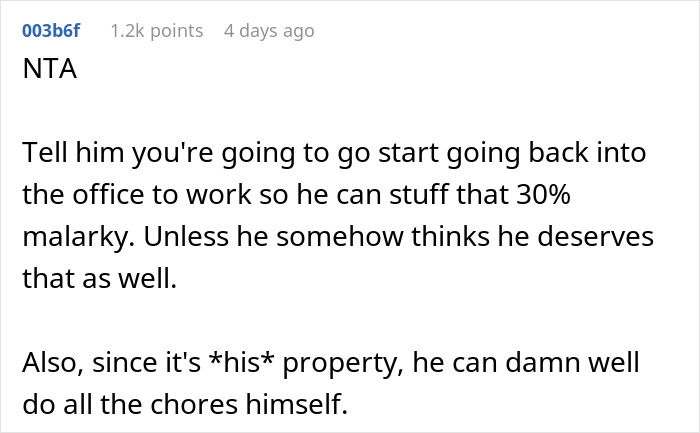 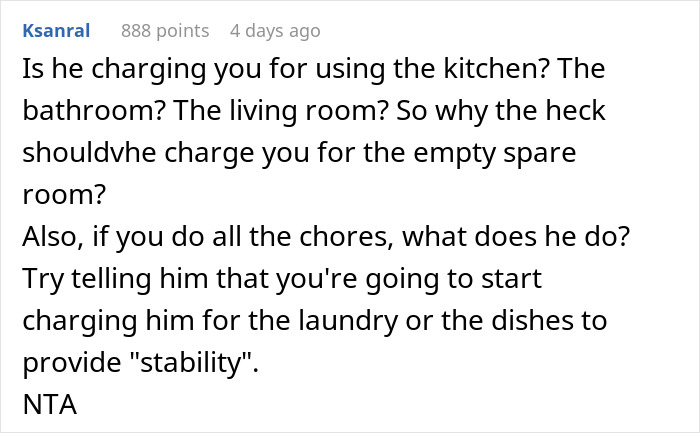 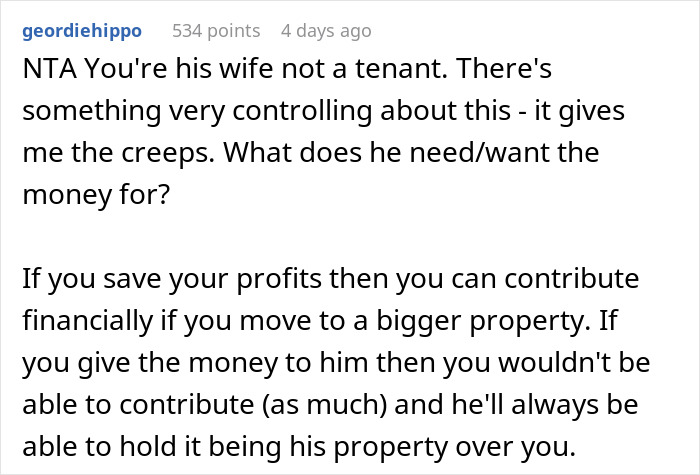 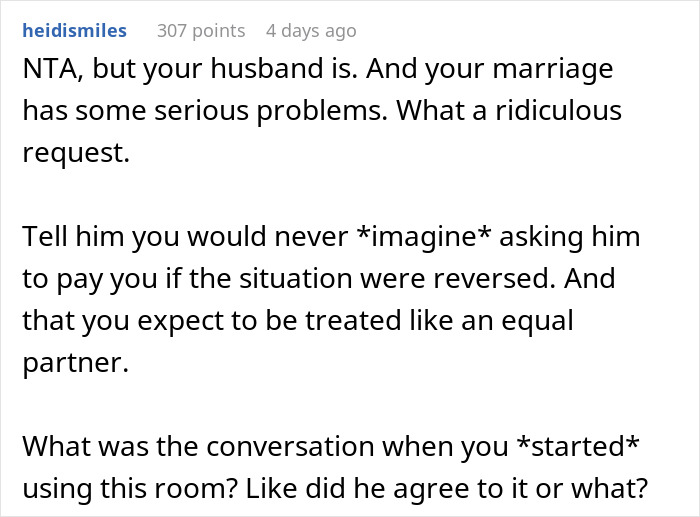 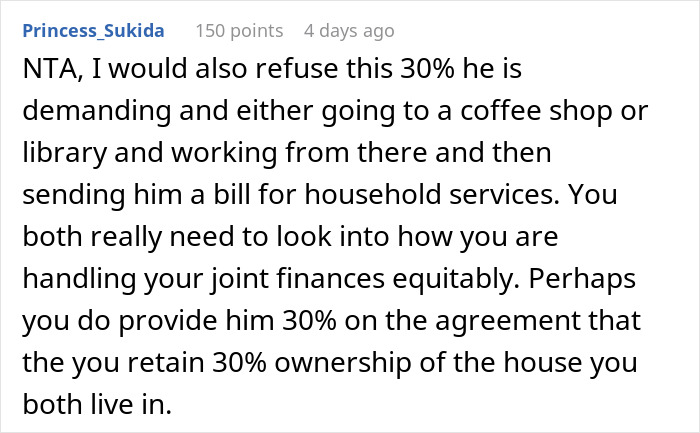 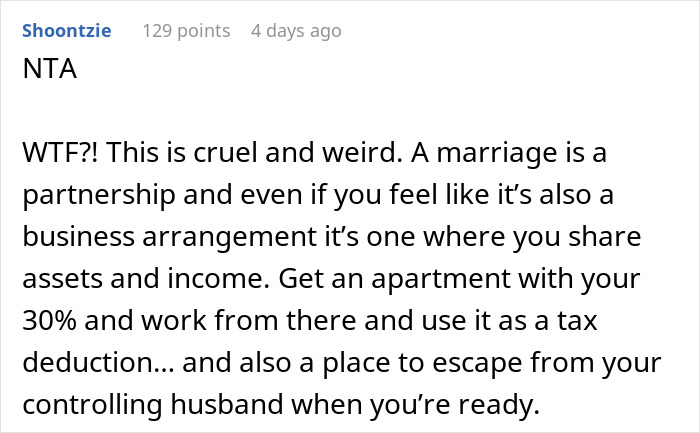 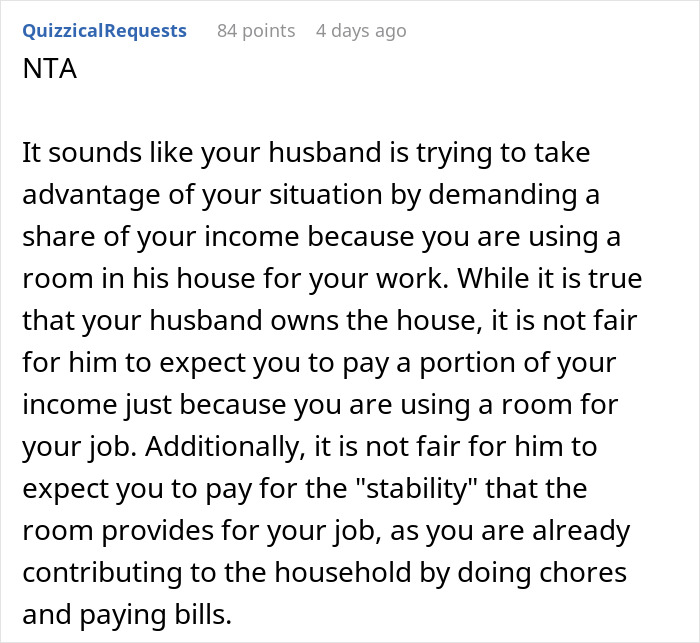 The post Woman Wonders If She’s A Jerk For Refusing To Pay Her Husband 30% Of Her Pay For Using One Of Their Rooms As An Office first appeared on Bored Panda.