When you are a new mom or dad, joining an online parent support group can be a savior. After all, there’s just so many things you don’t know or need advice on, and luckily, there are people going through the same thing as you. Plus, you make friends!

But it turns out, not everyone is convinced by the content of these mom groups. In fact, one unknown woman explained why she insists on staying in them, by sharing this sarcastic post. “It’s like a train wreck that you can’t quite look away from,” she wrote and shared a handful of rather dumb questions and even more hilarious responses to them.

People applauded the post for being “tragically accurate,” so read it in full right below. Also, share what you think of social media groups for moms in the comments below!

Recently, someone has shared this sarcastic post from a woman who explained why she insists on staying in mom groups on Facebook 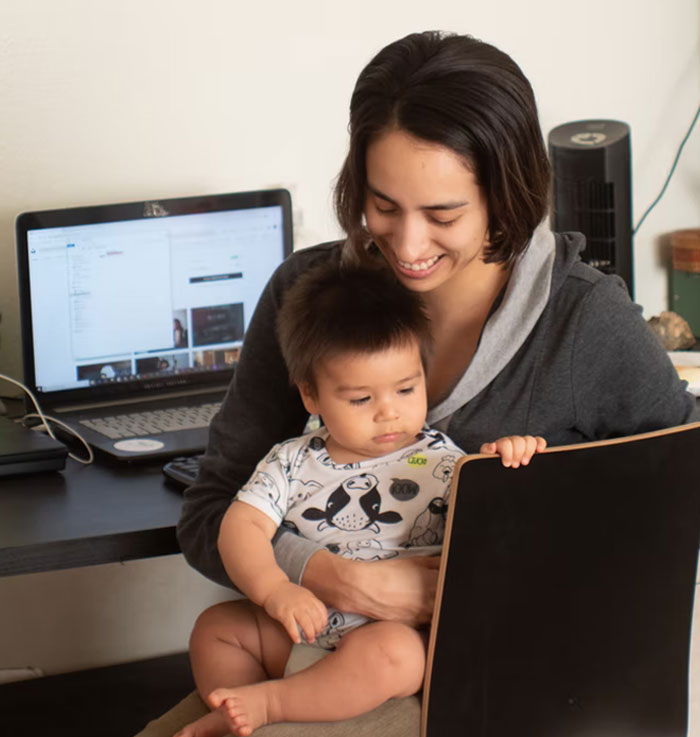 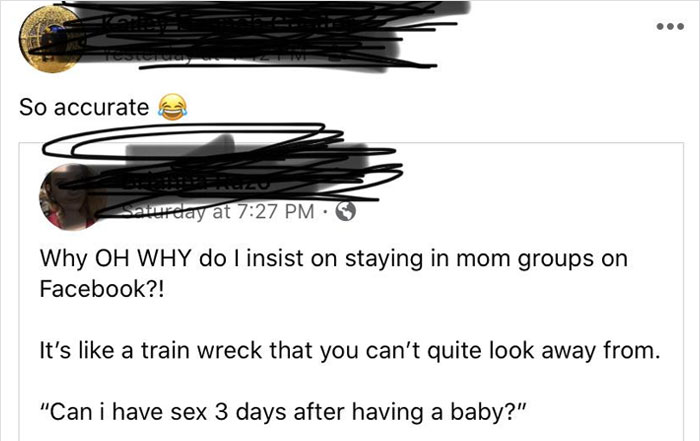 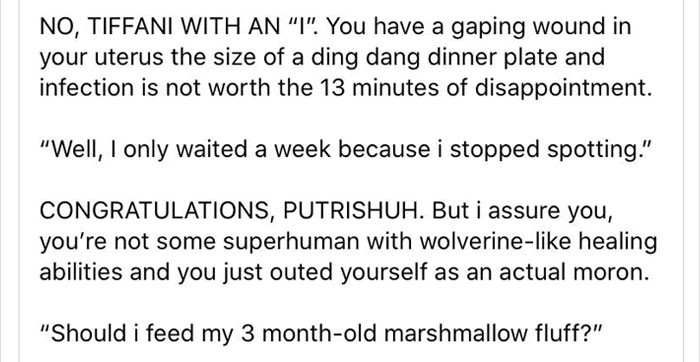 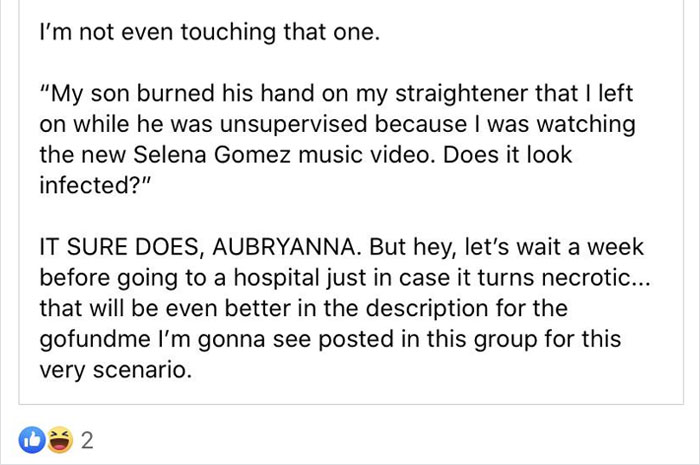 While some of the mom groups online are genuinely wonderful resources for support, advice, and interaction, others may indeed raise an eyebrow. From the anti-vax sentiments, bogus claims to mind-boggling levels of Karenesque entitlement, you can find it all in some of them.

People on Reddit have known this all along, so they created a subreddit dedicated to “Mom Group Drama.” Their description invites people to share the drama like “Essential oils cure all? Anti-vax show down? Cat fight over circumcised d****?” They claim to be “here to judge the ‘No Judge’ culture of the internet mom groups.”

But such “anti-mom group” groups may not be that innocent either. In fact, many claim they contribute to the growing trend of mom-shaming on social media. The data shows that moms clearly do feel the effect of these groups. According to a 2017 national poll of nearly 500 moms conducted by Michigan Medicine’s C.S. Mott Children’s Hospital, almost two-thirds have felt mom-shamed.

Moms are not the only target. Brides are often shamed in similar groups known as wedding-shaming groups where people roast anything from decor to dress. But the whole narrative where open competition and criticism of others is present projects the insecurity and instability of the person who’s criticizing. The need to clap back at people doesn’t come from a good place, and so, for many reasons, the mom-versus-mom narrative should retire. 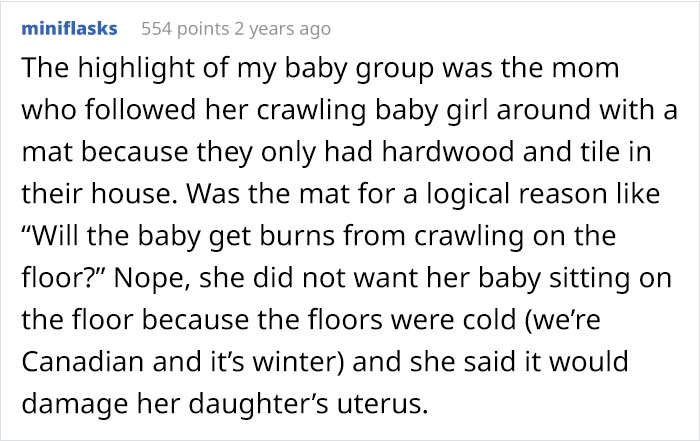 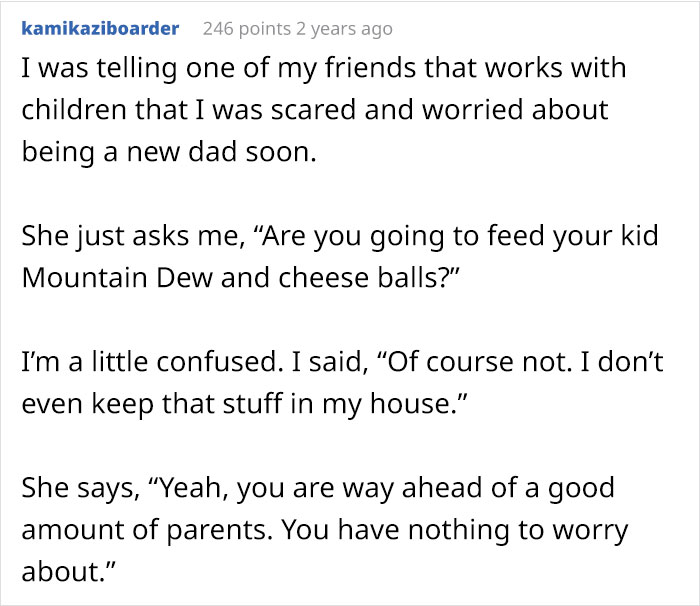 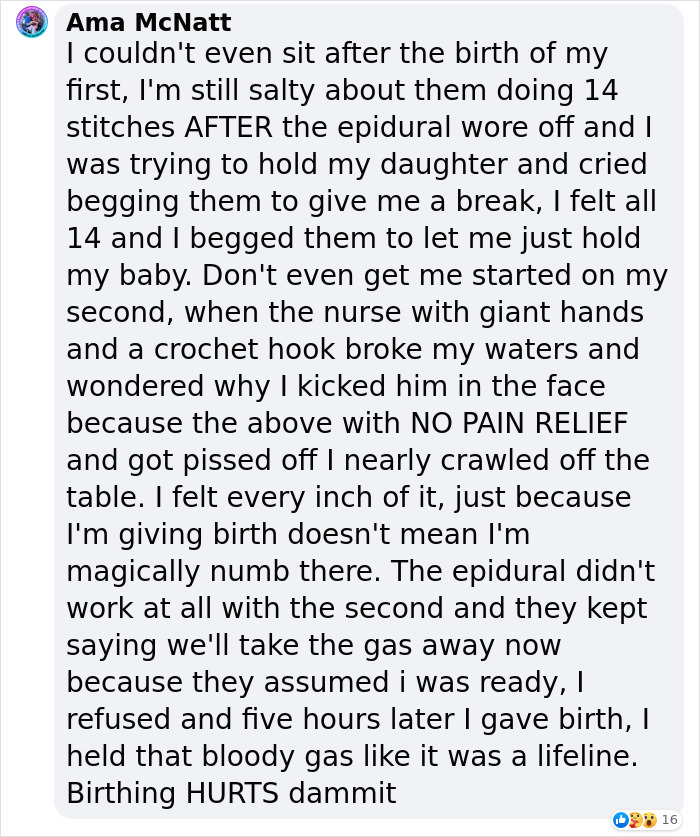 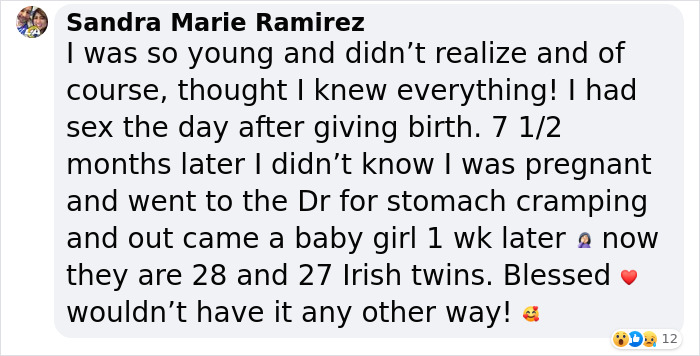