No matter how hard some of us try to plan our life and want to be prepared for every situation that comes our way, sometimes things just happen and we have to deal with it the best possible way that is suggested at that certain moment. This becomes really challenging when people have a lot on their plate, trying to keep a balance between family life and work. To keep this balance becomes quite difficult once a person and their partner decide to have kids. In a lot of countries, this means that it is time to take some time off of work and focus on building a family. However, this is not the case everywhere.

A young mom named Marissa shared a TikTok video where she was about to go into labor, but before that, she made sure to warn her boss about the situation 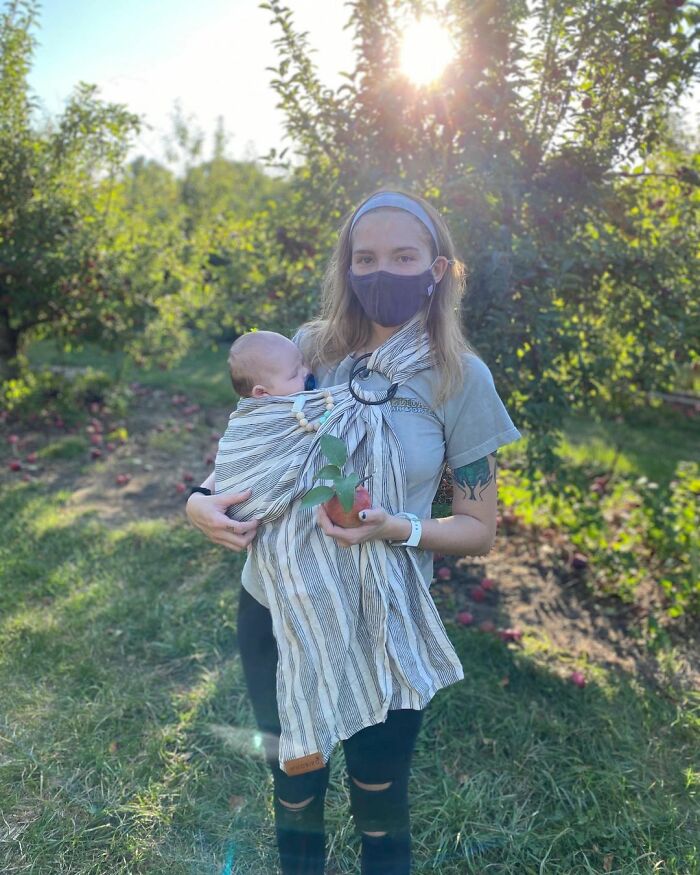 TikTok user @mpmoney27 decided to share a video that soon became viral with 5M views. The video showed the woman who was about to go into labor, laying in a hospital bed with her phone writing a text message to her boss, wanting to let them know that she wouldn’t be able to come to work because she was about to deliver a baby. This TikTok started a discussion online about the harsh reality that working people face when having to skip work because of various emergencies, or in this case, labor. 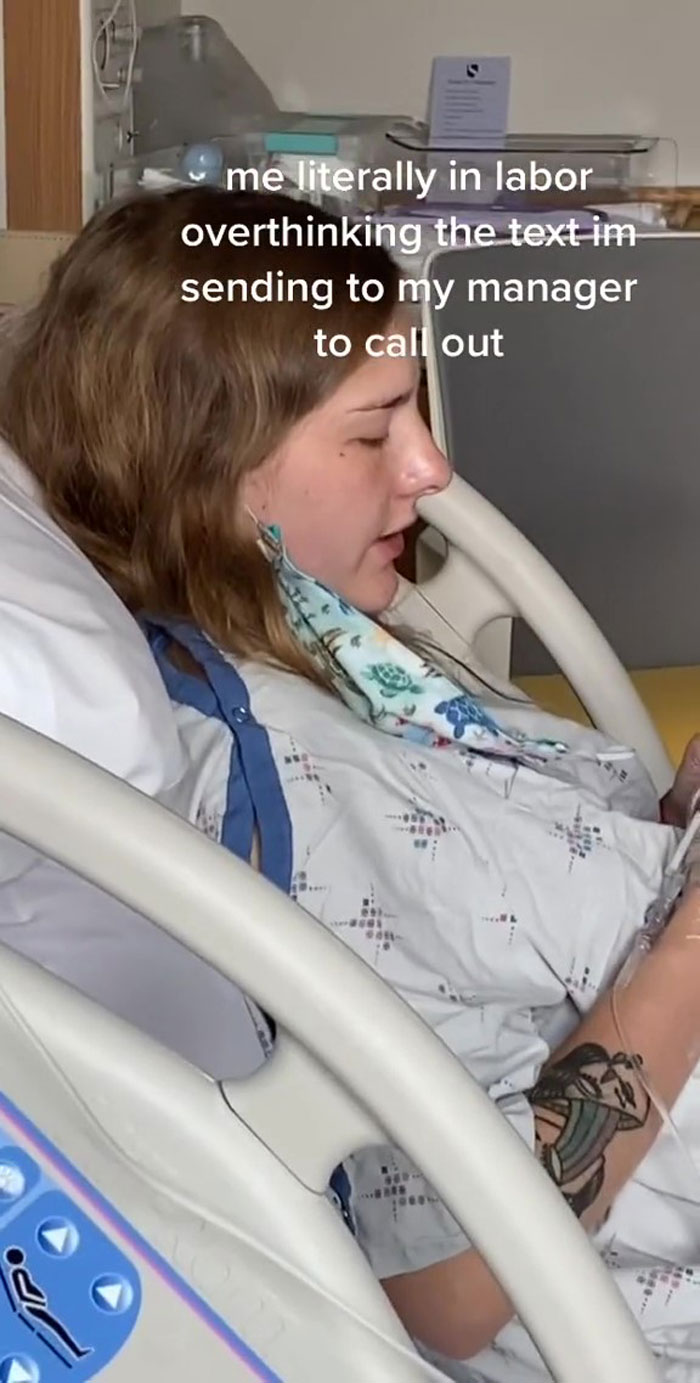 On July of last year, Marissa Peirce gave birth to her son Charles. The woman much later shared a video where she was already admitted to the hospital, where she was about to go into labor. The woman shared with Buzzfeed that they weren’t expecting the baby for another one and a half weeks, so once she was in the hospital, Marissa started writing a message to her workplace to let them know that she wouldn’t be there for her shift. 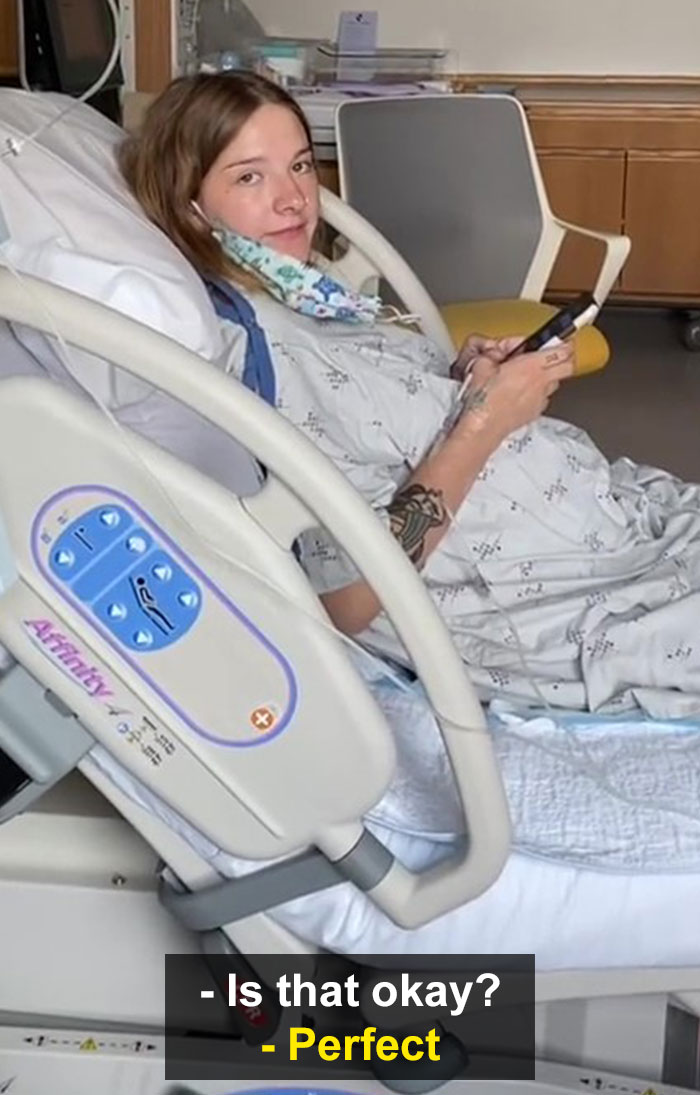 The woman who works at a drive-thru coffee shop wanted her boss to know that she was in labor, also asking whether it would be okay for her mom or brother to come and pick up her paycheck. The woman read the text to her husband who then assured her that the message was “perfect.” It might seem that in such a situation, work-related logistics shouldn’t be the primary concern, and Marissa was just overthinking it, but the comments next to her video proved this to be a common practice. 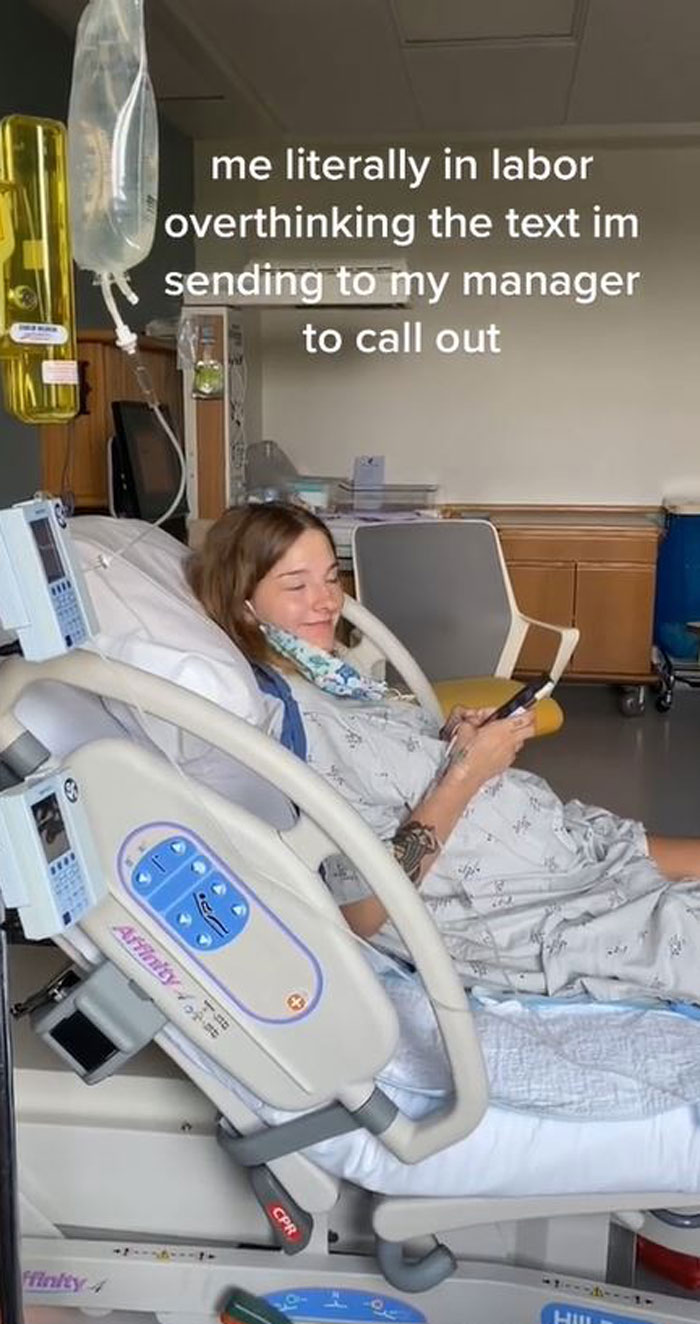 A lot of people, especially moms, shared that being in labor or having some medical procedure won’t stop workplaces from asking whether they can still come to work or make sure someone would cover their shift. This is why Marissa seemed really concerned about sending the text message, asking for assurance that it was “okay.” The TikTok post as well as people’s comments revealed the sad truth of how a lot of employees receive no maternity or paternity leave, are asked to be back to work without being healed properly after a difficult surgery, or after losing a loved one.

What do you think about this situation? Have you ever found yourself in a similar position? Don’t forget to leave your thoughts in the comments down below!

You can watch the full video down below!

The post Women Online Are Sharing Similar Experiences After Seeing This Video Of A Soon-To-Be Mom Stressing Over Her Text To Boss While In The Hospital Giving Birth first appeared on Bored Panda.