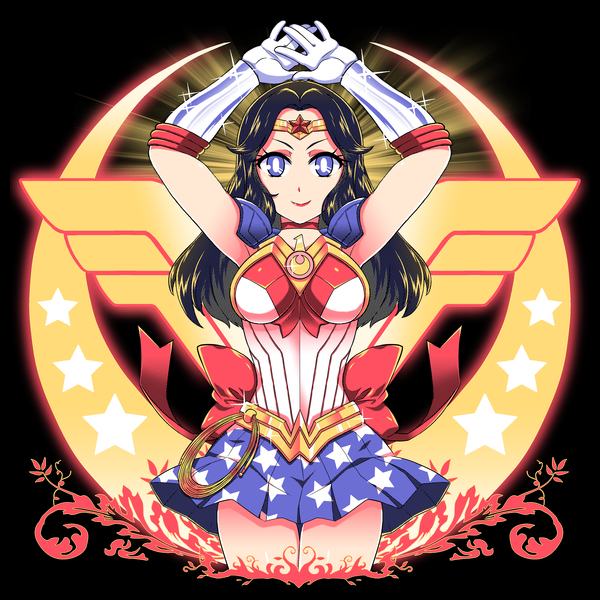 Even super powered individuals have heroes, and for Sailor Moon there’s no greater hero on Earth than Wonder Woman. She’s the only superhero who ever made Moon swoon, and she aspires to be like Diana in every way except one- she’s keeping her hair just the way it is. Usagi also doesn’t really care for swords so she probably won’t be swinging that around like Diana does, and she relies on her brooch to give her power so that will have to be part of the getup too…on second though maybe Sailor Moon should just cosplay as Wonder Woman!

Dress to impress your fellow fans by wearing this Wonder Moon t-shirt by Coinbox Tees, featuring a super cool design that will definitely get you lots of love!

Visit Coinbox Tees’s Facebook fan page, Twitter and Tumblr, then head on over to their NeatoShop for more mighty geeky designs: