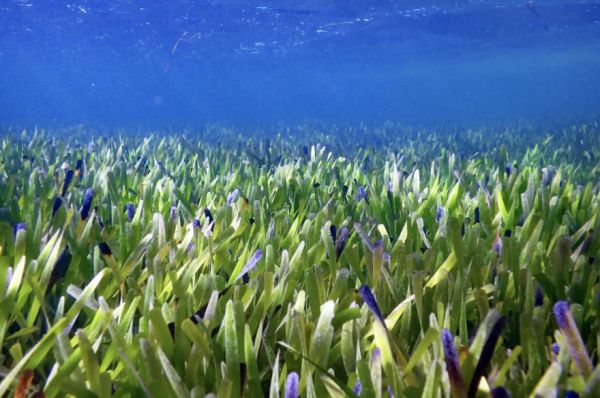 You’d think the world’s largest plant would have already been “discovered,” but this one is in the ocean. Also, it’s been seen quite a lot, but scientists have recently discovered that a field of seagrass is all one connected plant. The species of seagrass is Posidonia australis, also called fibre-ball weed or ribbon weed. The single plant with its millions of blades covers 200 square kilometers, or 77 square miles! That dwarfs the previous record holder, a quaking aspen called Pando that has 47,000 stems covering less than a square mile.

The seagrass is in Shark Bay off the coast of Western Australia. The enormous plant is believed to have started with a single seedling some 4500 years ago, and has spread by sending out shoots of rhizomes. Genetic studies show that its DNA is identical from one end to the other. The plant has yet to earn a nickname, and I think we can do better than Pando this time. Read more about the largest plant in the world at the Guardian. -via reddit