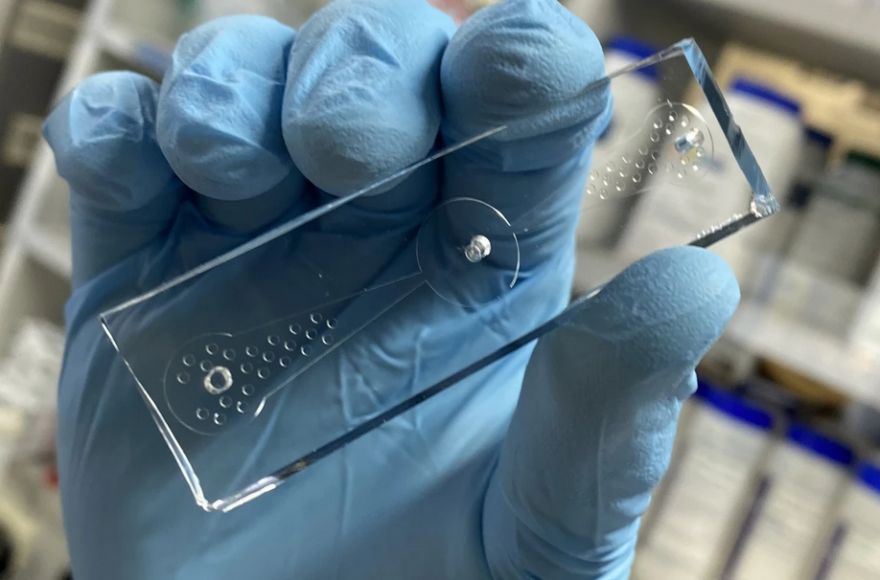 It’s a worm on a chip! Well, a roundworm to be more precise.

A team of researchers from Myongji University in Korea studied a species of tiny roundworms called Caenorhabditis elegans to find out if they can turn the small creatures into diagnostic tests for lung cancer. Prior lab studies have shown that this kind of worm tends to move toward samples that belong to patients with cancer.  “It’s well known that the soil-dwelling nematode, C. elegans, is attracted or repelled by certain odors, so we came up with an idea that the roundworm could be used to detect lung cancer,” lead researcher Shin Sik Choi explained.

The researchers created a plastic chip with a well at both ends of the chip, in which one would contain a culture from lung cancer cells and the other would contain the healthy cells. The roundworms are placed at the channel between these two sections. Early results on testing the chip showed that a significantly higher volume of worms moved to the lung cancer cells than the healthy cells. This could be used to detect cancer cells with 70 percent accuracy. “We will collaborate with medical doctors to find out whether our methods can detect lung cancer in patients at an early stage,” Choi added.